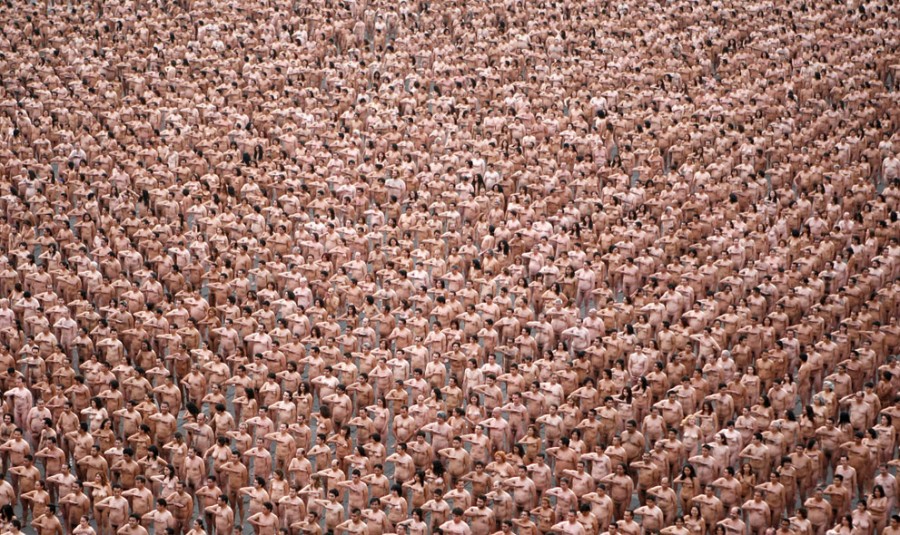 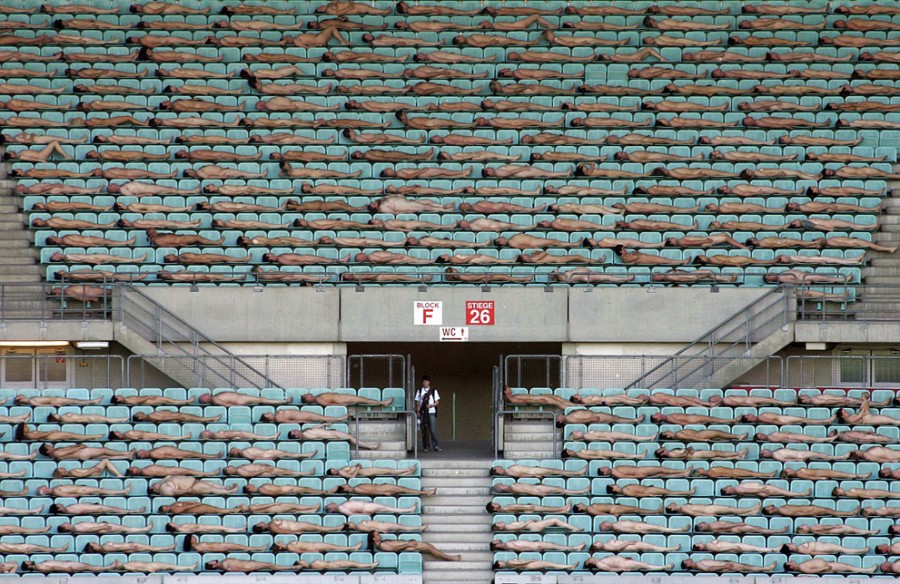 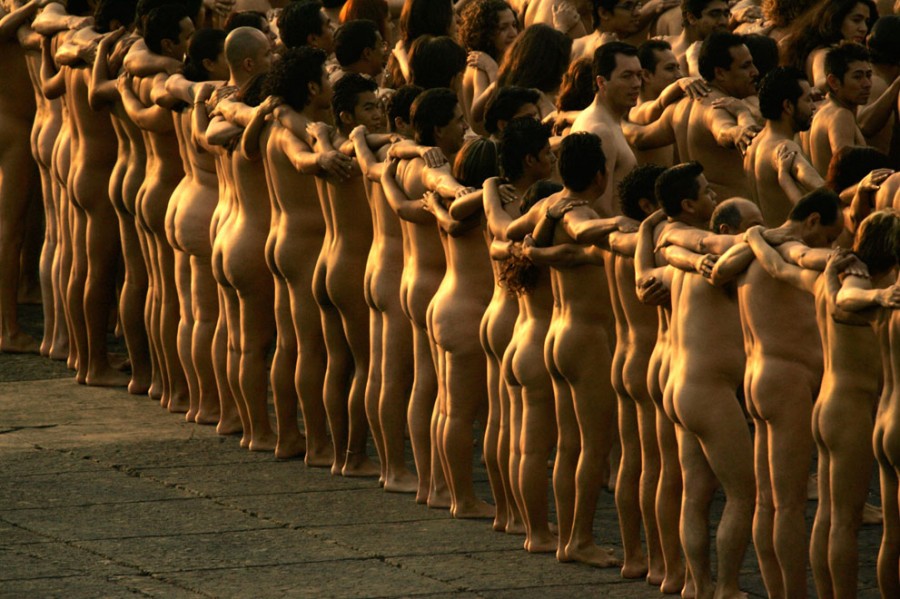 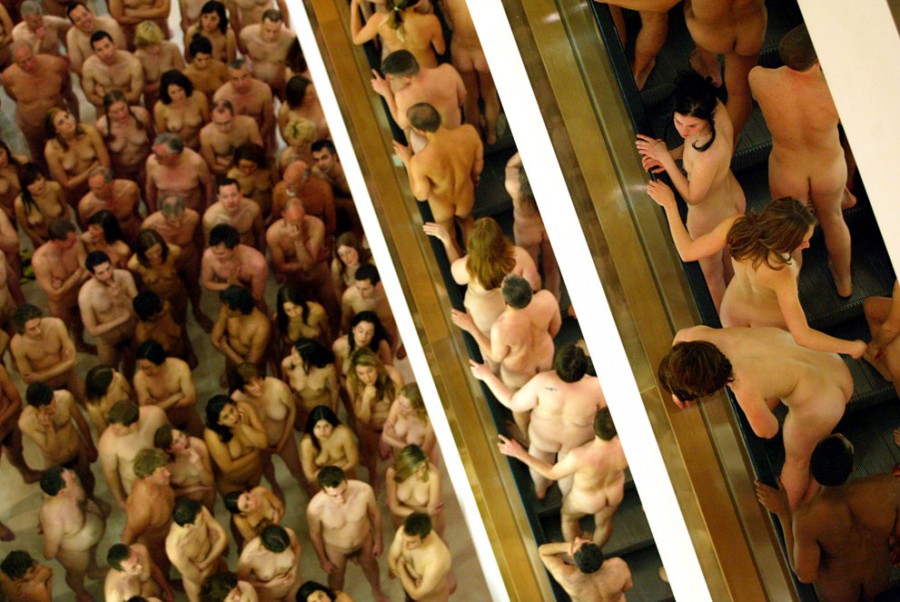 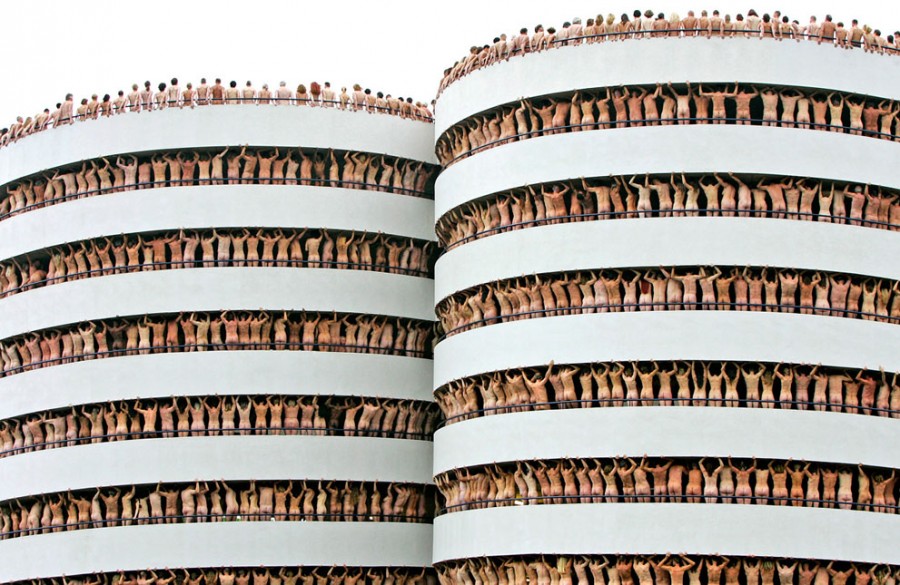 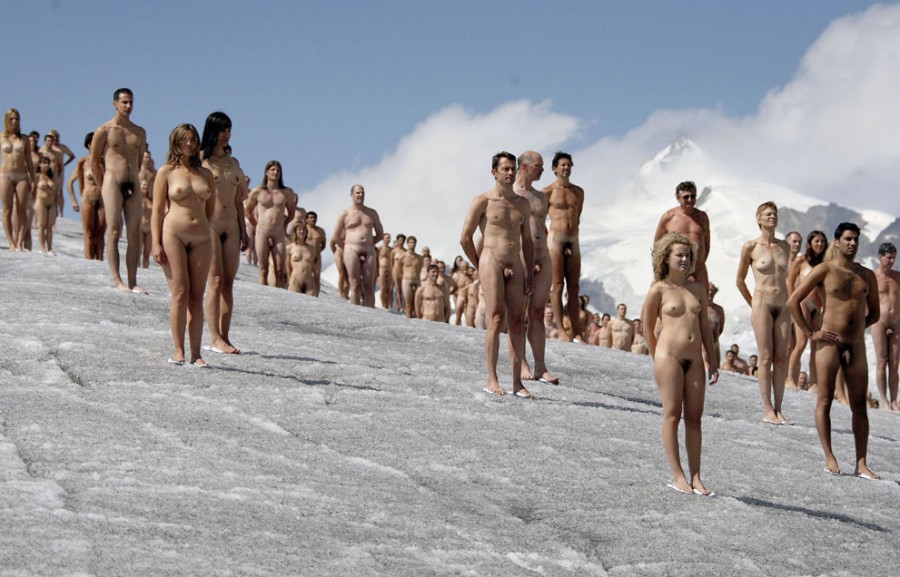 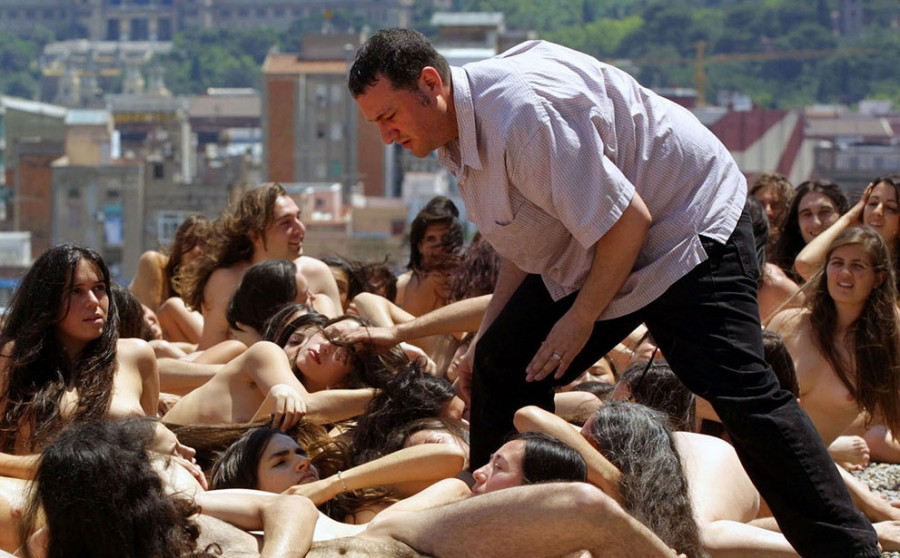 'Spencer Tunick stages scenes in which the battle of nature against culture is played out against various backdrops, from civic center to desert sandstorm, man and woman are returned to a preindustrial, pre-everything state of existence.  Tunick has traveled the globe to create these still and video images of multiple nude figures in public settings. Organizing groups from a handful of participants to tens of thousands, all volunteers, is often logistically daunting; the subsequent images transcend ordinary categories and meld sculpture and performance in a new genre.' If you would like to sign up to pose in one of Spencer's upcoming projects, you can do so here.