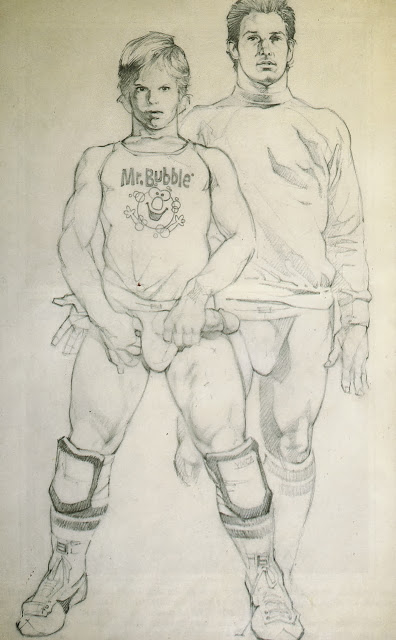 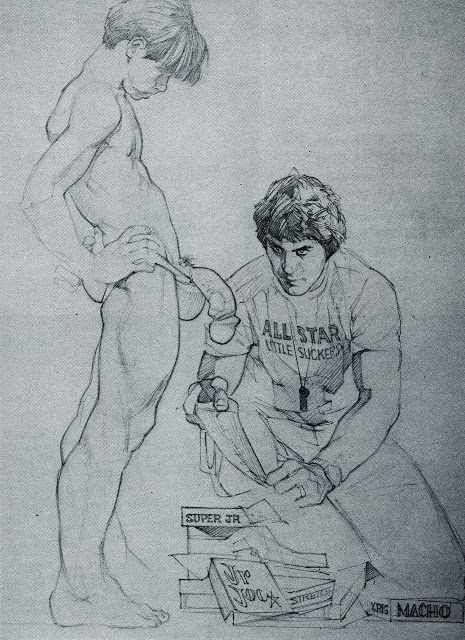 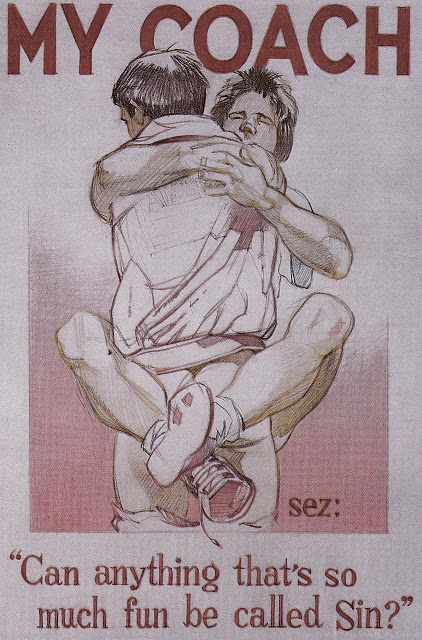 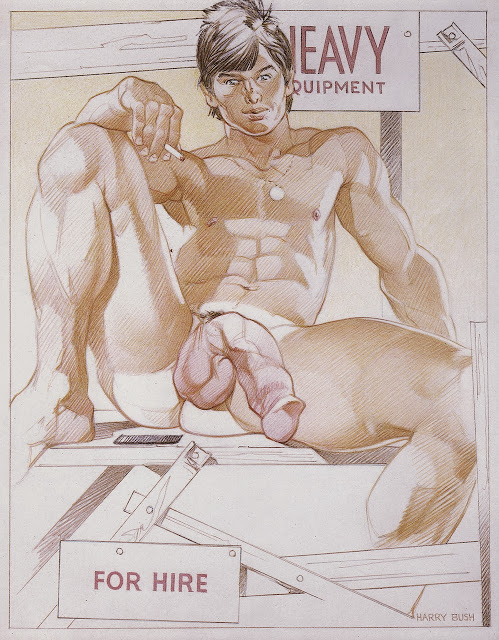 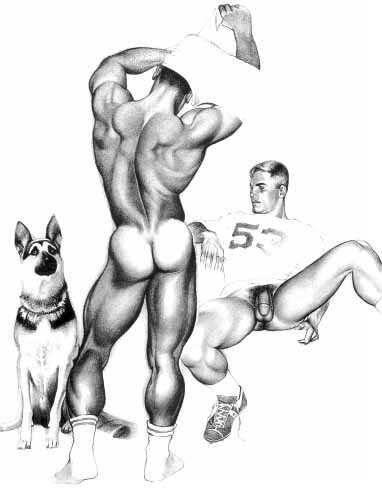 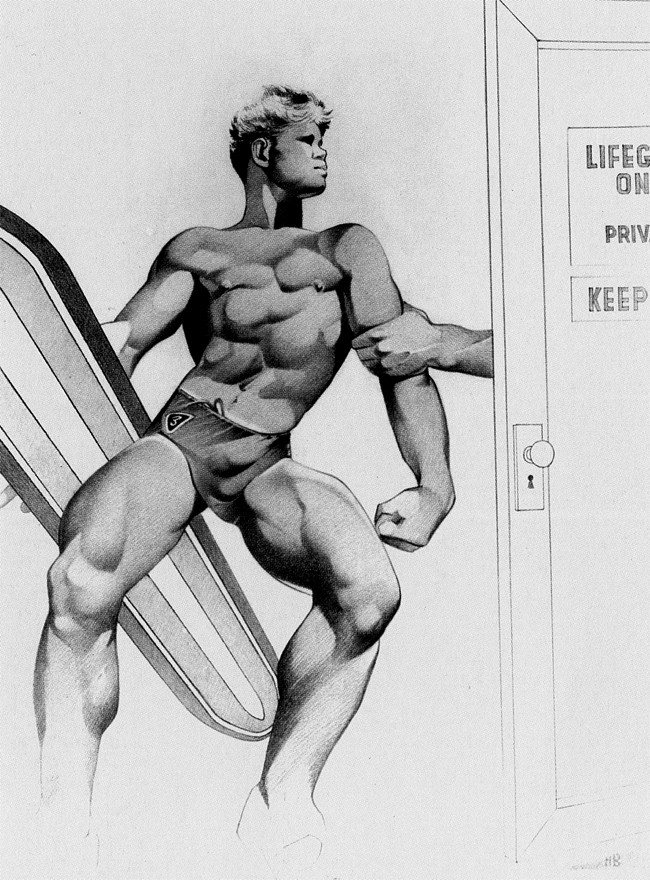 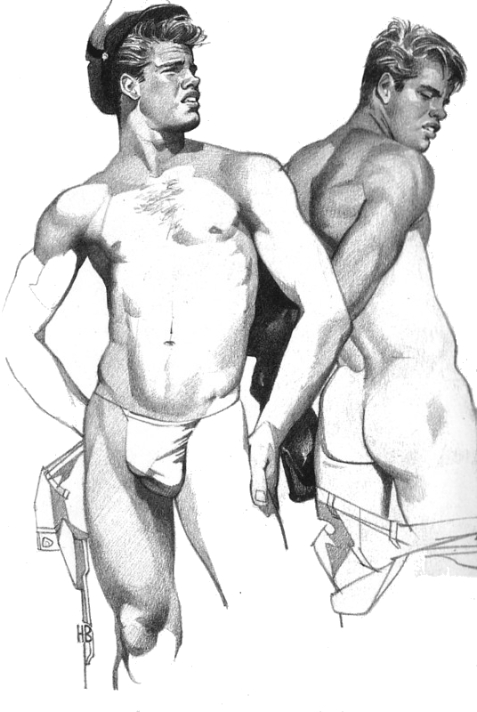 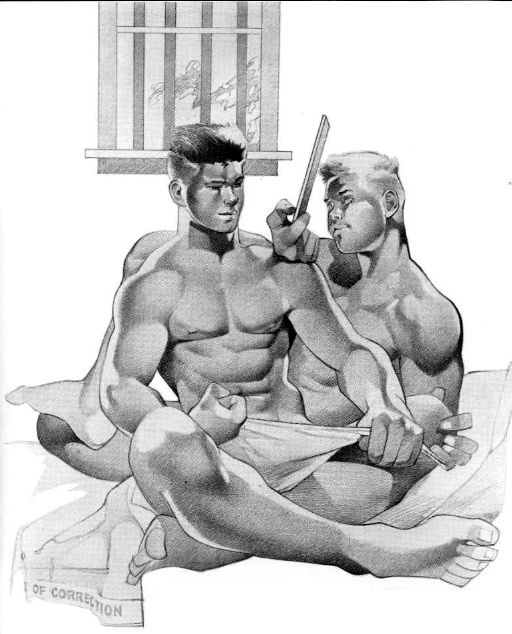 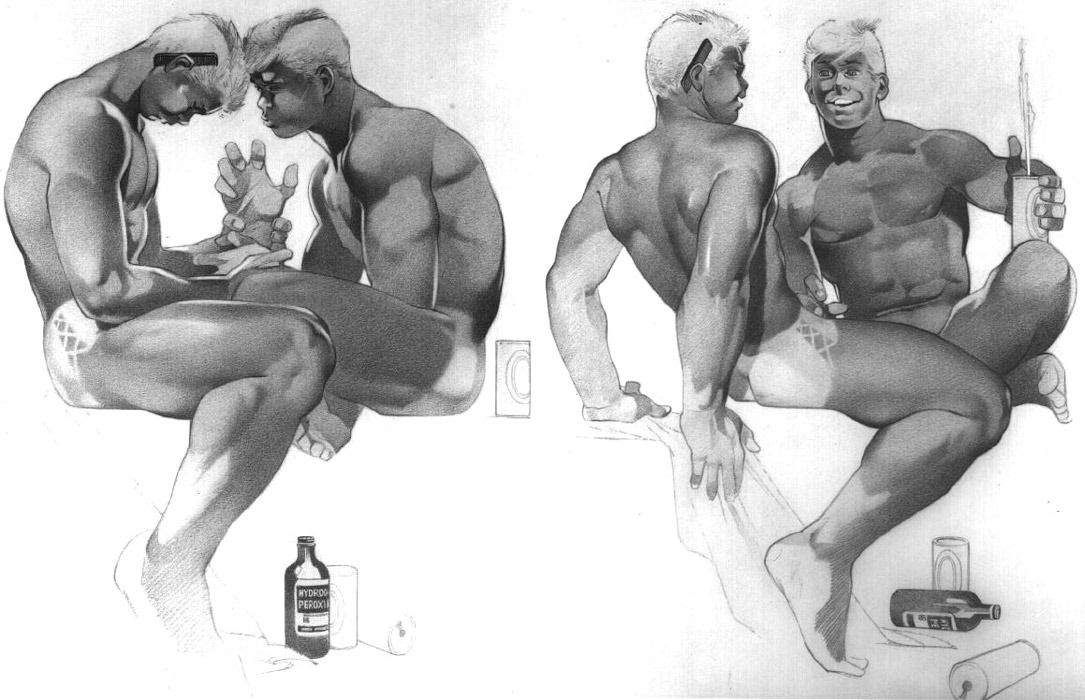 Harry Bush, a witty and paradoxical gay artist, was known for his isolation from the outside world at certain points, which led him to destroy his own work and question his art and its purpose. Despite these lone periods, his art stands as exceptionally well executed and extraordinary. Sketching and drawing dozens upon dozens of California beach boys, Marine’s recruits, and football jocks, Bush’s raunchy subjects display the true talent that led to his features in magazines such as Physique Pictorial, Mr. Sun, Touch, Drummer andStroke.