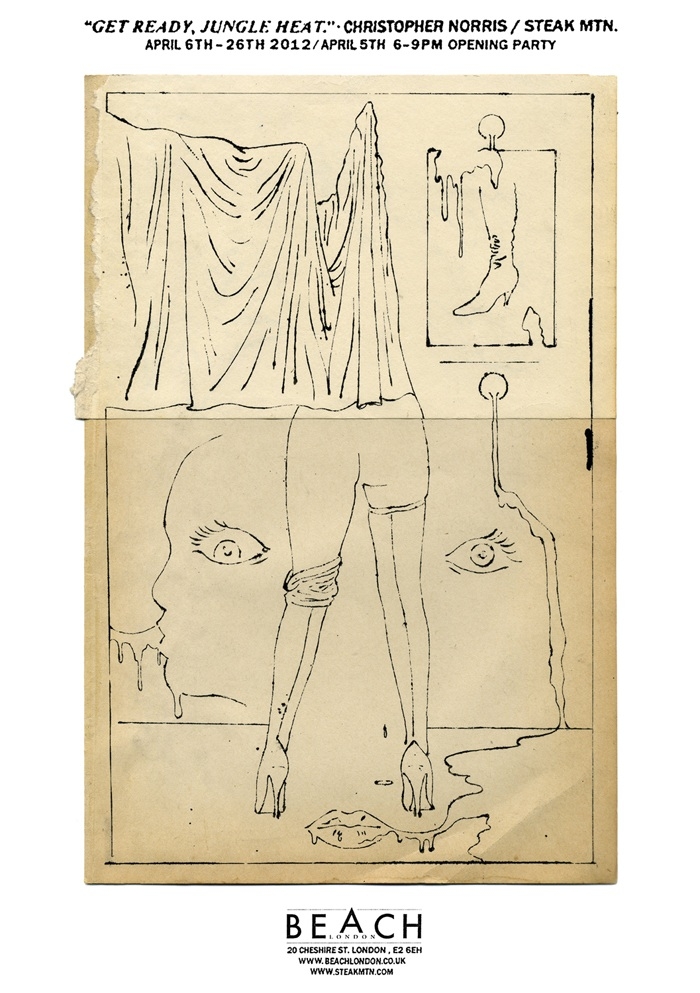 With “GET READY, JUNGLE HEAT.”, Norris/Steak aims to aggressively explore the role of the mouth in human sexuality; correlating the moist humidity of men and women’s mouths to that of the wet heat of a jungle. Using a visceral, inkblot-drawing style influenced by Jean Cocteau, Allen Jones and the early commercial work of Andy Warhol, Norris/Steak delicately abstracts his compositions. He softens the seamy subject matter for the viewers’ gaze, coaxing them to examine in detail something that would perhaps normally make them uncomfortable.”

Christopher Norris, AKA Steak Mtn, is an artist originally from Salem, Massachusetts, who now resides in San Francisco, California. Norris is known for his unique 'gallows humor aesthetic', and has exhibited artworks internationally. Designing under the alias Steak Mtn, Christopher has produced artwork for an international roster of punk bands. His debut UK solo Exhibition GET READY, JUNGLE HEAT will take place at Beach London in April 2012.