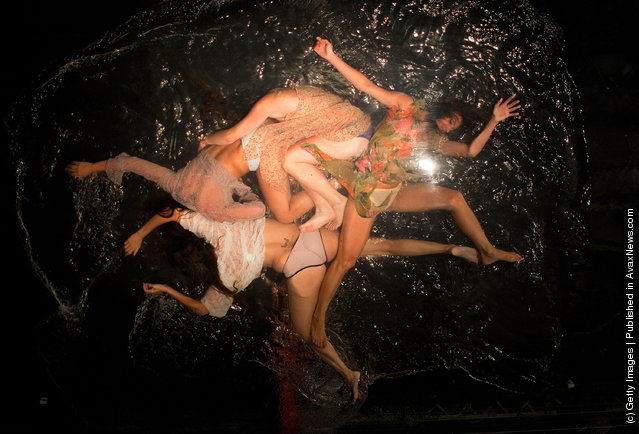 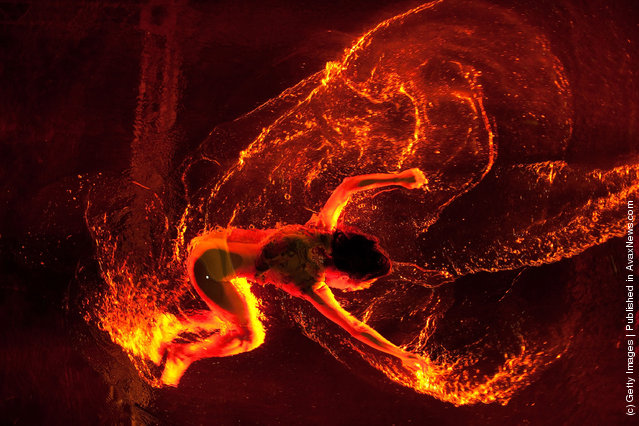 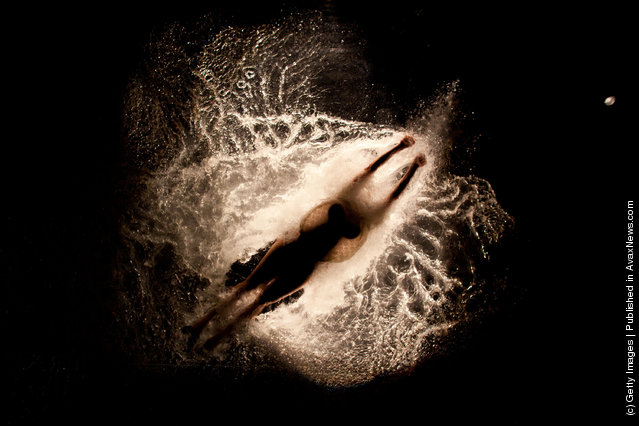 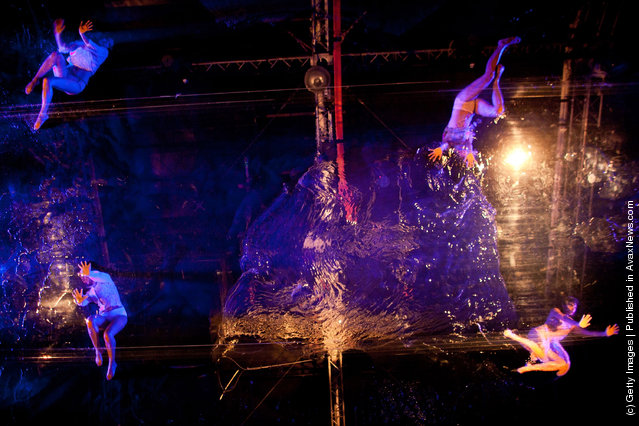 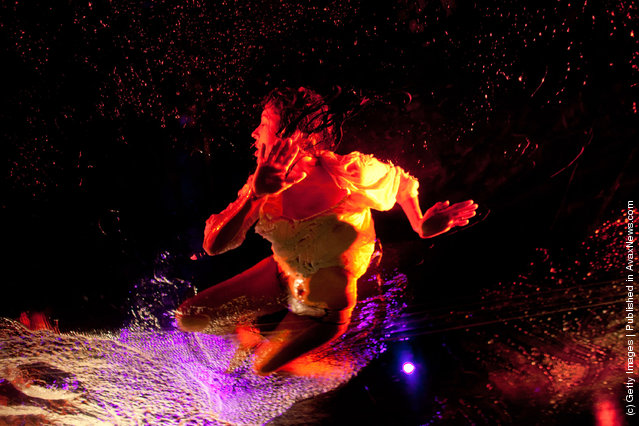 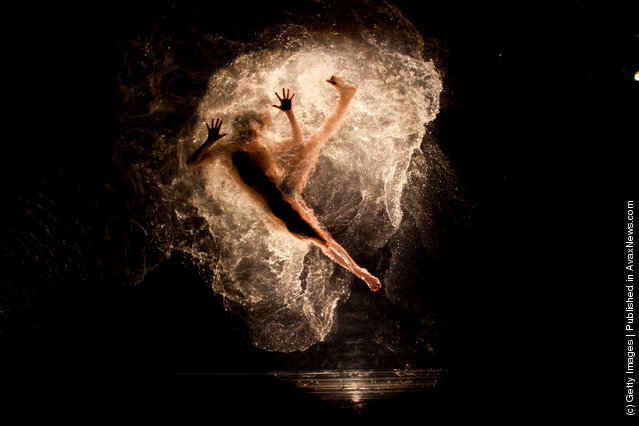 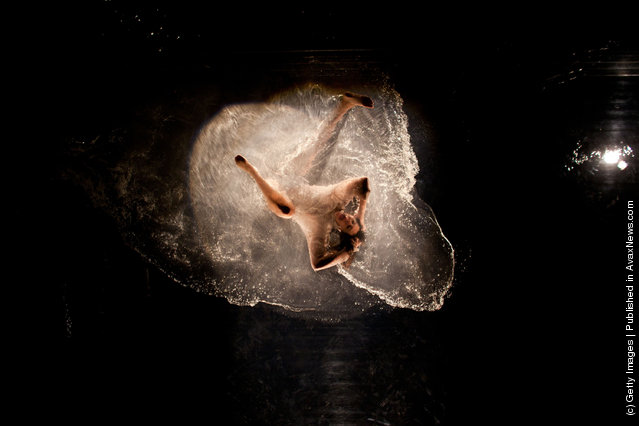 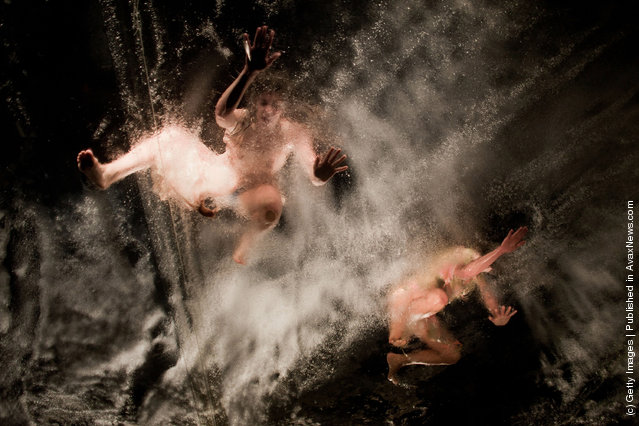 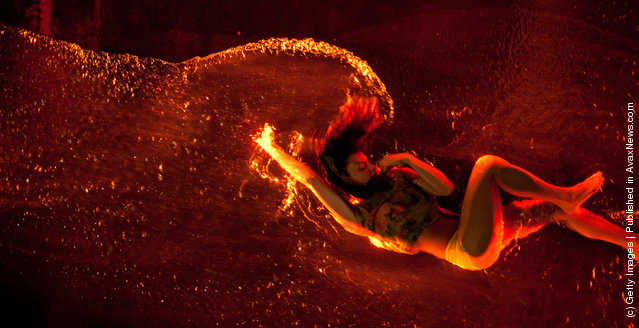 Artists preform on a pool suspended above the audience during the Fuerza Bruta dress rehearsal in Tel Aviv, Israel. Fuerza Bruta is a postmodern theatre show that originated in Buenos Aires in 2005 and was created by Diqui James. It is also the name of the company that brings the show. Part of the company that created Fuerzabruta were co-creators of a previous company called De La Guarda, which presented a similar show named Villa Villa. It is a very energetic spectacle under the motto "Brute Force", has interaction between the performers and the public, and is described as a 360 degree experience.