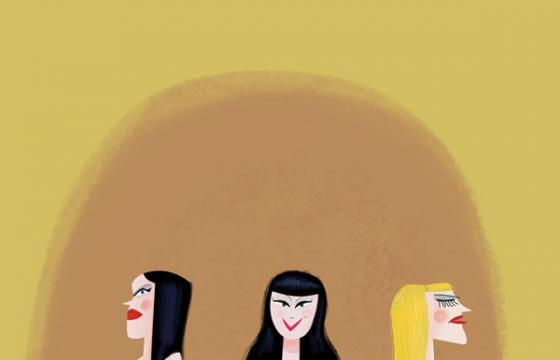 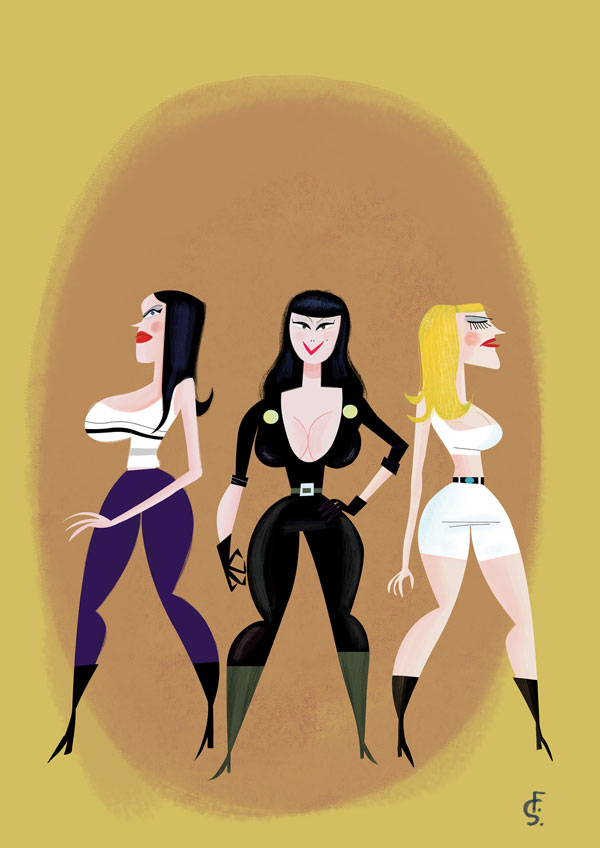 Humorous depiction of the voluptuous vixens of 'Faster Pussycat! Kill! Kill!' by Fermin Solis. Faster Pussycat was movie from 1965 where three strippers seeking thrills encounter a young couple in the desert. After dispatching the boyfriend, they take the girl hostage and begin scheming on a crippled old man living with his two sons in the desert, reputedly hiding a tidy sum of cash. They become house guests of the old man and try and seduce the sons in an attempt to locate the money, not realizing that the old man has a few sinister intentions of his own.
Description written by Ed Sutton 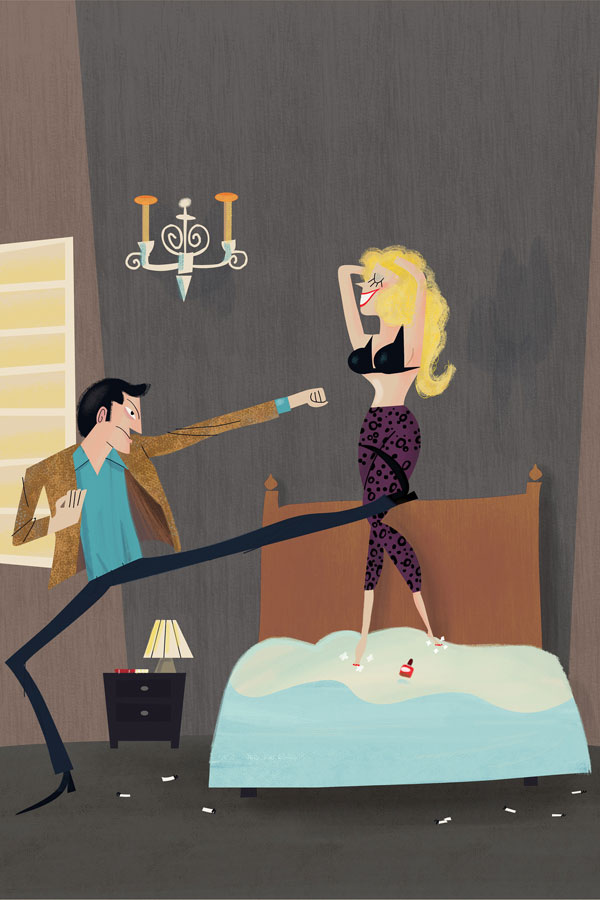