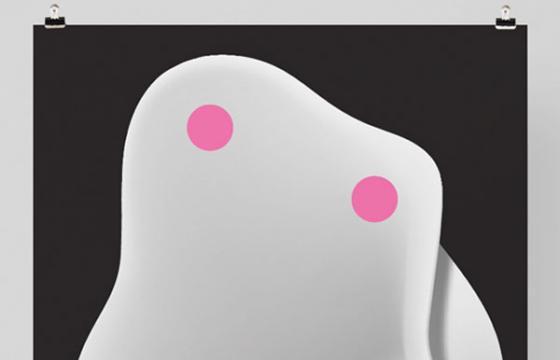 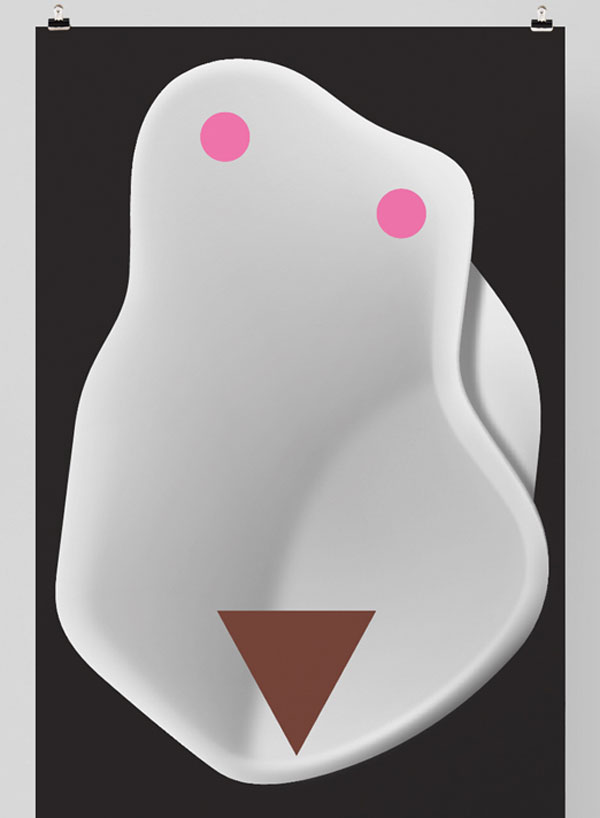 'I had the pleasure to design a poster for the legendary furniture manufacturer Herman Miller. In its assortment there are many style icons such as chairs by Charles and Ray Eames and George Nelson. My task was to choose one of their products, to interpret it. The poster was later exhibited in Melbourne, Australia. The exhibition showed the impressive poster history of Herman Miller, with posters from designers such as Armin Hofmann and Steve Frykholm.

The Eames Molded Plastic Arm Chair is a beautiful chair. From the beginning my intention was to visualize the beauty of this perfect form without making a major intervention. Simply out of respect for the Eames couple and their work. I found that the beauty of the curves and bends of this chair must speak for themselves. Rather it was just the task to focus the viewer to the perfection of its form. After some research I noticed the physicality of the Eames Moulded. Viewing from certain direction with tree simple shapes the chair can be transformed into a women’s body.' Fiexen 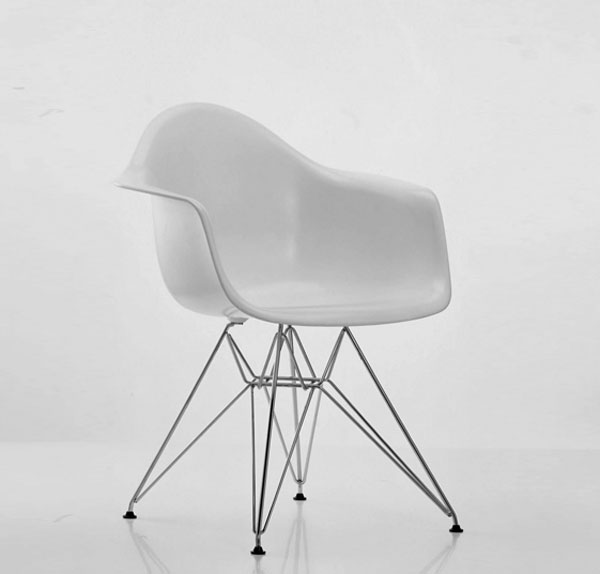