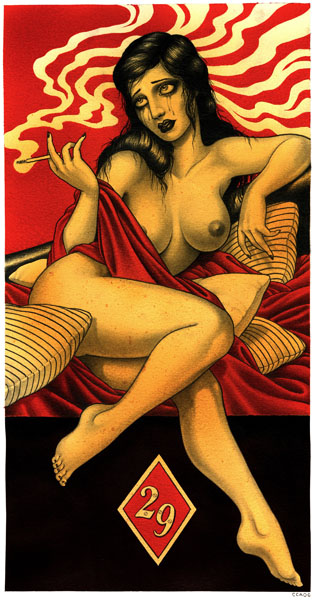 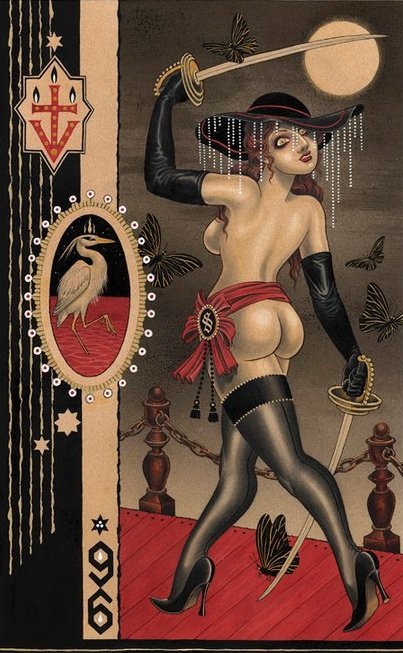 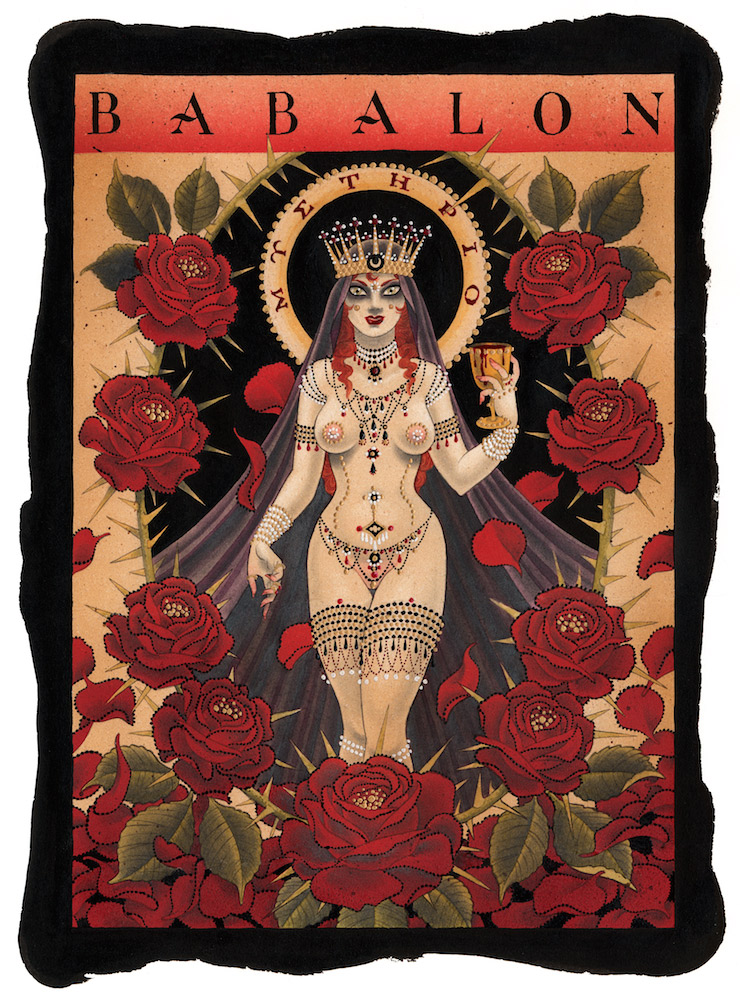 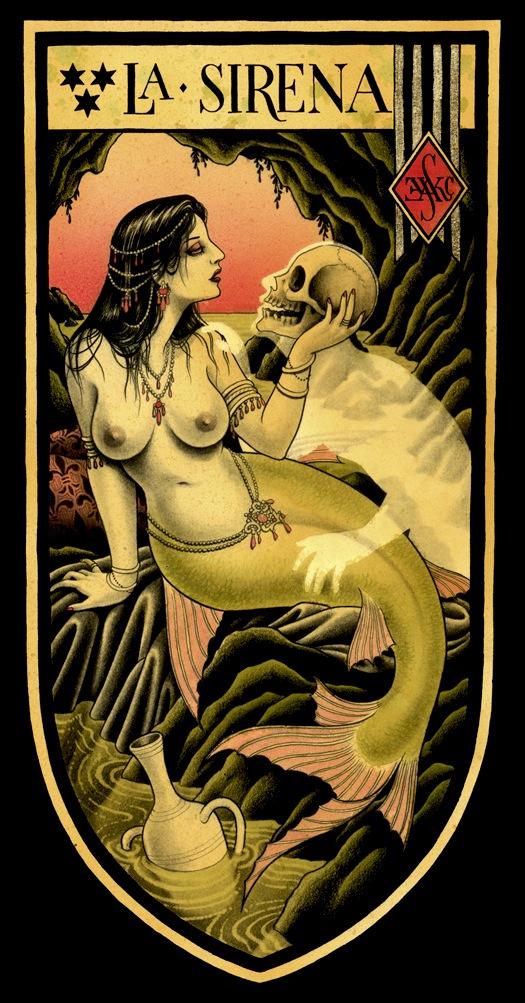 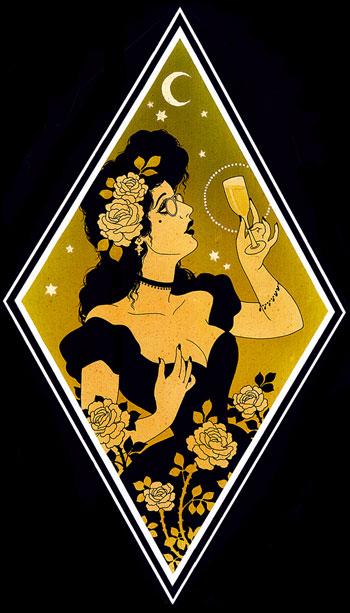 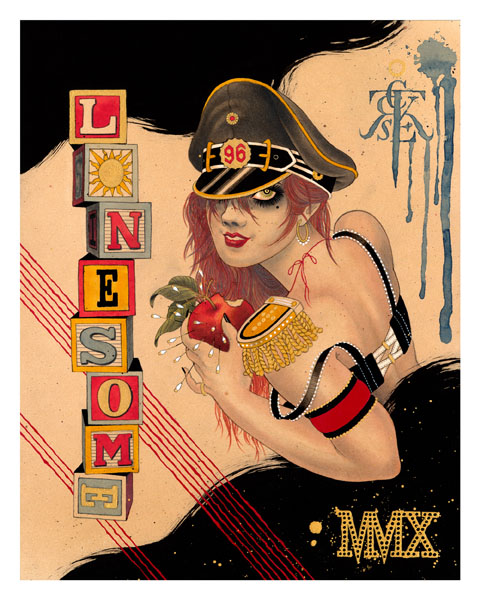 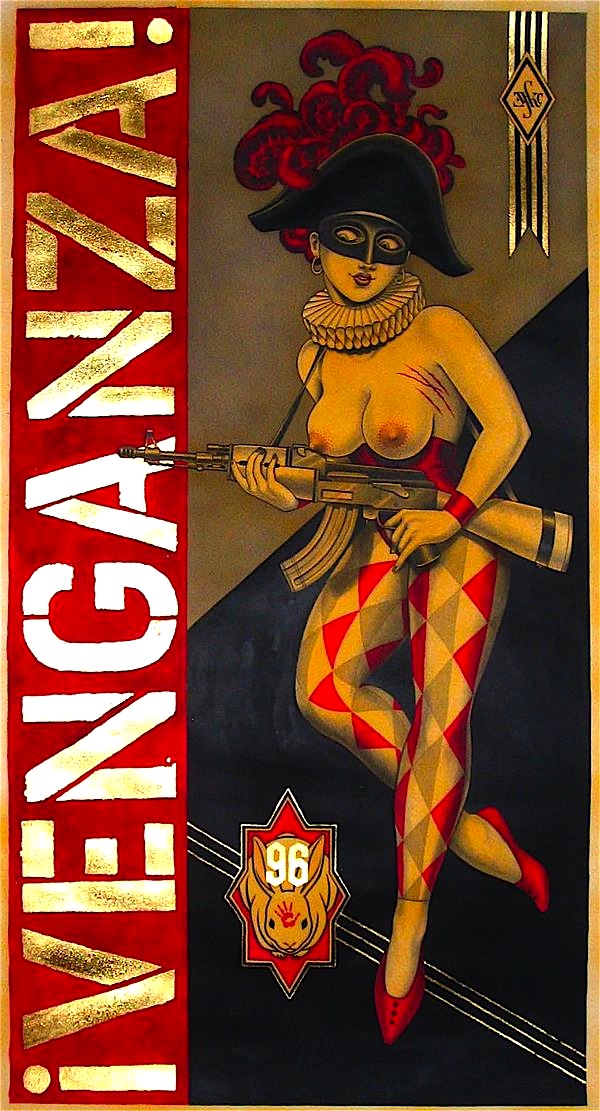 Christopher Conn Askew is the creator of Sekret City, a name that Christopher says refers to the secret little city that he keeps inside. His own inner world of dreams and nightmares, desires and fears, and most of all his questions and mysteries. This city is populated by  martyrs, talking animals, gods and goddesses, soldiers, whores, saints, thieves, suicides and monks. Christopher's paintings are created with watercolor, ink and graphite for the most part. He also says that he has, in the past, used small amounts of his own blood, spit or even human ashes (not his own, yet) to complete his works. We think it is safe to say that Sekret City really is Christopher's greatest passion, take a look at his world.