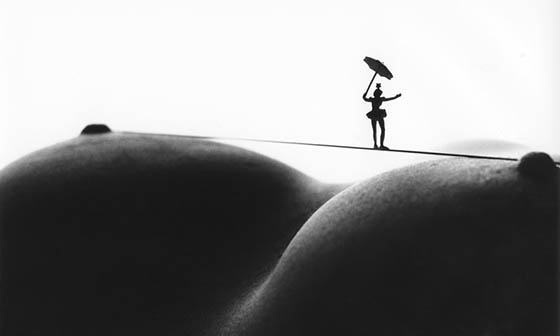 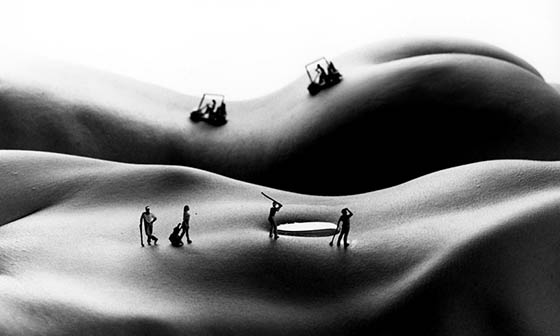 The Bodyscapes® of self-taught American photographer Allan Teger is a series of black and white photographs depicting miniature scenes on the nude body mimicking various landscapes. “I remember the moment that the idea for Bodyscapes® came to me. I was thinking that the shape and structure of the universe repeated itself at every level and suddenly I had the image in my mind of a skier going down a breast. This was it - the universe repeating its shapes - a body looking like a mountain. It was also an example of two realities coexisting. The picture could be seen as a landscape and it could also be seen as a body. Although they were different, both perceptions were right at the same time. I knew instantly that I had an entire series of images waiting to be captured on film," says Teger.