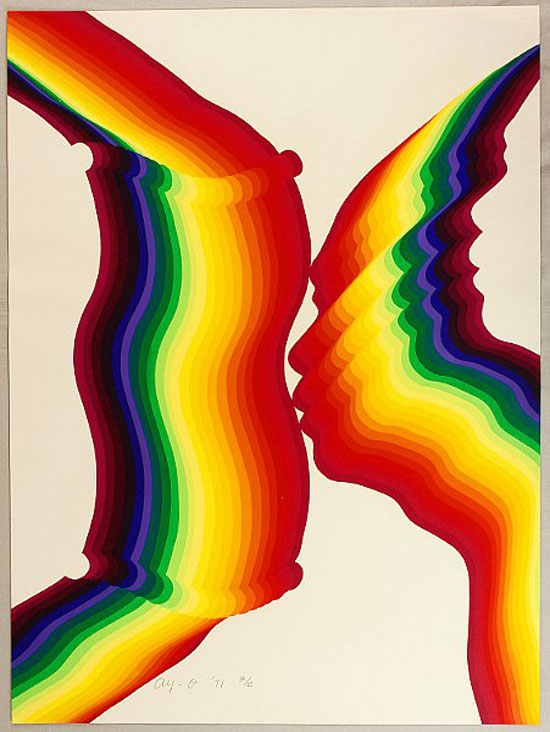 Ay-O is a Japanese artist, who has been associated with Fluxus since its international beginnings in the 1960s. Ay-O has established a reputation in the avant gardes of Japan, Europe and the United States. In Japan, he is known as the "Rainbow Man" for his use of colorful, rainbow-striped motifs in his artwork. In its purest form some paintings are simple gradations of the Rainbow with up to 192 gradations.
We think you'll love