Over the past few days, there has been a major buzz in the art world regarding the "fast-fashion" powerhouse H&M and legendary graffiti artist, Jason "REVOK" Williams. The controversy was surrounding not only H&M's use of REVOK's abstract graffiti wall in NYC as part of their new Spring "New Routine" campaign, but the fashion giant responding to a January 2018 cease & desist letter from the artist by, in return, suing the artist. H&M's lawyers wrote, "Under the circumstances, in which your client’s claimed ‘art work’ is the product of criminal conduct, Mr. Williams has no copyright rights to assert." 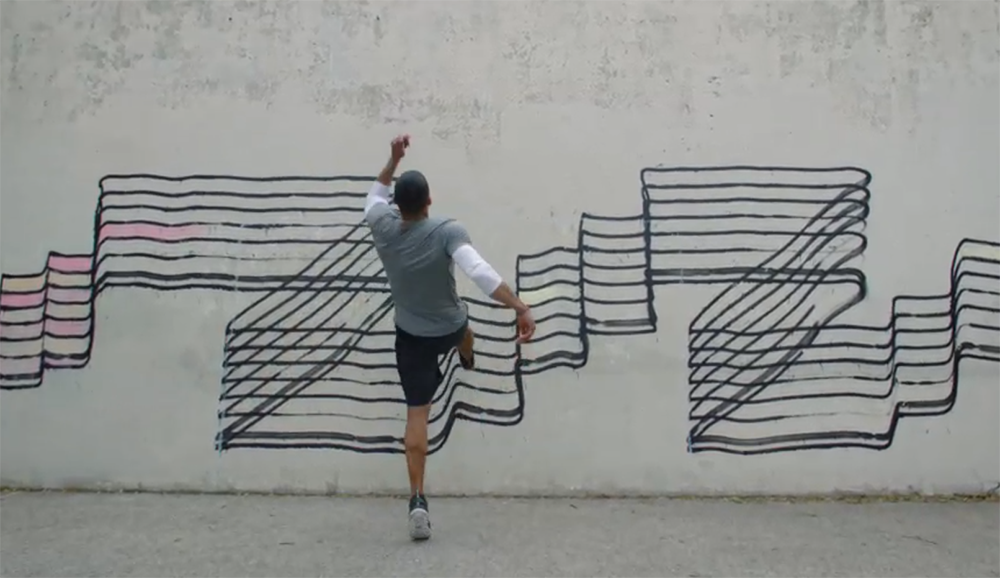 Of course, REVOK and his lawyers initially cease & desist letter to H&M is simple: REVOK is not only one of the most famed and followed artists of his genre, but this particular piece, painted in NYC, is quite synonymous with his style at the moment. As Hypebeast reported, the letter states “unauthorized use of his [Williams] original artwork, and the manner in which it is using the work, is damaging and is likely to cause consumers familiar with his work to believe there is a relationship between the parties.” And again, in their retort and lawsuit, H&M claims New York City Department of Parks and Recreation told them that, “graffiti on the park handball wall was unauthorized and constituted vandalism and defacing of New York City property.”

As we try to understand how Copyright laws work and understand what rights an artist has in a case like this, we turned to one of Williams' attorneys, Jeff Gluck, who we have spoken to in the past about these matters. This time, we specifically sought him out to hear what he has to say about the case.

Evan Pricco: Thank you so much for your time Jeff. I guess we would like to start with how this case sort of materialized. When did your client become aware of the H&M campaign featuring his work?
Jeff Gluck: Jason (REVOK) began receiving messages recently from people alerting him that H&M was allegedly using his artwork. That is how he first became aware of this advertising campaign.

A lot of readers have been asking this and trying to understand: How does something like this work? If REVOK's work was put up illegally, and that illegal work can be seen in an ad campaign later, how does the artist retain rights?
The Copyright Act, particularly 17 U.S. Code § 102(a), states that copyright protection exists for "...original works of authorship fixed in any tangible medium of expression...." The drafters of the Copyright Act made it clear that copyright protection encompasses all original works, regardless of the circumstances surrounding their creation. In other words, if Jack Kerouac wrote On The Road while trespassing in your backyard, does that mean he should not have any copyright in his book? The potentially criminal act has no relation to the creative act. He may be charged with trespassing, but he still has a valid copyright in his original work. I have read some comments online from people who seem to be unaware of what the law actually is. Just because artwork appears in a public place, it does not impact the artist's copyright protections.

How does this case differ from other visual copyright cases you have worked?
The main difference is the way H&M responded.

What should the procedure have been? In this case, how should H&M have proceeded? Should they be contacting the artist's first? Is the assumption that they deliberately used one of graffiti's most famous artist to sell their product?
Even if a company uses an artist's work innocently by mistake, as soon as the artist contacts them to let them know it was not authorized, they should jump at the opportunity to make it right and fairly compensate the artist. Not only is that the right thing to do, but it is a better business strategy.

How does this differ from using an artist's work on a physical product? Or, like the McDonalds case you worked with graffiti photos being wallpapered in certain stores?
I don't see this as being any different. Whether artwork is used on packaging, as decor, or in advertising, the purpose is all the same—to sell products, attract customers, and generate revenue.

How should artists respond in cases like this? With H&M having a bit of history here, does this make the case that much more important?
Artists should always speak up when they discover unauthorized use of their work. There is no reason to be intimidated. Certainly when a company has a history of alleged infringements, it adds insult to injury.

Is there a worry that H&M will try and drag this out to financially burden the artist?
Not worried at all. There is a line around the block of people willing to volunteer their time to help us fight this.

Is there anything else we should know?
Regardless of how anyone may feel about the underlying legal issue of illegal graffiti being protected, the real concern here is that while H&M sees value in using graffiti art in their advertisements to boost their revenues and appeal to their target demographic of young people, they also appear to simultaneously undermine and discredit graffiti artwork and the culture via this legal action. I think that is the reason why so many people are upset by this.

Thank you to Hypebeast for the information about the lawsuit itself

This is good news, for @_revok_ and artists working in public spaces and beyond. @hm has withdrawn their lawsuit, listening to the arts community... or maybe they didn’t want to clean up graffiti on all their stores? ??‍♂️?‍♀️

UPDATE 6:00 PM March 15, 2018: Contrary to the implied dismissing of lawsuit and public apology from H&M today in the Copyright dispute involving REVOK, H&M is NOT dropping the lawsuit... Juxtapoz spoke with Revok’s attorney, Jeff Gluck tonight, who told us: “This evening I spoke with counsel for H&M. They informed me that they are NOT in fact dismissing the lawsuit.” This was after an apparent drop of the lawsuit and public apology earlier in day from jr fashion giant. Stay tuned...