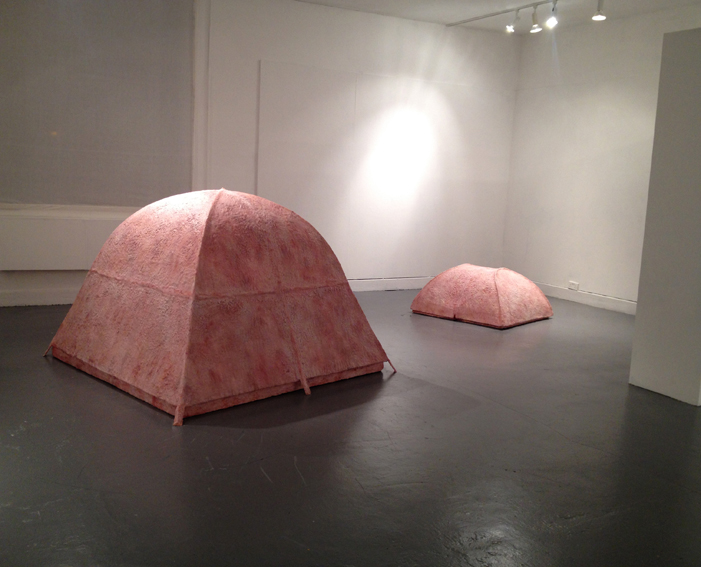 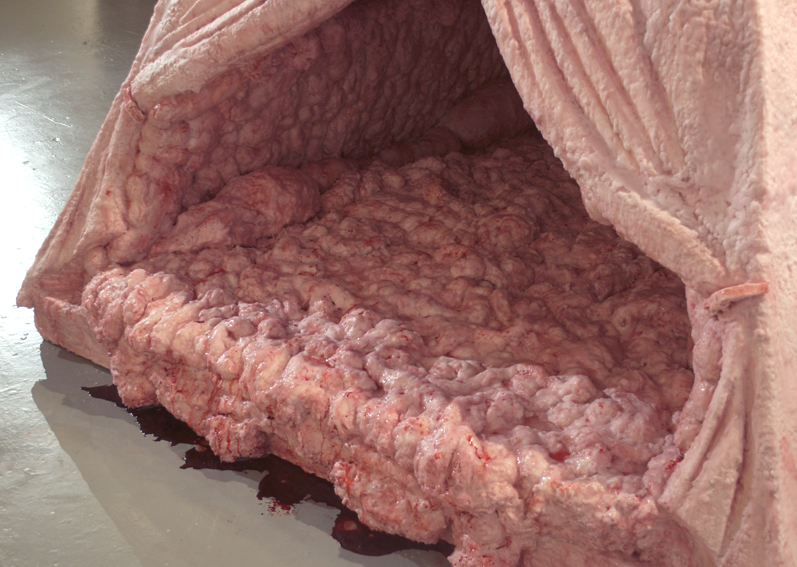 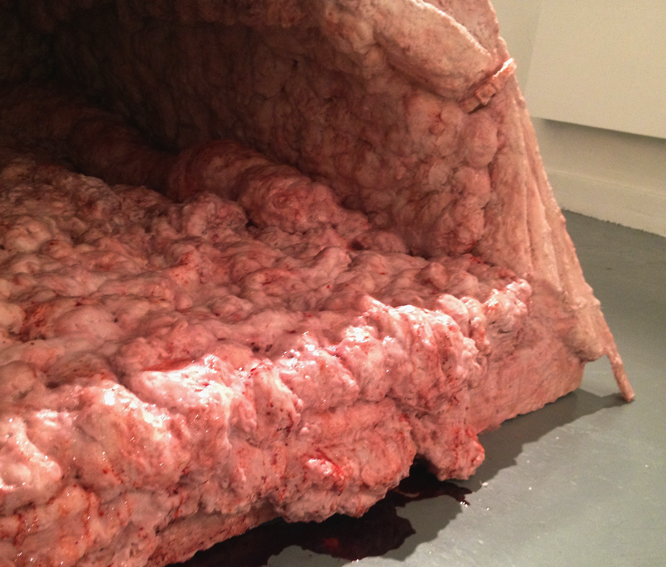 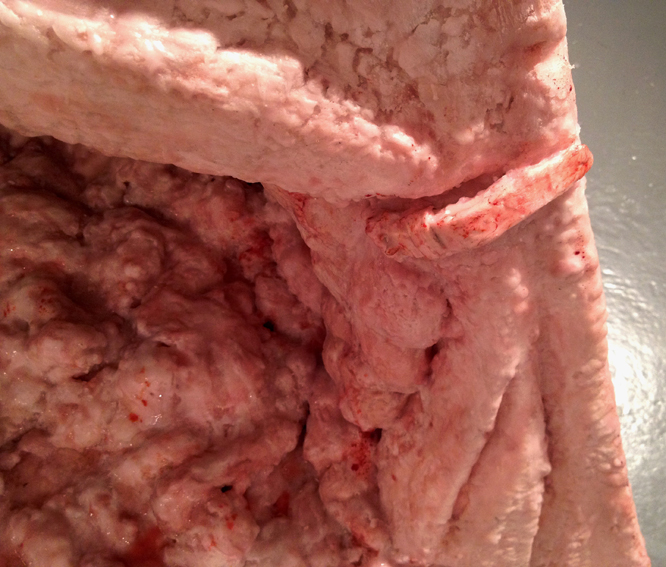 'My work offers models of relational aesthetics that are undesirable at first glance in terms of the ideal tie between desire and the social sphere. It speaks of nature, which references existentialist moments within the repetitive scenario between power and struggle, consumed and consumer, subject and object, action and reaction in popular culture...

'My work offers models of relational aesthetics that are undesirable at first glance in terms of the ideal tie between desire and the social sphere. It speaks of nature, which references existentialist moments within the repetitive scenario between power and struggle, consumed and consumer, subject and object, action and reaction in popular culture. Perhaps, objects lifeless or alive, merely are but this evidence is enough not to break the tentative ties of identification, re-embodiment and reclaim the figure of the post-human future instead of fixed identities.

What charachterises the work is the sensitive assumption that - behind the smooth surface - an abyss of hidden desire and forbidden passion can be captured, a major conflict between the search for identity and the pleasure principles, between social constraint and personal ambition: the past and the future.

Under a contextual framework, it is in these areas where humanity seems to suggest a greater even existential connection to the natural world. We are instantly confronted with all that is human. The complex narrative becomes simplified and transformed through a string of interpretations and re-interpretations that at the same time exercises a degree of hope and collective desire as I confront the viewer with his own feelings of attraction and repulsion, of power, control and impotence.

How to depict the emotional body is the red thread in my work. I am fascinated with the psychological aspect of the body and its emotional link to ‘Abject’, the borderline of inside/outside, something that is aesthetically desirable, yet revolting and were viewer’s attraction are replaced by repulsion, power, control and impotence.

In my work, I have always been particularly drawn to the body, how to depict the emotional body and working with skin as the physical element that divides the Self from the other, as well as the potential container for both and what happens if you open up those boundaries.

I am fascinated with the psychological aspect of consumerism and its emotional link to ‘Abject’...'

Andrea Hasler was born in Zürich, Switzerland, and currently lives and works in London, UK. She holds an MA Fine Art from Chelsea College of Art & Design.Her wax and mixed media sculptures are characterized by a tension between attraction and repulsion, and highly influenced by artists like John Isaacs, Berlinde De Bruyckere and Louise Bourgeouis. Recent solo projects include ‘Burdens of Excess' at GUSFORD | los angeles, ‚Irreducible Complexity’ and ‚Full fat or semi-skinned?’ Next Level Projects, London. Hasler’s work was recently exhibited at the 1st Santorini Biennale of Arts in Greece, 2012. Her recent solo exhibition Irreducible Complexity will be featured in the upcoming documentary Snapshots of Shoreditch, looking at the art scene in the East End of London. Hasler also chairs artist talks at Next Level Projects and regularly lectures on contemporary art, with a focus on women artist and the body, at various institutions including the Sotheby's Institute of Art, London. Most recently, Hasler has won the Greenham Common Commission for 2014 and is currently artist in residency at Chisenhale, London.