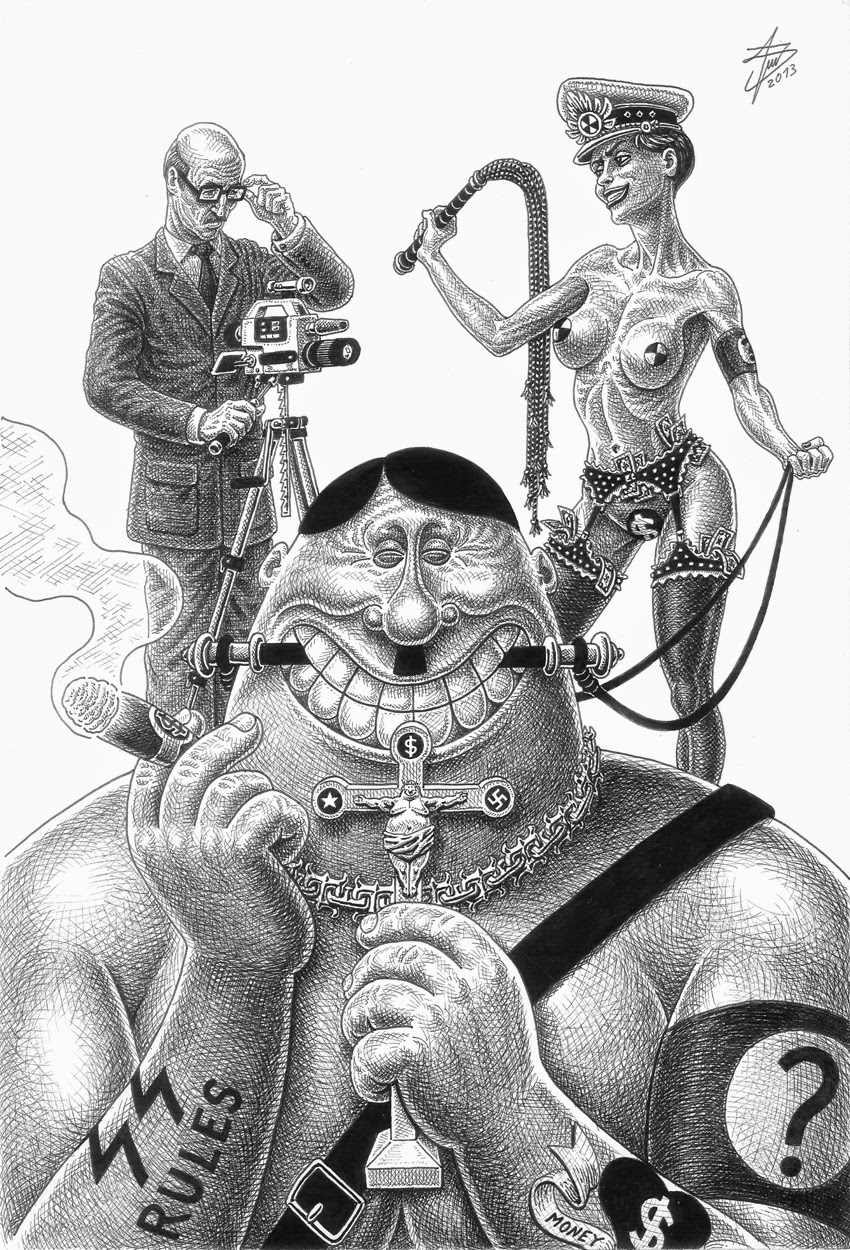 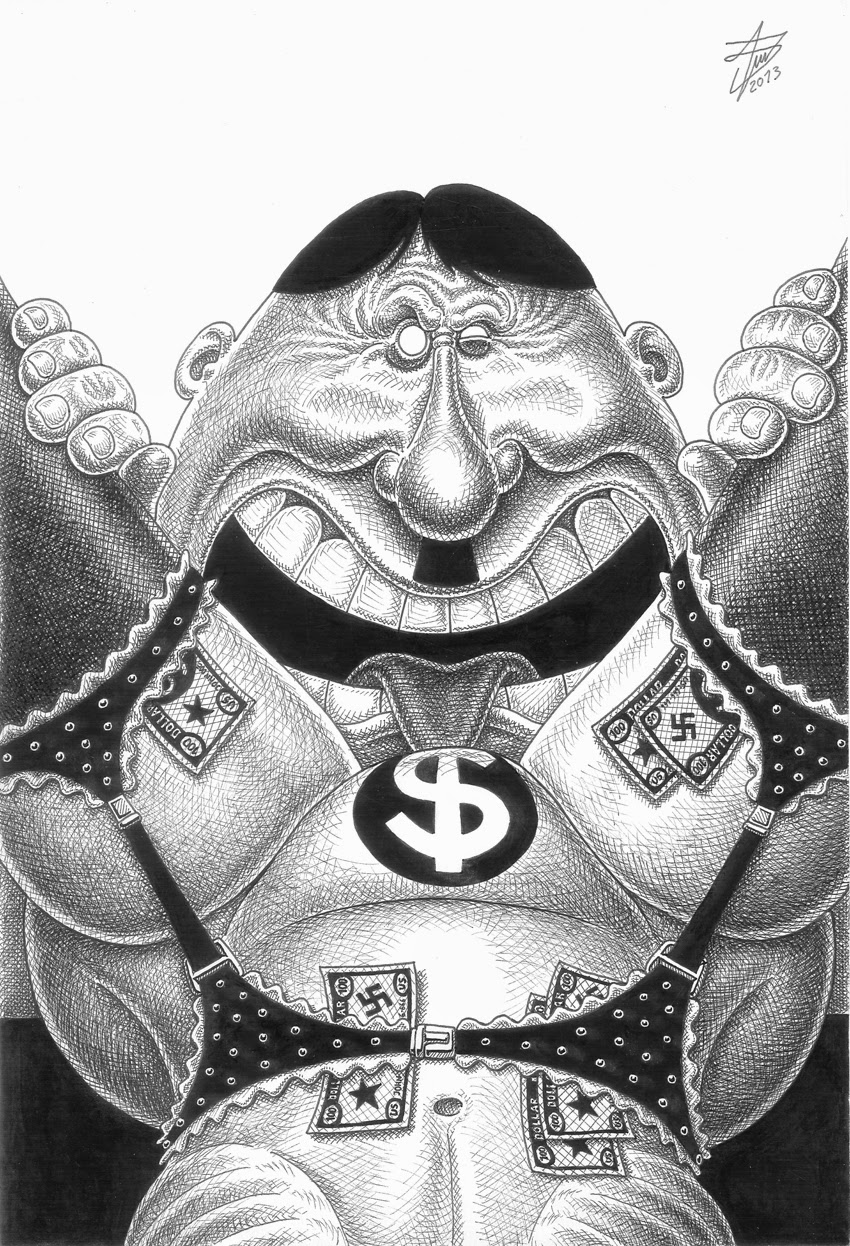 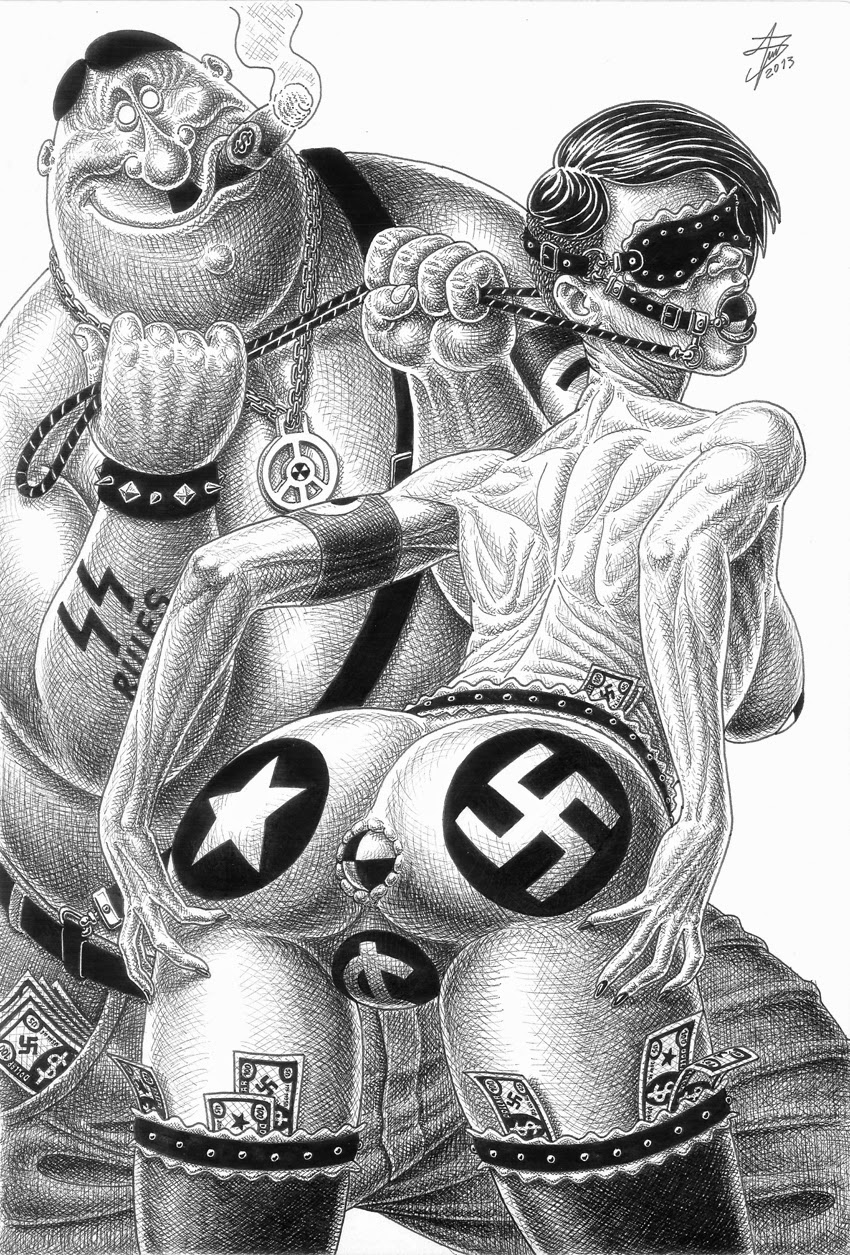 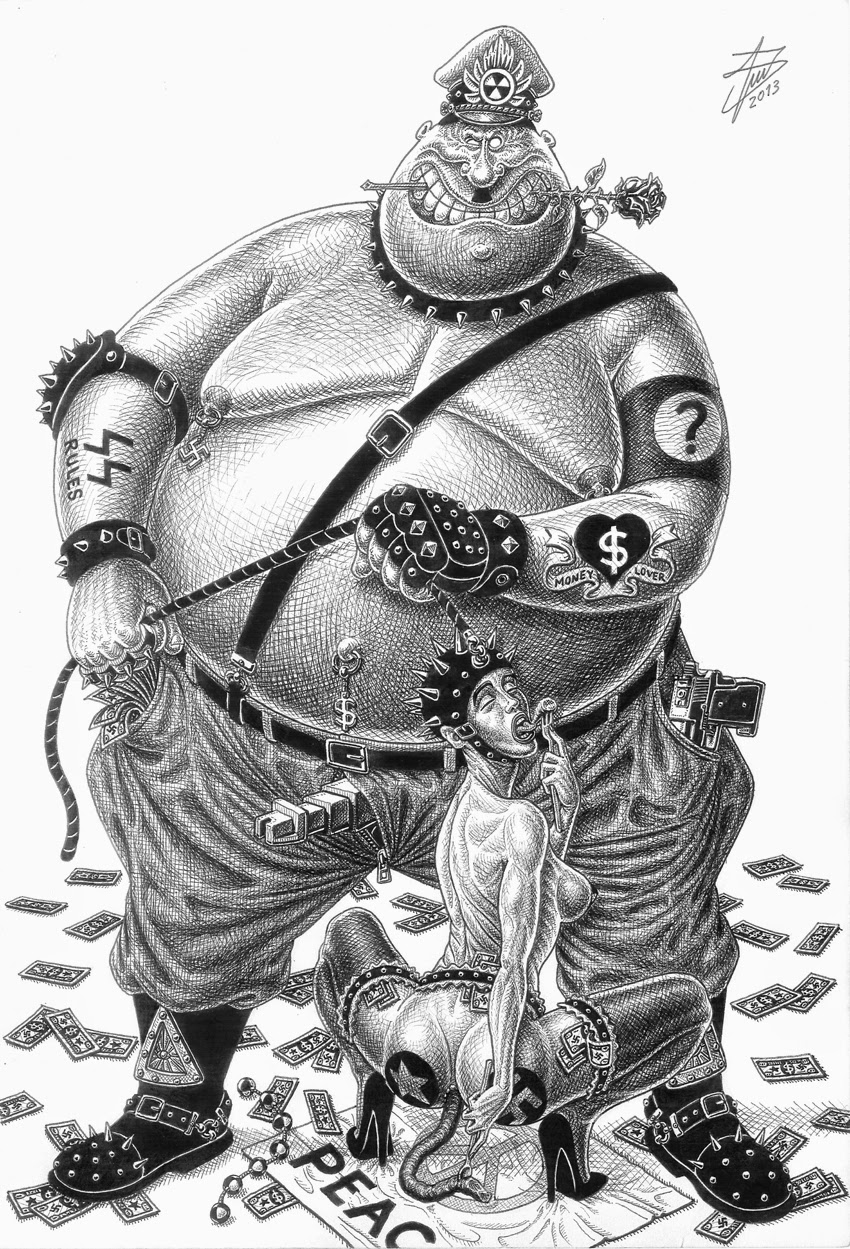 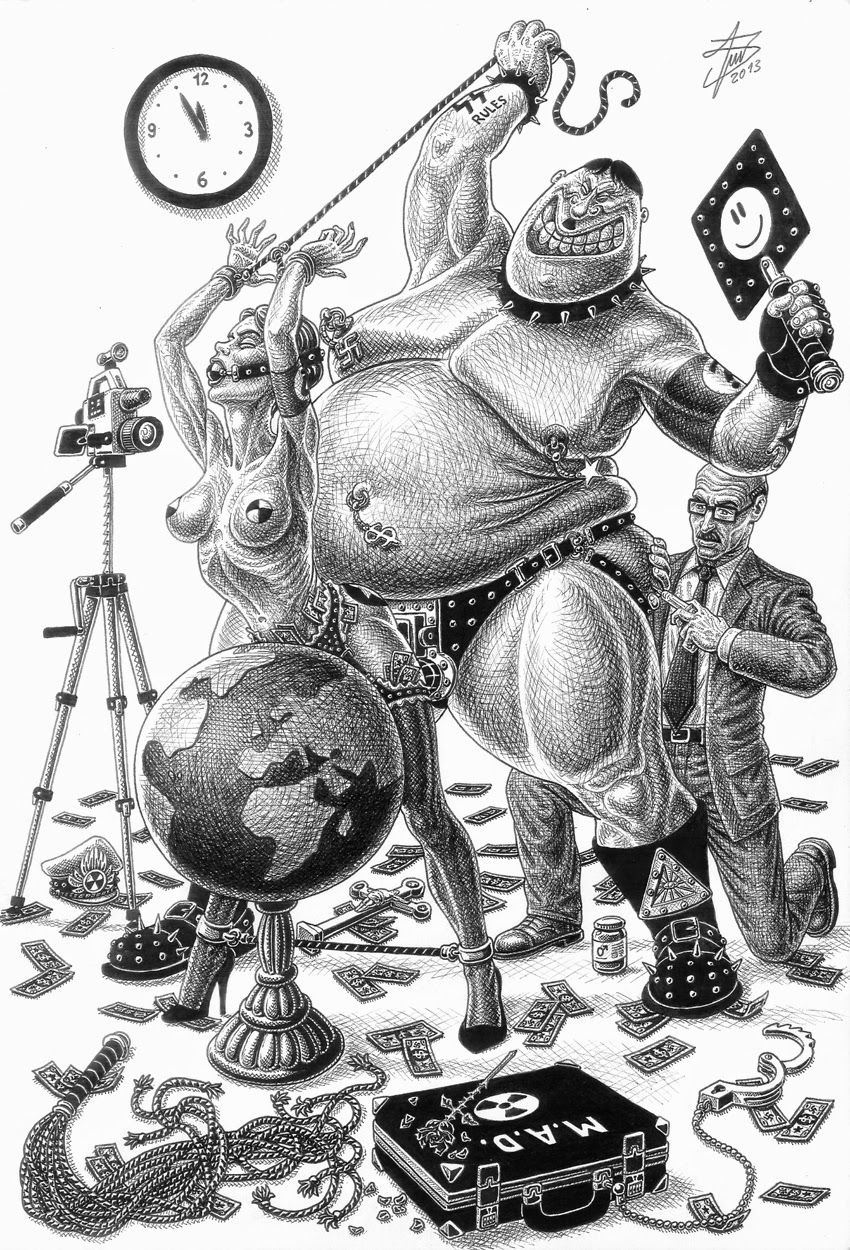 'These are the small drawings which i started earlier, and which i continued working and ultimately finished in 2014. In some drawings of the series, called "Tainted Love" which i am still making, i am showing highly explicit and provocative content, in which power and dominance are being connected with such sexual behaviors that by crossing certain boundaries become deviations, behaviors such as coprophilia, bondage, flagellation, S & M and all sorts of high-risk behaviors, through which the sexual enjoyment became inextricably fused with the desire to harm somebody, or to submit someone, in order that he or she is used as an object for satisfying someones darkest fantasies. Sex is just a toll, because the main subject (politician) experiences satisfaction only if he senses that he has power over some person, or object. Political symbols shown here connects the politics, as the way to power, and sex, as the place where that power is displayed in the most primal kind of way, inevitably becoming corrupted. Here, the power is actually wrongly sublimated sexual urge, which leads to desire for yet more power, and because there is no limit to that desire, it all ends with more crimes, wars, and other types of asocial, psychotic and destructive behaviors.' --Aleksandar Todorovic