Sound and Vision: Portugal. The Man's "The Satanic Satanist," cover by John Gourley

Portugal. The Man had toured extensively and built up a huge following before recording their 2009 album The Satanic Satanist. The group, formed in Wasilla, AK as lead singer John Baldwin Gourley’s side project, relocated to Portland, OR. Their 2009 album explored new and old territory, centering around memories of Gourley’s youth in Alaska. 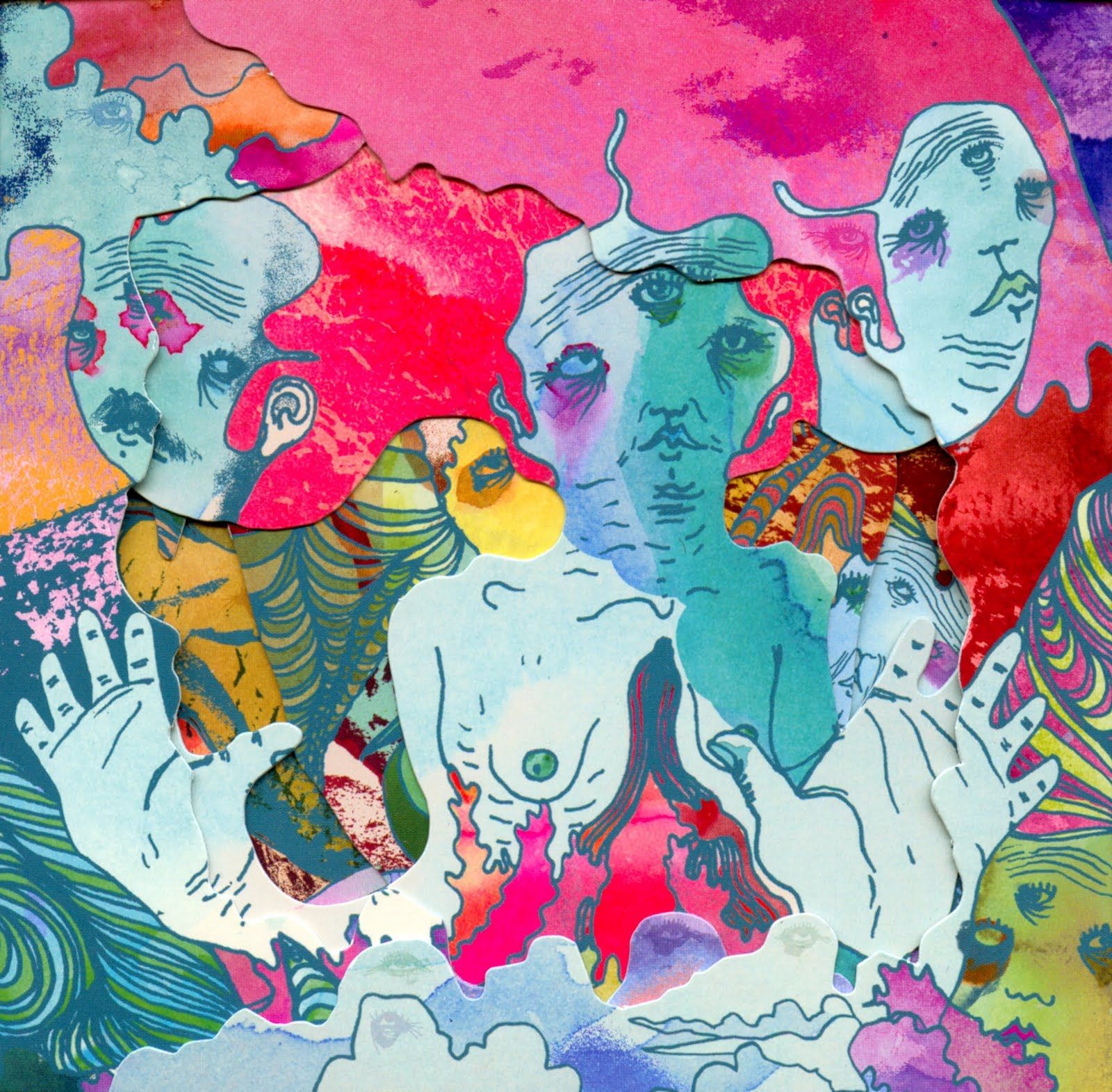 In addition to fronting the band, Gourley also paints and illustrates most of the band’s album covers. His visual work could stand out on its own, but he uses his artistic dexterity to complete an audiovisual statement for each release. For The Satanic Satanist, he integrated images of mountains from his home state with his drawings. With help from designer Austin Sellers, he created album packaging that could be unfolded and re-folded to make several image combinations that all lined up.