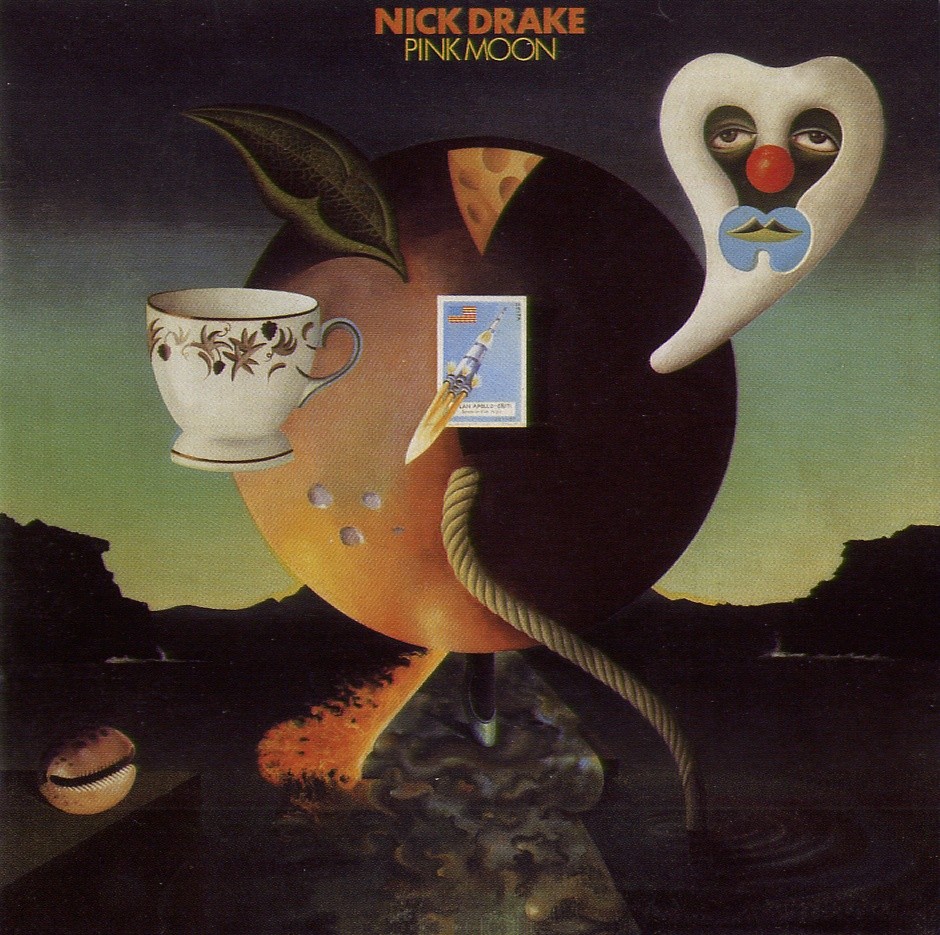 Nick Drake’s Pink Moon is a monumentally sad and beautiful album. Released two years before his death by suicide in November 1974, the album featured airy, stripped down, acoustic guitar, Drake’s vocal melodies, and nothing else. He is the only credited musician on the album, and only recorded another layer, piano, for the titular track. The album did poorly in sales, as with his other albums, but was rediscovered decades later, and is now widely regarded as a masterpiece.

The album’s artwork was supposed to be a photograph of Drake taken by British rock photographer Keith Morris, but the photo was deemed unmarketable due to his gaunt and unhealthy appearance at the time. The photo ended up on the inner sleeve of the album, and the cover featured a piece of surreal artwork by Michael Trevithick. Although he was seldom expressive in communication, he supposedly liked the artwork and had hung it on his wall at his parents house, where he lived for the two years between Pink Moon’s release and his death