Sound and Vision: Neutral Milk Hotel's "In the Aeroplane Over the Sea"

There are few albums that evoke as much excitement, or eye-rolling, as Neutral Milk Hotel’s masterpiece In The Aeroplane Over The Sea. It is widely regarded by music critics as a game-changer in American indie music. The album serves as a litmus test for music nerds, as it introduced millions to the dark and folky underbelly of American lo-fi music, but also became a core component of the late-2000s neo-“Hipster” marketing landscape its loathed poser-esque establishments. The way the album is talked about, whether it’s the meaning or lack thereof, can spark a discussion amongst listeners new and old. It contained Jeff Mangum’s personal thoughts tied in with lyrical references to The Diary of Anne Frank, as well as a wide variety of musical influences including Eastern European folk music and the signature lo-fi sound they helped define in the mid and late nineties.

Neutral Milk Hotel, In the Aeroplane Over the Sea
Cover design by Chris Bilheimer 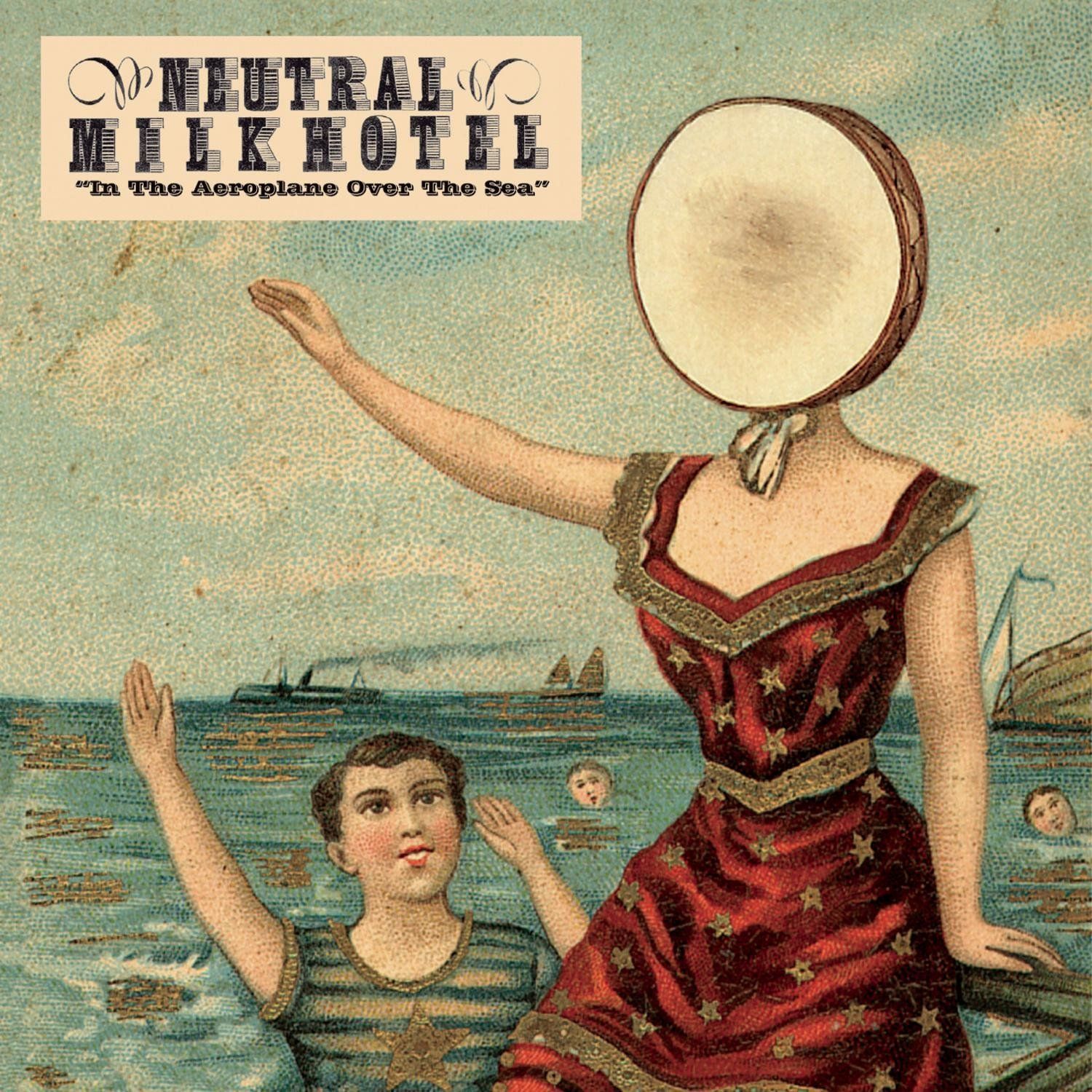 The album’s cover is intrinsically linked to its unique sound. Mangum’s fascination with the circus-like, kitschy, turn-of-the-20th-century aesthetic was as much a part of his musical process as it was with his direction for the album’s art. The album contains brass, banjos, and accordions peppered amongst sound collage and punk instrumentals. Mangum found the image on a European postcard he’d collected and worked with Chris Bilheimer, who’d designed album covers for R.E.M and Green Day, to refine it. Bilheimer scanned the image, including dust, dirt, and blemishes, before adding the drum in place of the woman’s face. The finished product resembles a surreal relic, plucked from the past.