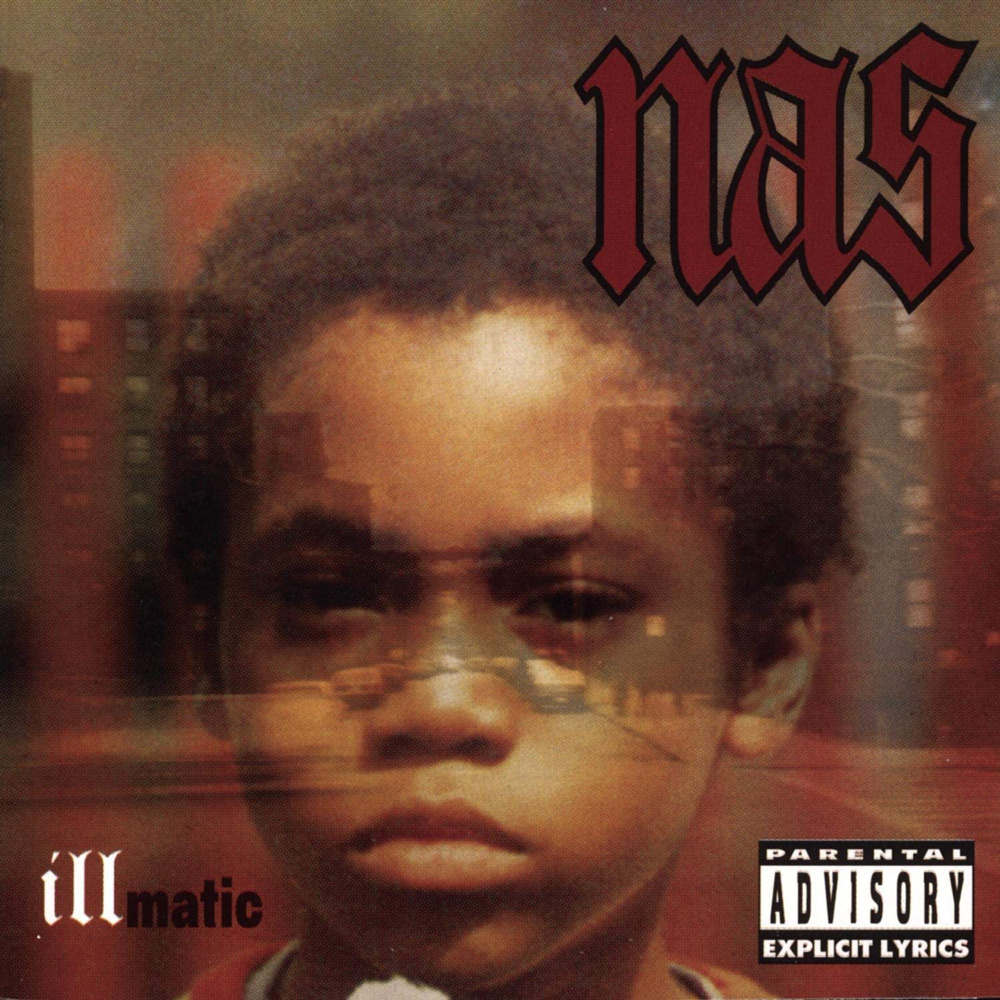 Nas’ 1994 debut album Illmatic is the type of album that comes around once in a generation, if that. The Queens-born rapper had made a splash in the NYC underground scene in the preceding years, catching the attention of many reputable producers from hip hop’s hometown. Despite this, Nas was passed up by many before inking a deal with Columbia records, recruiting DJ Premier, Large Professor, Pete Rock, Q-Tip, and L.E.S to assist in the album’s production. Nas’ narrative genius and forthright delivery, combined with his extensive knowledge of history made him an immediate legend upon the album’s release. The album is credited with reviving New York’s hip hop scene and is widely regarded as one of the greatest and most influential albums ever made.

Cutting no corners, Nas utilized the album’s cover artwork to fully realize his storytelling mastery. The design features a faded photograph of Nas, age 7, taken by his father and featured cornetist Olu Dara, superimposed over a city block photograph by Danny Clinch. Nas noted that age 7 was when he began to fully see the reality of his life while considering his role, and fate, in the Queensbridge projects. Although he originally planned to adorn Illmatic’s cover with an image of him holding Jesus Christ in a headlock, he eventually settled on this concept which was designed by Aimée Macauley.