The elusive and groundbreaking Jamaican singer Grace Jones is well known for continuously merging experimental art and music with pop culture. Early in her career, she crafted a persona which utilized her stunning looks and talent in a way that made her unignorable and truly unique. On her 1981 album “Nightclubbing,” she incorporated an amalgam of genres such as reggae, new wave, synth-pop, and funk to create a critical and commercial masterpiece that had a long-lasting impact on pop music in the succeeding decades.

Juxtapoz Sound and Vision is a new segment on our platform dedicated to exploring one piece of substantial album artwork every Sunday. Album artwork is one of the primary ways that musicians and visual artists are able to collaborate, and many iconic album covers are simultaneously iconic pieces of pop art. It’s also an excuse for us to share some of our favorite albums and the visual component behind what makes an album groundbreaking and fun. 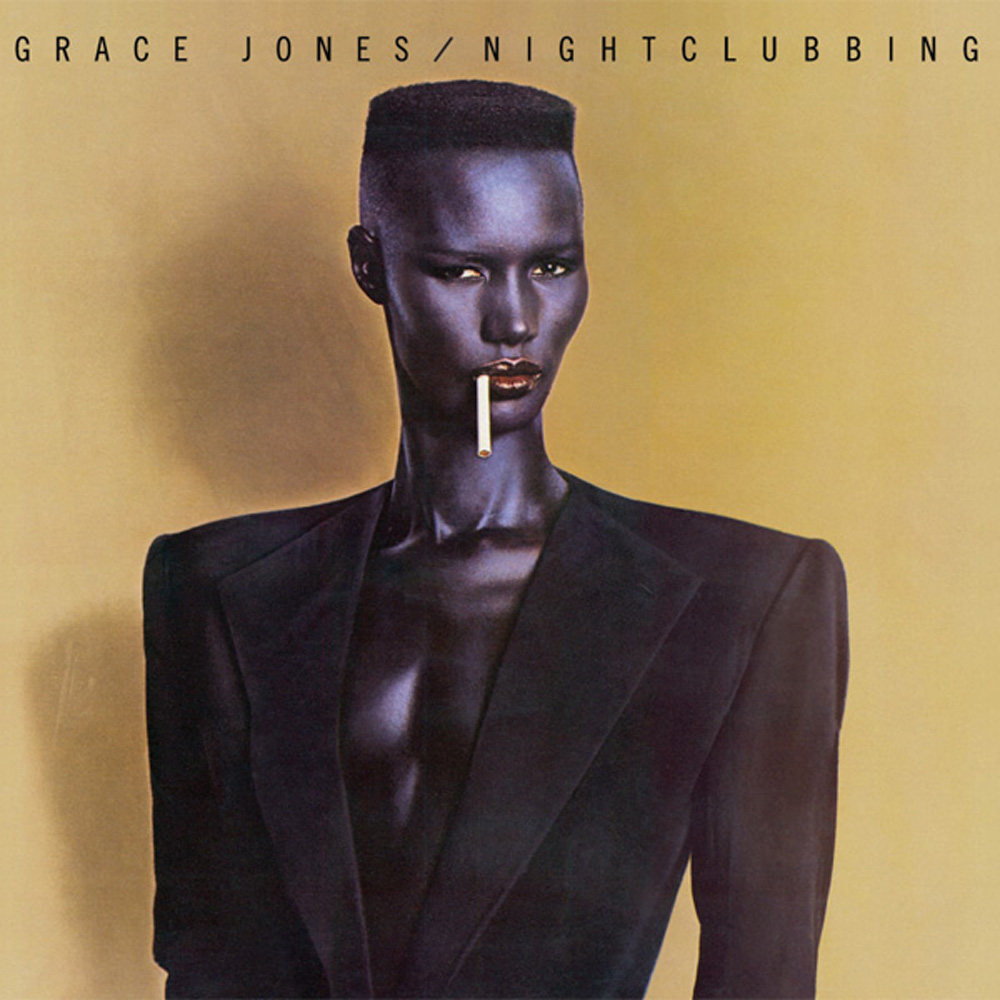 The cover of Nightclubbing features a painted photograph of Jones’ face by the French designer, photographer, and illustrator Jean-Paul Goude. The photo captures Jones in an androgynous outfit with an unlit cigarette, gazing towards the camera with her eyes slightly closed. It has been widely regarded as one of the most iconic album covers in American music, despite Goude and Jones’ controversial relationship and the former’s admitted fetishization of black women.