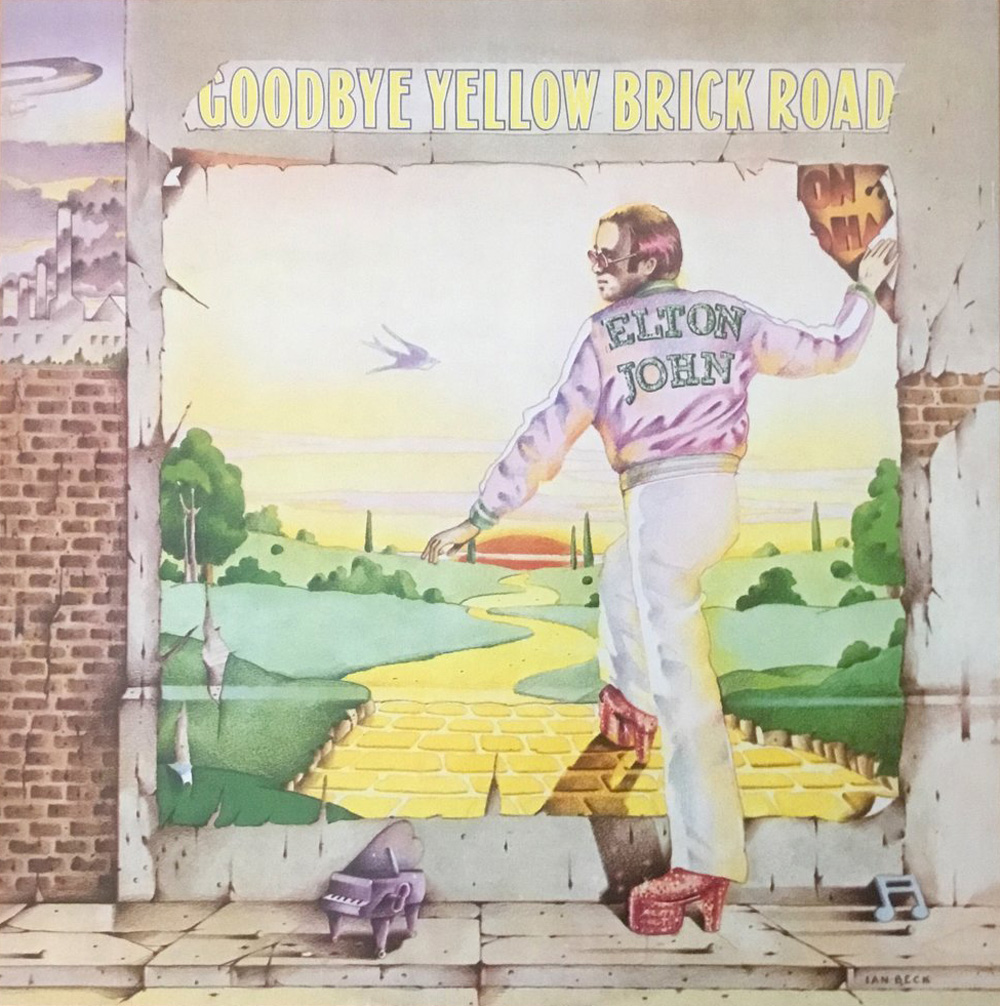 We’ll admit, we use the term iconic quite often. However, we do cover pop art, so it’s somewhat inevitable that the legends of our community are icons as well as artists, and few fit this description quite like Elton John. Much like James Brown, Jimi Hendrix, David Bowie, Prince, Madonna, and a handful of others, Elton John made his mark on the cultural landscape with both his immense musical talent and his vibrant fame. The high heels, colorful suits, on-stage stunts, and generally fluid gender presentation made him an unignorable force in culture, and Goodbye Yellow Brick Road was his masterpiece.

The album discusses the pressures of fame, the alienation in modernity, the pain of love, the pain of death, and the tragic romance of life. In the album’s title track, John dreams of returning home to the countryside, which thematically ties the album together. To reflect this, art directors David Larkham and Michael Ross recruited illustrator Ian Beck to create the album’s cover artwork. In the illustration, Elton John steps through a poster onto the Yellow Brick Road in his typically extravagant attire, leaving the hustle and bustle of the city for the peaceful escape of the country.