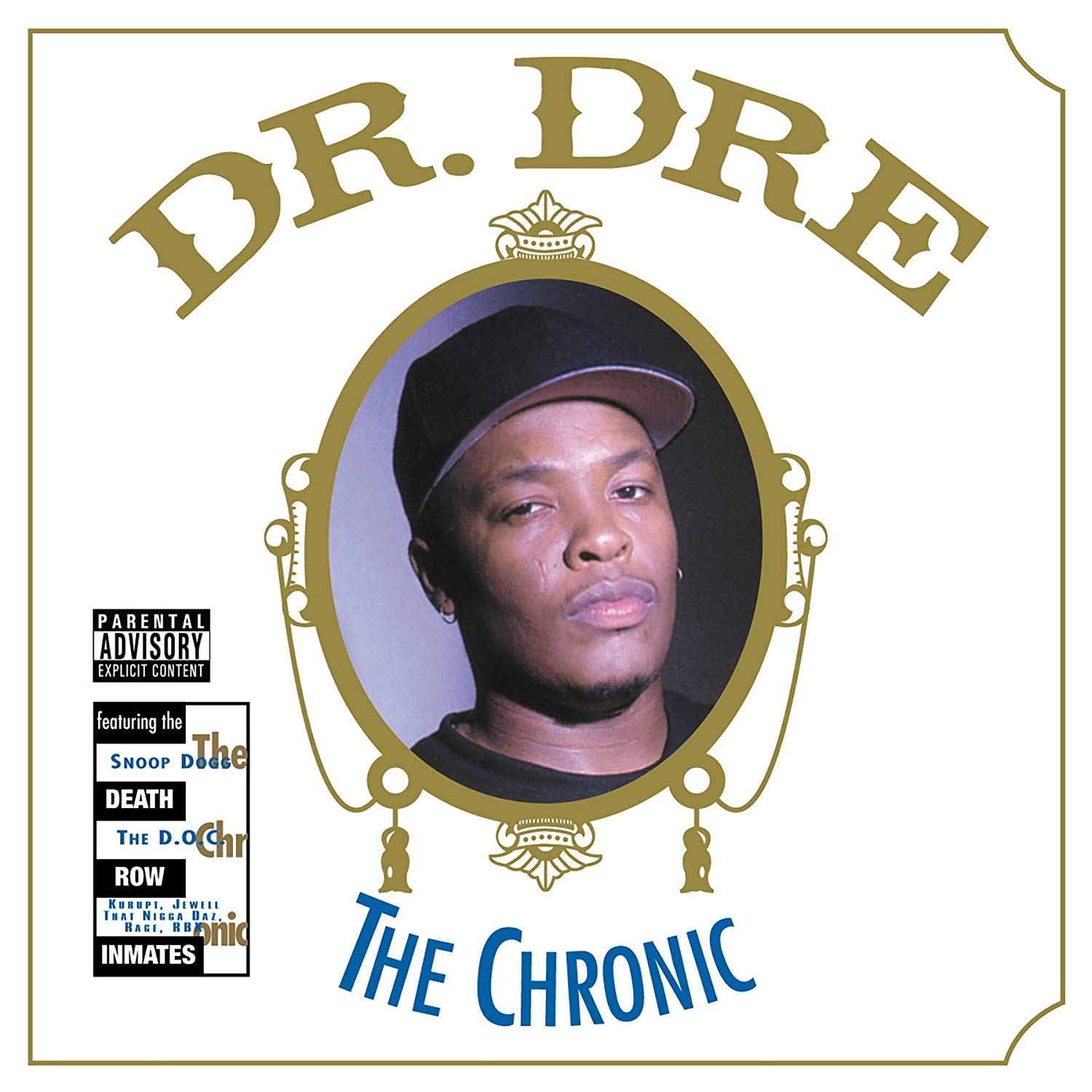 What hasn't been written about Dr. Dre's The Chronic? What else could we even add to the already well-established literature on the so influential, so notorious West Coast rap super album? That introduced us to Snoop Dogg, G-Funk, Death Row Records and a sound so thoroughly Los Angeles. I'll date myself here, but I was 11 years old on December 15, 1992 when Dr. Dre released The Chronic, and that heyday of MTV mixed with the ultimate attitude and production wizardry of Dre and his friends was probably the most iconic of early 1990s rap. Dr. Dre rolling up in a lowrider in LA at the beginning of the video for "Nuthin' But A G Thang" is cemented in mind. Black White Sox hat, a lanky, young Snoop Dogg in the backroom with an LBC hoodie? The Chronic had a LOOK. That it was recorded and released in the months following the LA Riots (as well as featured recordings from those weeks) made this feel like a very specific narrative of Los Angeles. A listen today it feels like opening a time capsule. It also feels like escapism, which is perhaps what the cover tells us.

And of course, the album cover had that signature look. Copying the old Zig-Zag wrapper design, Dre gave a sly nod to the name of the album itself. Wikipedia notes, "The Zouave soldier portrayed on the front of Zig-Zag products is colloquially known as the 'Zig-Zag man.' The choice of a member of this French North African regiment as a Zig-Zag icon originates from a folk story about an incident in the battle of Sevastopol. When the soldier's clay pipe was destroyed by a bullet, he attempted to roll his tobacco using a piece of paper torn from a musket cartridge." In Kimberly Holt's design, Dre was the Zouave soldier, the mastermind and innovator, front-and-center, the ringleader.

Over the last 27 years, The Chronic and Dre has undergone stages of respect and controversy, from his brilliant use of Parliament-Funkadelic samples to admitting to abuse of girlfriends at that time. Assessing art in retrospect often seems too messy to avoid mentioning. But this cover is iconic, and elicits such a feeling of that time that it merits looking at what one piece of art can convey to an entire era. That Dre's production would introduce a whole new generation to the likes of George Clinton and funk forefathers in the process was essential. Many would argue that this was the rap album that was a true crossover, and a multi-platinum status enshrines that legacy. You can't tell the history of popular music without Andre Young, and this was his magnum opus.