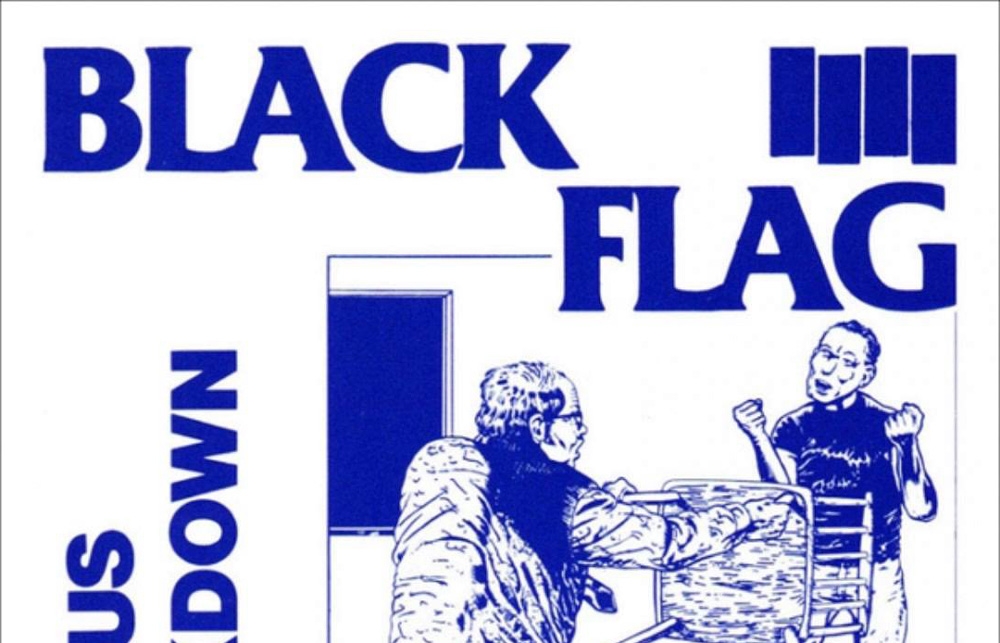 Black Flag released their first EP Nervous Breakdown in 1979. It was the first real recordings of Black Flag’s music, and although they only pressed 2,000 copies, the band had something physical that they could send to promoters and venues. It was short, raucous, and angry.

Juxtapoz Sound and Vision is a new segment on our platform dedicated to exploring one piece of substantial album artwork every Sunday. Album artwork is one of the primary ways that musicians and visual artists are able to collaborate, and many iconic album covers are simultaneously iconic pieces of pop art. It’s also an excuse for us to share some of our favorite albums and the visual component behind what makes an album groundbreaking and fun. 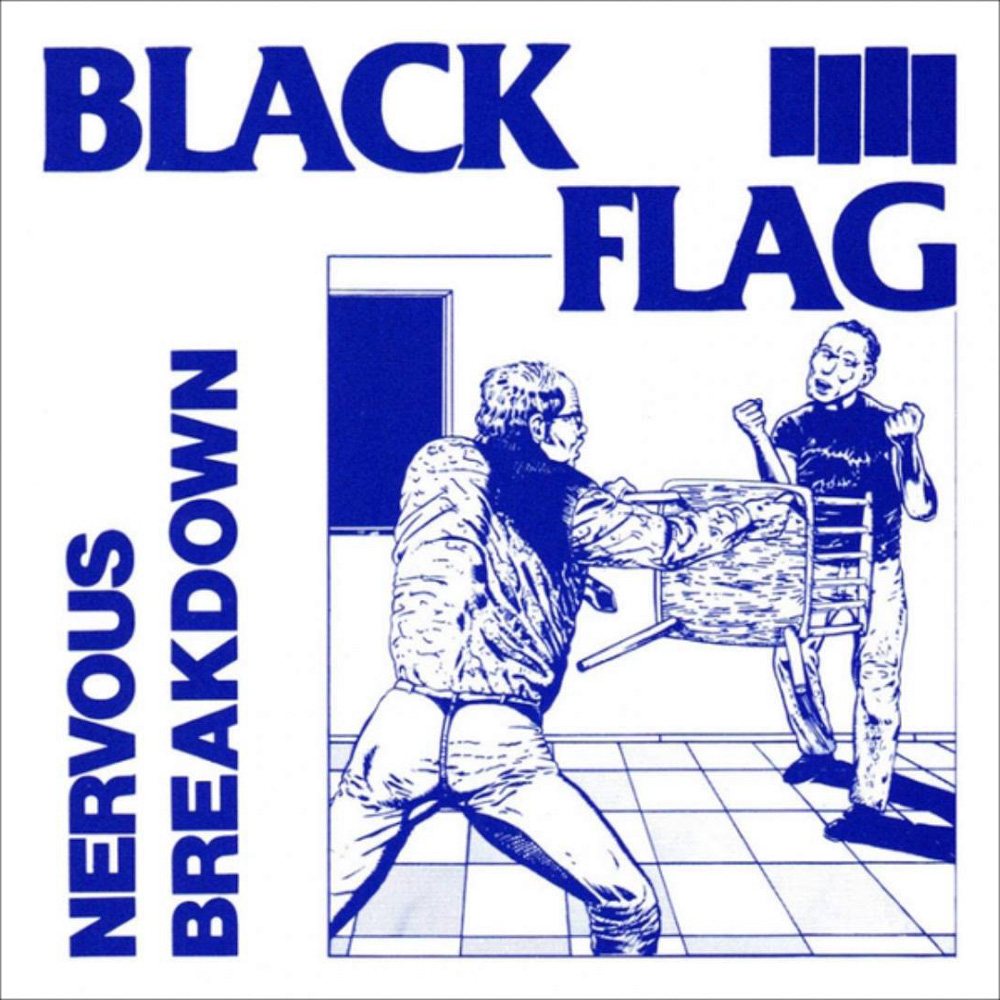 Black Flag released their first EP Nervous Breakdown in 1979. It was the first real recordings of Black Flag’s music, and although they only pressed 2,000 copies, the band had something physical that they could send to promoters and venues. It was short, raucous, and angry.

The cover art was made by Raymond Pettibon (Born Raymond Ginn,) the younger brother of Black Flag’s founder, lead guitarist, and primary songwriter Greg Ginn. Pettibon defined the bands aesthetic, making flyers and album art for the band in their formative years and throughout their career. His violent, satirical, and heavily critical paintings captured the essence of Black Flag’s music, both drawing from it and pushing beyond it by depicting humorous yet dark situations, often lampooning police and other authoritarian figures. The cover of Nervous Breakdown is no exception, it features a man, back against the wall, while another man comes at him with a chair. Henry Rollins, who famously fronted the band from 1981-1986, cites the EP’s artwork as being one of the first things that drew him towards the band.

Raymond Pettibon’s influential career beginning in zines, punk flyers, album covers and eccentric comic-book-like illustrations made him one of the forefathers of Juxtapoz Magazine.

His Southern California roots and now NYC homebase made his career range from DIY subversive to internationally acclaimed fine artist. From surf to baseball, punk to politics, no topic is off limits in his aesthetic.

Pettibon graced the cover of our 100th issue, and once again in 2017 with a collaborative work with Marcel Dzama. He remains an enigma in the fine art world, a true original who has amassed a massive body of work that never tires or lacks acute poetic perspective. 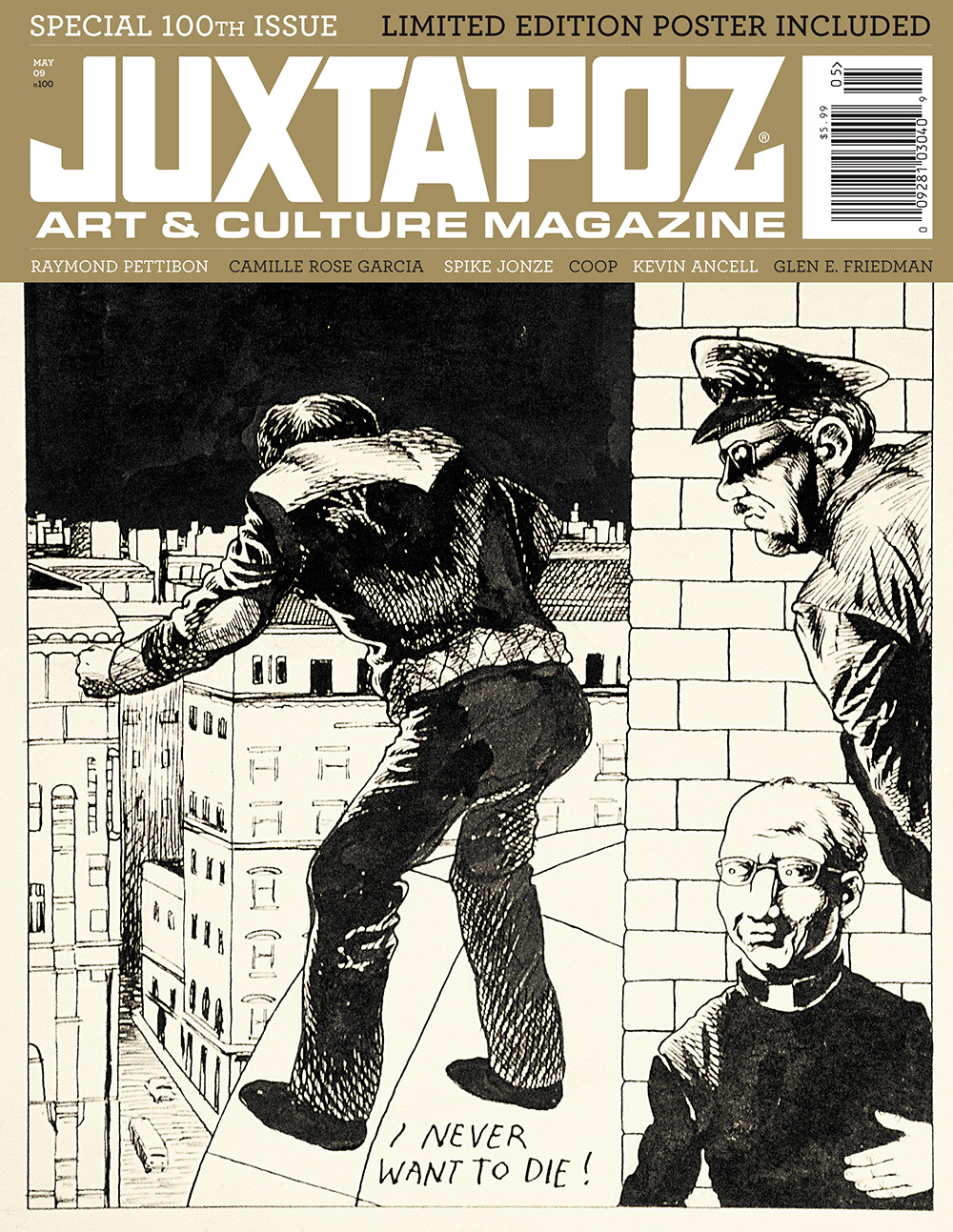 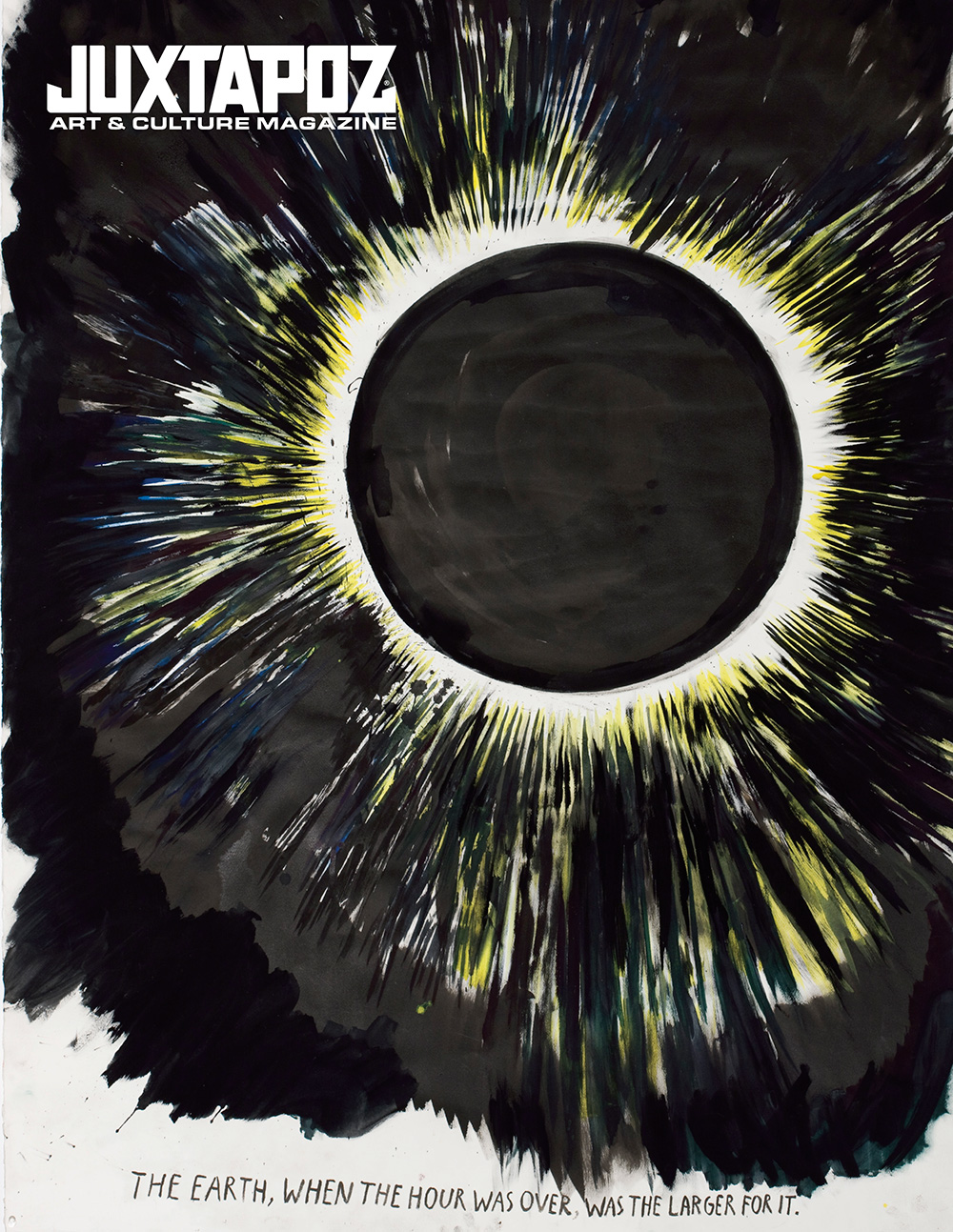 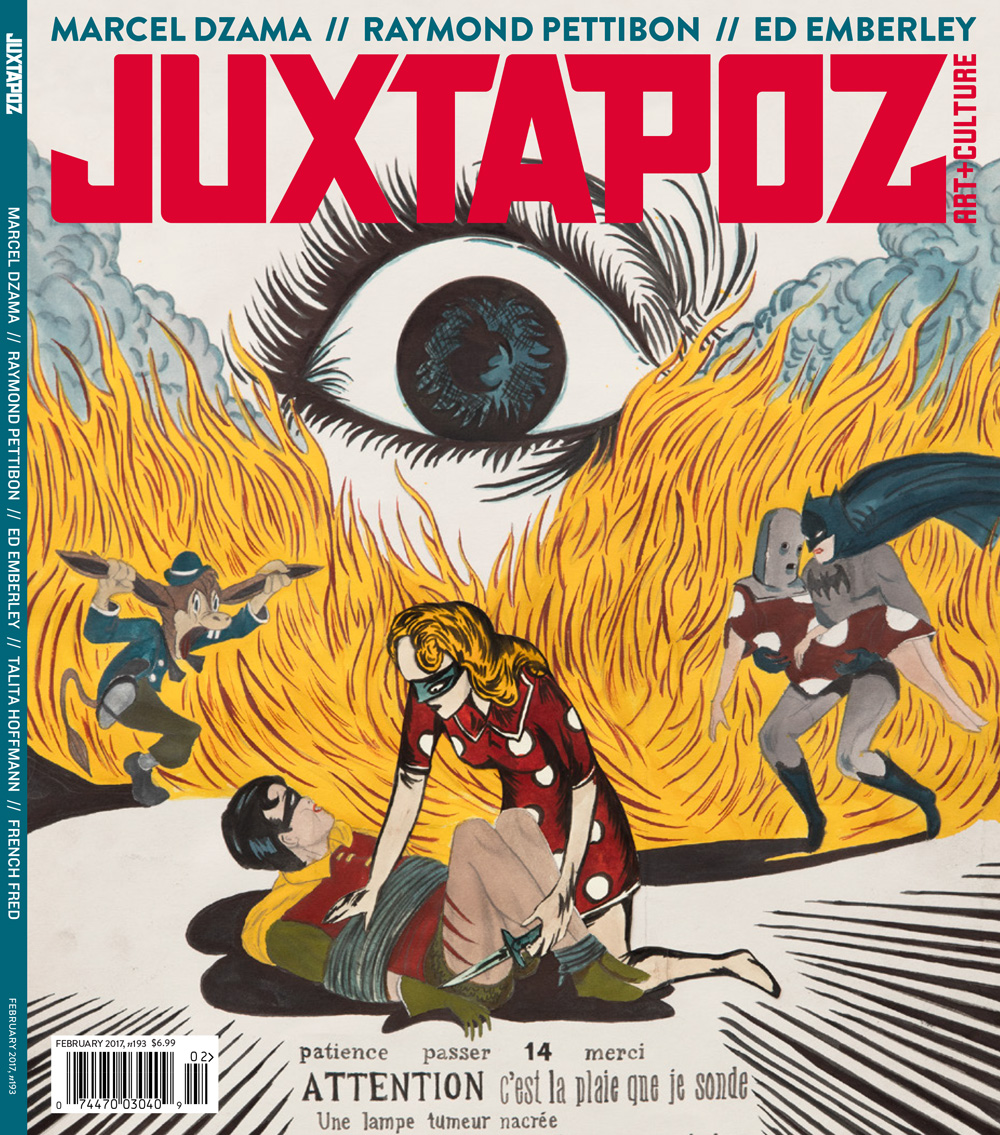