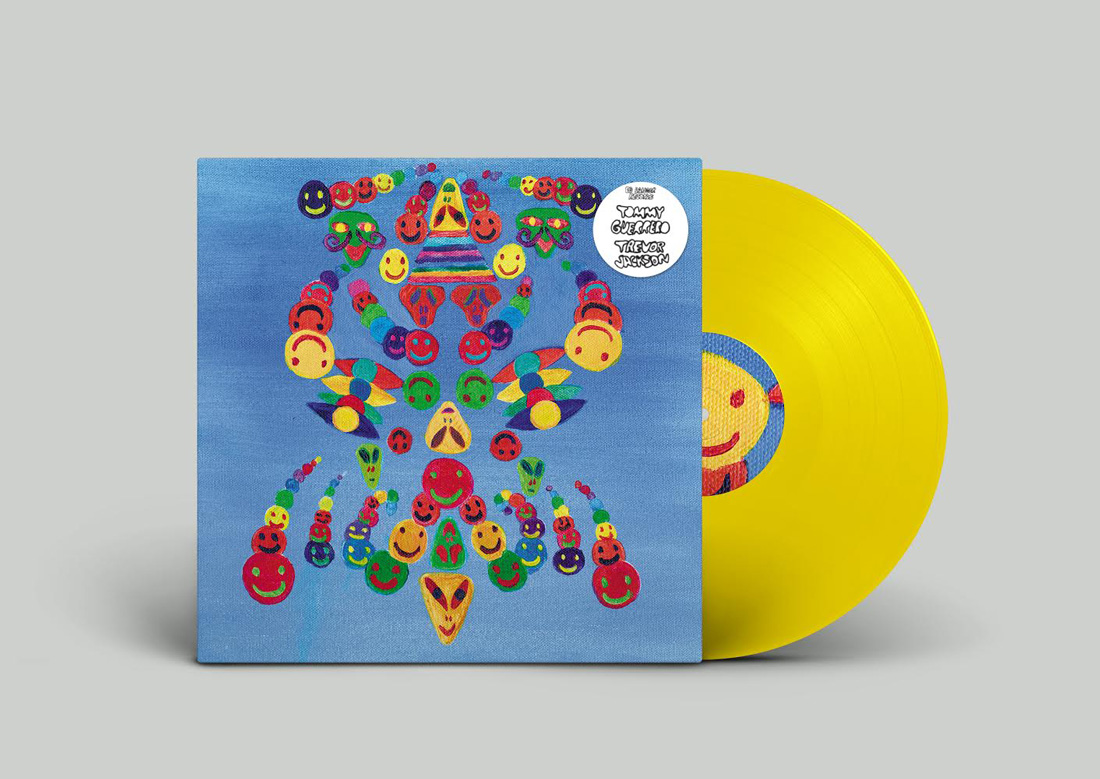 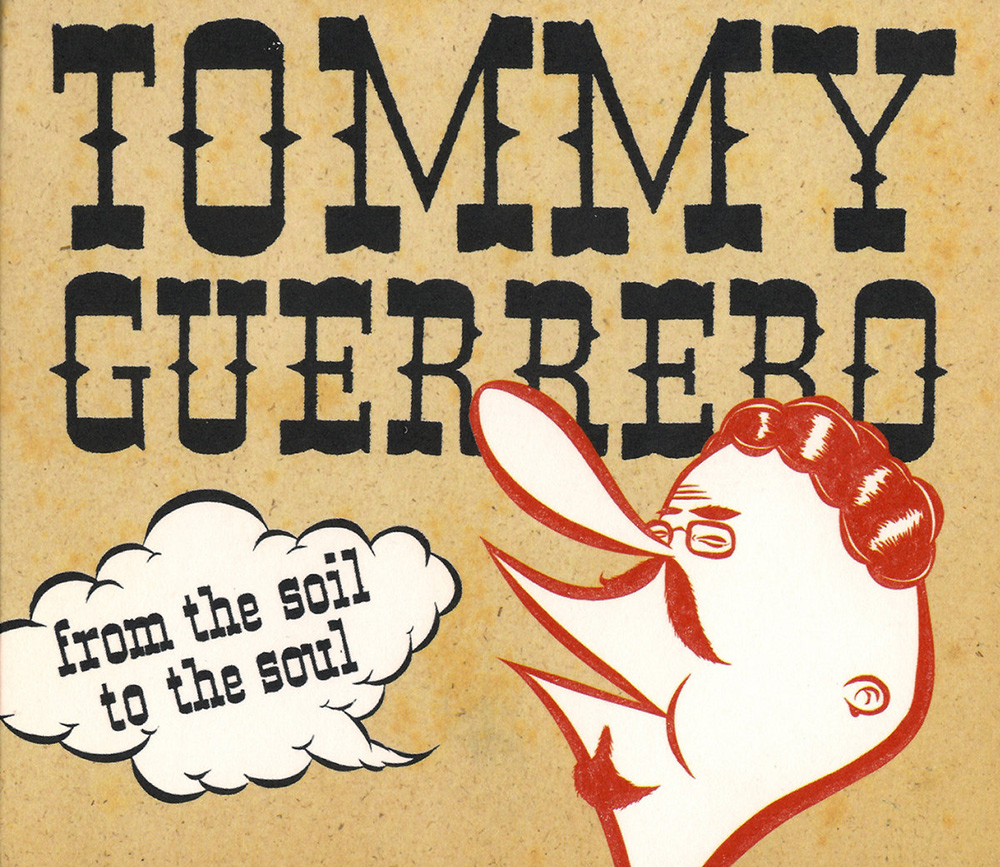 "from the soil to the soil" ft. cover art by Barry McGee 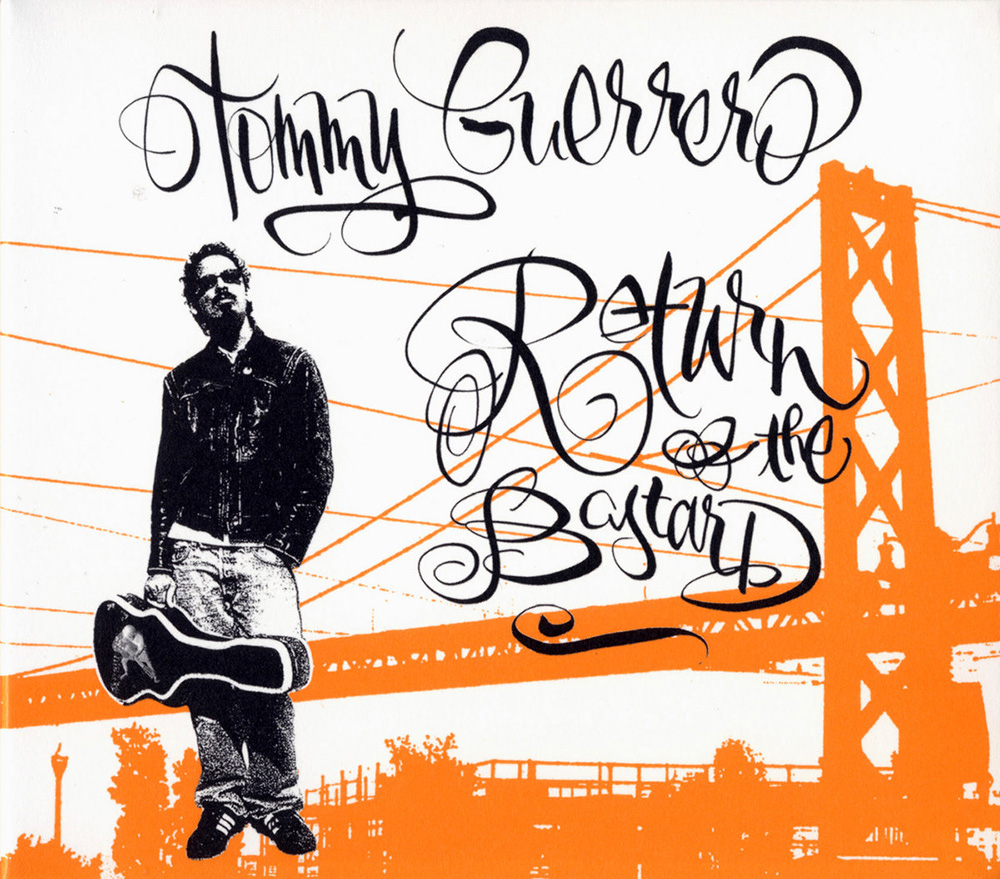 "Return Of The Bastard" ft. cover art by Lance Mountain 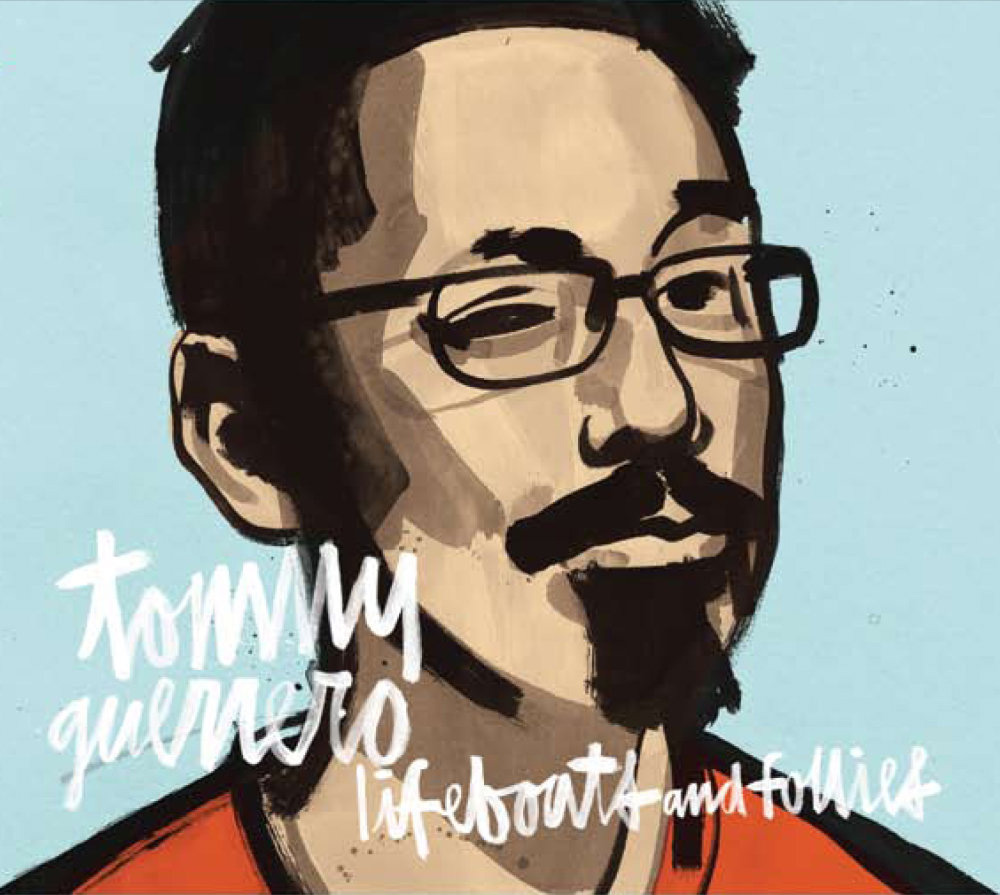 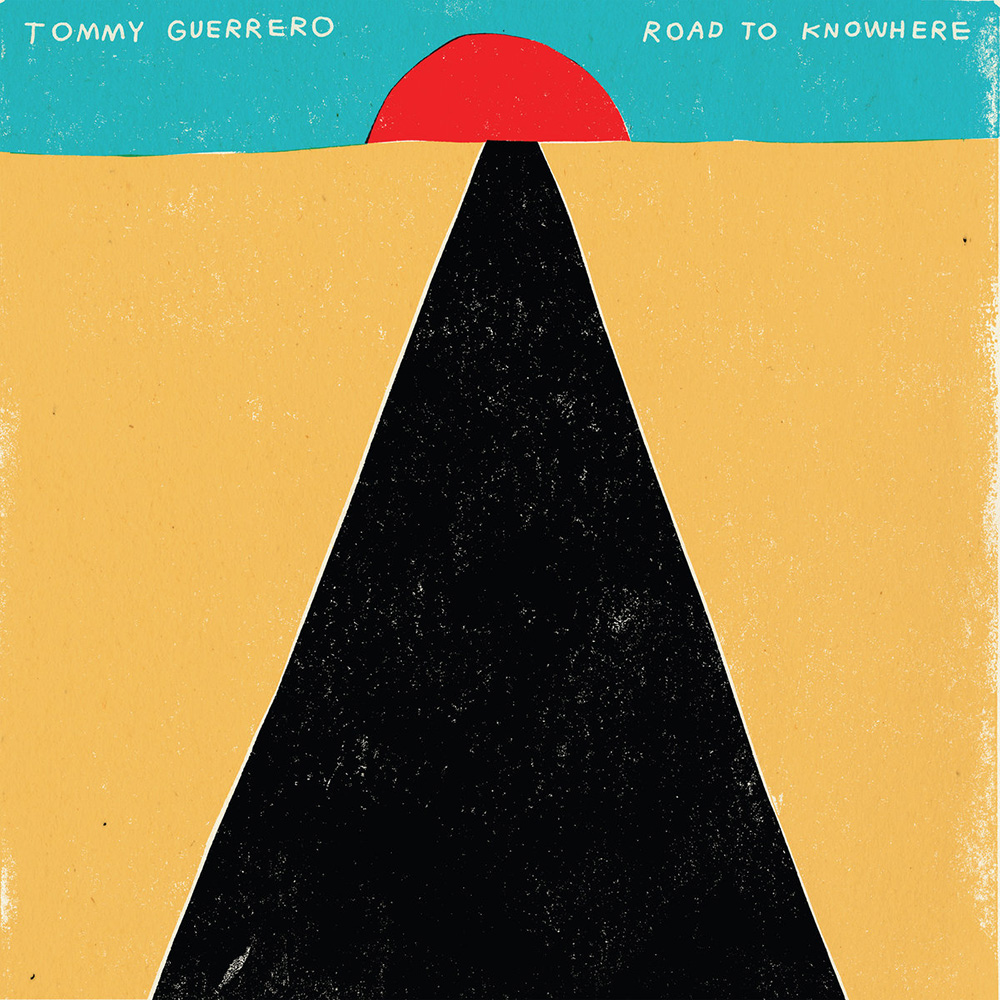 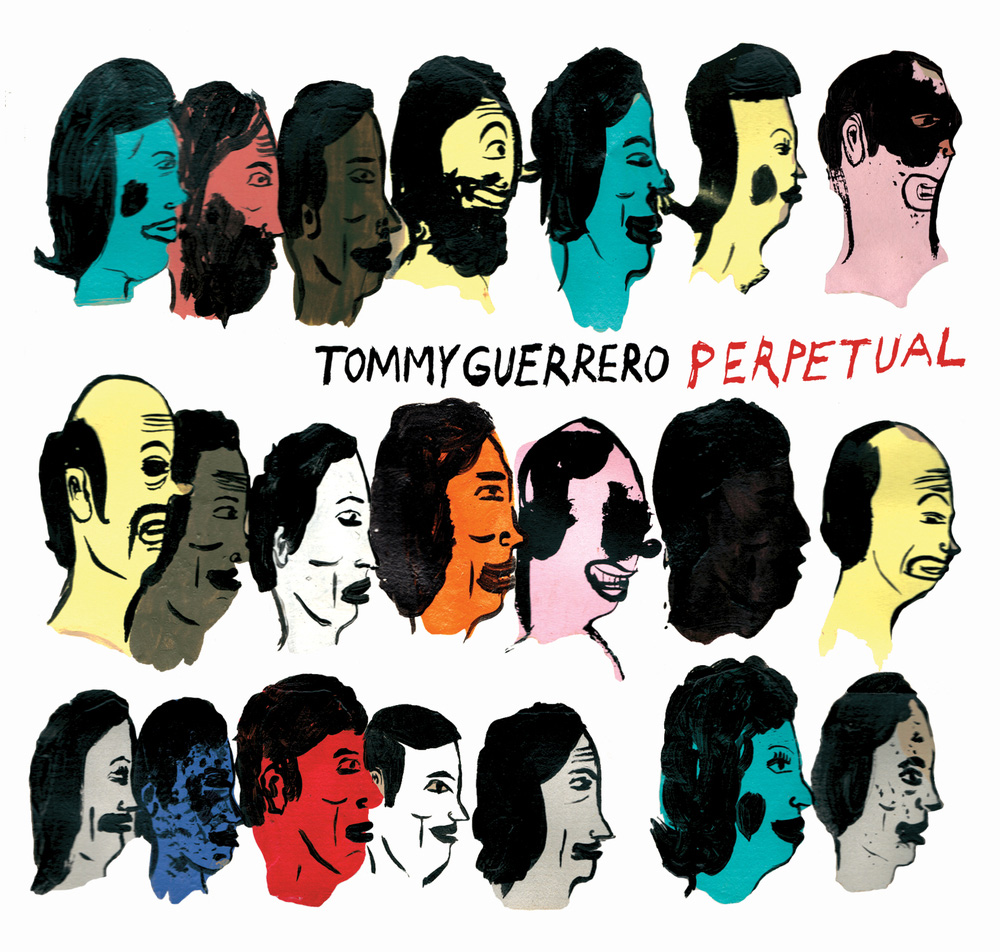 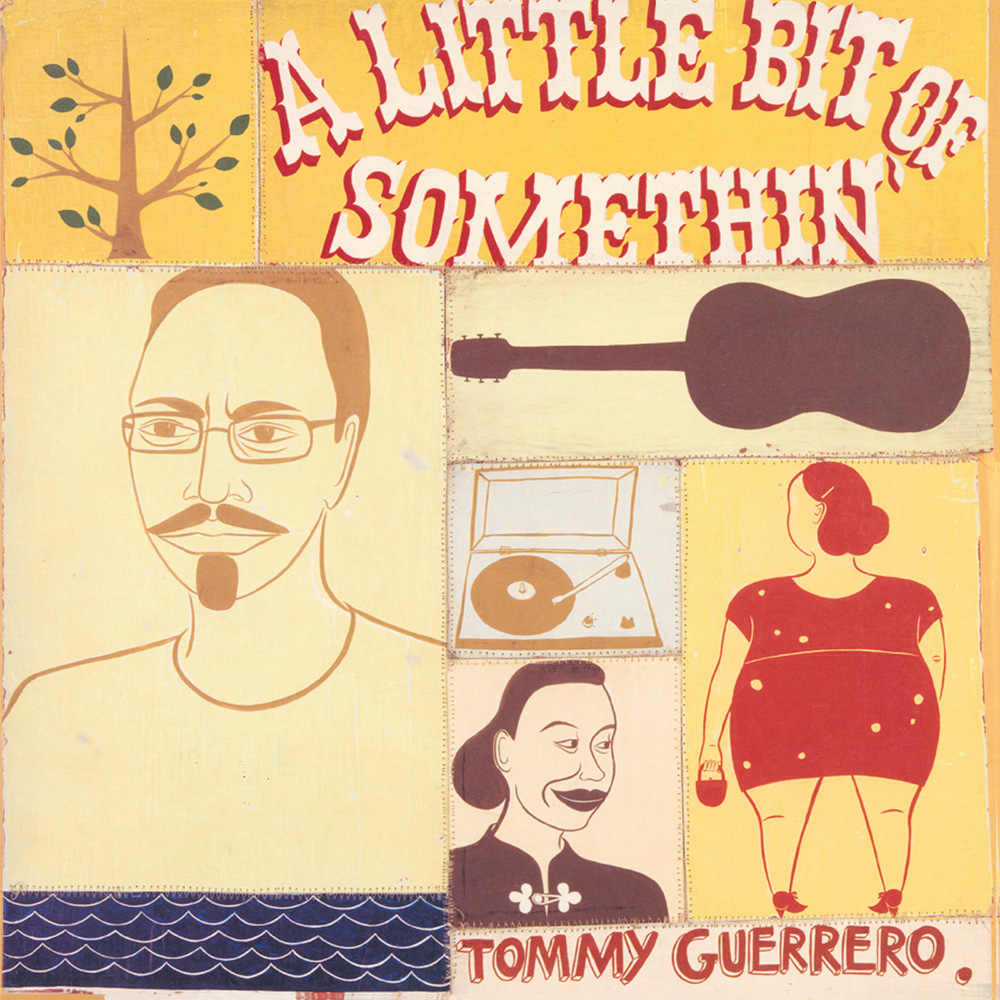 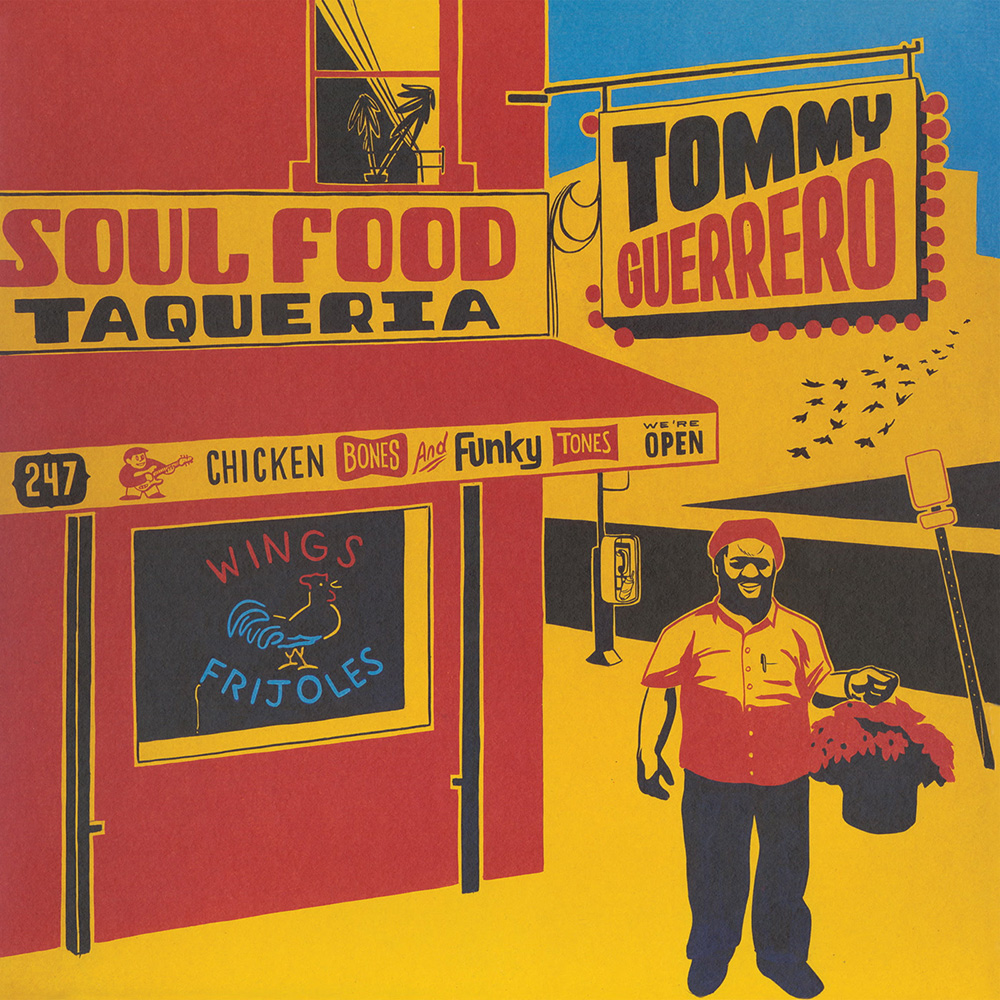 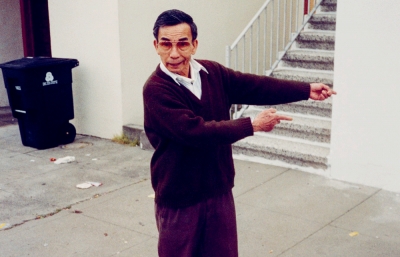 Whether it’s in the worlds of music, art, or skateboarding, San Francisco’s Tommy Guerrero is revered for making a unique mark wherever he treads. He’s an oft-cited pioneer in the world of skateboarding, the type of legendary figure whose effortless style still translates to generations that grew up accustomed to the highly technical level that skateboarding has ascended to. In music, he carries the same energy, somehow flowing from every direction, incorporating a wide array of influences without ever implying they were separate to begin with.

His connection to the world of art runs parallel to his creative practice in music and skateboarding. His album covers feature some of the most legendary figures in the lowbrow movement, including Nathaniel Russell, Barry McGee, Margaret Kilgallen, Evan Hecox, Chris Johanson, Stephen “ESPO” Powers, and many more. As one of the co-founders of REAL Skateboards and longtime general guru at Deluxe distribution, including art direction for Krooked Skateboards, Guerrero also brings his collaborative spirit to the table as a businessman, spearheading some of the most creatively liberated projects in the skate industry. Long story short, Tommy Guerrero is a creative lightning rod whose influence in our world at Juxtapoz cannot be overstated.

His upcoming EP DUB TUNES drops this February with Ed Banger Records. In the same fashion we described above, he has recruited one of our favorite artists and fellow San Franciscan Joe Roberts to create the album’s cover art. Roberts is also intimately connected with the San Francisco creative soup, working with Supreme, local skate crew GX1000, our sister magazine Thrasher, and generally carrying the modern-day torch for SF’s “Mission School” style. In anticipation of the new record, we caught up with Guerrero and Ed Banger Records’ Pedro Winter, chatting about our home city, its artistic undercurrent, and what to expect in this exciting new EP.

Eben Benson: How did this collaboration start? Did you know Joe personally before approaching him to do the cover for your new album?
Pedro Winter: It started with the music. I asked Tommy to dig into his tapes and look for the most repetitive tracks. I like when musicians play with echoes and reverb. Tommy sent me Dub Tunes, a folder with 10 tracks. I chose my favorite ones. I’ve been following Joe Roberts for a few years now. I bought some of his drawings in 2015. I knew we’ll cross path again. Joe is a big fan of Tommy Guerrero, so it was easy to get him on board. They are both from SF too.

How do you describe the connection between visual art and skateboarding? What do you think makes these two practices feed each other so synergistically?
Tommy Guerrero: I’m not sure what the connection is other than skaters are a bunch of creative outcasts. Sometimes it just takes time for the seed to root and grow. There are moments when creativity is born from injury and the need to stay sane while off-board. There is also the pragmatic aspect; boards need graphics. Often small companies can’t afford to pay/hire an artist so the DIY ethos is applied out of necessity. That opens the creative door for some and continues through life. 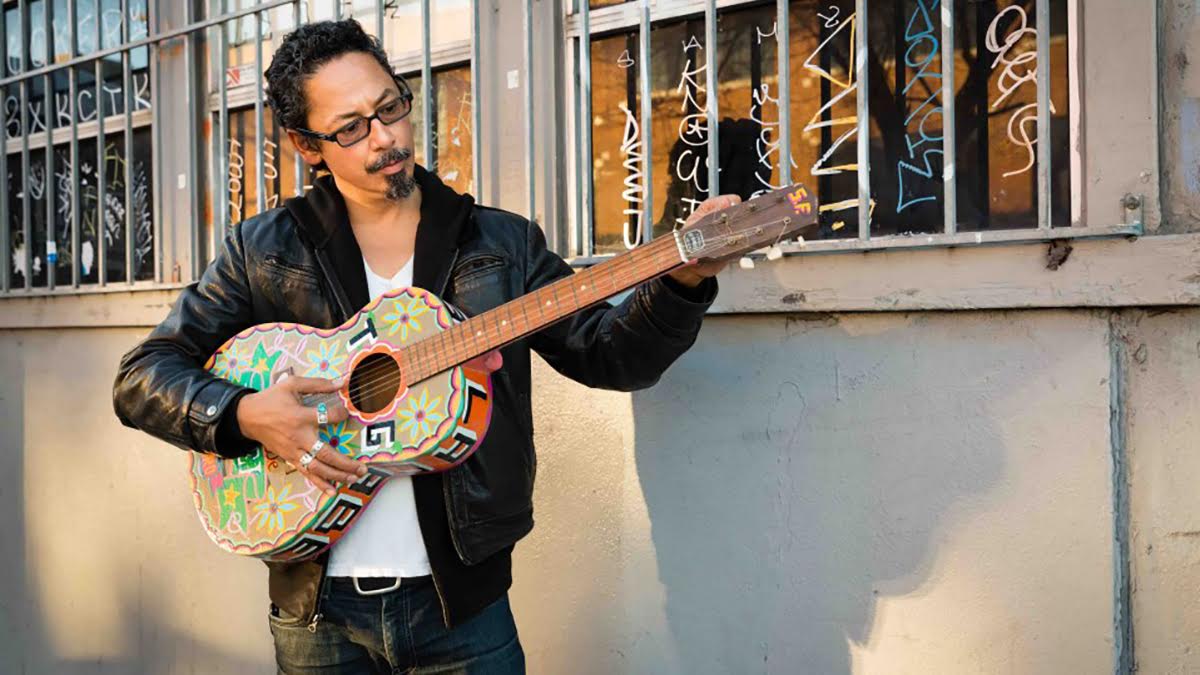 This connection seems to be so clearly illustrated in the history of both skateboarding and visual art in San Francisco specifically. What are your thoughts on that phenomenon? What about San Francisco seems to bring out this unique spirit?
TG: There’s quite a bit of anti-authority history in SF. A middle finger to the norms. It seems to resonate with the oddballs, outcasts and miscreants that flocked here over the last 150+ years. It’s in the mud and the blood of the locals. Graffiti, street art, and skating are all illegal, which creates outlaws in simply doing what we’re here to do. Creatives are often non-traditional types, or as I refer to them; weirdo magnets. We find each other out of necessity so we can have someone to relate to. Skaters, surfers, visual artists, musicians, writers and the like tend to gravitate towards the same places, people, and ideas. This leads to a cross-pollination of ideas and approaches to existence.

Tell us about the new album, where are you at musically these days?
TG: This EP is some funky four-track “Dub” tunes I messed around with a handful of years ago. It was a different approach than usual for me.
Drum machine and a turntable through a Roland space echo.
Random sounds from vinyl-bass and a few other melodic instruments.
No guitar.
Only 4 tracks for each tune.
An effort in minimalism.
A fun way to stay creative and not replicate my past efforts.
This keeps me from losing my marbles.
This EP is nothing like my last album Road to Knowhere, which dropped in late October.