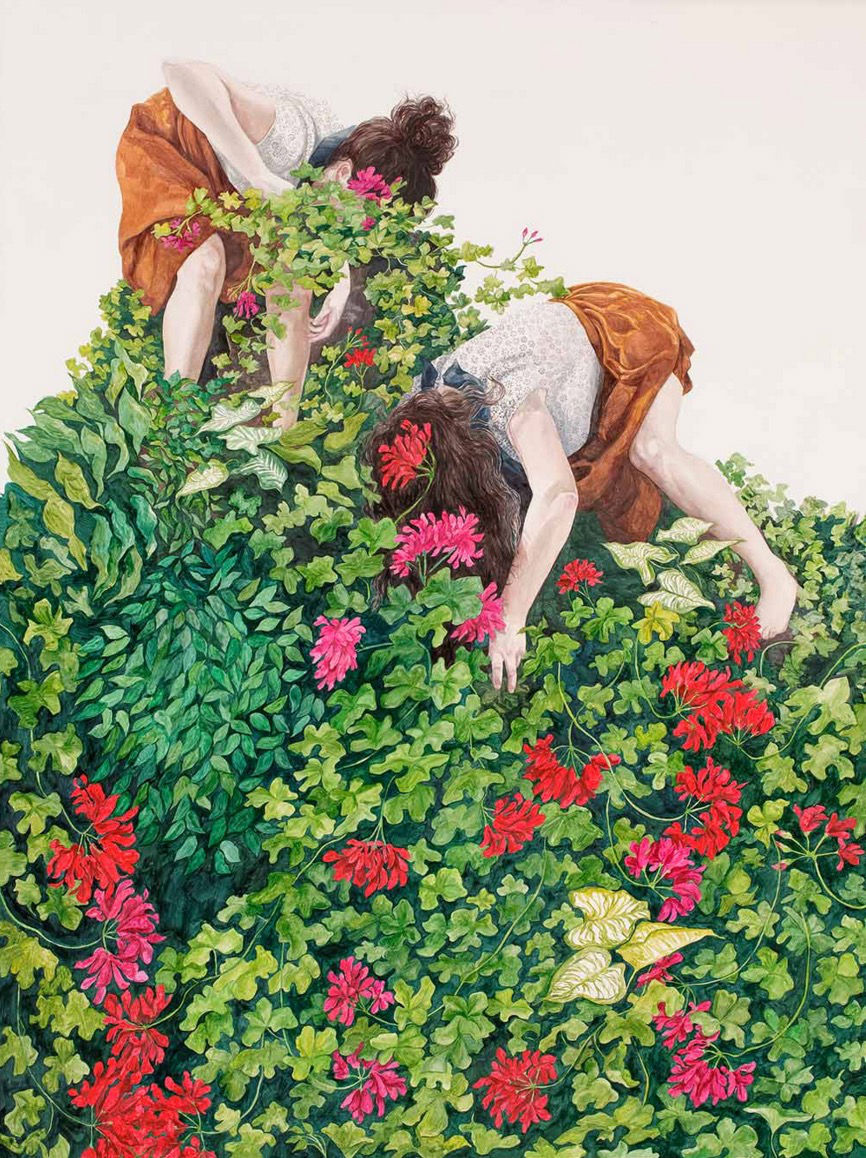 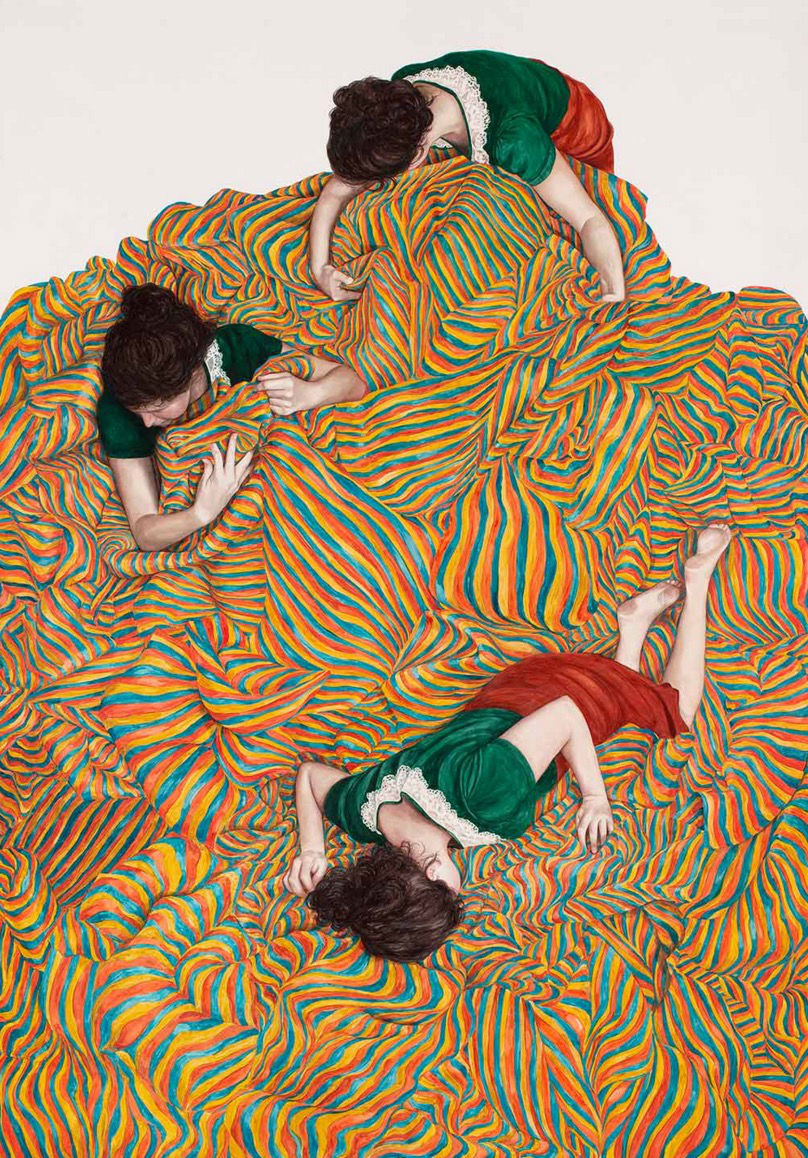 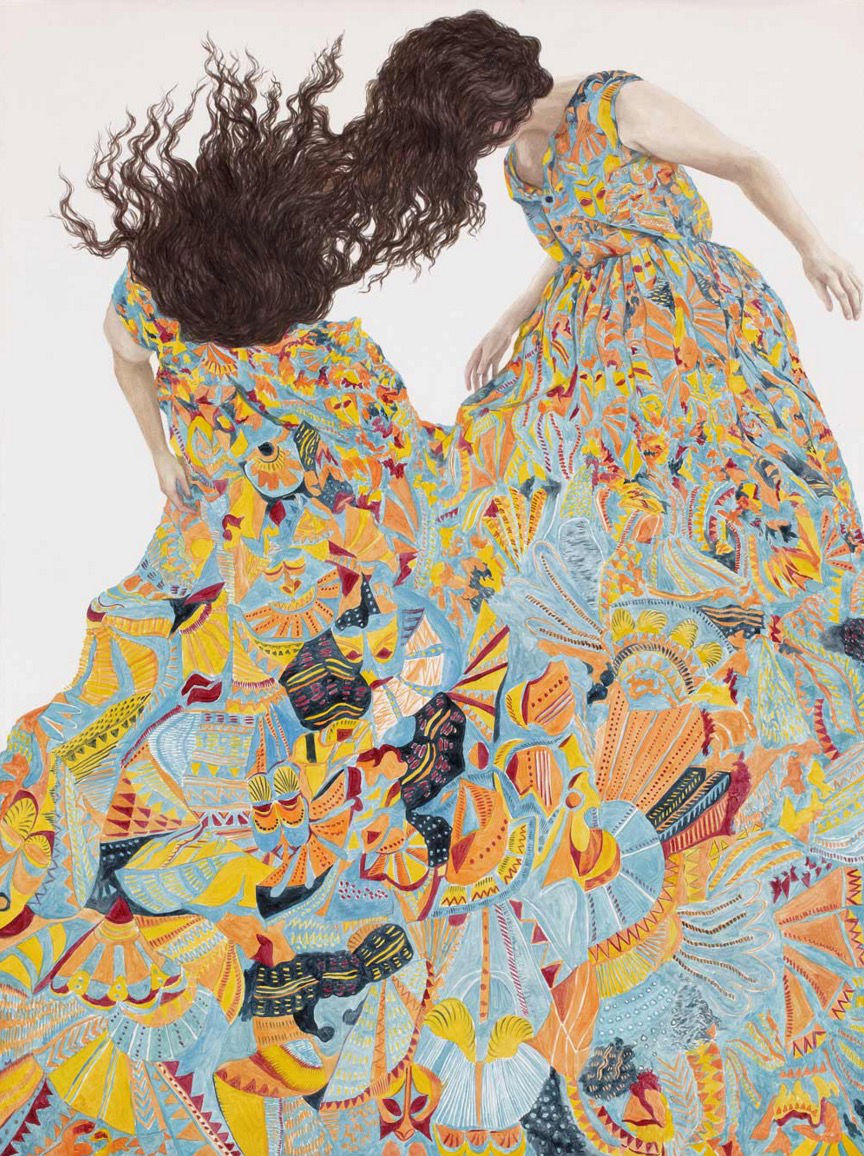 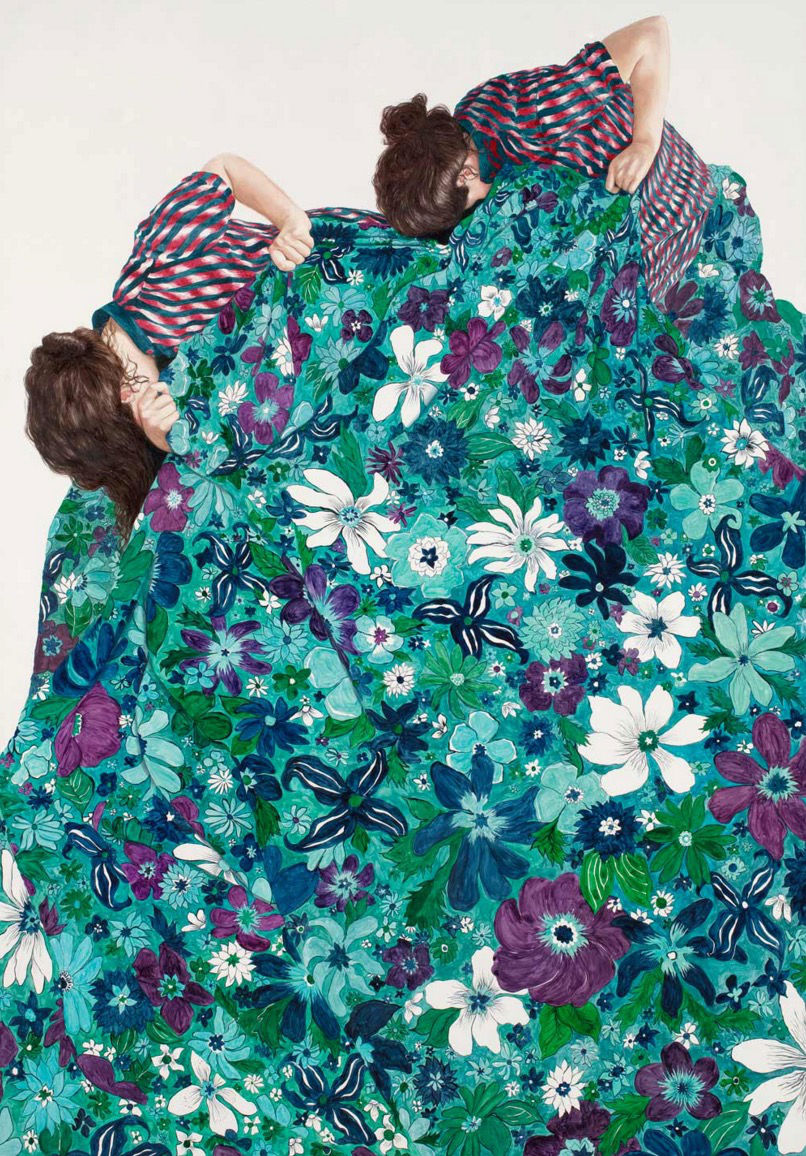 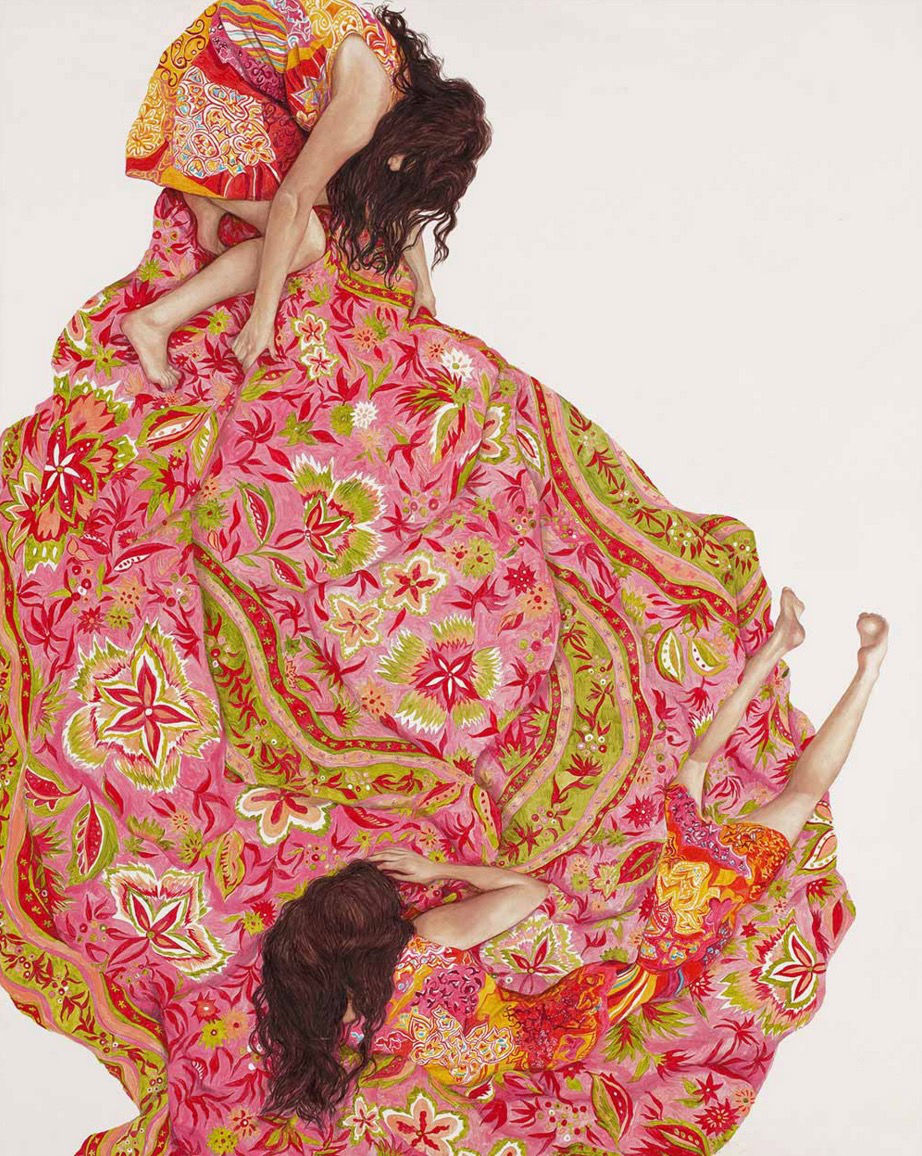 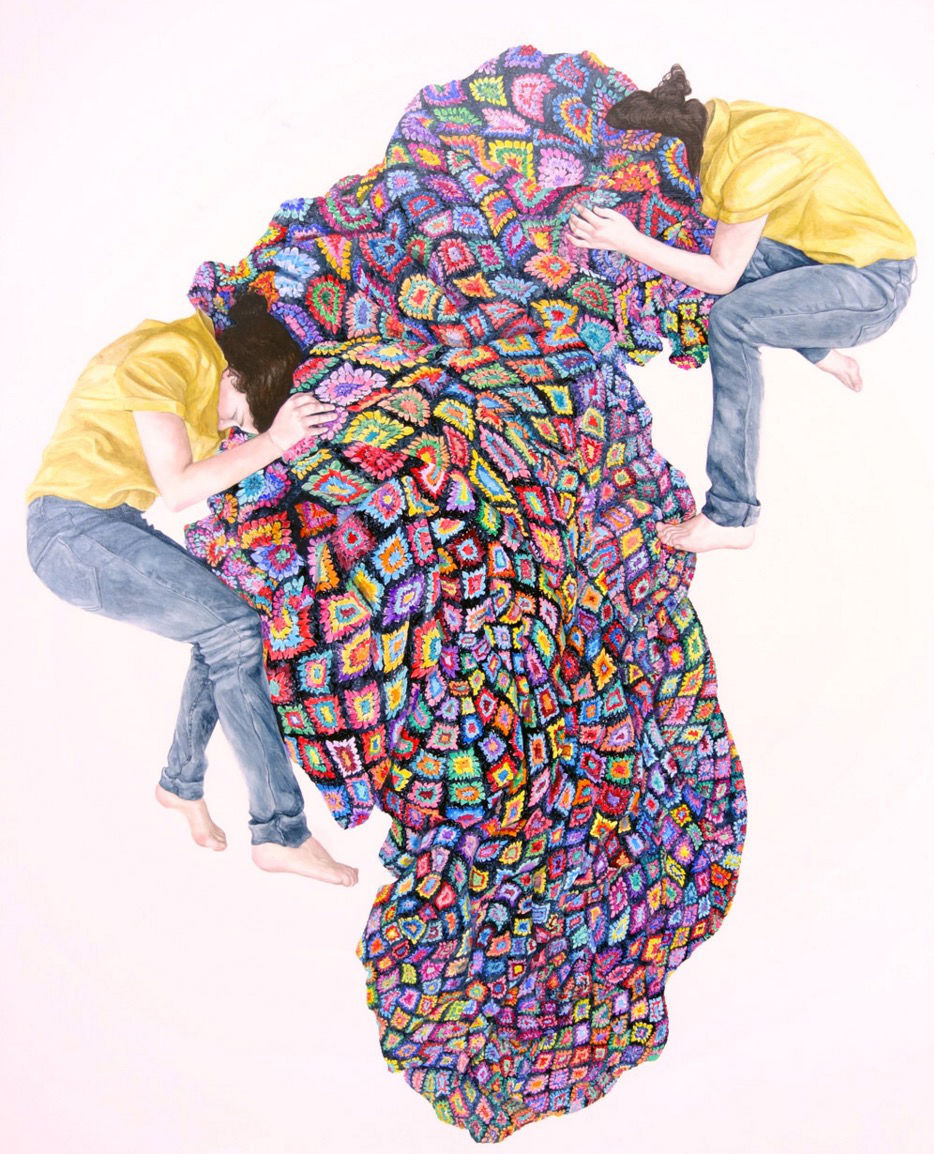 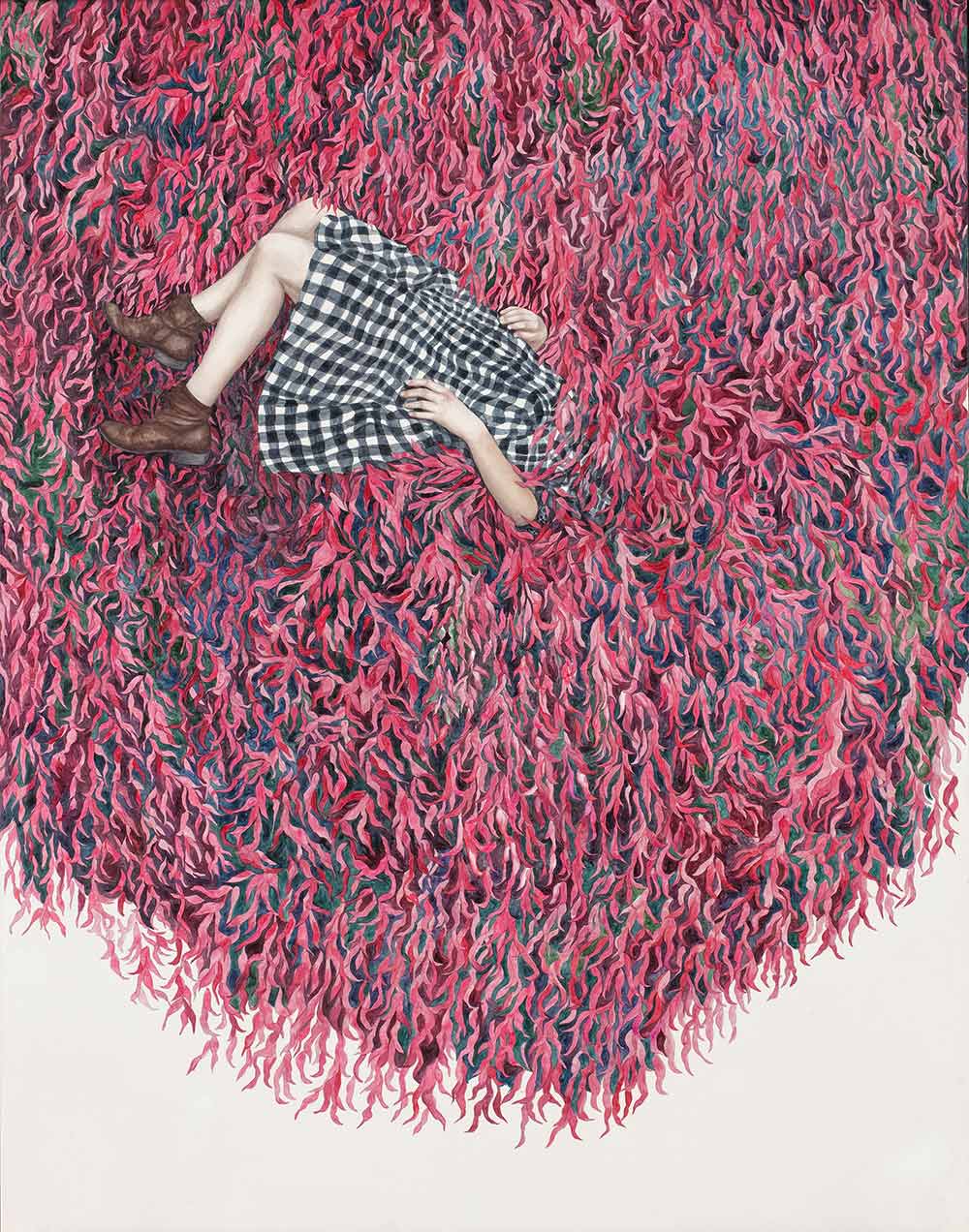 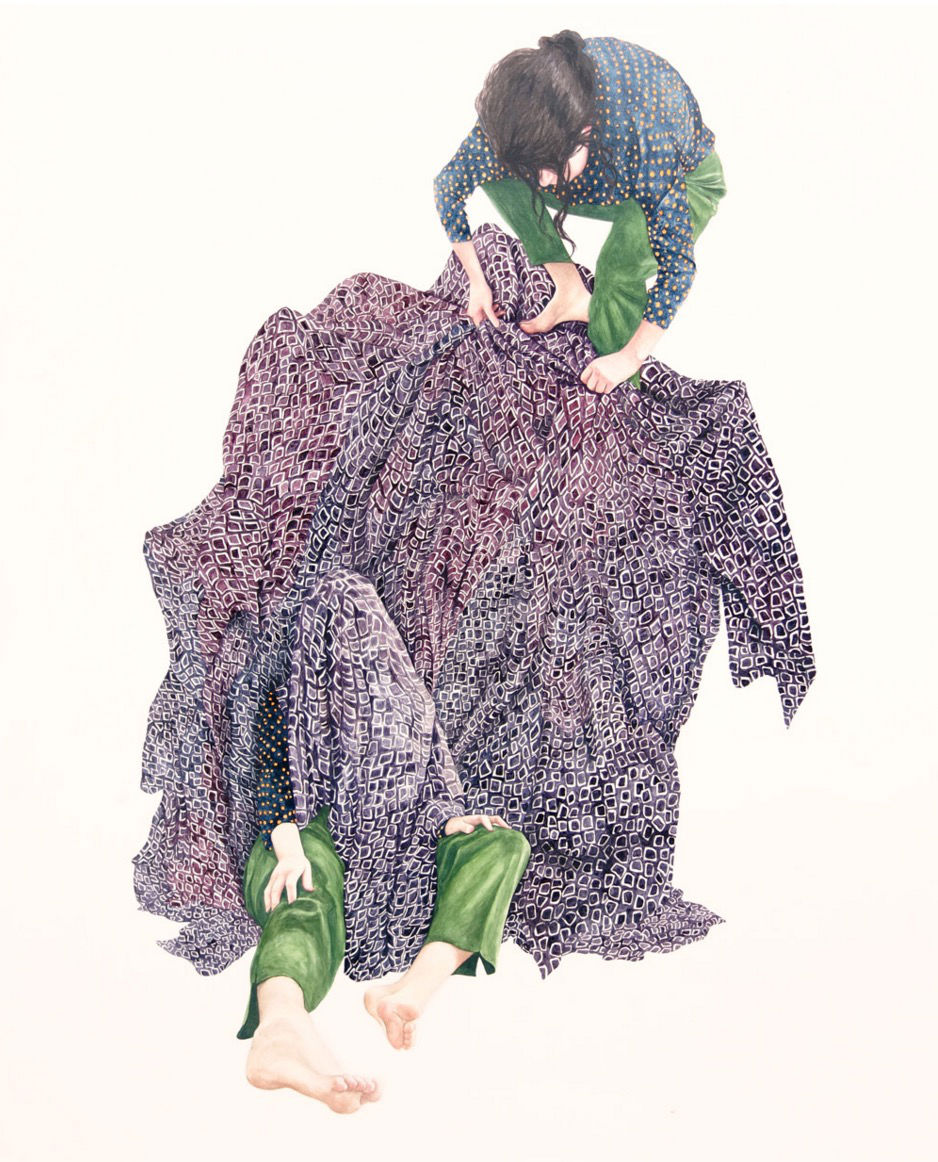 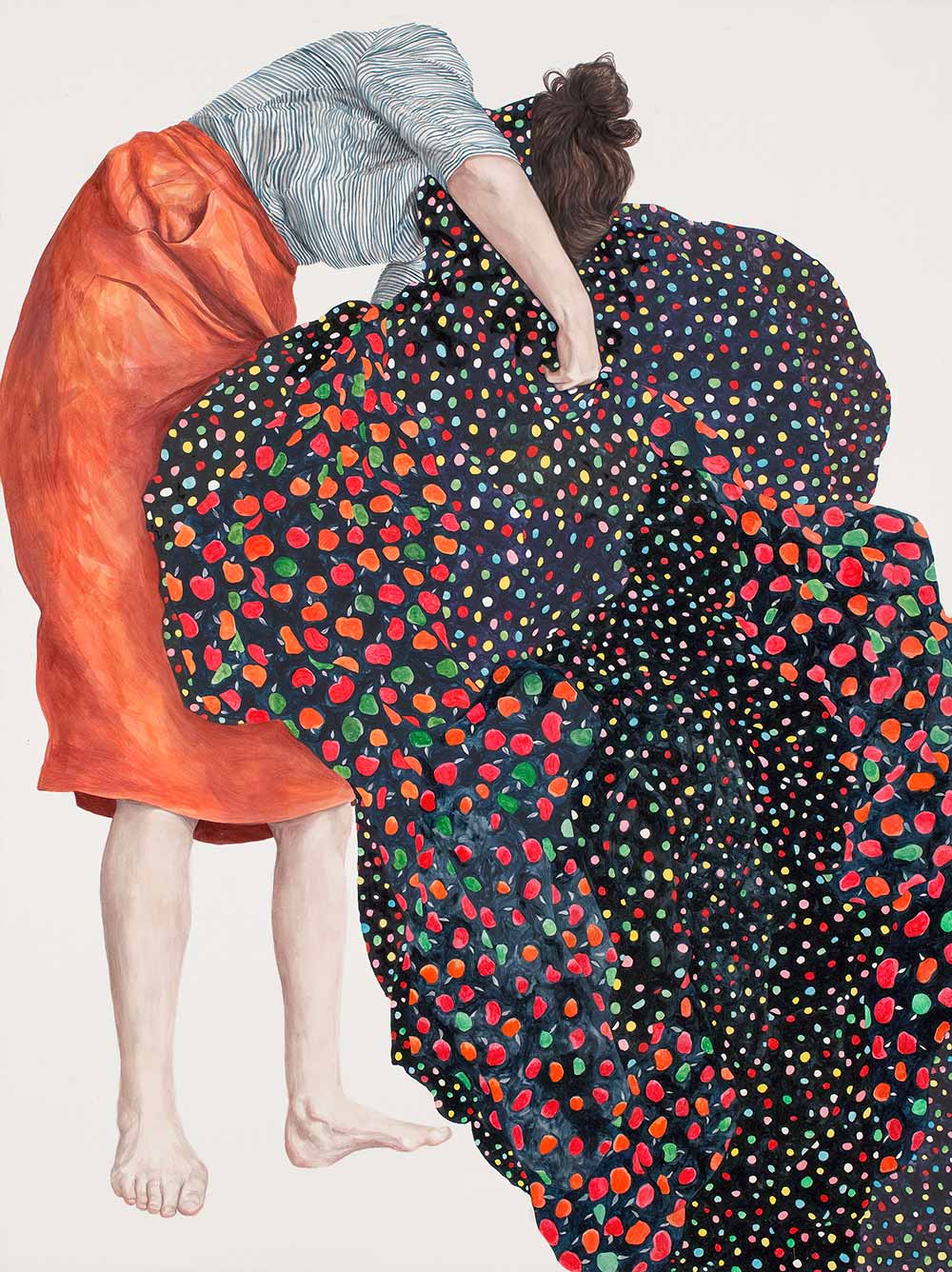 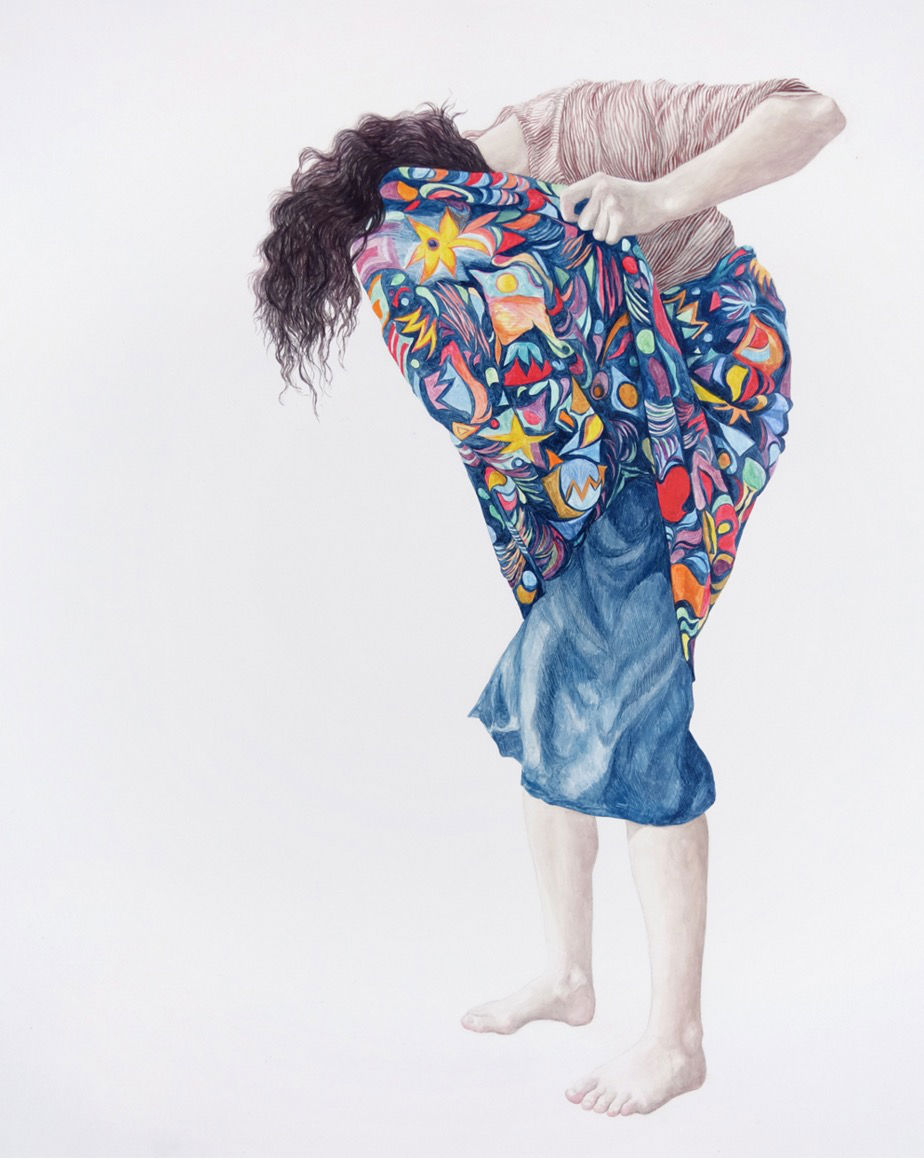 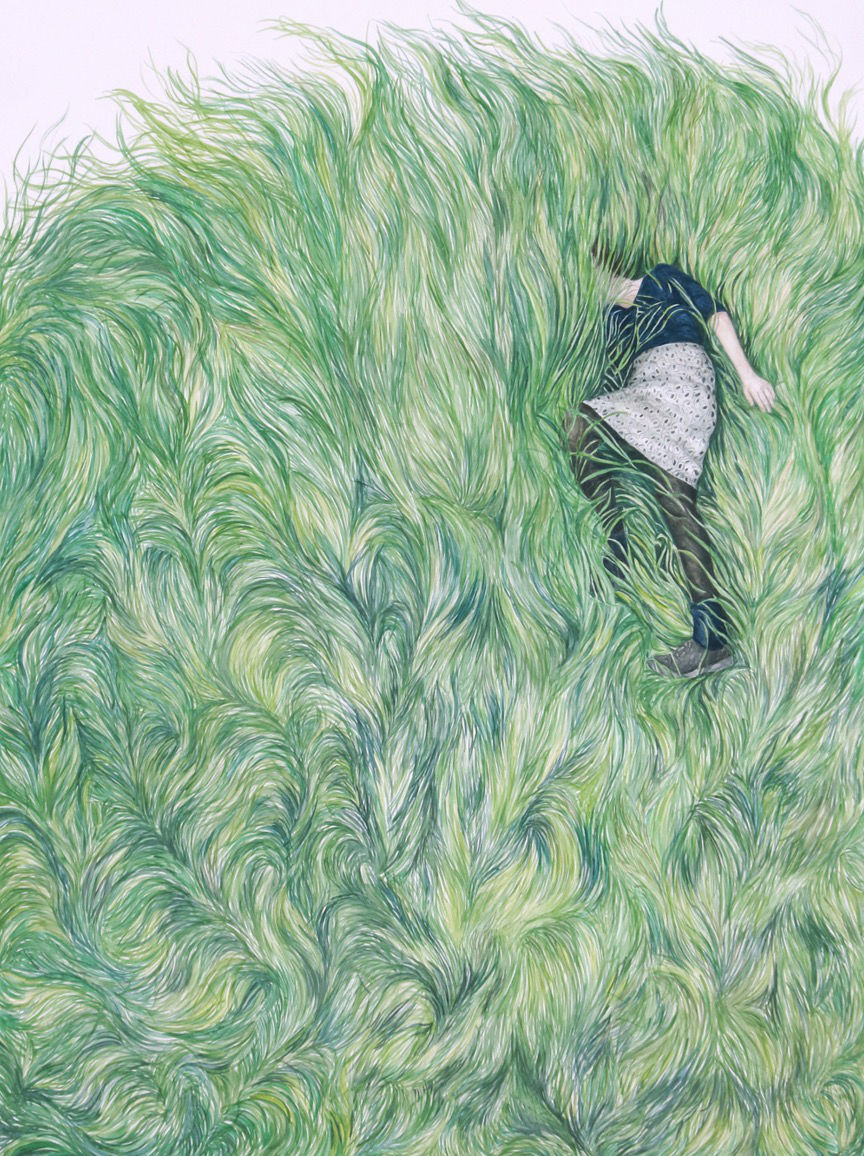 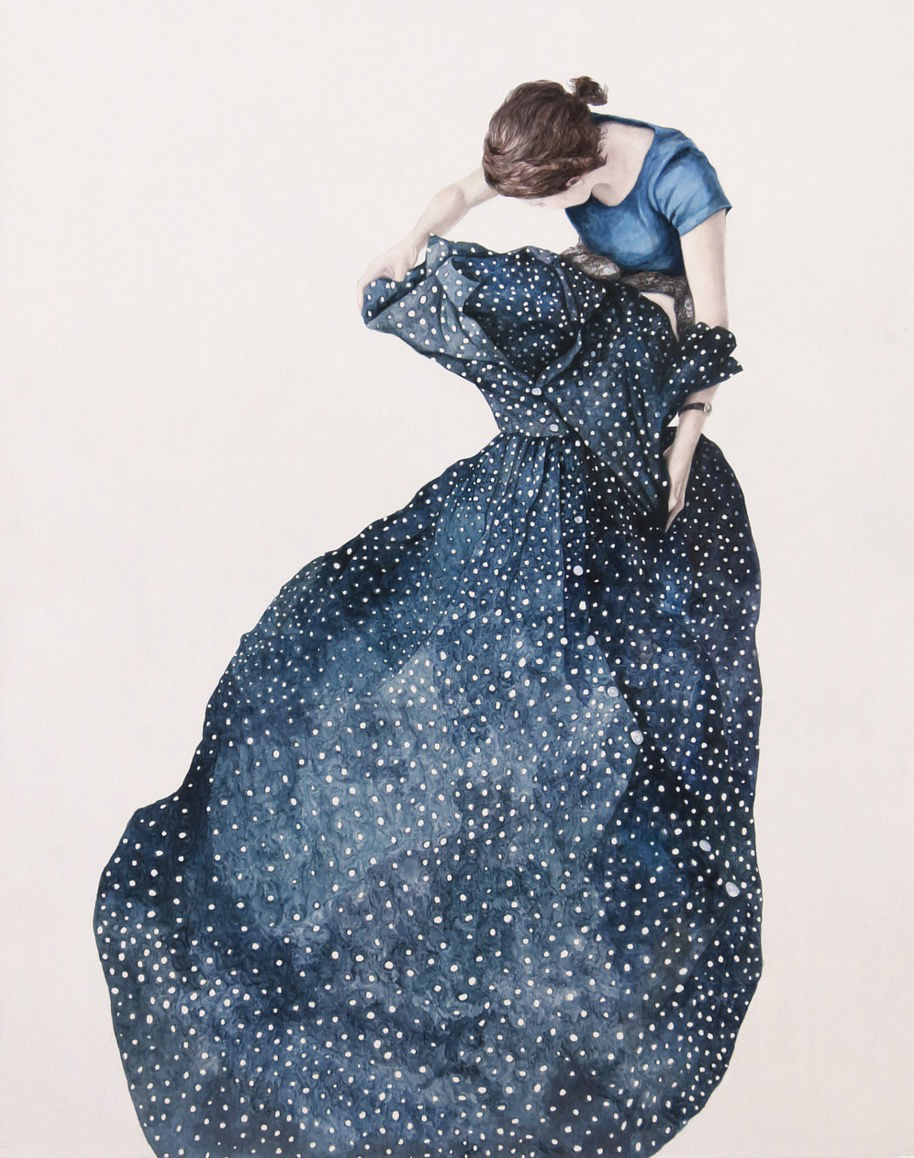 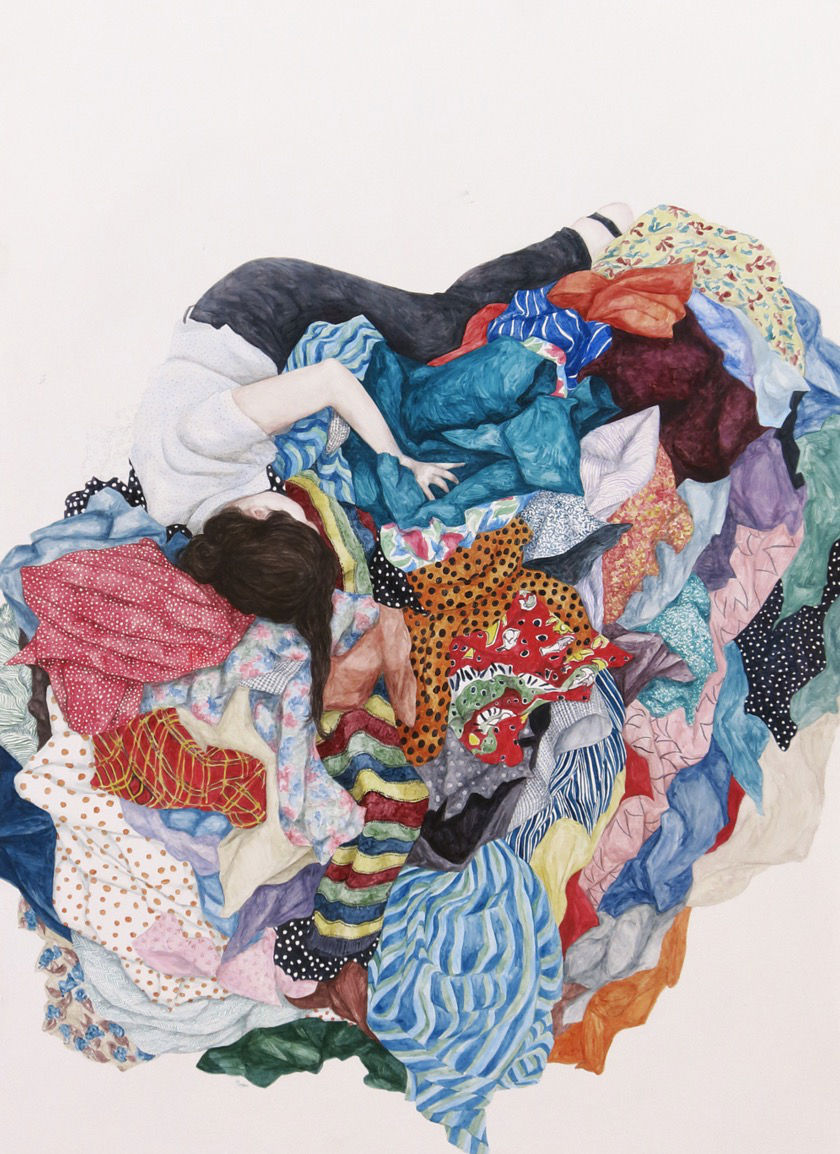 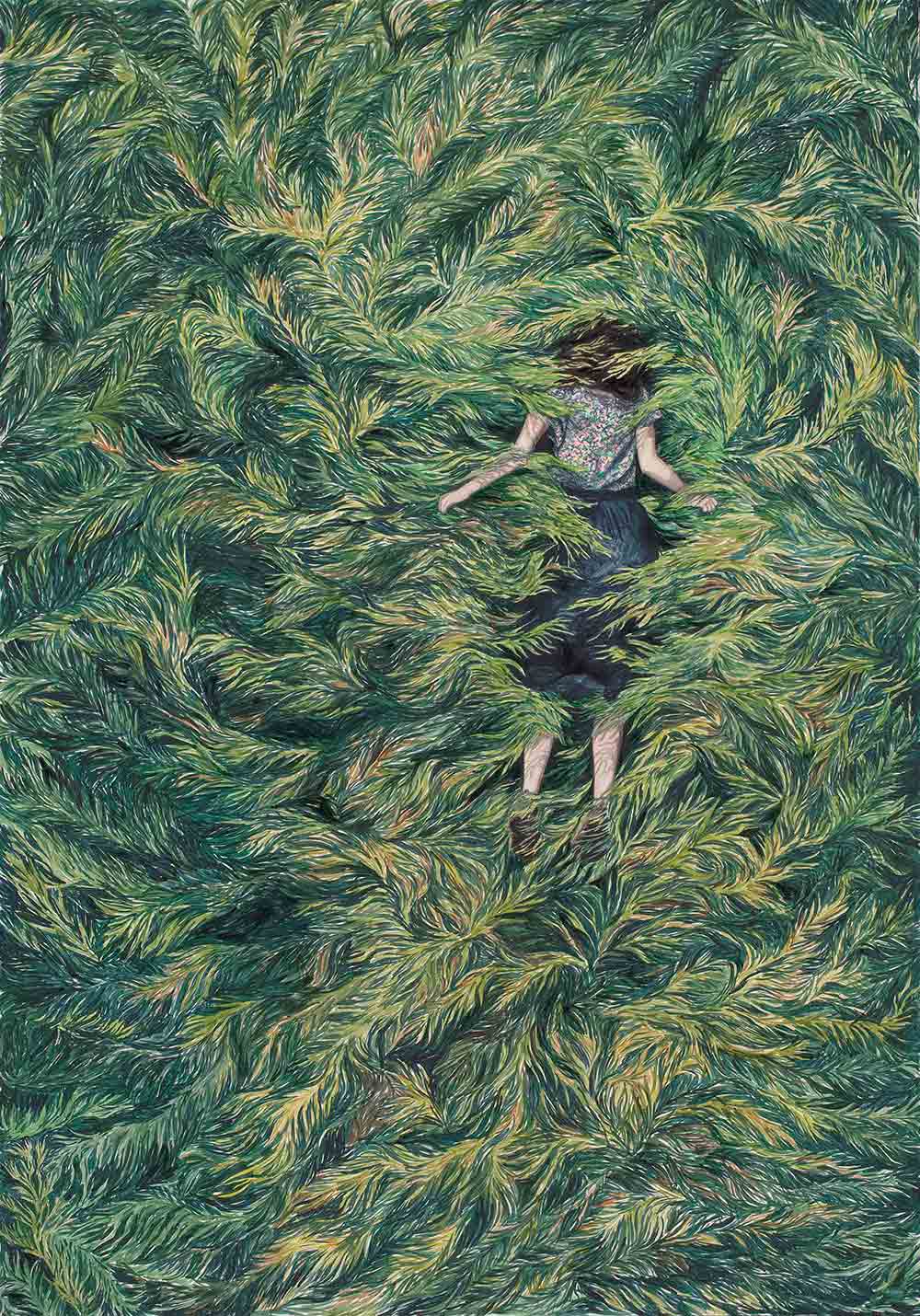 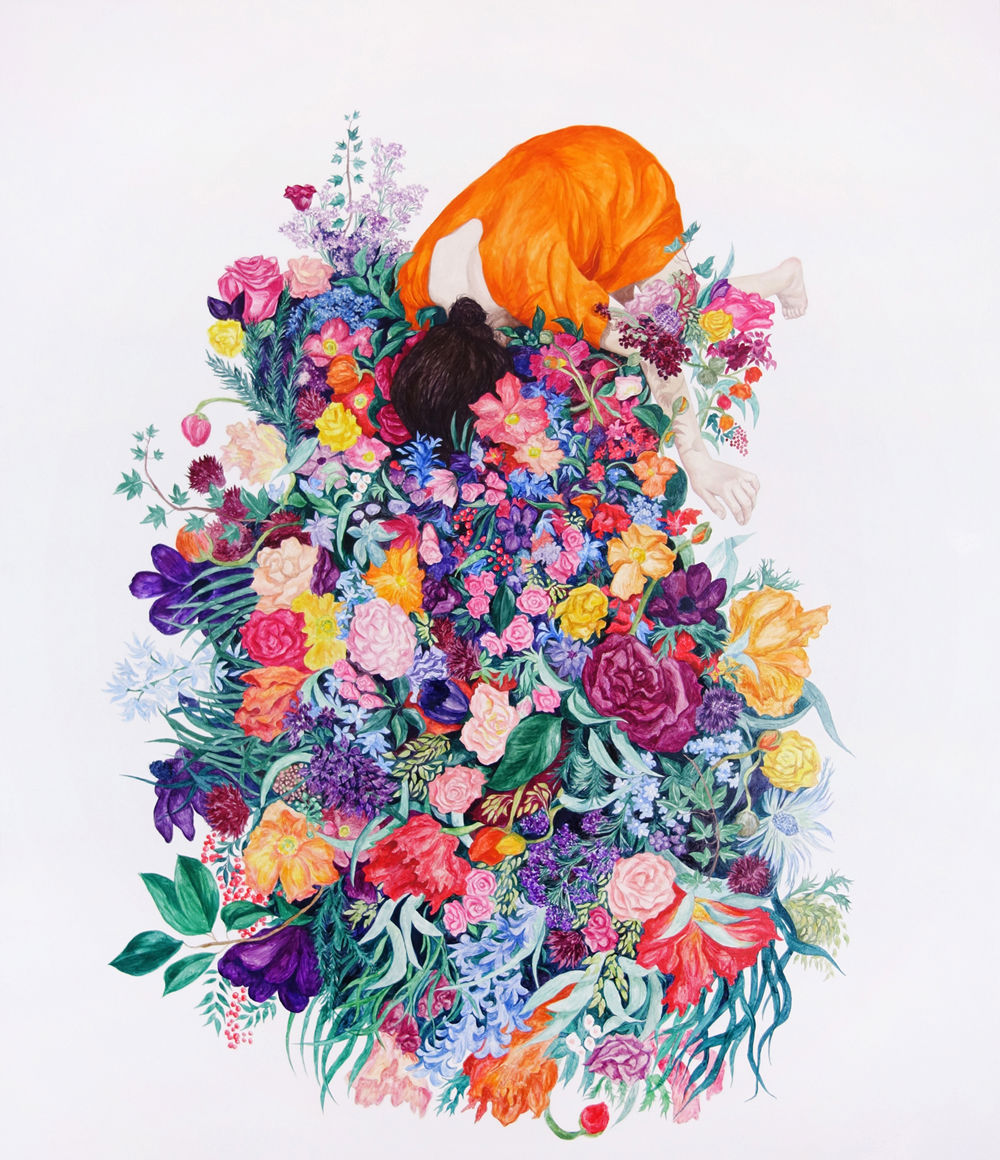 Allowing her imagination free rein, Rohan represents the figure in a variety of emotional roles and physical states.

Floating transcendence and anchored realism share equal magnitude in Monica Rohan’s paintings. Inspired by a rural-idyll of a childhood in South East Queensland and the internal longing of the 19th century novel, Rohan reflects on the genre of autobiography through a mysterious form of self portraiture. Allowing her imagination free rein, Rohan represents the figure in a variety of emotional roles and physical states. Using space as a striking pictorial device, her female subject is positioned in adventurous settings, endlessly floating or falling, climbing or reclining, hunting or hiding.

Rohan’s sensitivity to her surroundings is evident in the carefully composed works, which reveal a love of pattern, light and colour. The paint retains a lucid quality and the decorative potential of textiles and luxuriant foliage act as ready symbols for the day lit world. Nevertheless there is an intrigue within her images, which first present as innocent and whimsical: on closer engagement, isolation and human frailty seem to shadow the pensive languor of the protagonist.