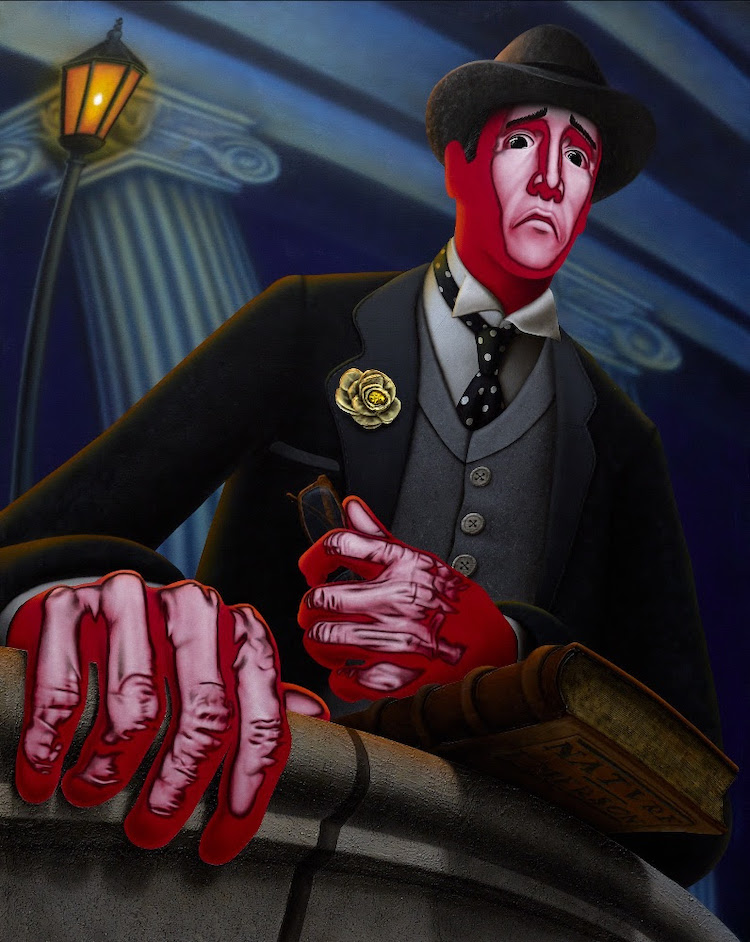 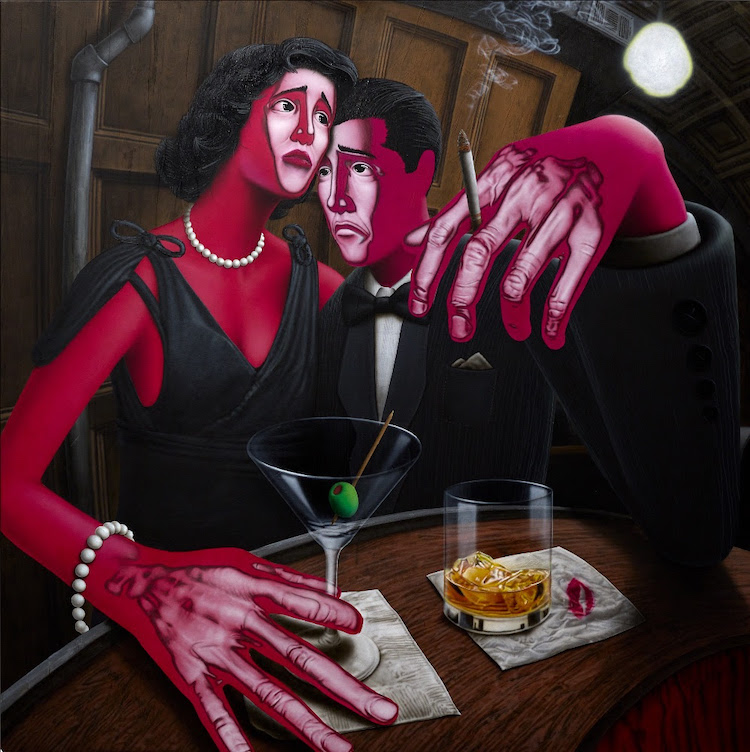 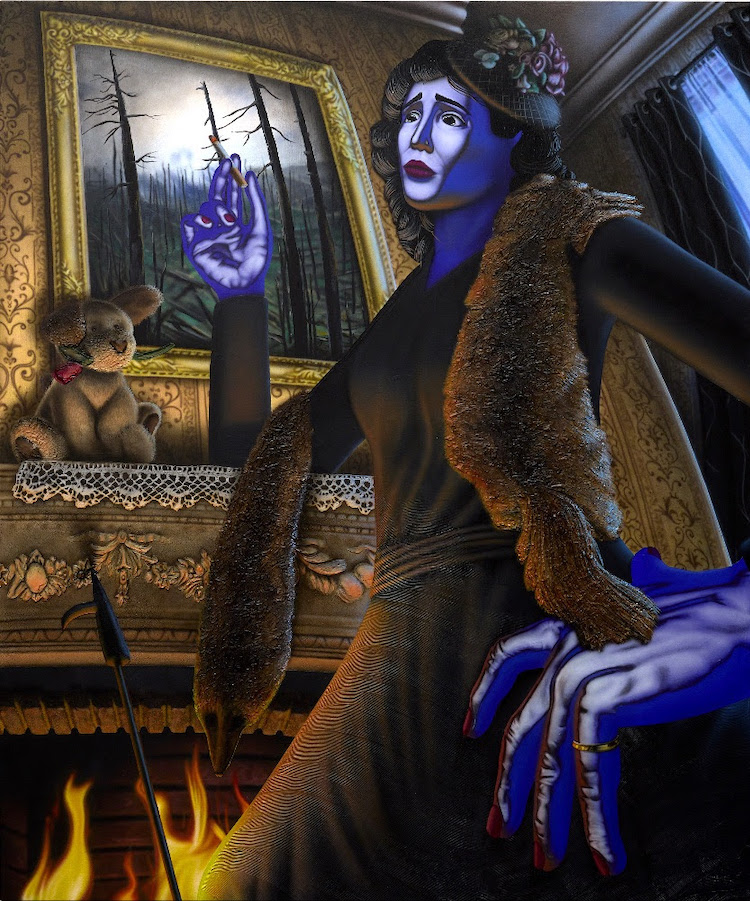 When well executed, a painting can attune to cinematography, as the perceptive eye composes a scene with unique perceptual shifts. Carter Flachbarth creates work with that cinematic vision, and on the eve of his solo show. Picture Show, opening at Richard Heller Gallery in Santa Monica on July 9, he is thinking about film, time, isolation and the art of tomorrow.

Evan Pricco: I've been thinking a lot about movement in the last few months, mainly because we are opening up to the world again, but also just how damn quick we are moving through it all, driven by technology. Your work has that conversation built right in.
Carter Flachbarth: I think the work definitely deals with movement. Movement is pretty much the combination of two foundational ideas: time and space, and my work deals quite directly with those subjects. Within the quickening assault of information on our current day to day lives, I wanted a way to directly deal with the heightened way information is consumed. This inspired the literal perspective shifts within the work that completely changed the space of the paintings. By altering the perspective I can warp and emphasize certain pieces of information to the viewer as well as place the viewer beyond their capabilities. Looking up at a dominating figure, looking down at a helpless figure, or as a fly on a bartop between two lovers. The space is always undulating in motion. The curvatures in the paintings can create the illusion that the world is still settling after a quick turn of the head. To me, that’s where the movement comes from within the paintings: the lack of a relaxed state. 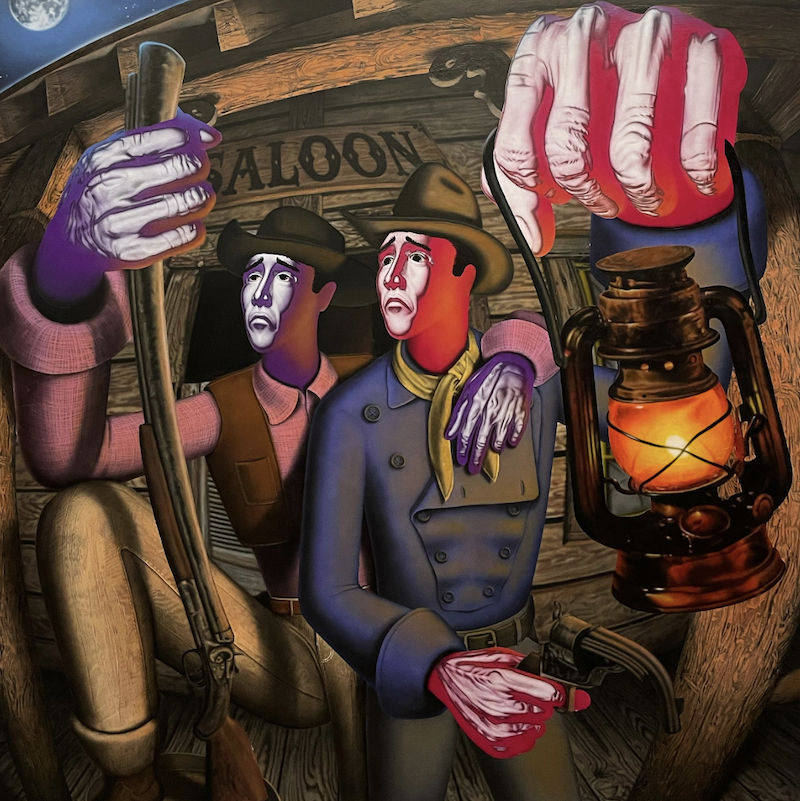 What are the steps in making a painting?
Lately, since this show is dealing directly with mid-century cinema, I’ve been watching a lot of old films and capturing still frames from them.

Usually once I have an image in mind, the next step is quick physical sketches to get a rough idea for possible viewpoints, compositions of the large shapes, and the amount of play I will have in the perspective. This is followed by more in-depth digital sketches in photoshop that start carving out the scene a bit more. This is where most paintings will fail, when what I want to do with the perspective lacks a solid logic or I just dislike the composition. Once the composition is a bit more solidified, I’ll make some lighting studies in Blender on some 3D models to make sure everything looks cohesive. This is also where the figure takes form. Wanting to capture the figure in an artificial way, I light a 3D model of the hands and face. Once lit, I end up only articulating the highlights and core shadow. This is like a shorthand for the forms of the figure in the way that the figure is a bit of a shorthand in and of itself. Finally, I make a fairly polished sketch and gather reference photos that prepare me to approach the canvas. Most efforts beyond this point boil down to the labor of finally painting the canvas. All in all, my process is pretty traditional in the ways a classical painter may make studies before approaching the final work. I just tend to lean on more modern instrumentation. 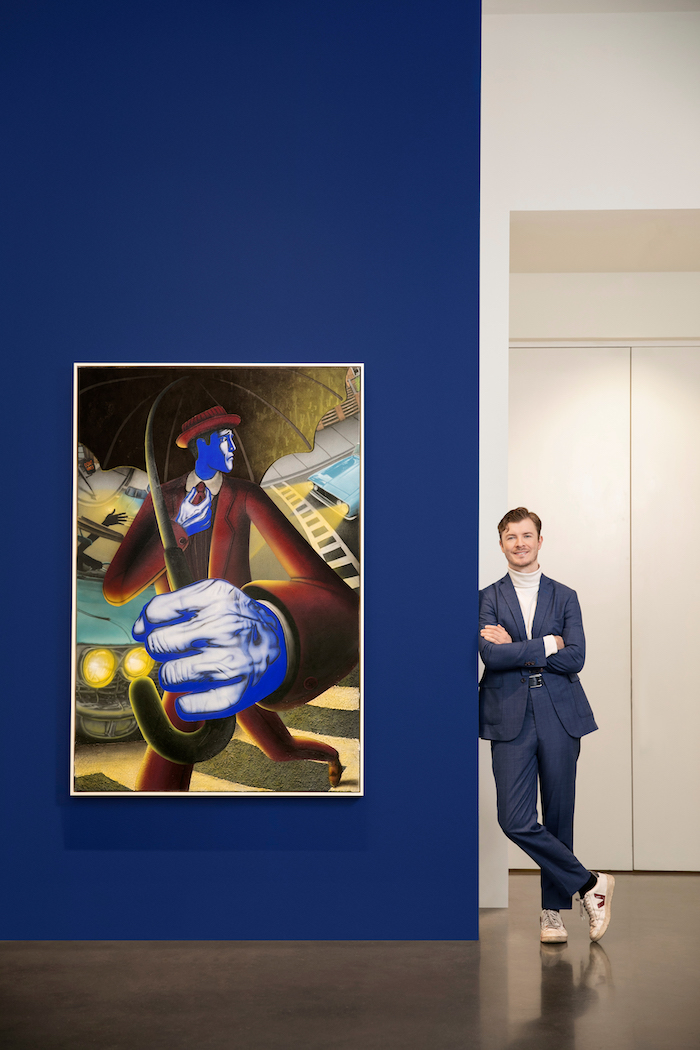 What is the show at Richard Heller about? Give me a little update on what you are looking at and working on.
Like I mentioned, the show is about mid-century cinema. It started out as an idea for a single painting but quickly turned into the entire show. I think the feeling in my work already functioned pretty similarly to this time period of cinema with the overly dramatic ways that films looked at this time. It is a way for me to directly explore some of the cinematic grounding in my work. The films of this era are so ingrained in American culture that they are a great starting point for a viewer to enter into the paintings, places that might be a bit more unfamiliar.

I’m interested in how our sensibilities about imagery are different today than they were generations before (with cinema being a great example of that). I want to take what made this era of film so iconic and culturally ubiquitous and explore what happens when I apply a completely different understanding of image making. Reinterpreting these flat black and white scenes into whimsical saturated paintings really emphasizes the perceptual, spatial, and narrative shifts within the paintings. I think too, it analyzes the flow of how a remake of a remake of a thing can become something new entirely. It’s been a lot of fun and a great challenge to curate images and concepts within mid-century cinema that can be updated in a way to find relevance for a contemporary audience. 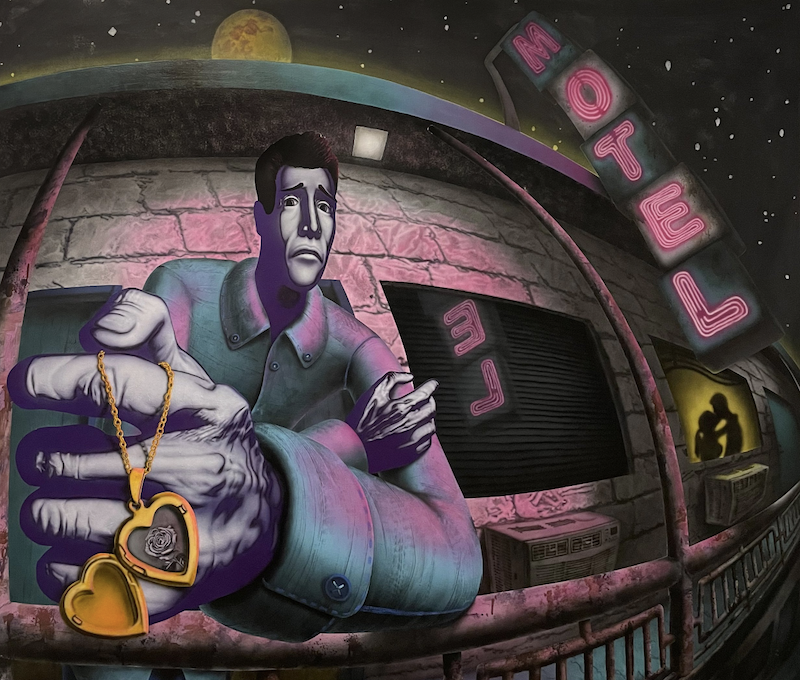 I know it's a question you probably have received a thousand times, but who are your heroes? If you could sit down to dinner with three other artists or visionaries, who would they be?
The first would likely have to be Benjamin Clementine, an English poet, musician and artist. I found his music at a really crucial point in my life, and I still find myself listening to his albums on repeat six-odd years later. His work has such amazing worlds within, but ultimately his music and his story are constant reminders to live life simply, always show gratitude, and remind the people in my life that I love them.

The second would have to be Francis Bacon. I’m not sure if that is cliché, but seeing his paintings was definitely a moment when I first came to terms with the immense power and possibilities of painting. He was also so eloquent in speaking about his work, and I believe his interviews are a must read for any young artist.

The third would have to be my grandmother. She passed away a few years ago, but she always was, and continues to be, someone I look to on how to live a fulfilling life, how to build people up rather than tear them down, and how the tough get going when the going gets tough. She may have been a visionary in the traditional sense, but she is a hero all the same. She would occasionally take me out for dinner and movies when I was kid, and I would love the opportunity to do that with her once more.