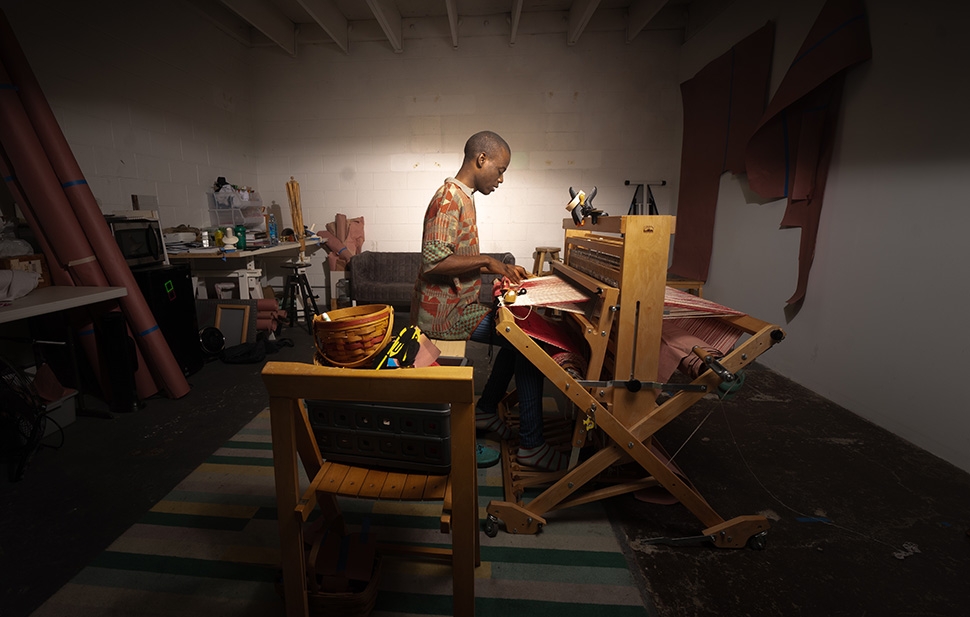 Never use a textile metaphor with Diedrick Brackens. He’s heard enough. The tropes of his medium are woven into the fabric of our lives, and once you’re aware of this constant thread, you’ll notice it twofold. Apologies to the artist, who was born in Texas and is now based in LA, a leader in the contemporary fiber renaissance. He unravels traditional approaches, mending the ties that bind personal perspectives to universal material. And maybe one day he will forgive me for this introduction.