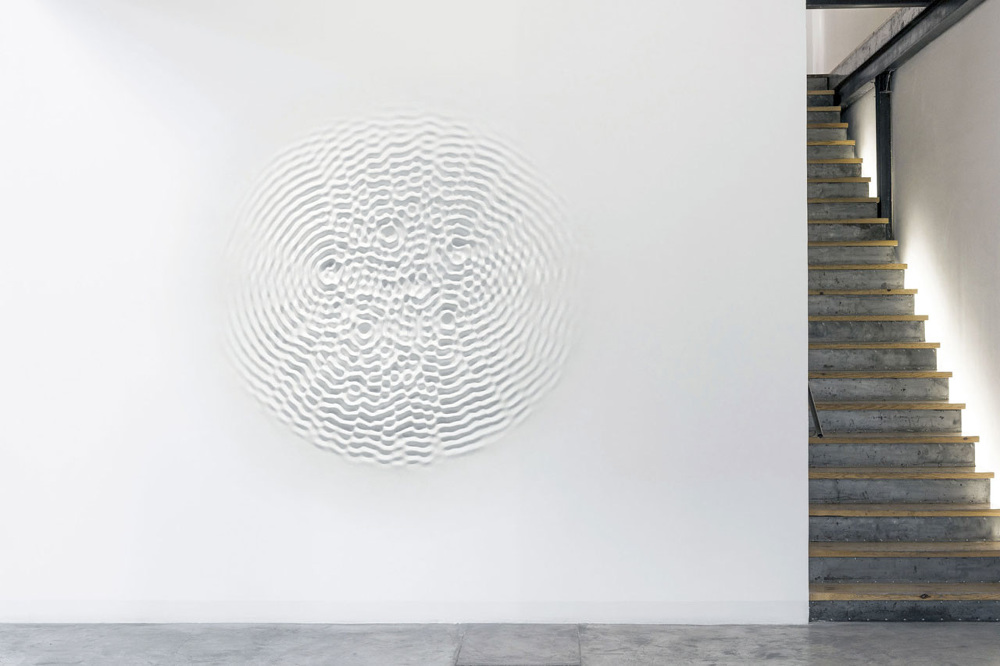 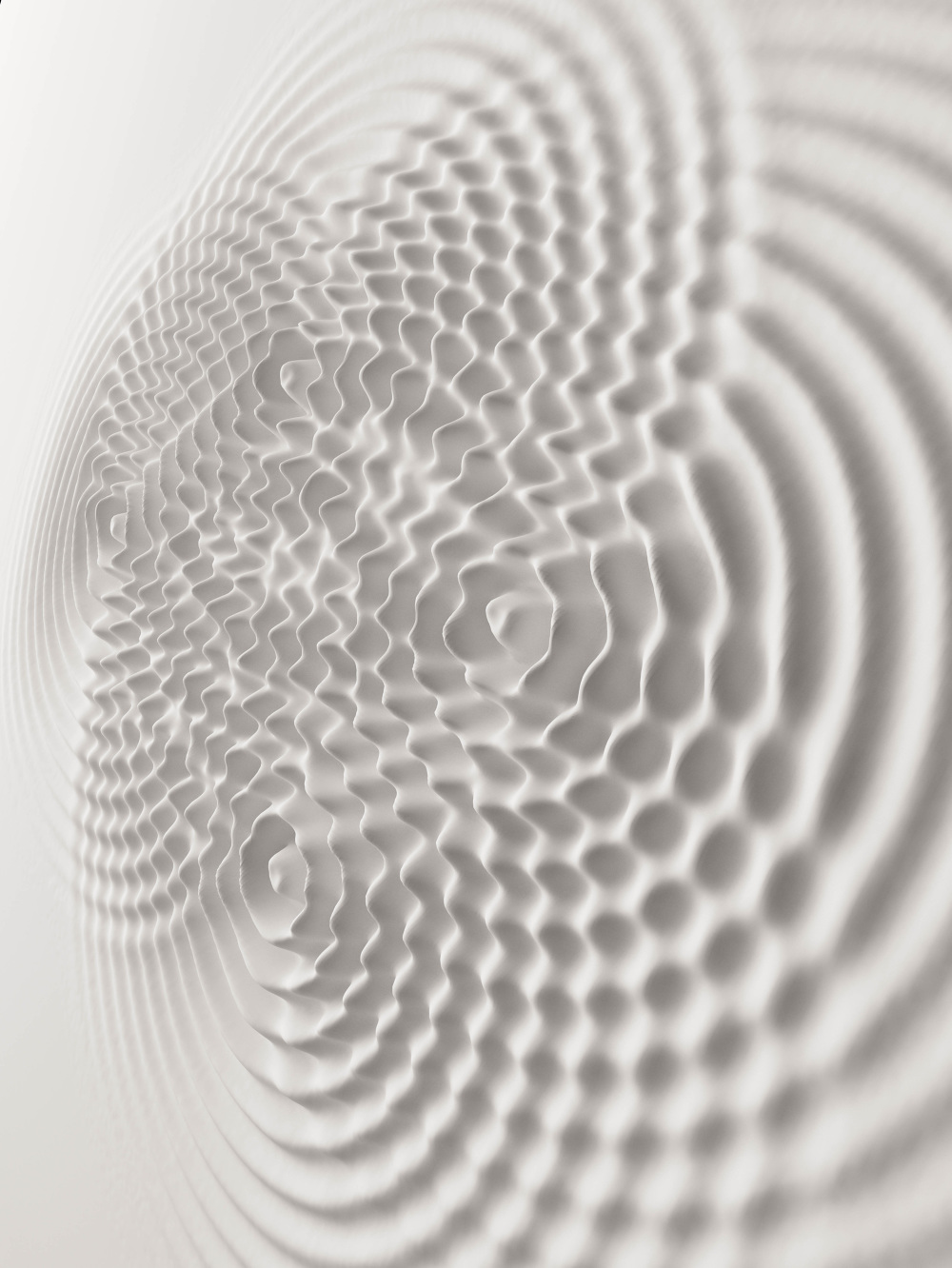 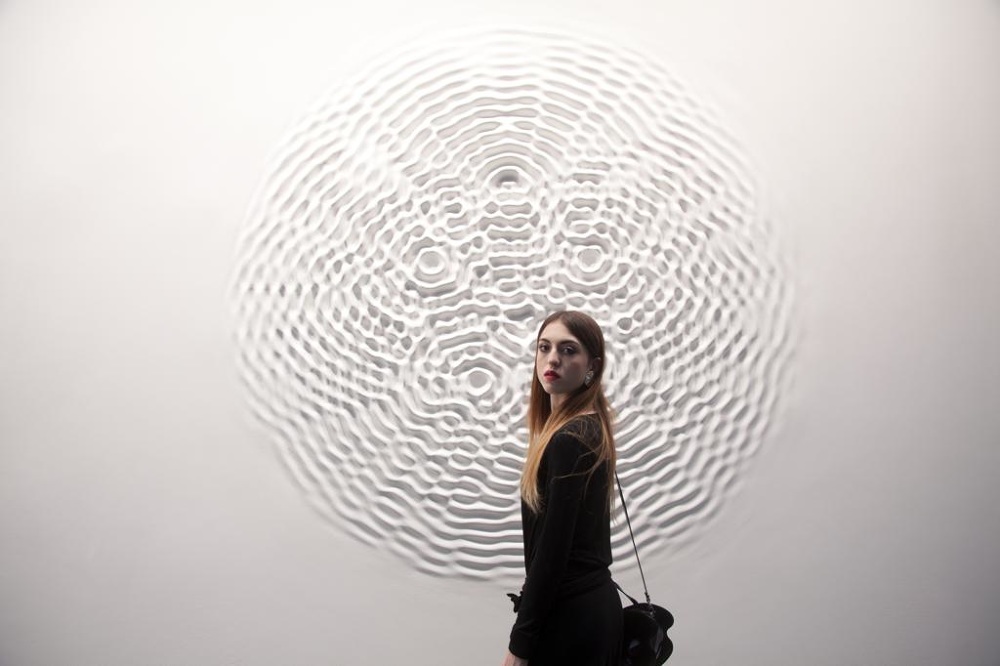 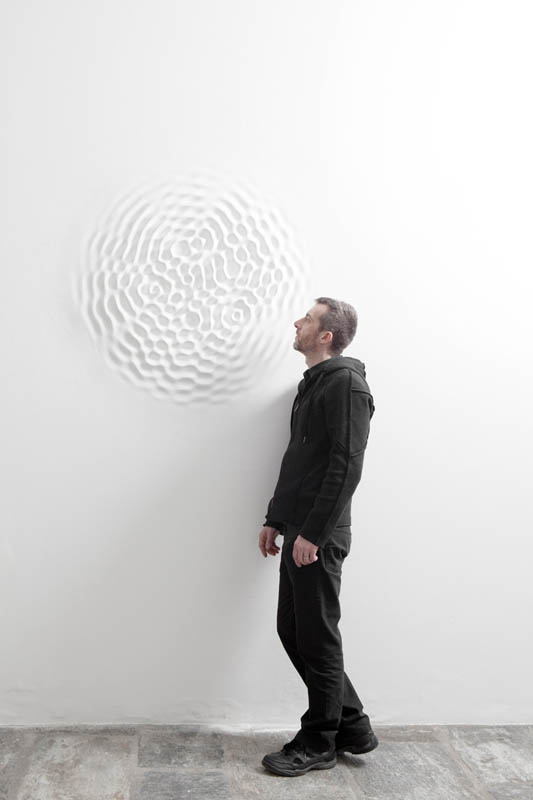 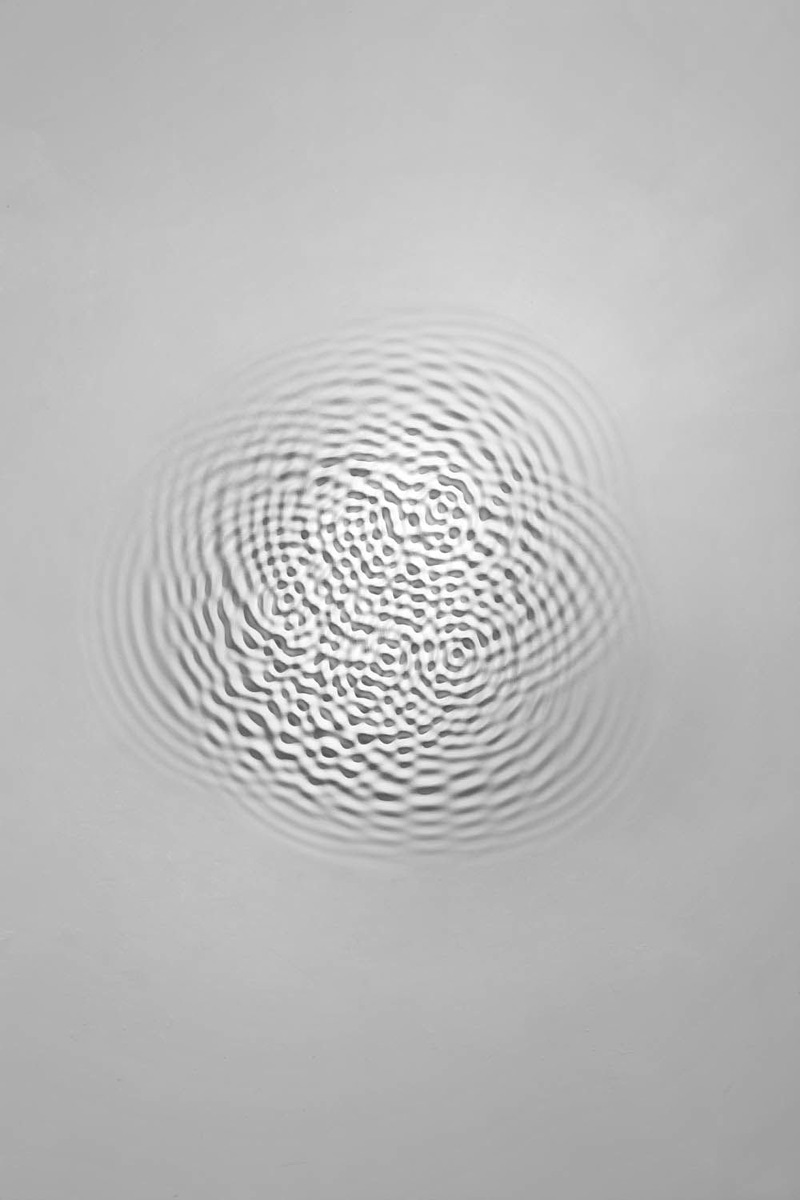 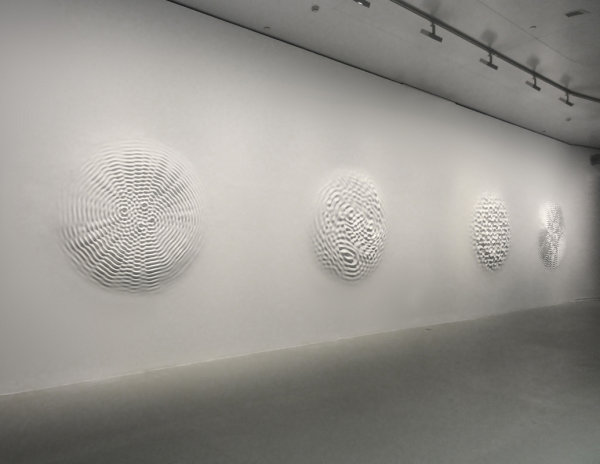 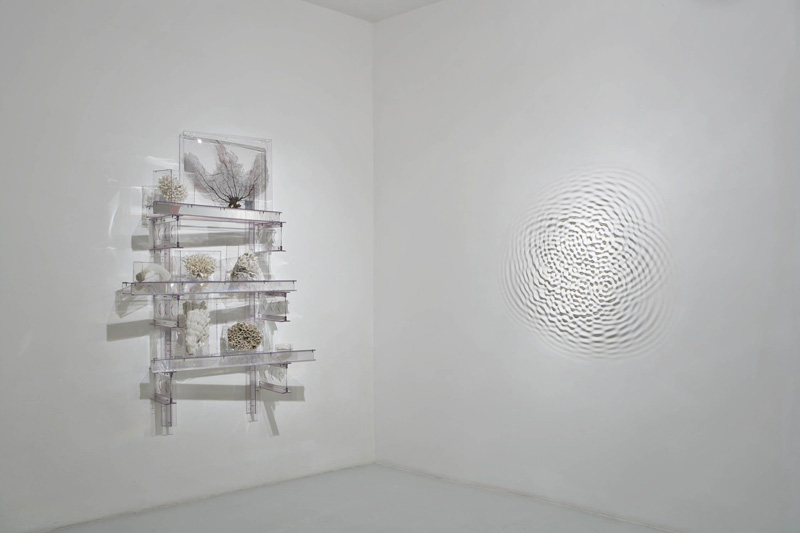 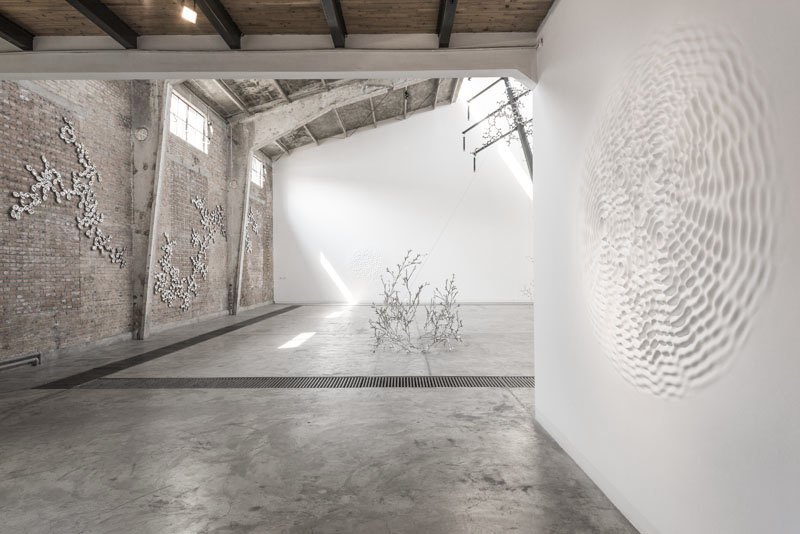 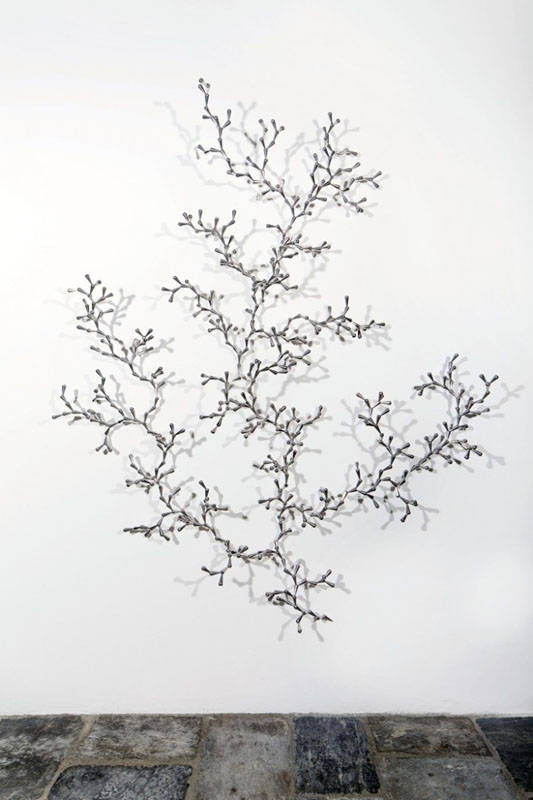 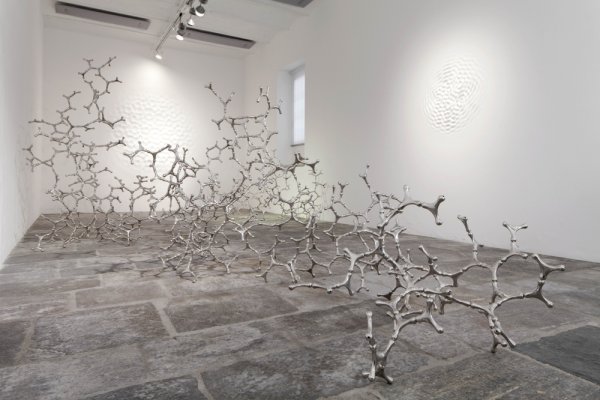 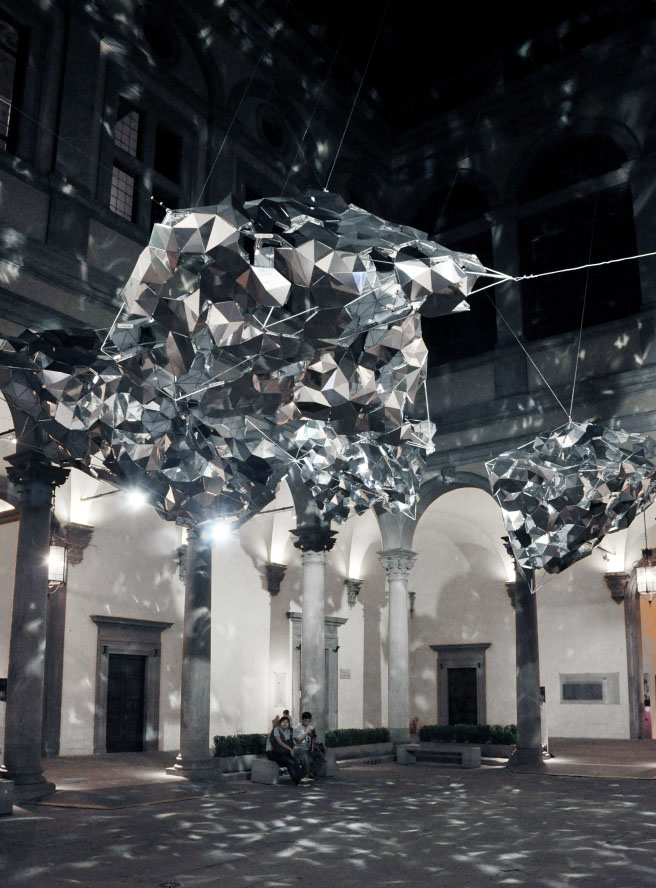 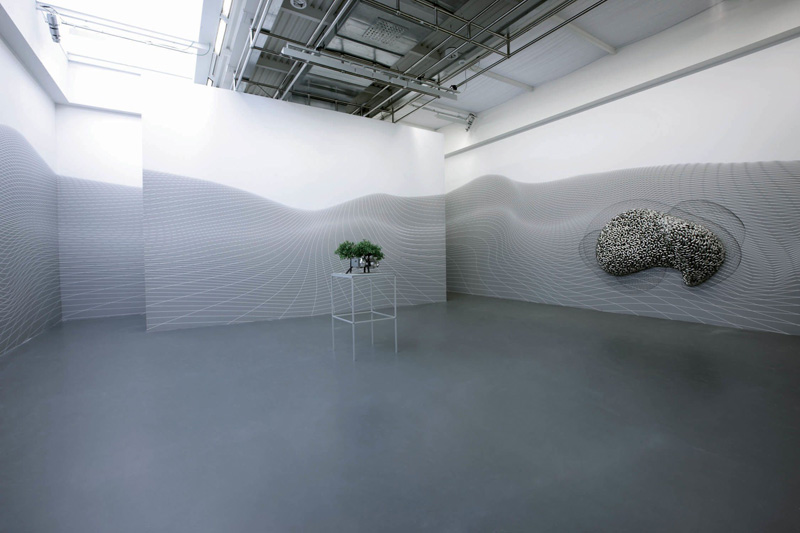 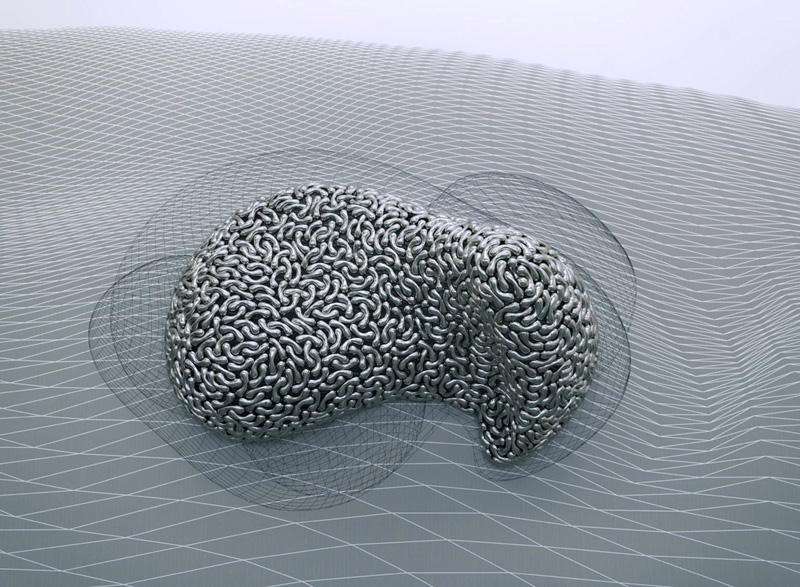 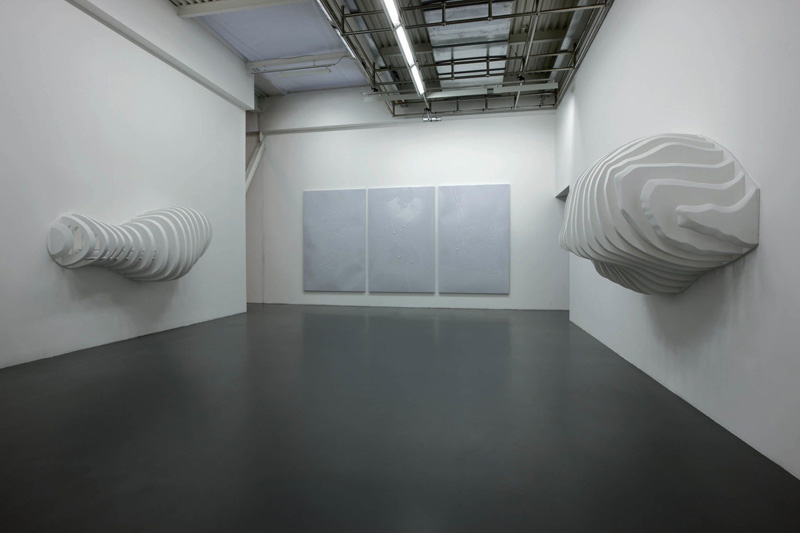 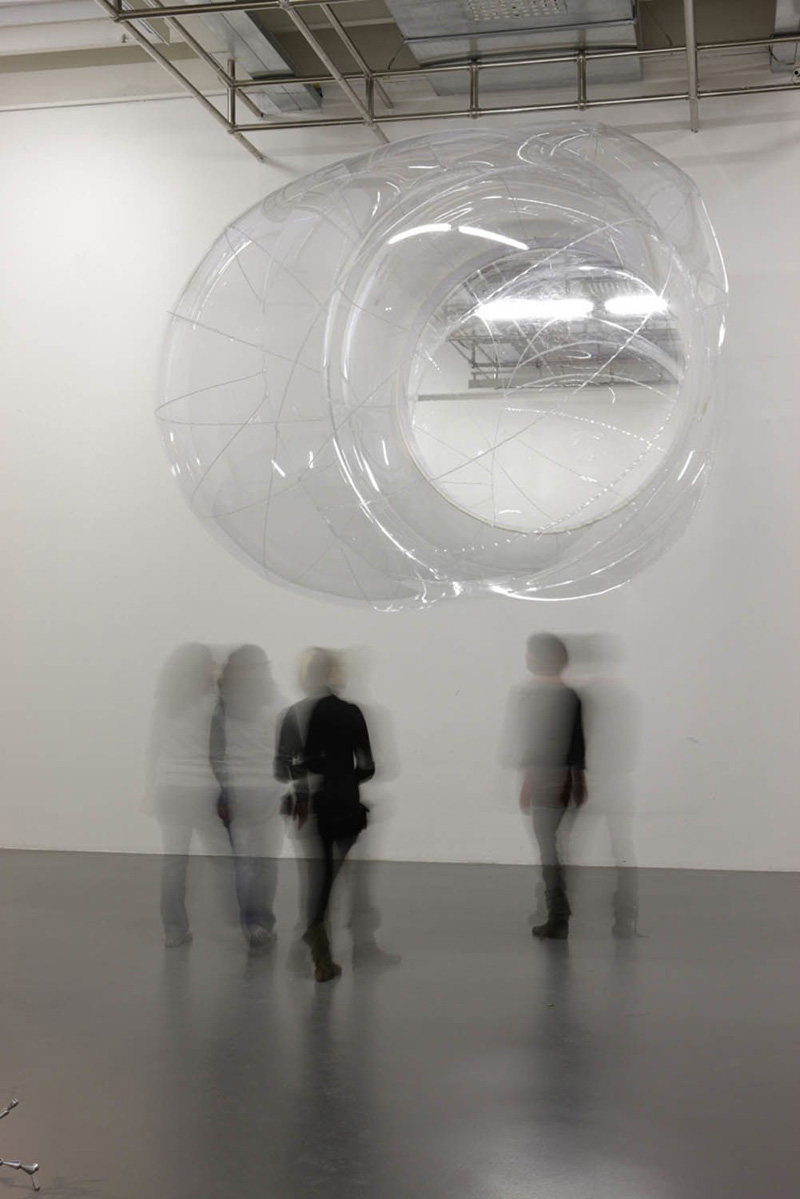 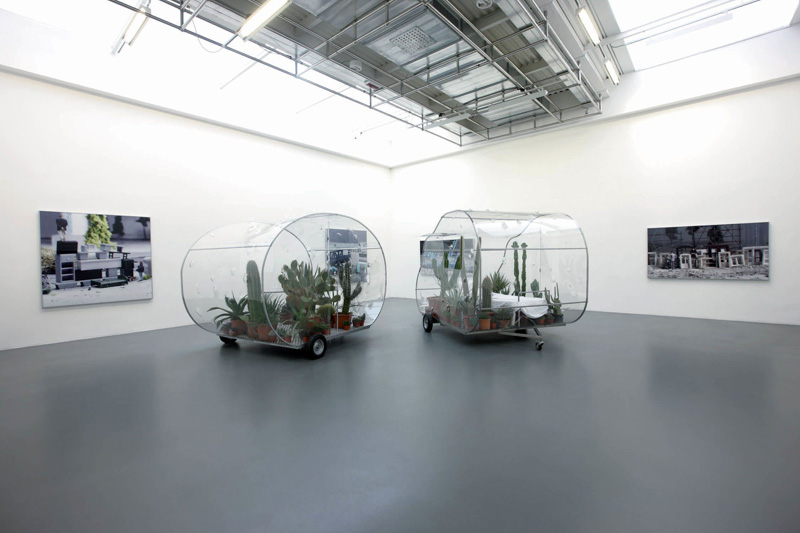 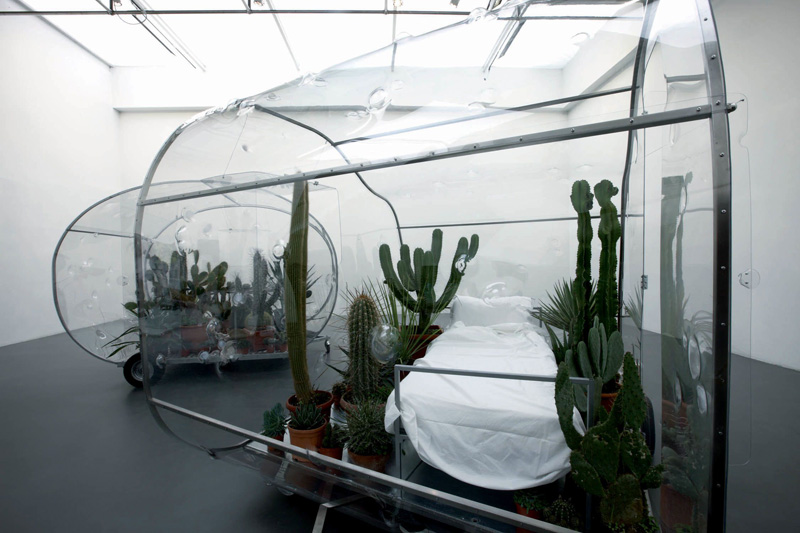 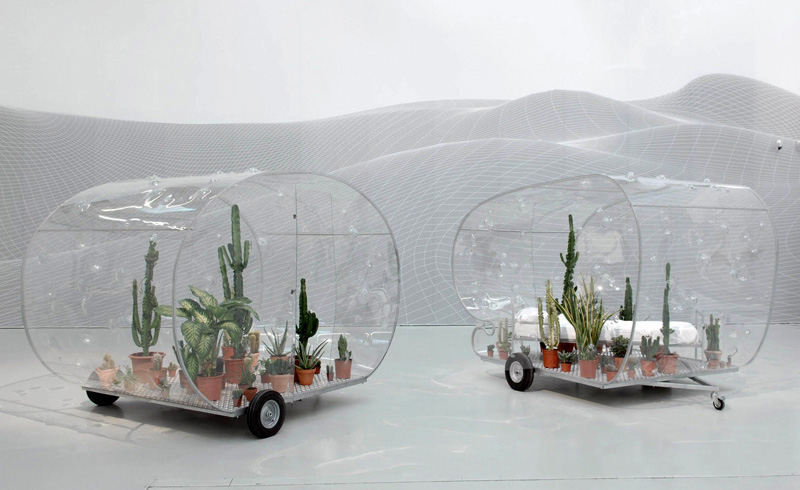 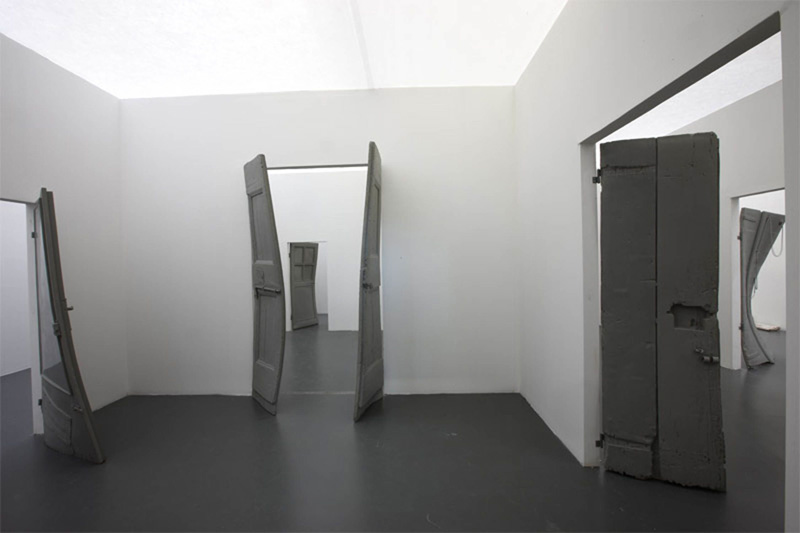 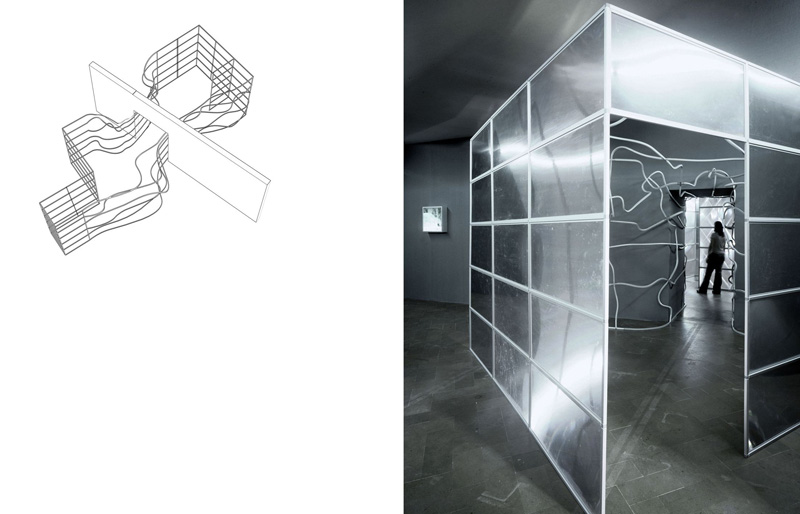 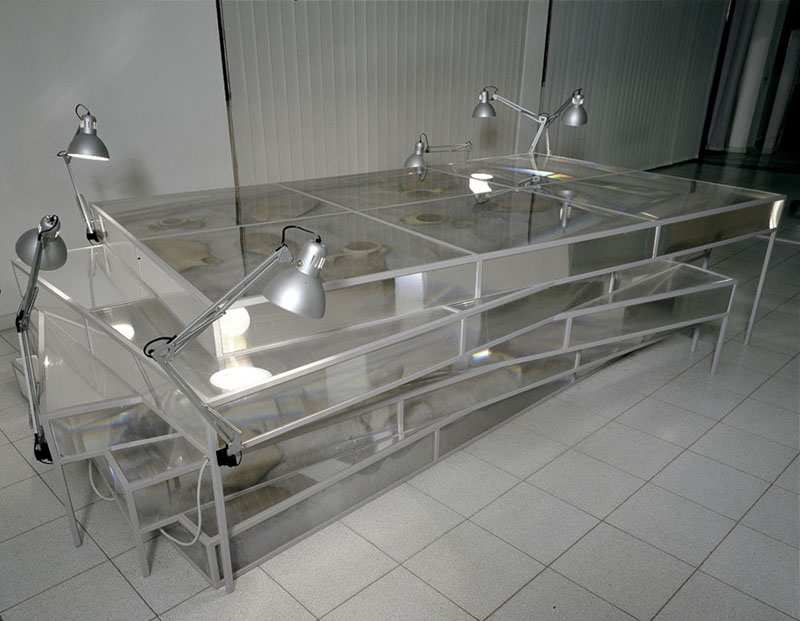 Italian artist Loris Cecchini's sculptures from his "Wallwave Vibrations" series seem to pulsate or vibrate out of the wall.

Of the work he says, "In my most recent sculptures...one loses the element of the object proper. The concern for alteration is concerned more particularly with the physical manifestation of the vibrations, expressed each time with different frequencies and intensities, wherein the visual pattern becomes “echo” of a phenomenon like a succession of waves on a liquid surface. In this direction it is as if the architecture, or a portion of it, is modified by the relationship between the sculpture and the wall."