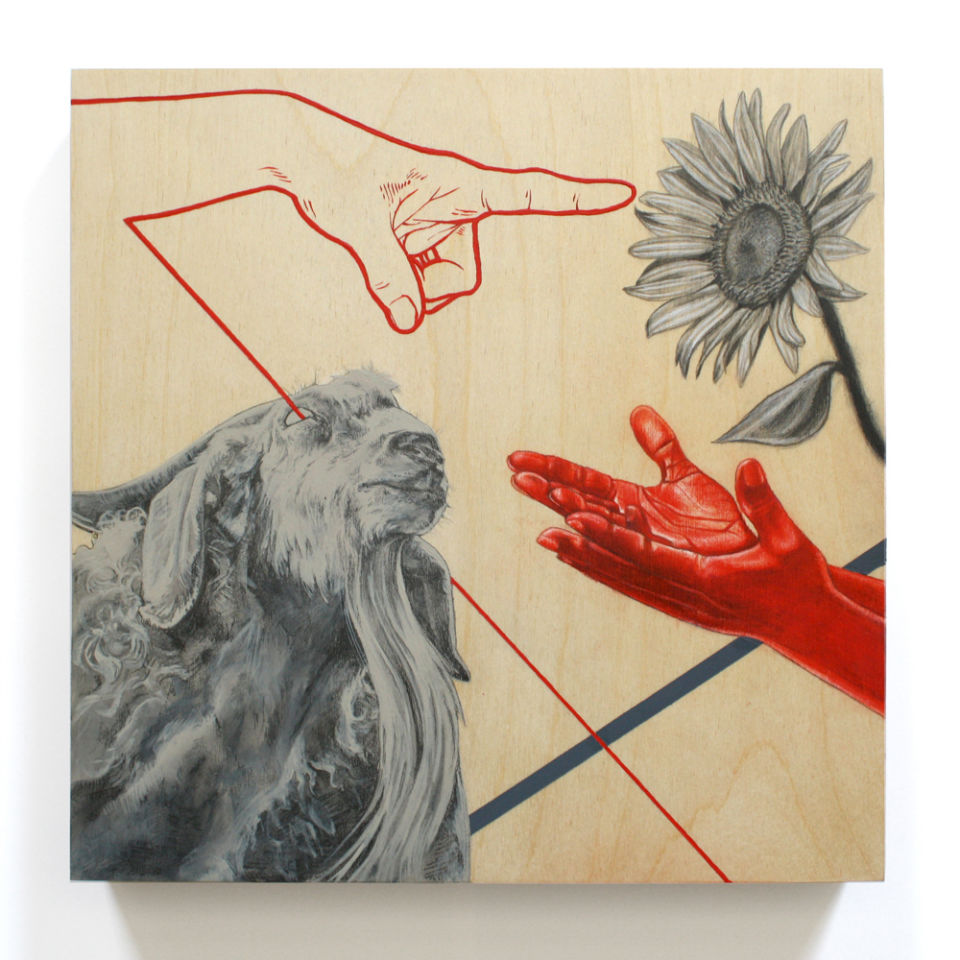 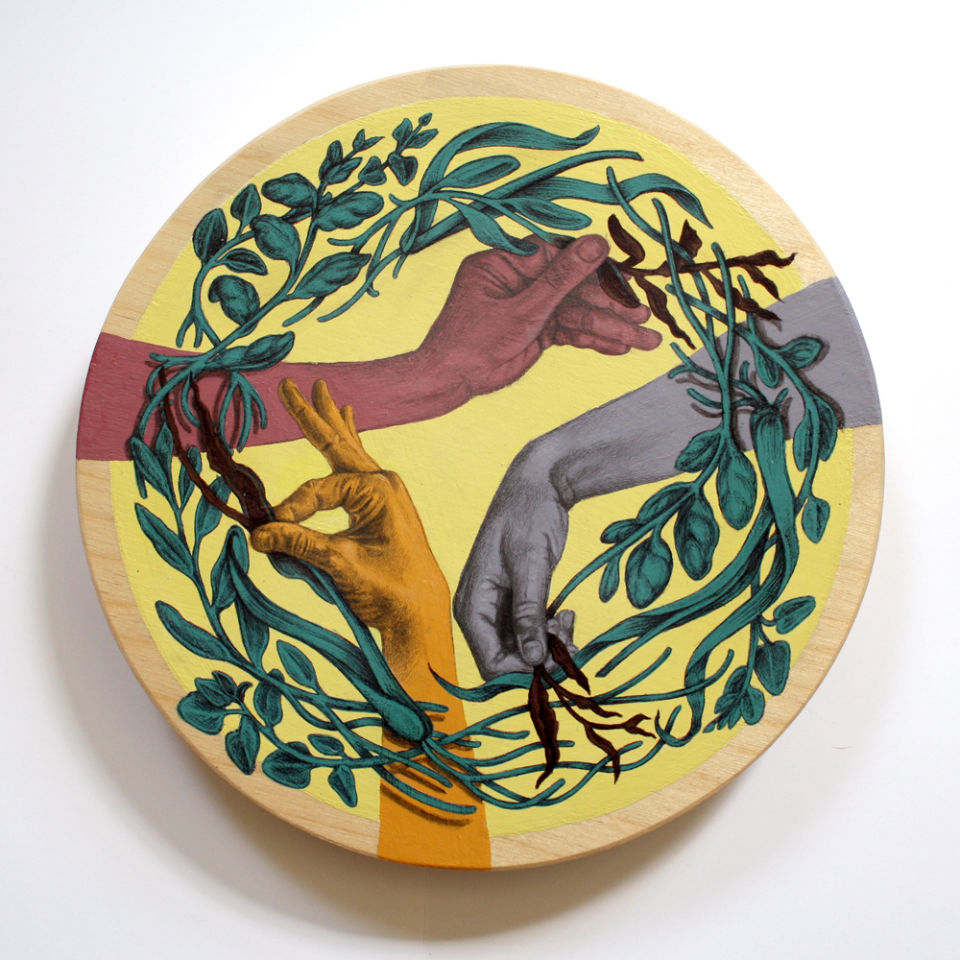 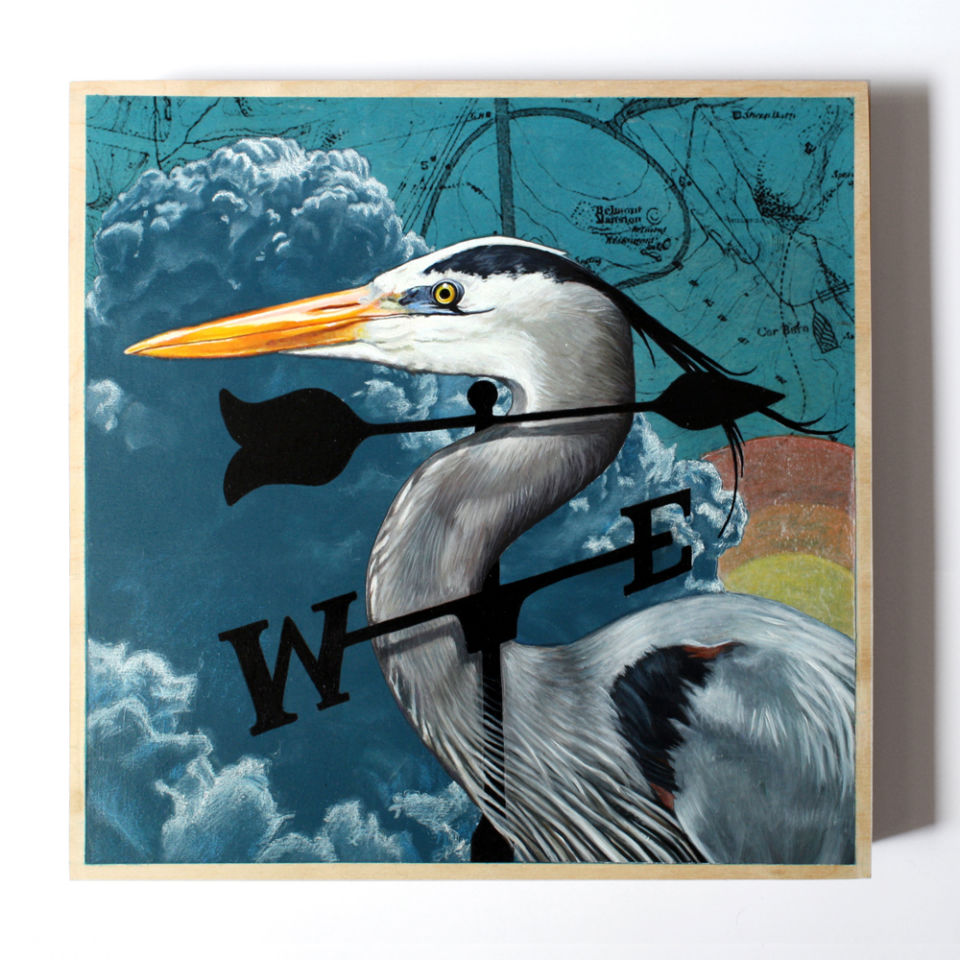 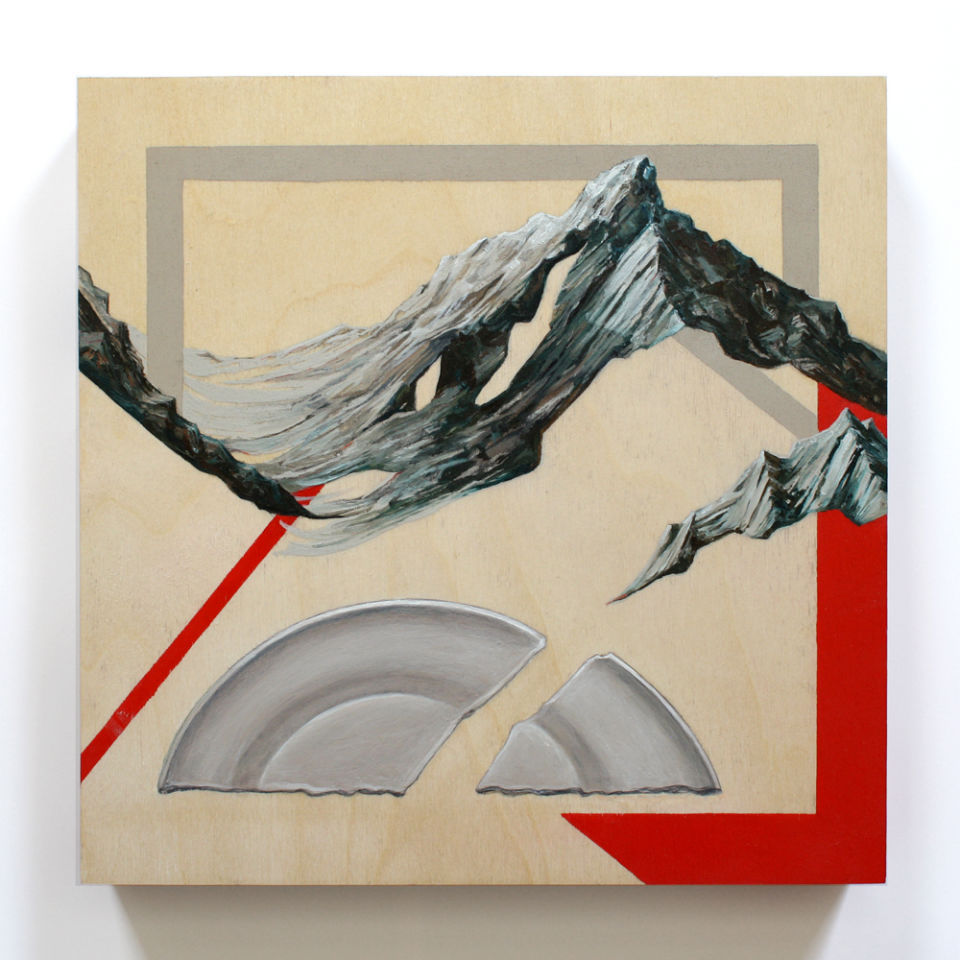 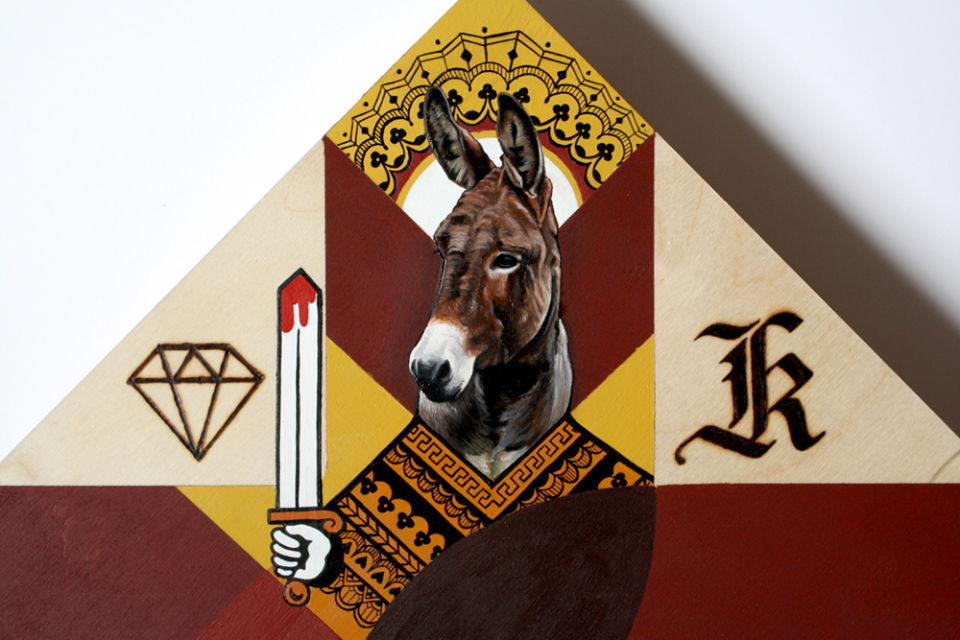 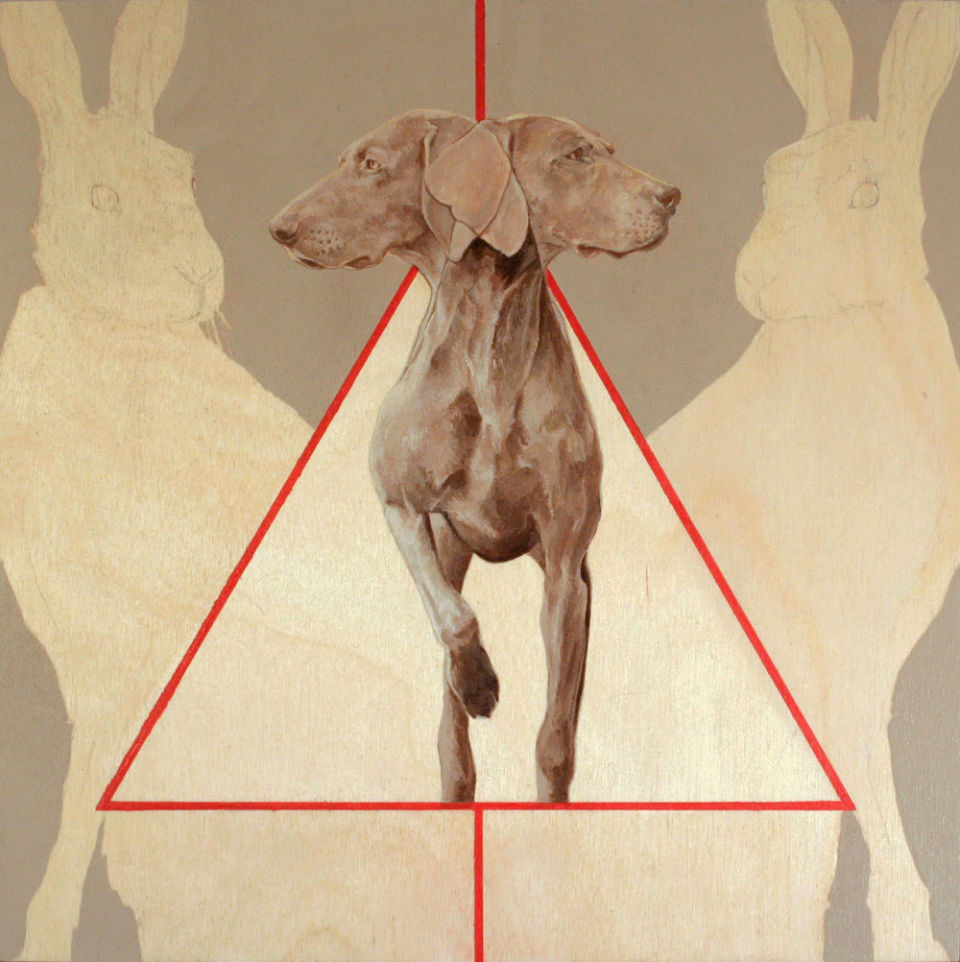 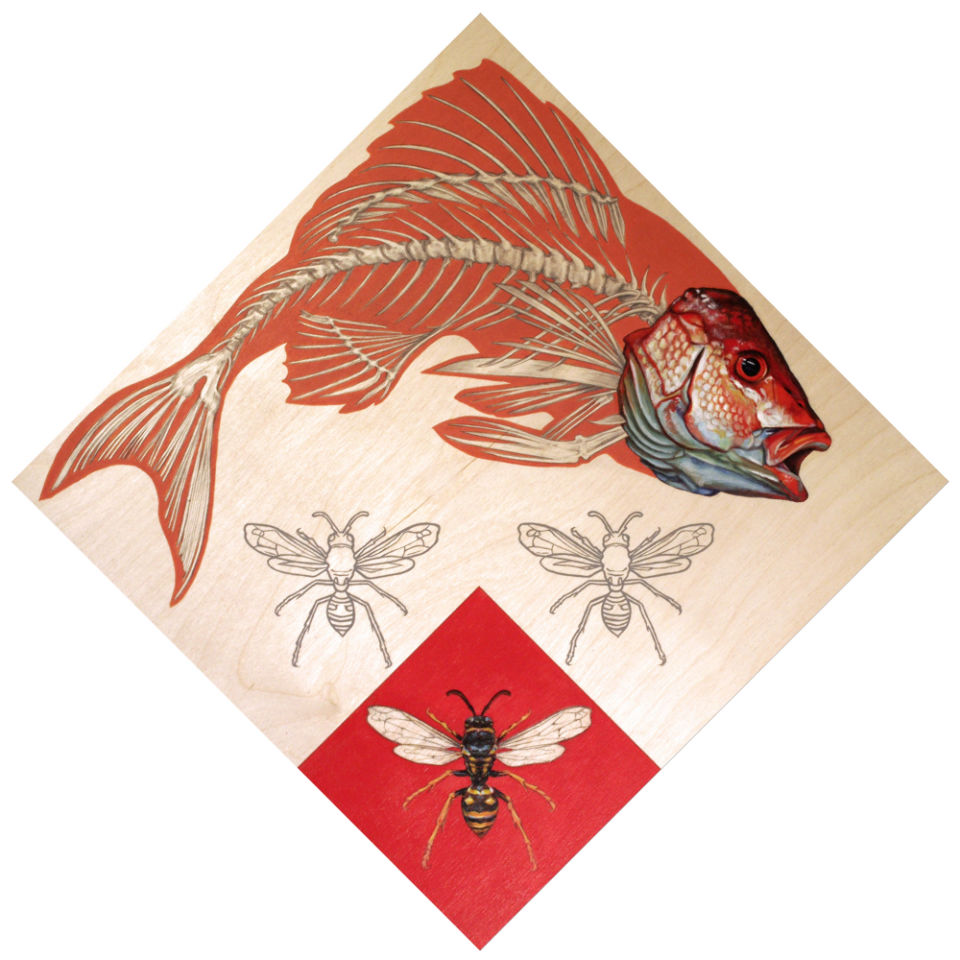 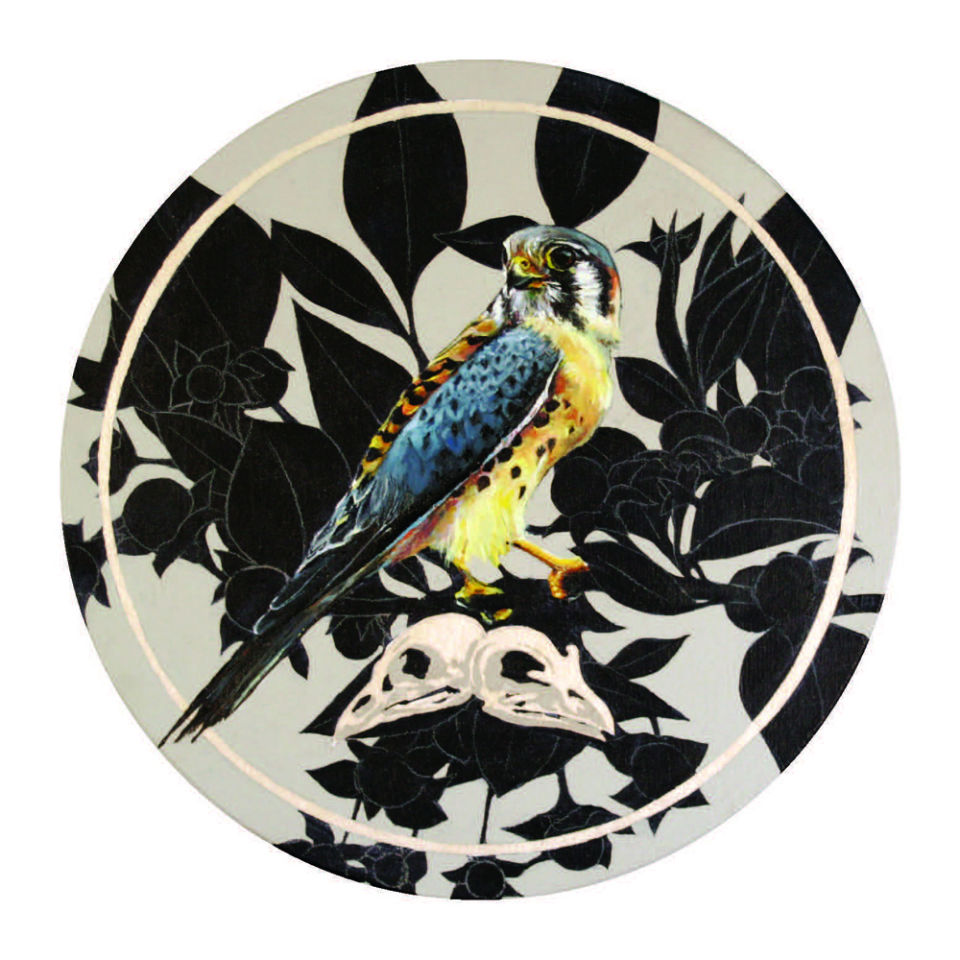 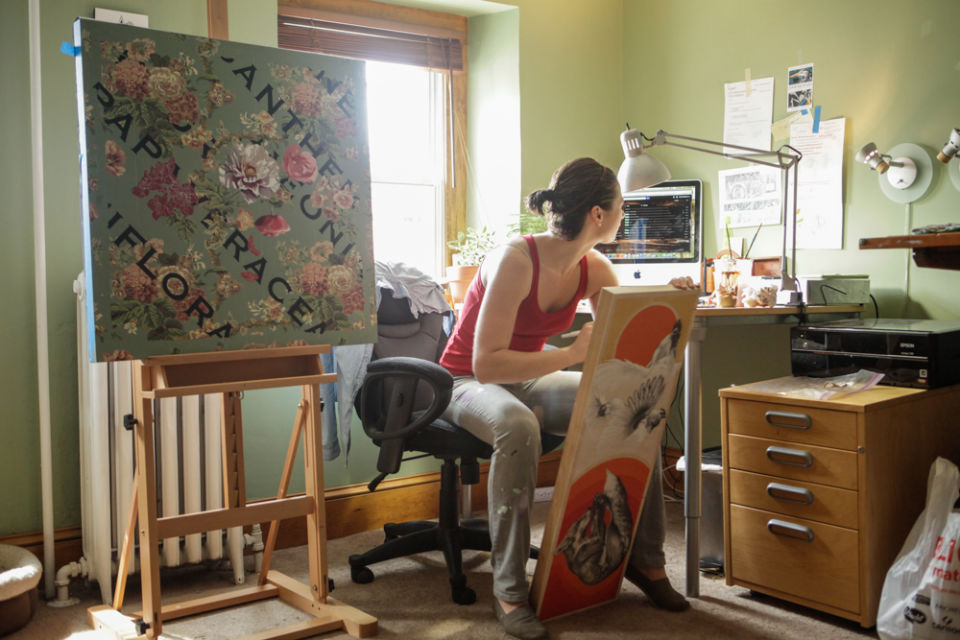 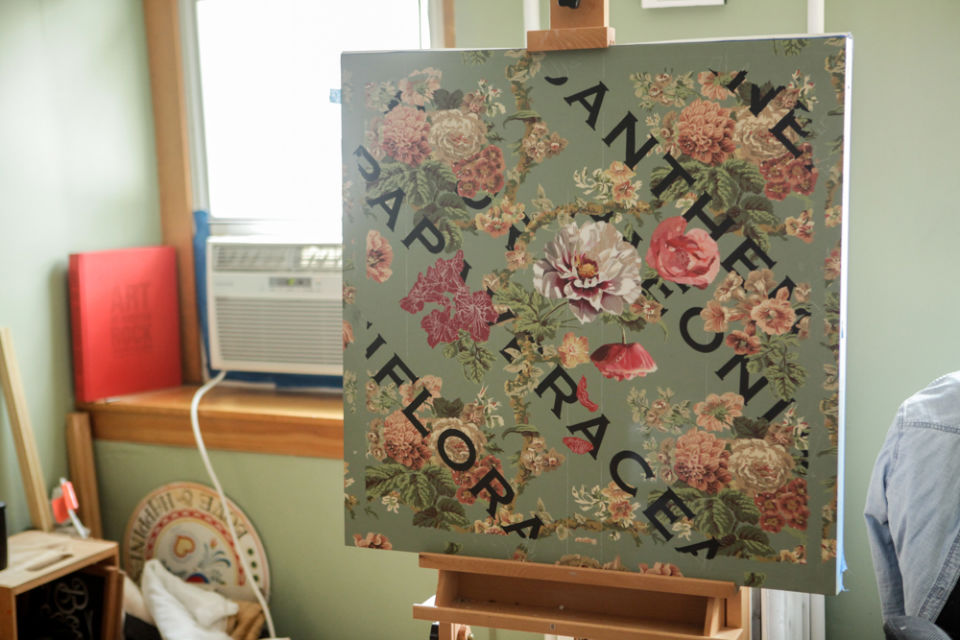 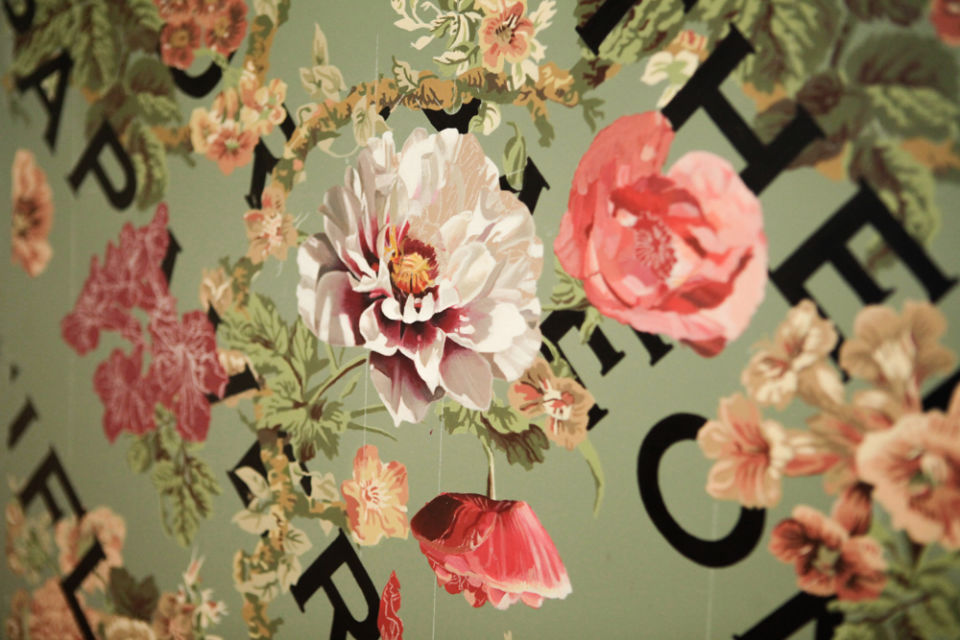 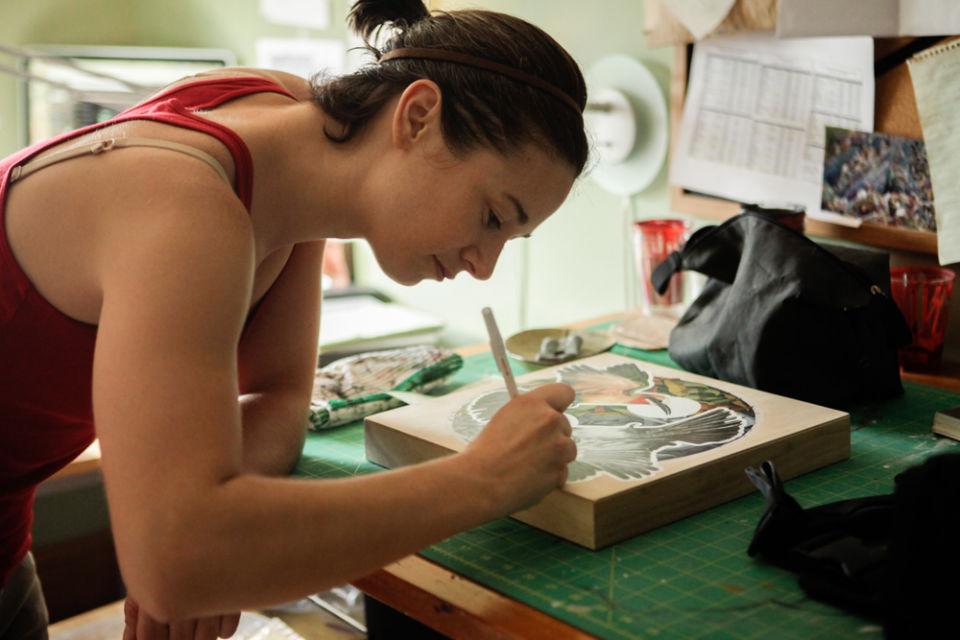 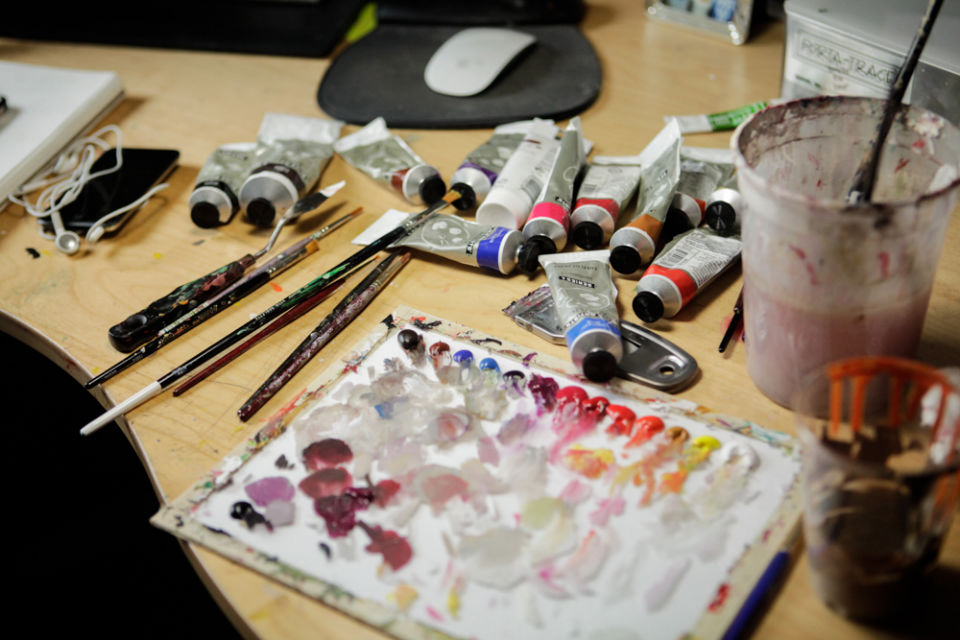 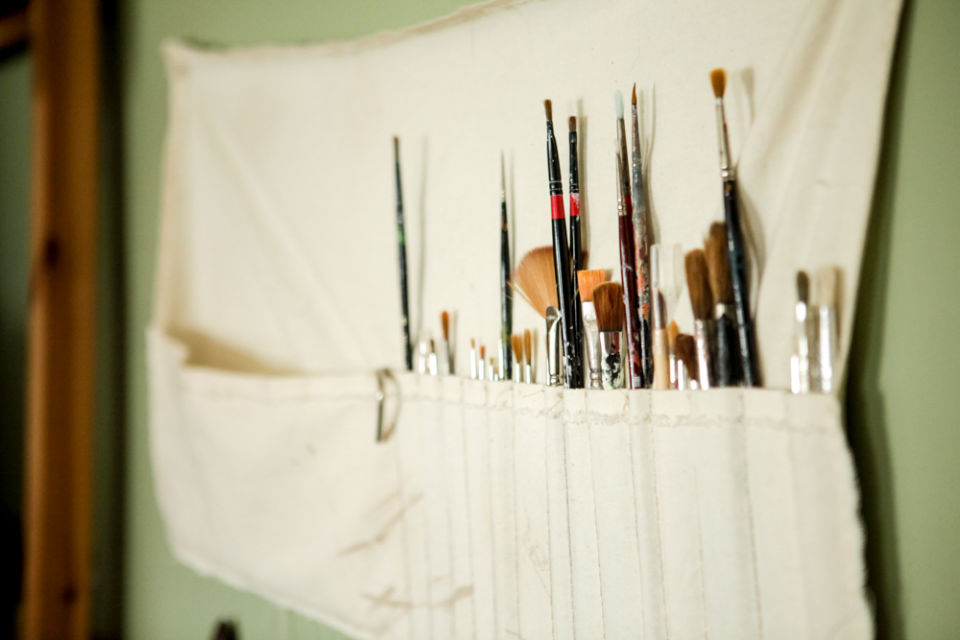 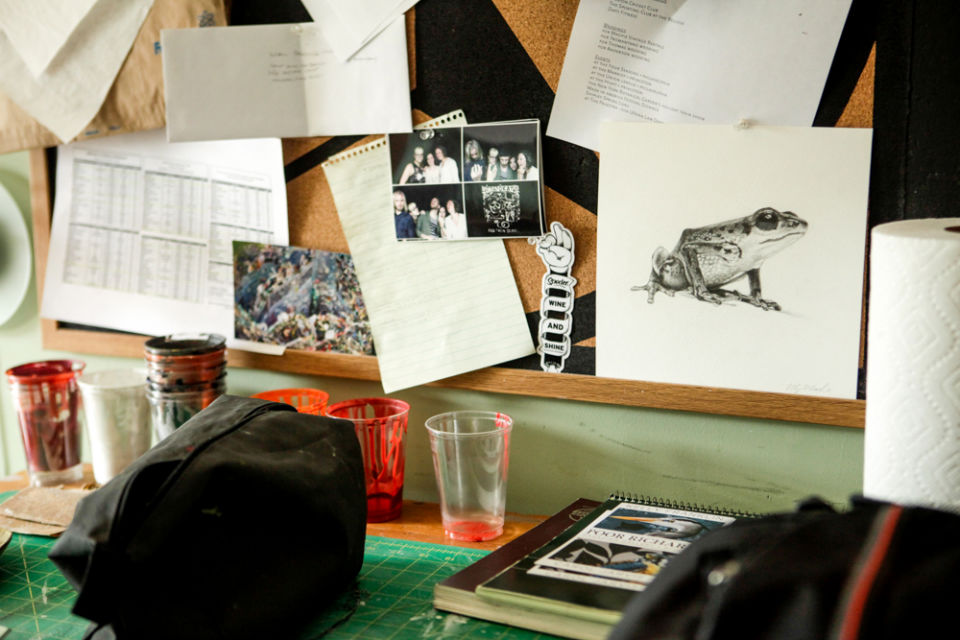 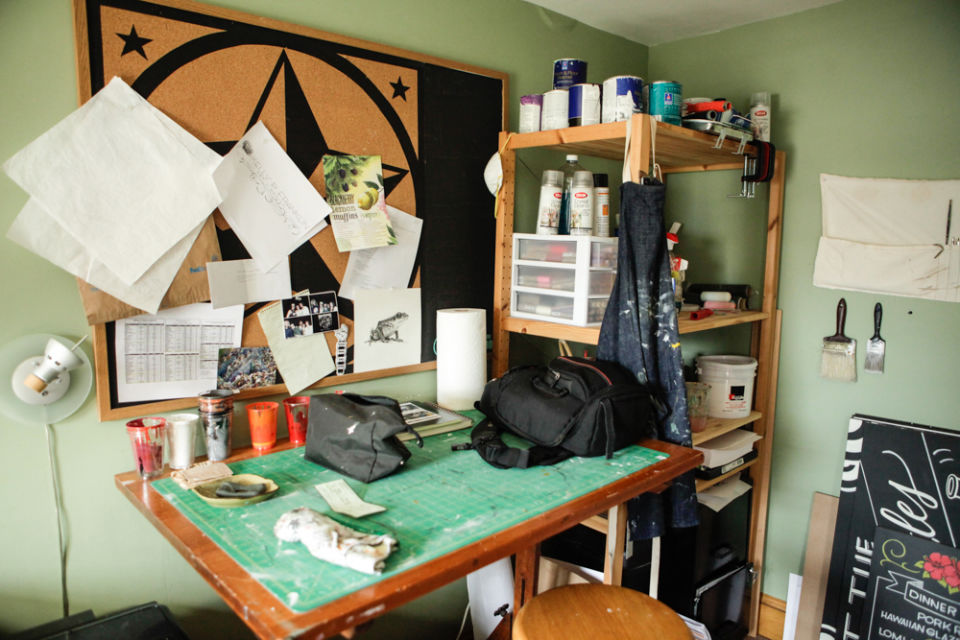 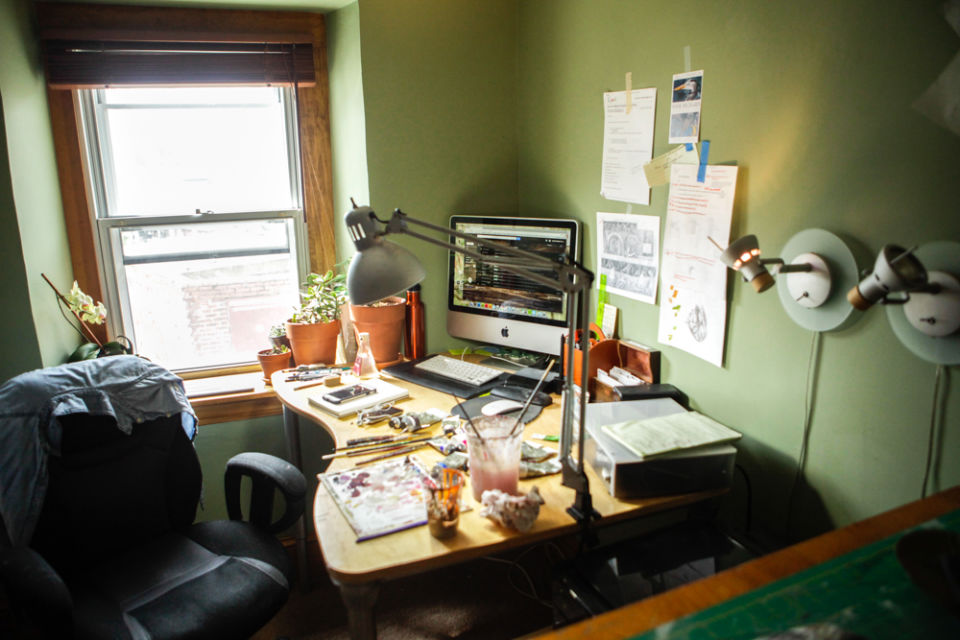 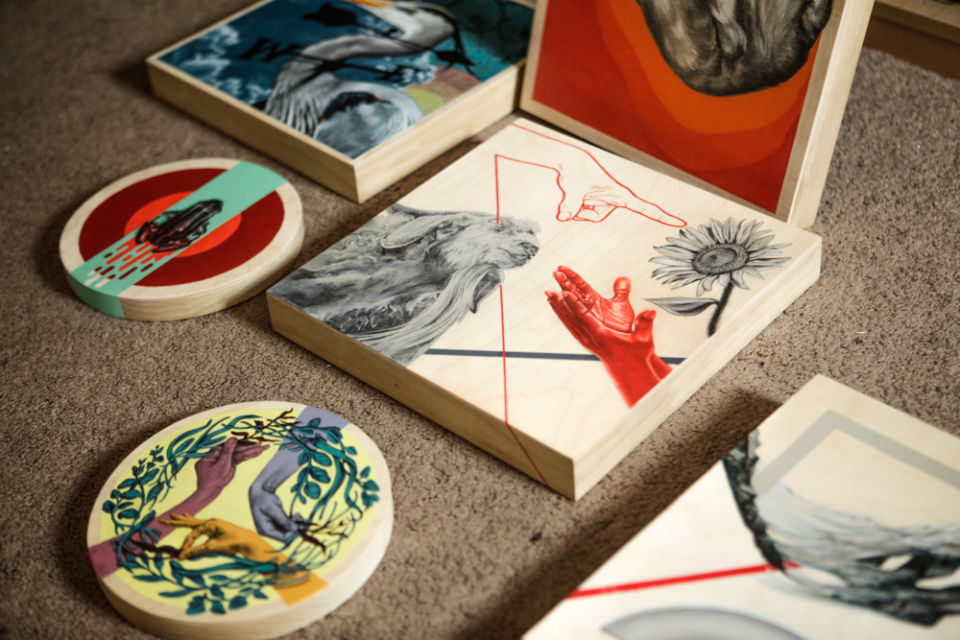 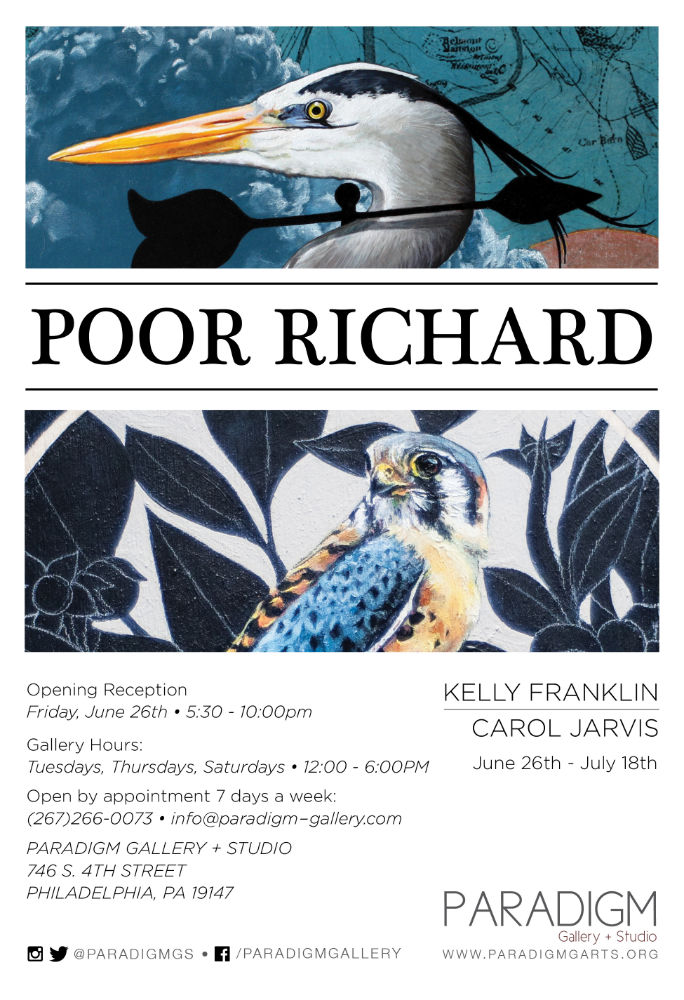 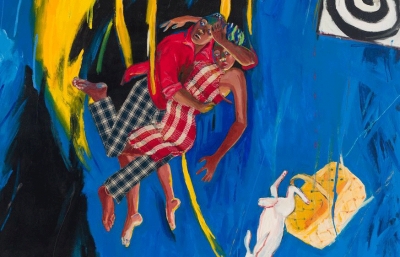 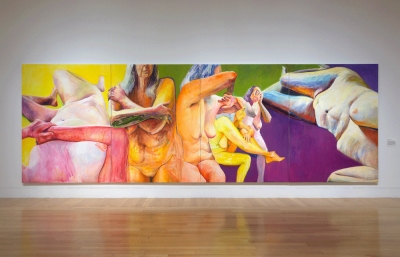 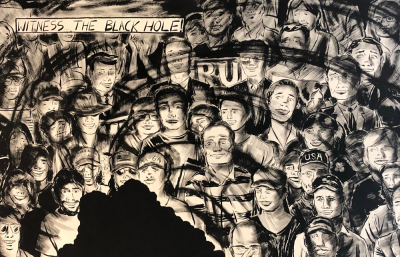 The Dangerous One: Mark Thomas Gibson Takes Over University of the Arts in Philadelphia

This Friday, June 26th, Paradigm Gallery + Studio will present "Poor Richard," collaborative works by Kelly P. Franklin and Carol P. Jarvis featuring artwork inspired by the witty and mostly timeless phrases of Benjamin Franklin under his "Poor Richard" pseudonym from his famous almanacs of the 1700s.

This Friday, June 26th, Paradigm Gallery + Studio will present Poor Richard, works by Kelly P. Franklin and Carol P. Jarvis featuring Artwork inspired by the witty and mostly timeless phrases of Benjamin Franklin under his "Poor Richard" pseudonym from his famous almanacs of the 1700s.

"Poor Richard", is an ode to the writings of Benjamin Franklin in his published work “Poor Richard’s Almanac” from the early to mid 1700’s. Many of these sayings about life and practical living have survived in everyday use, and just as many have been forgotten. Kelly Franklin and Carol Jarvis have given visual life to a choice few favorites from both of these categories. Working on pieces separately and collaboratively via post, the artists translate the text with symbolism and a deep-rooted love of nature. They invite you, the viewer, to reflect on these tropes with modern eyes, and enjoy their naturalistic and crisp artistic representations.

Kelly P. Franklin
Kelly Franklin is a Philadelphia-based artist specializing in Painting and Mural art. She has her Bachelors of Fine Art in Illustration from the Maryland Institute College of Art in Baltimore. Kelly’s work draws from a deep appreciation for the natural world and an aesthetic inclination toward combining realism with graphic elements. Through this combination, she is constantly seeking to find a harmony between the natural and the industrial - represented in pattern and structure. Though the pieces in the “Poor Richard” show are inspired by phrases from the iconic almanac, all are still a reflection of this dichotomy.
kellypfranklin.com

Carol P. Jarvis
Carol Jarvis (Née Paist), a Philadelphia born artist living and working in Chicago, IL, studied printmaking and painting at Barat College in Illinois and the Art Institute of Chicago. The majority of her painted work has been focused on text and nature inspired pieces. She is also working on an ongoing “page a day” sketchbook project that can be followed daily online. Carol is a standing contributing artist for the Phantom Hand artist group in Philadelphia. Her commercial paintings have been showcased from coast to coast in the United States and in Canada.