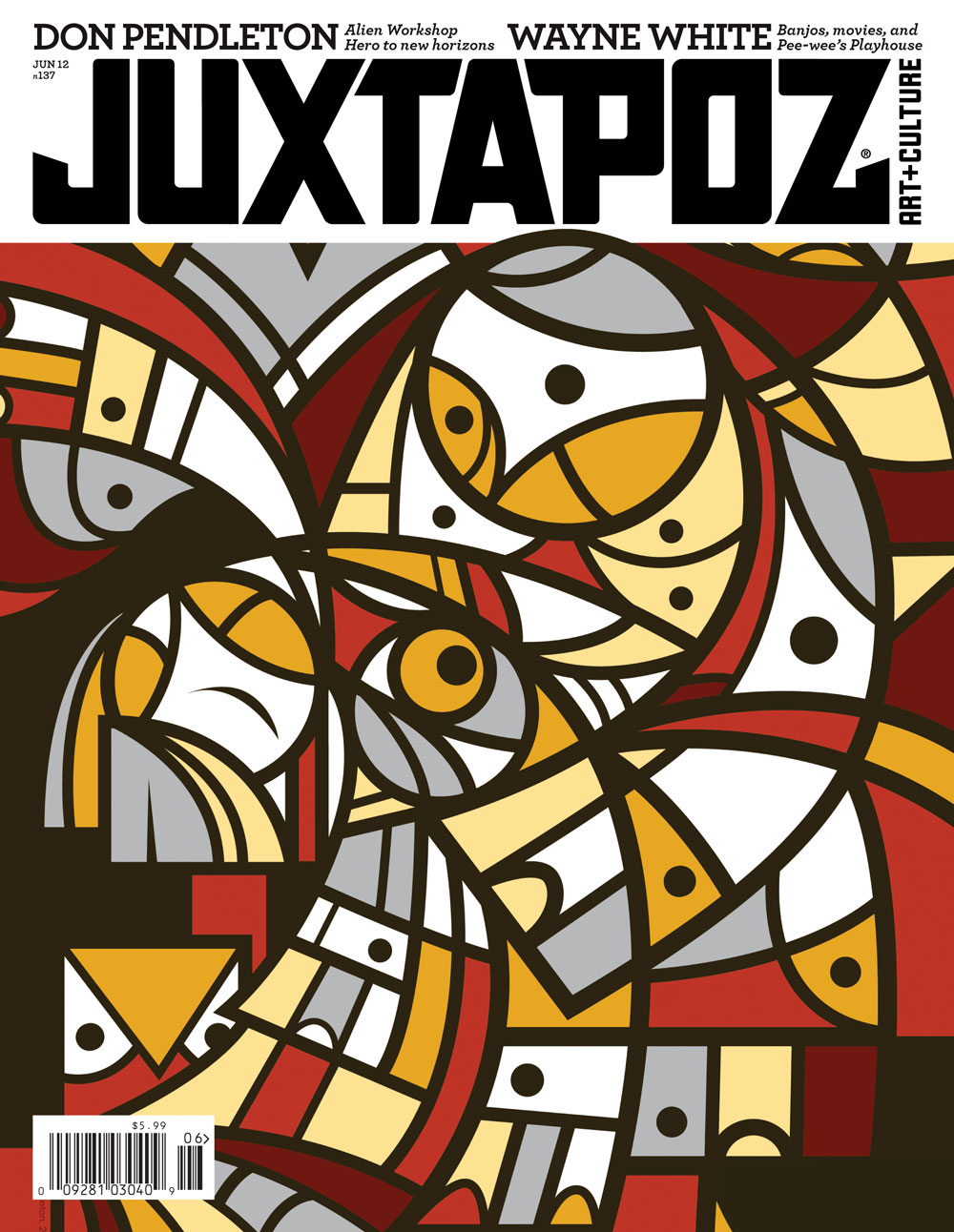 We are pleased to announce, and show you, the cover of our June 2012 issue, featuring cover artwork from legendary skate graphic artist turned fine artist, Don Pendleton. After years working with Alien Workshop and Element, Pendleton has transformed his career into that of a fine artist, and we document his change in our new issue. Also in June 2012 is former Pee-Wee's Playhouse art director Wayne White, Brooklyn's Kevin Cyr, Boston's Raul Gonzalez, Fort Thunder founder Brian Chippendale, Stockholm's spaced out Killian Eng, and the Bonnie and Clyde of graffiti, Utah and Ether.

The June 2012 issue will be on newsstands soon. We also will be offering/selling a limited-print of Don Pendleton's cover in our webstore... stay tuned for more information.