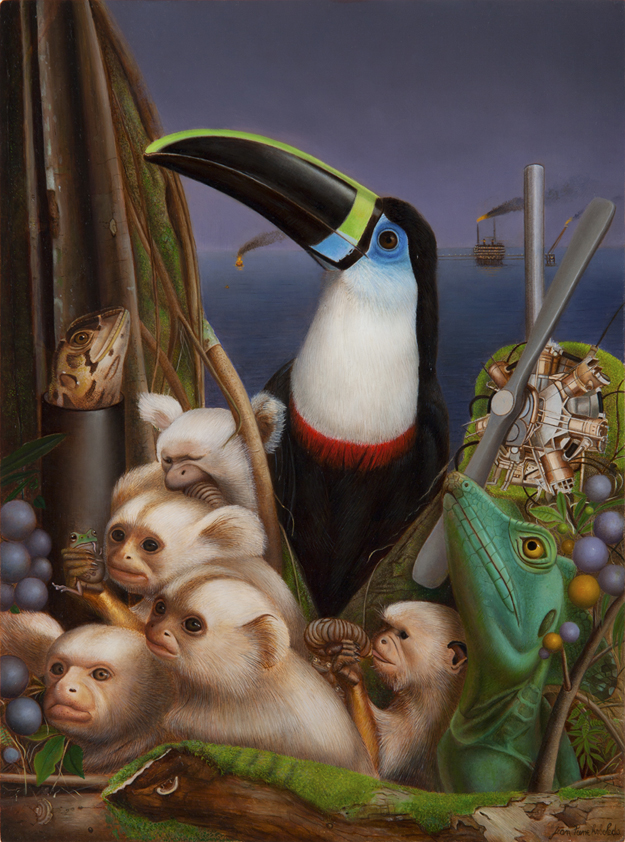 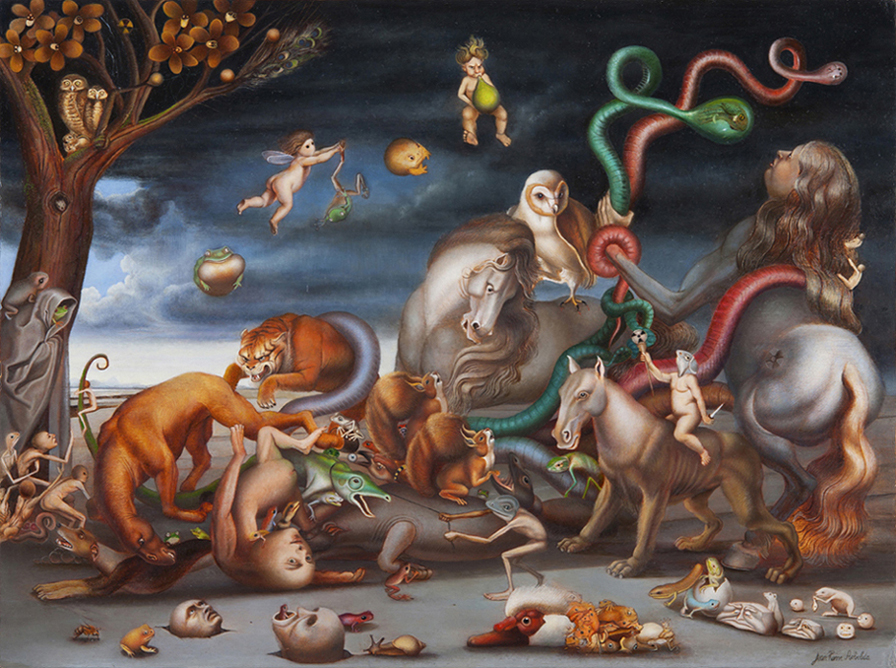 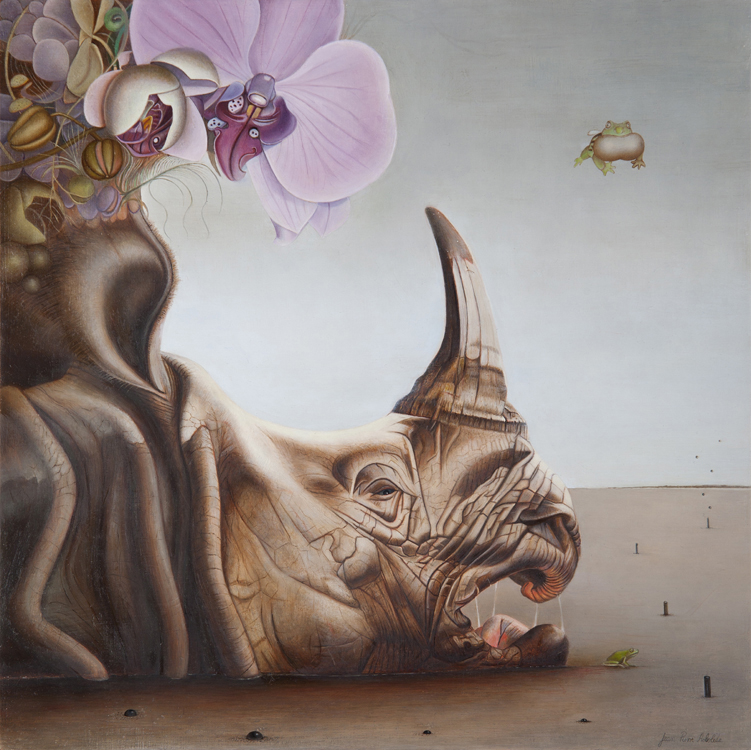 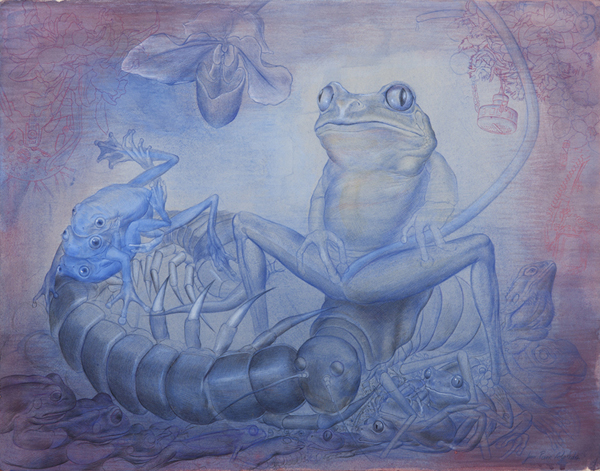 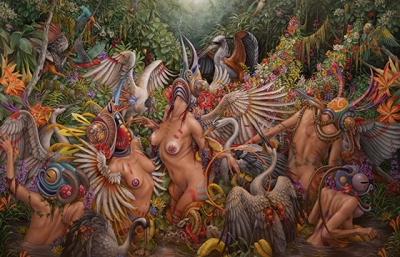 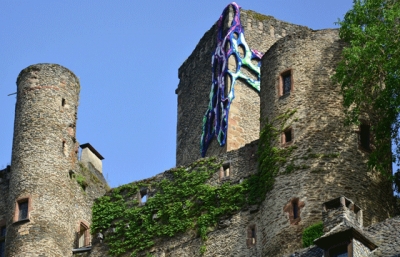 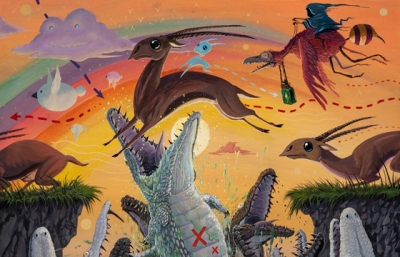 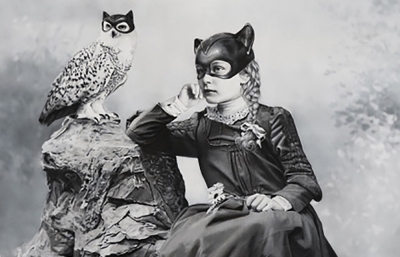 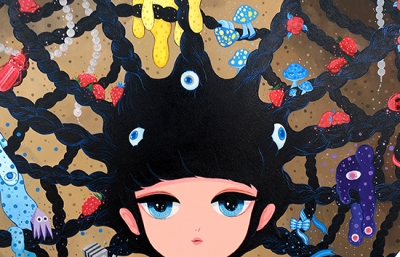 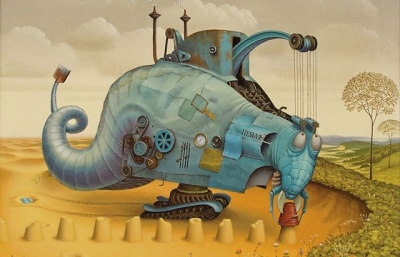 The Paintings of Jacek Yerka

Earlier this month, AFA gallery Soho opened “The Nature of Evolution,” a collection of new works by Jean Pierre Arboleda. The images are densely packed with deftly rendered creatures, a herpetologists dream, frogs and lizards abound. The paintings and drawings all bear witness to Arboleda’s masterful execution of detail through the slow buildup of small hatch marks. Most of the larger works in the show are works on paper, acrylic paint worked over drawings made with colored pencil, while many of the smaller works are oil on panel.

The entire show reflects Arboleda’s love for biological form with his concern for environmental preservation. Following a stream of conscious process, he composes pictures with a cast of wild creatures based on photos he takes in nature and from sketches made from field guides. These characters become protagonists in stories that suggest the drama of diverse life as it meets the challenges of rapid environmental change. The action within each image does not literally represent a narrative but through symbolism suggest ideas of struggle and discord.

The painting titled Sapo del Yasuni, is based entirely on photos and drawing studies that Arboleda made while traveling through the Yasuni National Park in the Ecuadorian rainforest. At the time of his visit, the President of Ecuador was soliciting financial support to protect these forests. By the time Arboleda returned back to his NYC studio, he learned that the president had given up these efforts and decided to turn over land to petroleum companies. The painting serves as a heartfelt apology to rainforest creatures that will surely face difficult times following the the government’s decision to lease land for oil excavation.

Children of Ecuador are taught to take pride in the biological history of their country. Arboleda is certainly no exception. He is donating the proceeds of one of the paintings in the exhibition to the Charles Darwin Foundation which stewards the wildlife that exists on the Galapagos islands, protecting animals from extinction. -David Molesky