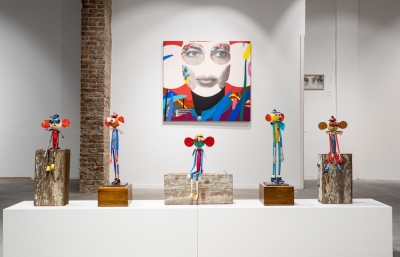 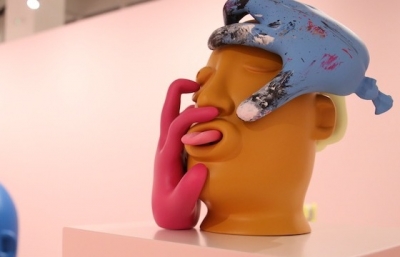 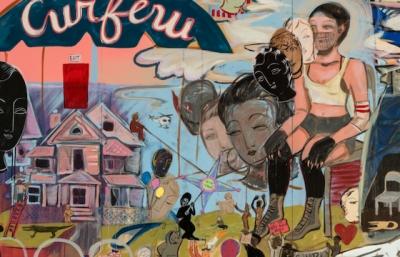 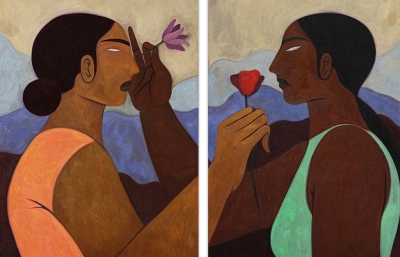 Having been there on the ground throughout the installation of Art In the Streets, the monumental, first-ever museum survey of graffiti and street art held at MOCA in Los Angeles in 2011, I can't forget the energy, palpable and a bit frenetic. Somehow, sheer enterprise and motivation downdrafted historic and contemporary artists from street culture into one place, as they worked in concert, sometimes hidden from view and constantly in-situ. Banksy, Barry McGee, Swoon, ESPO, KAWS, OSGemeos, Saber, Martha Cooper... the list goes on. It's amazing to think that less than 10 years ago, Jeffrey Deitch's tenure at MOCA would be marked by Art In the Streets, with co-curators Roger Gastman (who went on to create the Beyond the Streets shows) and Beautiful Losers' Aaron Rose, polishing each piece with their expertise. It felt like a game-changing sequence for those invested in the culture, one that built up for weeks up until opening night and remains among my very favorite memories of the last decade.

Today, Deitch announced the Art in the Streets website, an overview, as well as a user-generated site, of "the first major historical exhibition of graffiti and street art organized by an American museum (that) surveys the origins and history of the movement in the United States and traces its influence as it spread around the world." Yes, the installation days and opening nights are presented here, and I recall the behind-the-scenes moments where the legendary hereoes of the scene felt like they were passing a baton to the next generation, and the contemporary artists making sure to pay their respects. It felt like a competitive summer camp (this is graffiti after all), but underneath it all, there was an infectious camaraderie everywhere.

Of course, there were high-profile hiccups (again, this is graffitit after all), including the BLU mural that had to be painted over on the side of the MOCA Geffen, which at the time, felt like the antithesis of what was intended to be a historic overview of counter-culture art. But these learning lessons set the stage for more graffiti and street art shows, all employing Art In the Streets as a template. It wasn't perfect, but that would be almost an oxymoron.  Sheer volume and bombast injected museum culture with a blast of fresh air. It presaged how chances can be taken and museum programs can be broadened and as the record numbers of visitors attest. I think of Art In the Streets in the ways I think of Tim Burton's exhibition at MoMA or ©MURAKAMI at MOCA... game-changers that influenced  major institutions around the globe. It feels good to experience this show one more time. —Evan Pricco