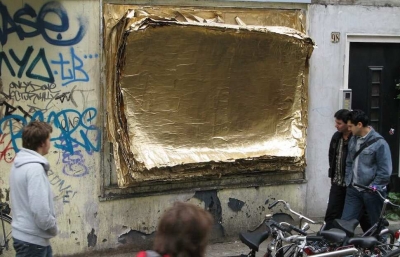 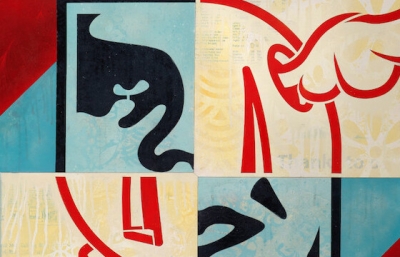 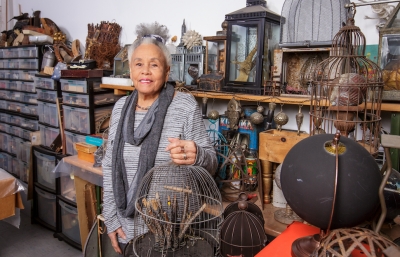 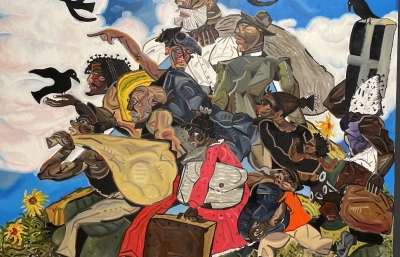 In Review: The Armory Show, Future Fair and the NY Art Fair Week

As it continues to become the major week in the art world, Basel Week in Hong Kong also means superstar exhibitions around the city leading up to the big fair. Today we are looking at Light-Mirror, an exhibition by Op Art legend and influential artist in site-specific works, Julio Le Parc, on view now through May 11, 2019 at Perrotin, Hong Kong.

From the gallery: The 90-year-old pioneer of op art and kinetic art has conceived two site-specific installations for this exhibition, which also comprises recent mobiles and paintings.

Born in 1928, Le Parc gained international recognition as one of the leading figures of the Groupe de Recherche d’Art Visuel (GRAV), which he cofounded in Paris in 1960 along with François Morellet, Francisco Sobrino, Yvaral, Horacio Garcia Rossi, and Joël Stein. The collective remained active until 1968, two years after Le Parc was awarded the International Grand Prize for Painting at the 33rd Venice Biennale in 1966. Geometric abstraction, especially the canonic works of Piet Mondrian and Victor Vasarely, originally influenced his practice. Spanning through a wide range of mediums, it includes drawing, painting, monotyping, sculpture, installation, and virtual reality. Whether static or kinetic, pictorial or sculptural, Le Parc’s works revolve around the repetition of basic geometric forms, whose organization according to rigorous sequential procedures allows for potentially infinite progressions. Yet, neither abstraction nor logics can sum up his overall oeuvre. Against market-friendly monothematicism, the artist has always been radically committed to experimentation and emancipation.

Particularly known for his environments involving artificial light and mechanical movement, as well as his recurrent use of mirrors, he has developed a minimalist-adjacent aesthetics, which follows up on the GRAV’s primary interest in the public’s engagement with art. Direct participation was notably tested by the group’s collective conception of an interactive labyrinth at the 1963 Paris Biennale. Viewers have since remained the ultimate subjects of – if not the only possible disruptive elements in – Le Parc’s otherwise meticulous compositions. Like a demiurge, he essentially orchestrates ever-changing conditions for unique perceptual experiences. 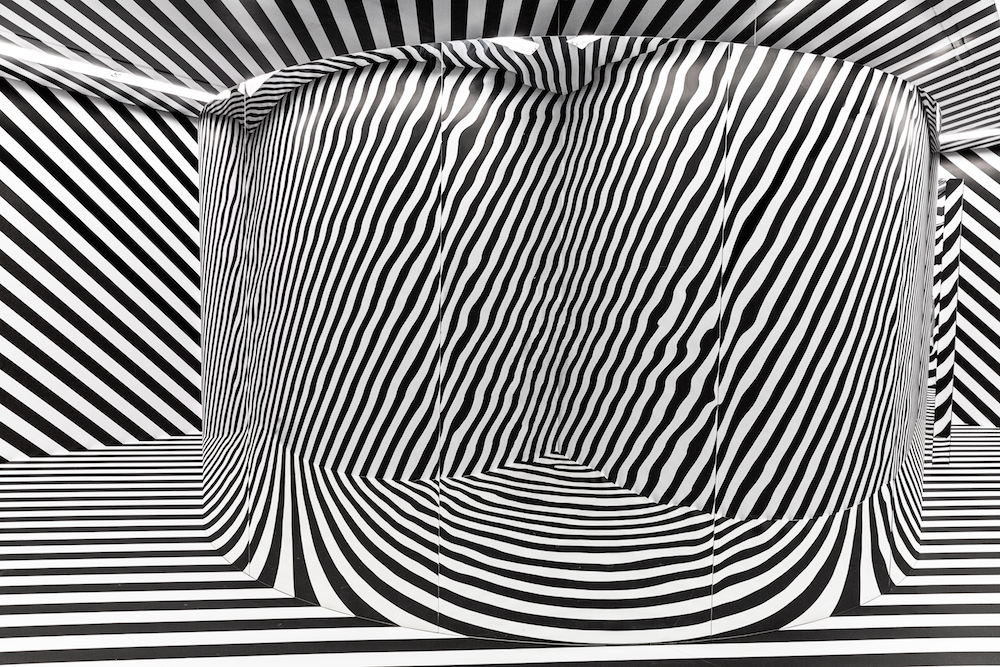 Displayed in separate rooms, the immersive installations conceived for this exhibition both literally and figuratively pull the viewers in different directions, further triggering rather antagonistic reactions. Espace à pénétrer avec trame et miroir courbe (Variation du labyrinthe de 1963) (2019) is a substantial variation of Le Parc’s original contribution to the GRAV’s 1963 labyrinth. It consists of two large semi-cylindrical structures made of curved mirror walls, inside and outside which visitors can freely circulate. A dynamic pattern of black-and-white stripes completes the work: it covers the entire room from floor to ceiling, as well as four panels hanging at body level near the center, where they are subjected to the public’s erratic movement. Bringing to mind the traditional house of mirrors in funfairs, this maze-like installation prompts a resolutely playful experience among the audience.