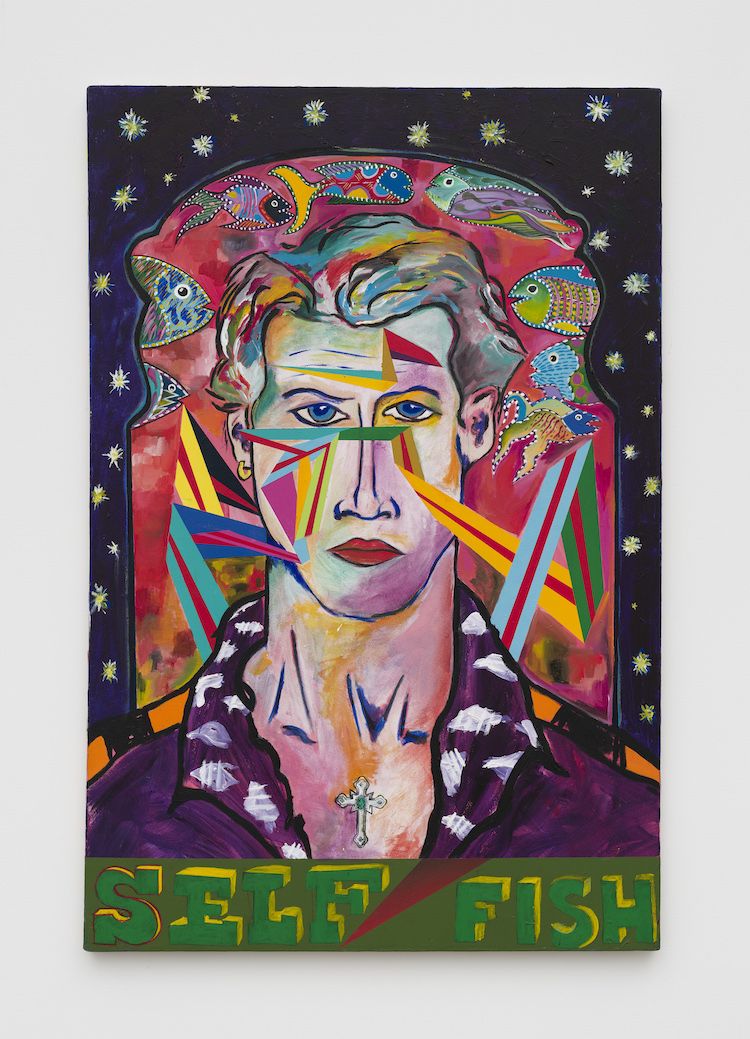 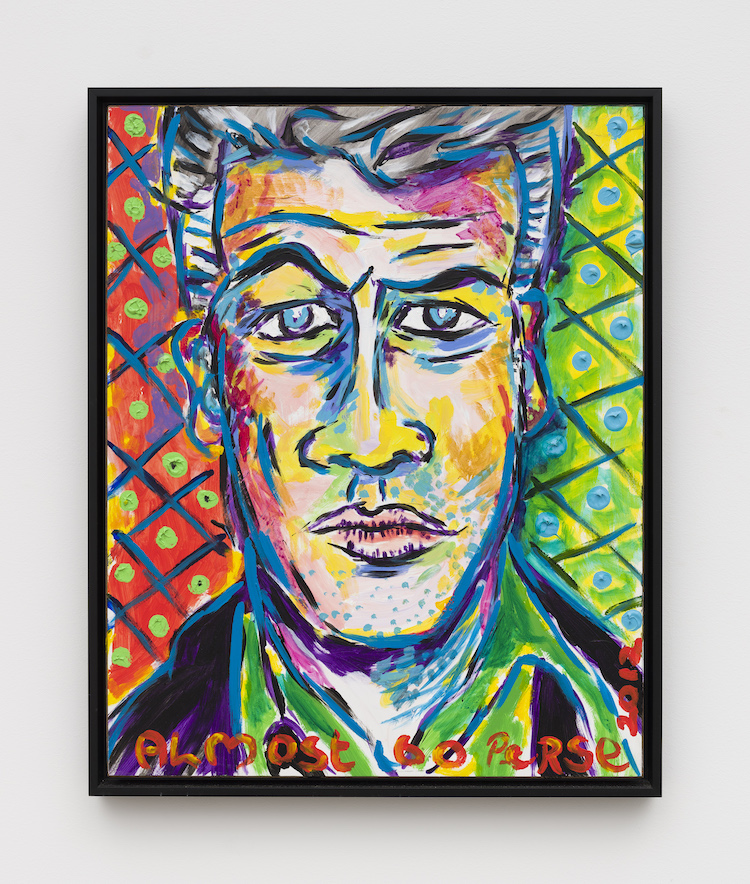 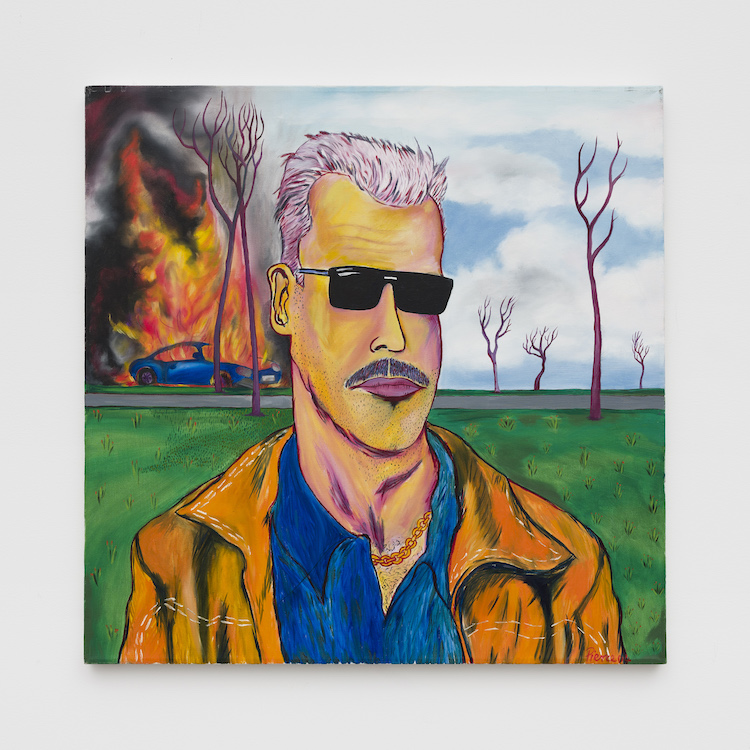 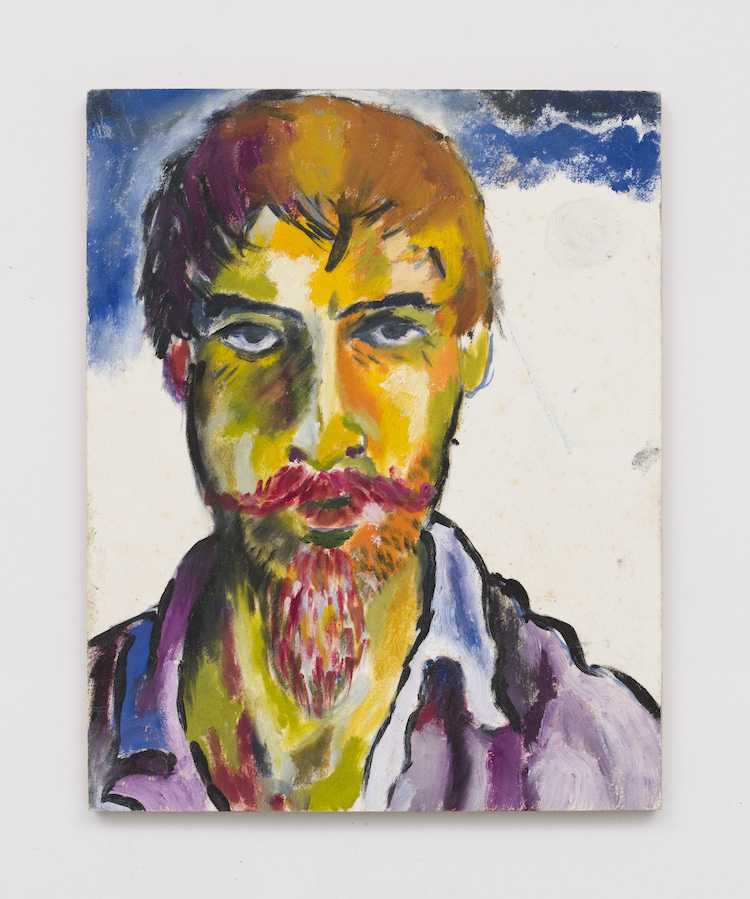 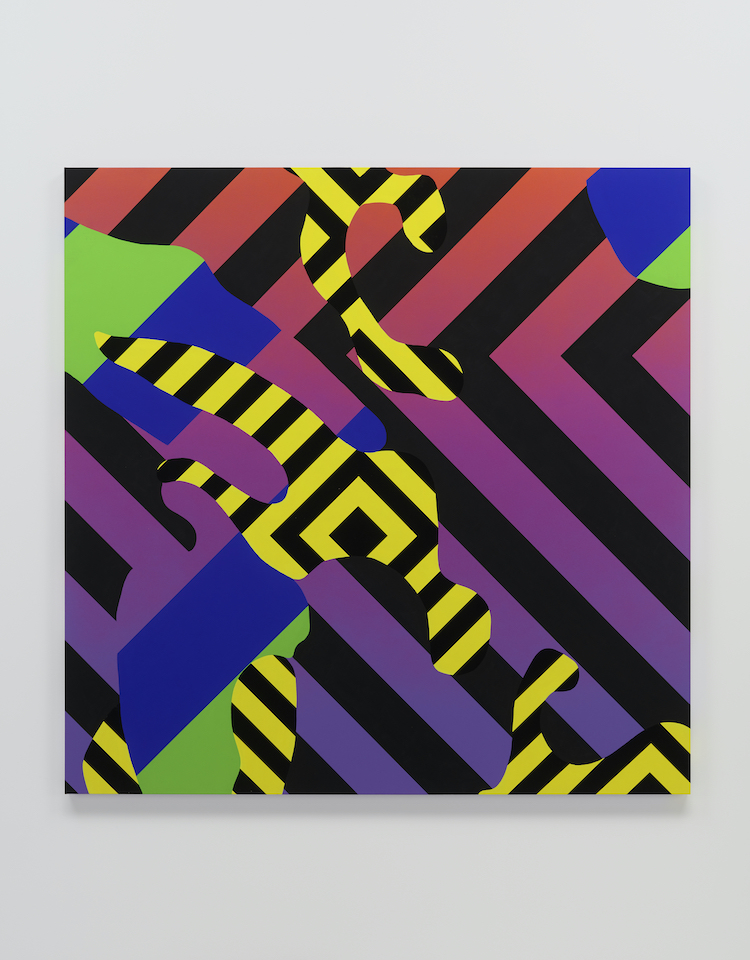 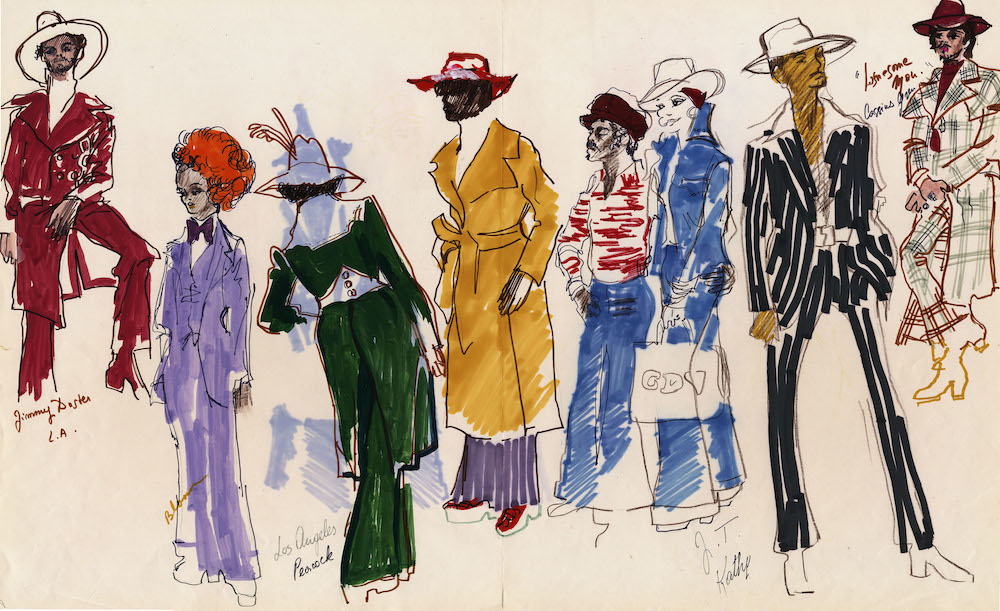 It all started on a flight to the Bahamas last year. I was looking through a Juxtapoz article on LeRoy Neiman. I wasn't too familiar with his work at the time, but I liked his style and recognized some of his bright sports-themed work. After digging some more, I noticed that Pierce Brosnan, an icon I grew up admiring on the screen, authored the piece on LeRoy.

Linking Fri&nds (pronounced “and friends” - a series and platform I started to empower creatives to share their work with the world) and my love for Miami only seemed right. I always wanted to get involved in Miami Art Week. I bought a place out there a couple of years back and really fell in love with the city. Drew from my team at Void reached out to his friends Guy and Jordan at Seasons LA, who work with Pierce and LeRoy's estate. That's how I met Pierce's son, Paris, who showed me to Reko Rennie's work.

This show is about personality, style, accessibility, inclination, and technology – all of the things that make up our public and private selves. Like me, the artists in this exhibition express themselves with our clothes and styles. Fashion, acting, sports, art - I see them as one and the same – all as forms of self-expression. We all, myself included, have always valued childhood and learning and want to make sure we all have a chance to express ourselves artistically and creatively. For this Fri&nds event, a portion of proceeds will go to NFT Classroom, a non-profit that empowers the youth through blockchain and art education.

"Well, I'm a believer in the theory that the artist is as important as his work...They are the work, and the work is them." - LeRoy Neiman. 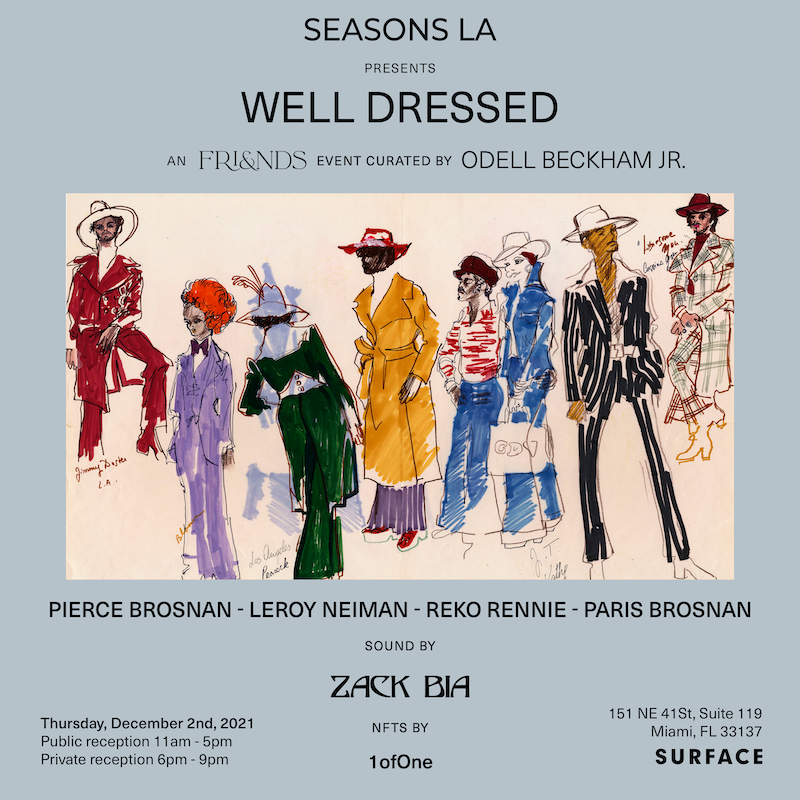 I was surprised to discover that in conjunction with his acting career, Pierce has maintained a studio practice for decades–resulting in hundreds of wonderfully surprising artworks. It has been inspiring seeing Pierce open up and share this side of his artistry – I was specifically drawn to his depiction of faces, so I picked a series of self-portraits from the last 30 years. I think it'll be great for people to see a side of Pierce that's unexpected – yet expected in hindsight. Pierce is a true creative. We will also showcase Pierce's next NFT, which I'm very excited about. Most people don't know that Pierce released a sold out an NFT collection in the summer of 2021, which he kept low key while experimenting with the new medium.

As for LeRoy – his work speaks for itself. LeRoy's artwork made me aspire to be like the beautiful and vibrant people in his paintings. LeRoy was the Classic Man. I'm excited to show pieces from the archives that focus on style and tastes in fashion. The first piece dates back from when he was as young as 10yrs - a similar age to when I started watching Pierce. Again teasing as an upcoming NFT, this time a project based on LeRoy's studio floor.

Much like his father, Pierce's son Paris is also an artist. At the age of 20, his work already crosses the worlds of fashion, filmmaking and fine art. Although Paris already enjoys a successful career in the fashion and film industry, he too has kept his studio practice rather private. All of us in this show know that publicly performing/showing/being can make you feel vulnerable at times. Still, you learn a lot about yourself in that process and I'm excited that Paris is open to sharing and exploring this part of himself alongside his father and other fellow artists.

Reko Rennie's work is cool because it personifies his unique roots - Aboriginal background and upbringing in Australia's streets. Street art and culture have shaped him and I like how I can see the ways he makes sense of his identity throughout his work. He uses traditional designs and camouflage to make the "invisible" visible and focuses on his Aboriginal roots.

A show about how others see you and how you see yourself. Dressed up, and Well Dressed. —Odell Beckham Jr., November 2021, Los Angeles