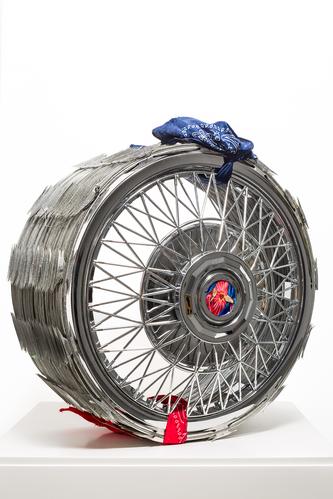 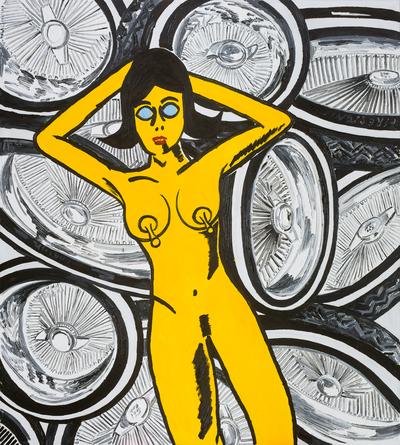 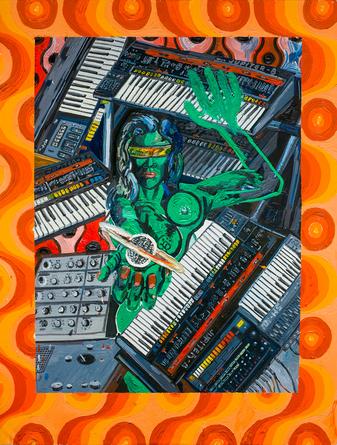 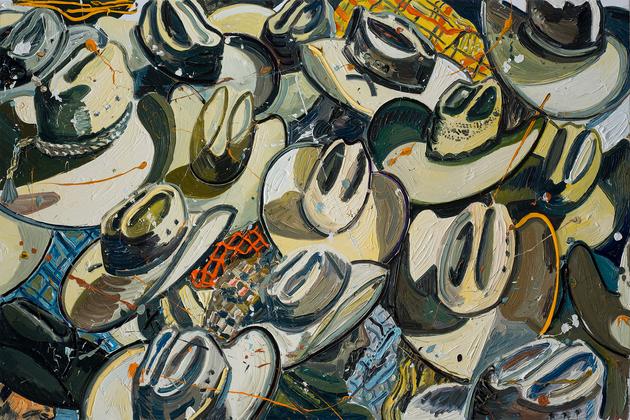 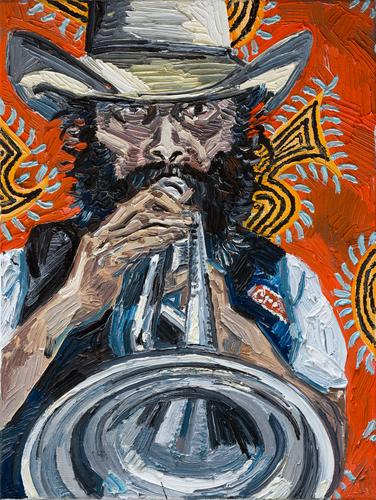 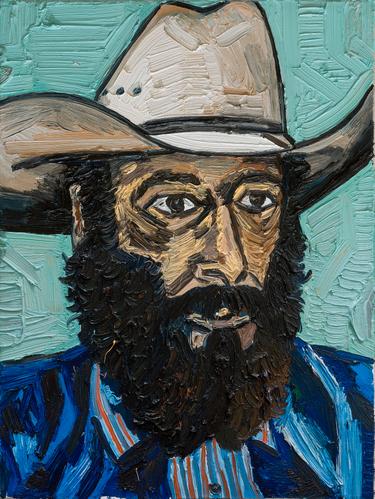 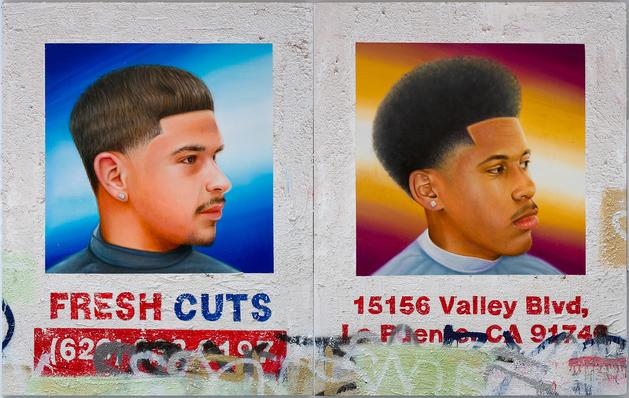 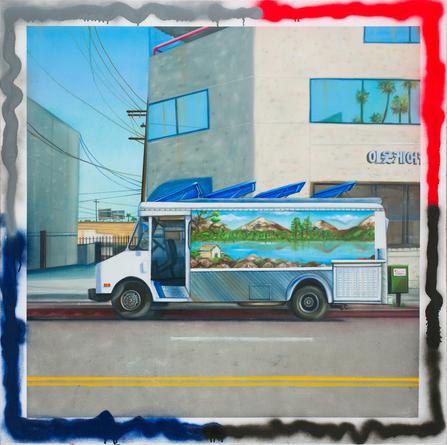 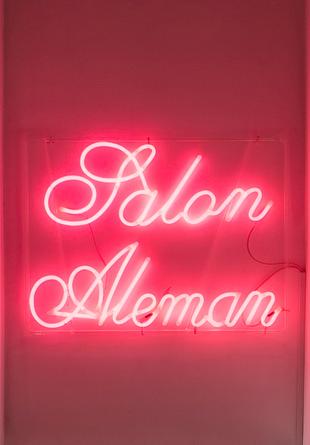 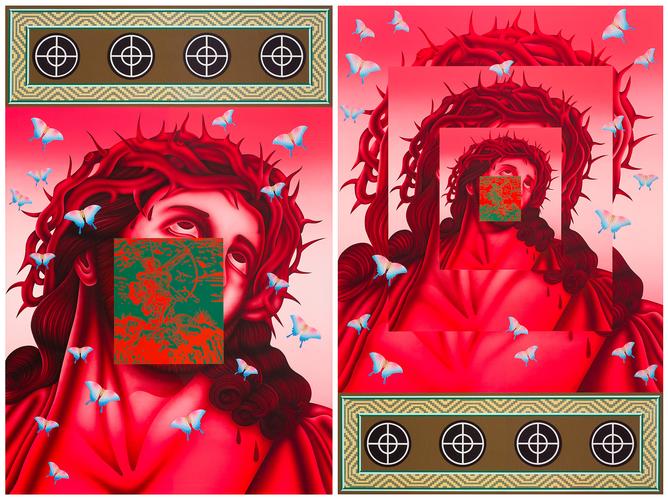 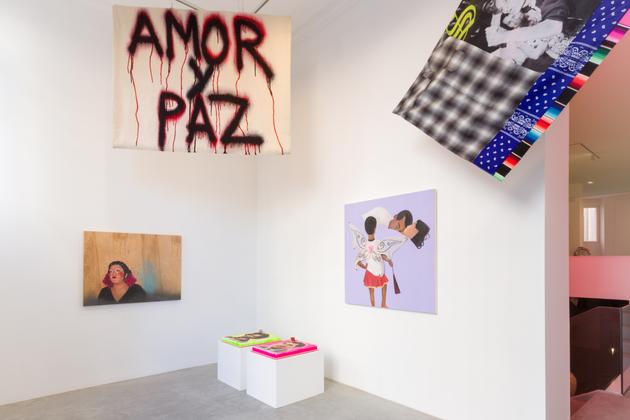 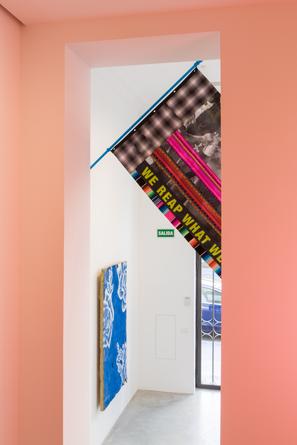 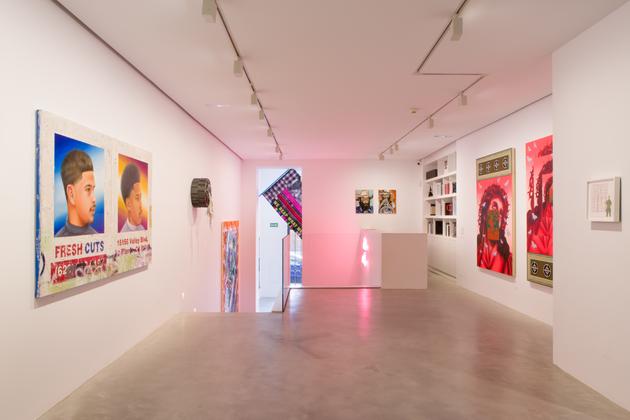 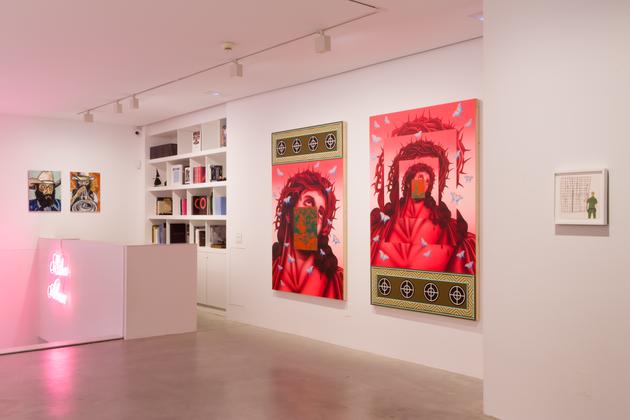 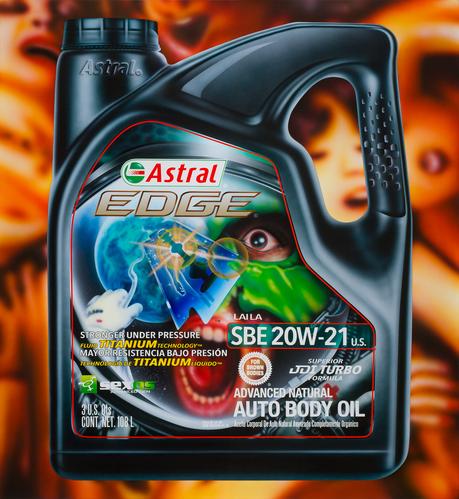 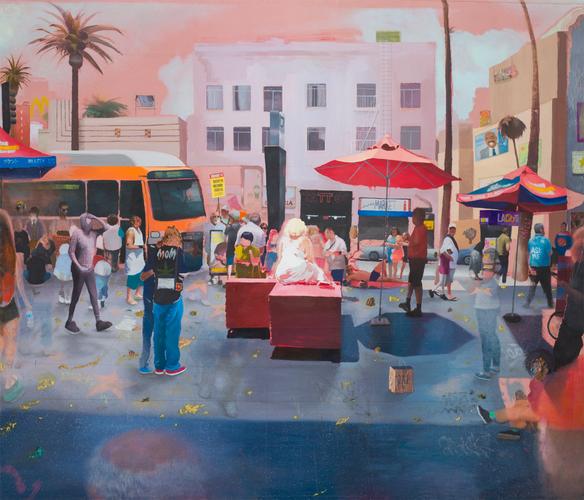 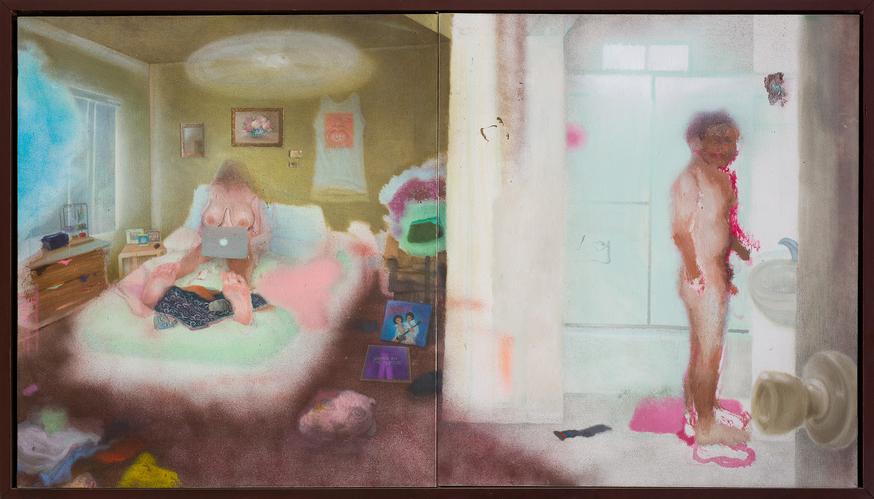 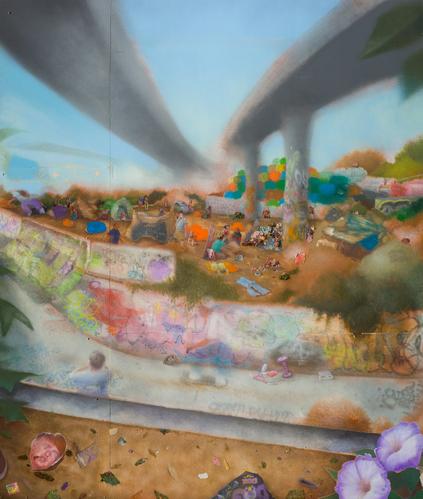 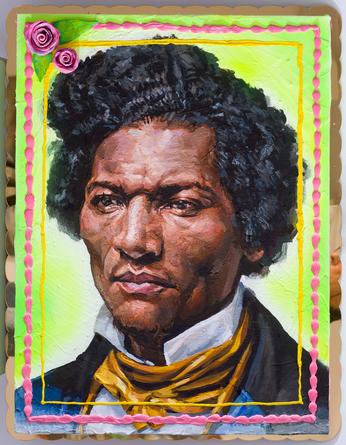 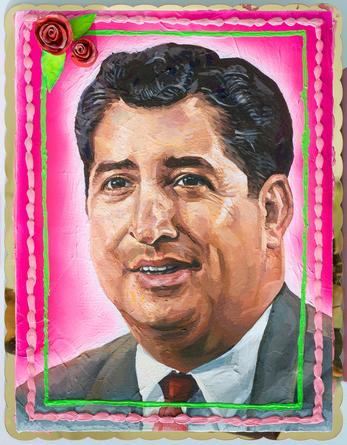 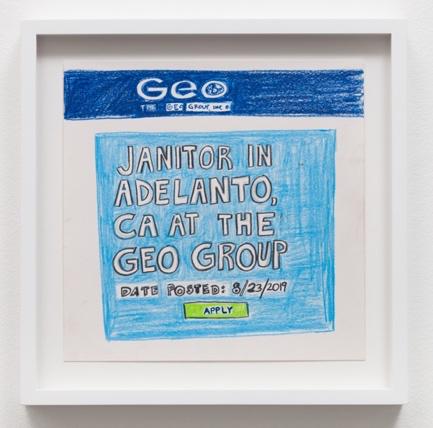 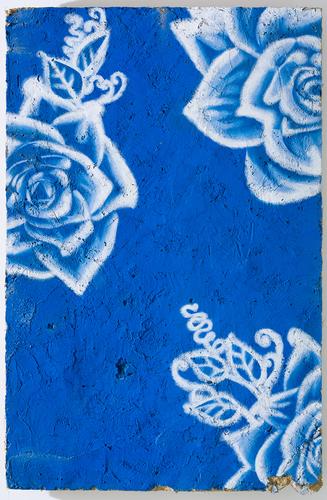 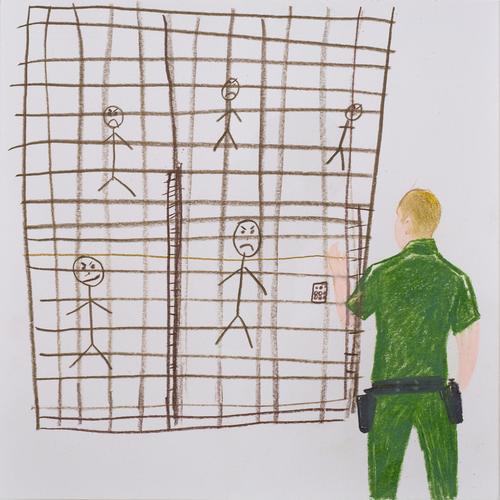 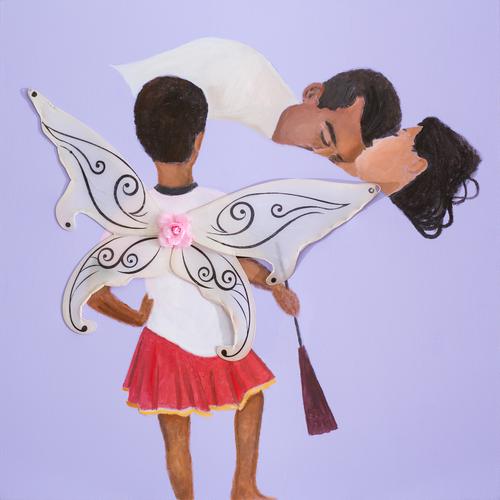 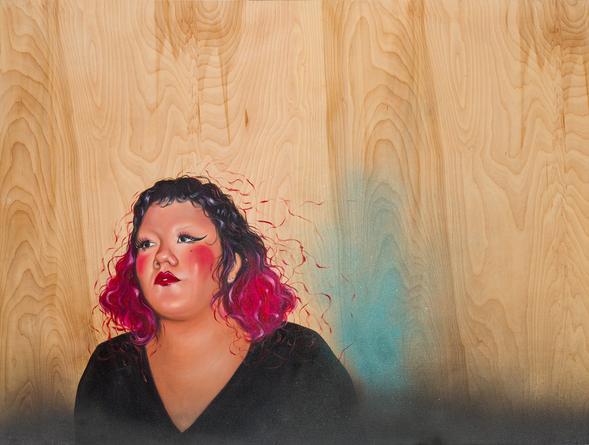 Javier Lopez & Fer Frances in Madrid are currently presenting LXS ANGELINXS at their gallery. This exhibition forms a bridge between Los Angeles and Madrid, two cities separated by some 9,400 km or 5,800 miles, representing two very different cultures united by the same language—Spanish is the mother tongue for about half the population of that major North American creative centre. The artistic contribution of the community of Latin-American origin goes back to Mexican muralist movement of the 1920s, and its socio-political approach in turn inspired the Chicano art of the 1970s. The strong radicalism of these movements, both so prolific, has continued to this day as a large group of artists carries on the fight to give visibility to an identity that is almost unknown and even ignored in Spain.

In recent years a new nucleus of artists, sharing background in suburban Los Angeles, has been developing quietly—or maybe it’s just the respect appropriate to the founding of a new movement. Between Pomona and Inglewood you take in the studios of all manner of Angelinx artists, who are dealing with topics as current and engaged as immigration, gender, history, the class struggle, drug trafficking, all without ever forgetting their ancestry and values, their identity. There is a discernible pattern in their work, the same for all of them: a kind of song to freedom—in the truly authentic style of the Chilean poet and singer Victor Jara—in works that recall how families have suffered in the attempt to attain a better future and gain the right to live in peace.

The questions that these works pose are dominated by the memories, stereotypes, and criticisms of a society that uses them to maintain a certain way of life, but without giving any real value to their experiences. Through their work, the artists sustain the memory that lives on in the unconscious of the community; community is also an important part of the way that Madrid works, although there may not yet be the historical points of reference here that can be discerned in any mural in downtown Los Angeles.

Self-portraits with hats, family gatherings, portraits of Latinx activists, the Virgin of Guadalupe, cockfights, chrome wheels with razor wire like that on the border walls, life between the freeways, bandanas, or the imaginary of Lowrider culture—all feature proudly in a society that has been given nothing on a plate. They are conscious of who and what they represent, what has marked them, influenced them, or led to rejection during their childhood and teenage years. This iconography is expressed, in some cases, through traditional techniques, such as adobe and ceramics, while others draw more on the urban environment they come from, as is the case of the aerosol.

The images presented will not leave any viewer unaffected, nor can any keen explorer of new trends in international contemporary art be unmoved, and through this group exhibition we are inviting you to keep an eye on this lively and exciting artistic hotspot. This exhibition seems particularly relevant in the current context, as winds of change blow across the United States, and where it appears that the country’s politics in the coming years will hopefully find recognition for those who have been considered as minorities until now, respecting diversity and defending equality. In the longer term, this shift will also probably be felt beyond the USA’s borders, as with so many others that start there, although, as these artists make clear, there is still a long way to go and it will not be easy.