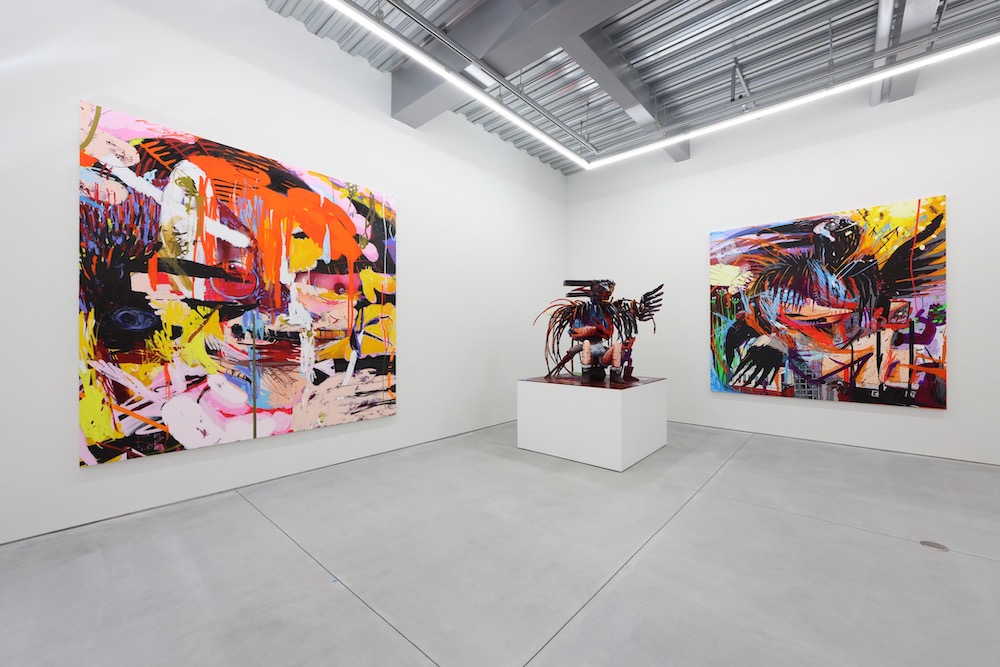 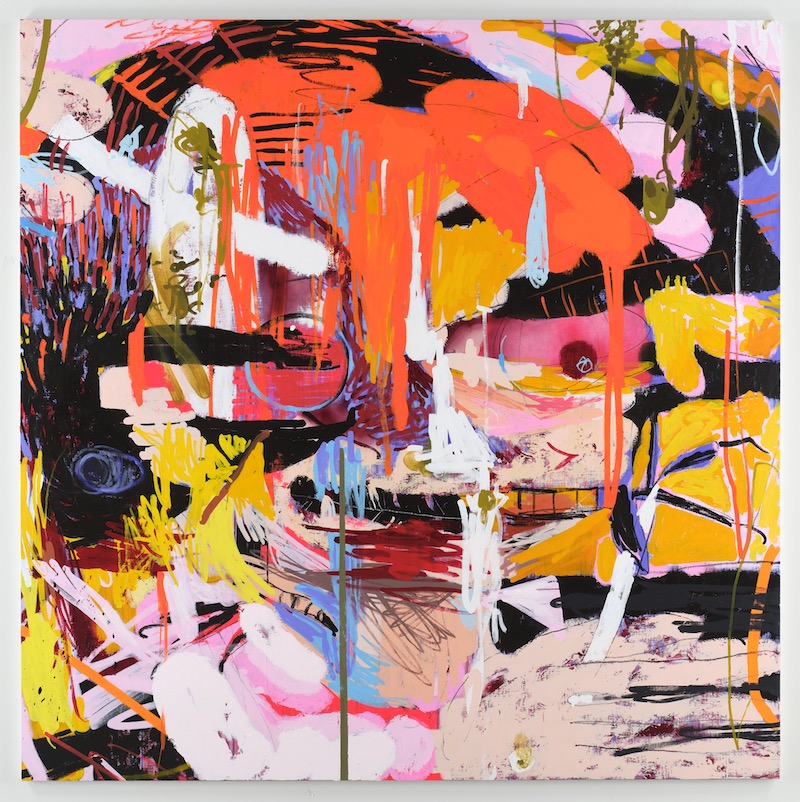 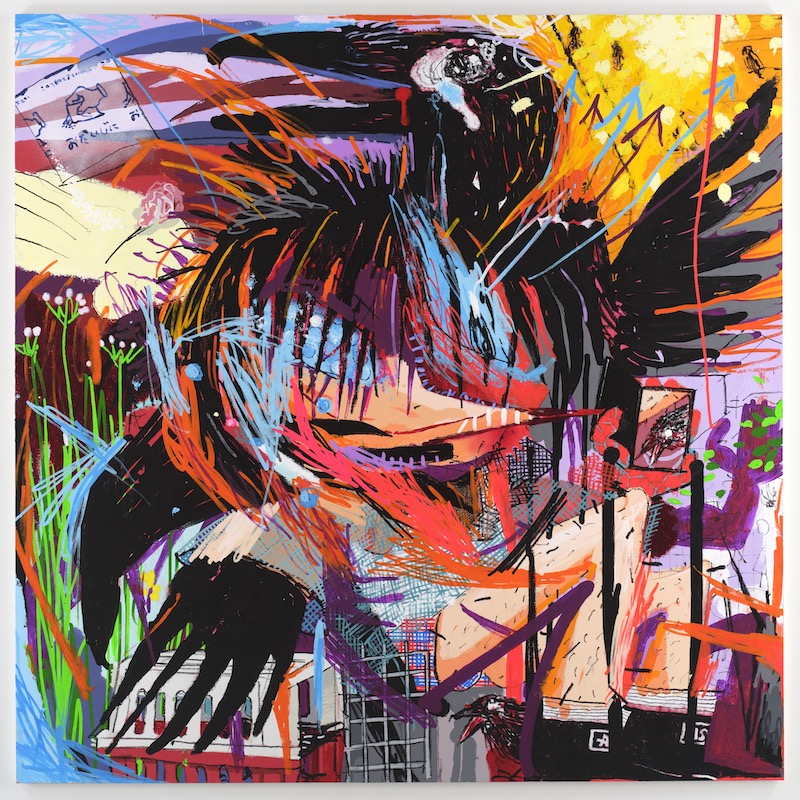 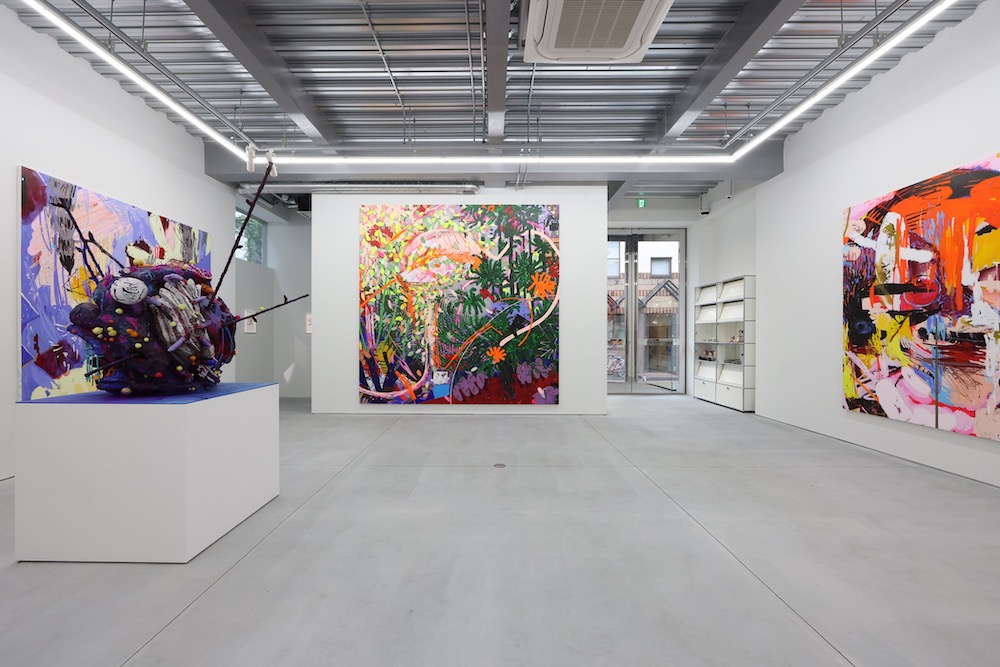 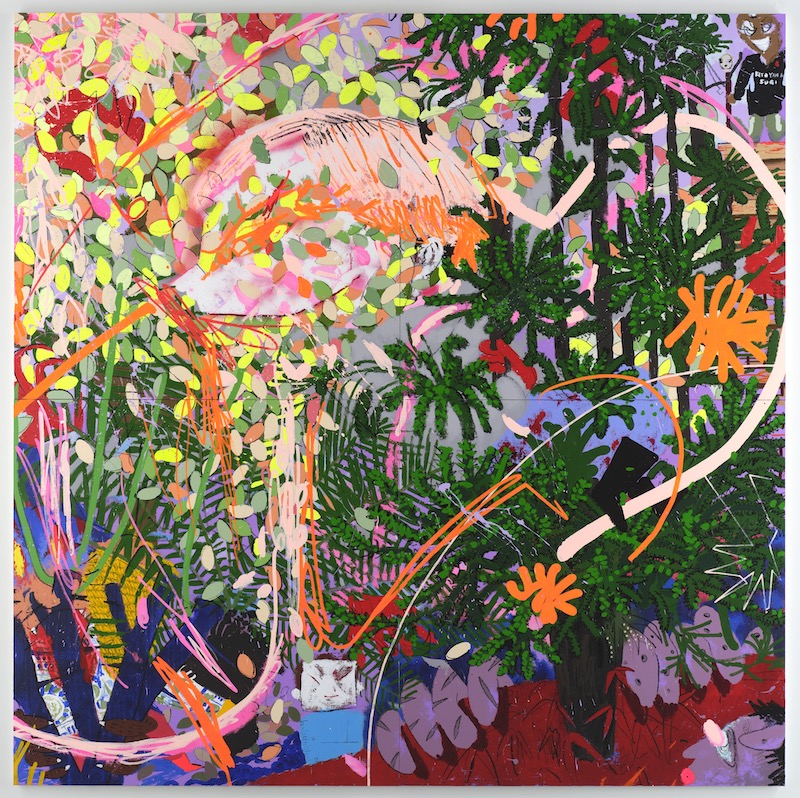 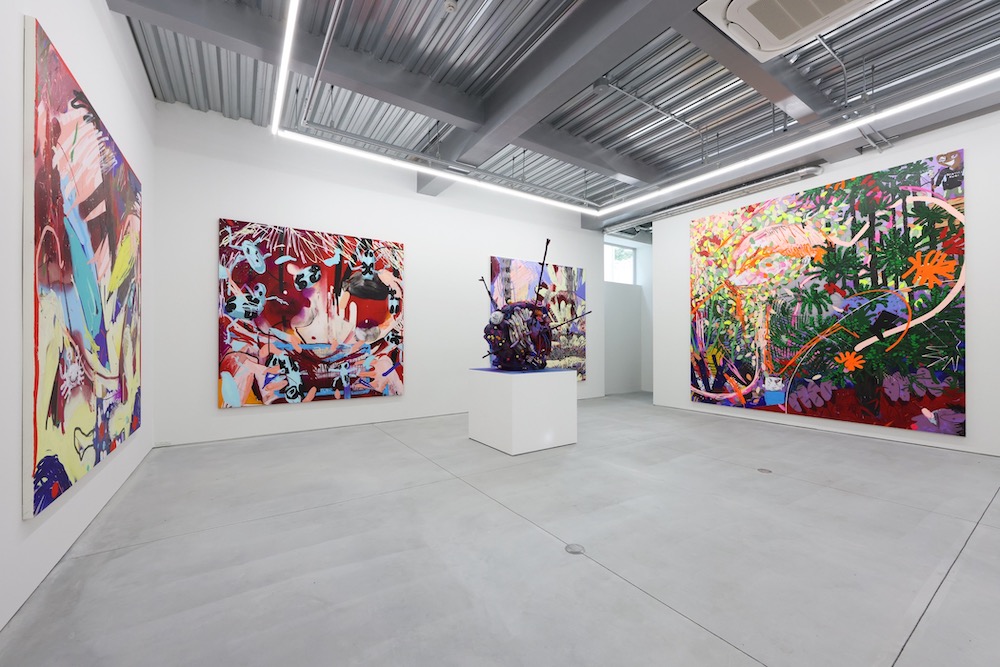 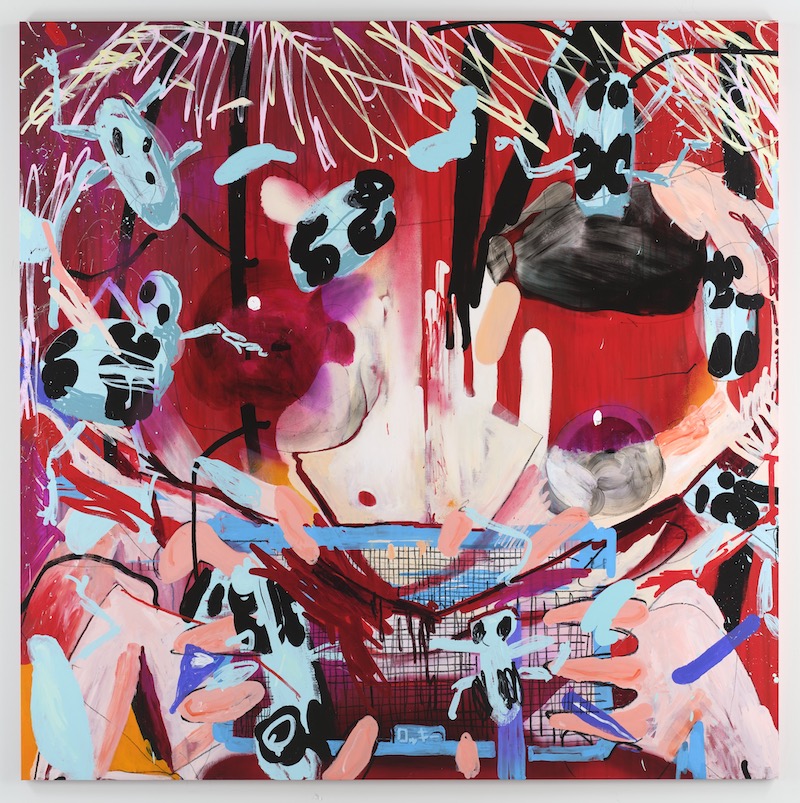 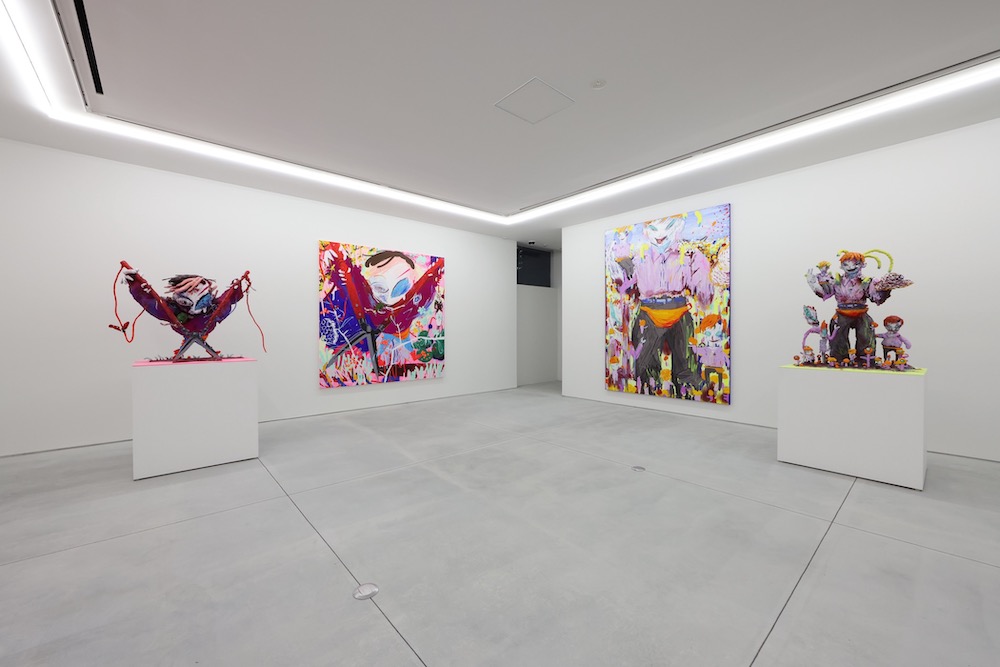 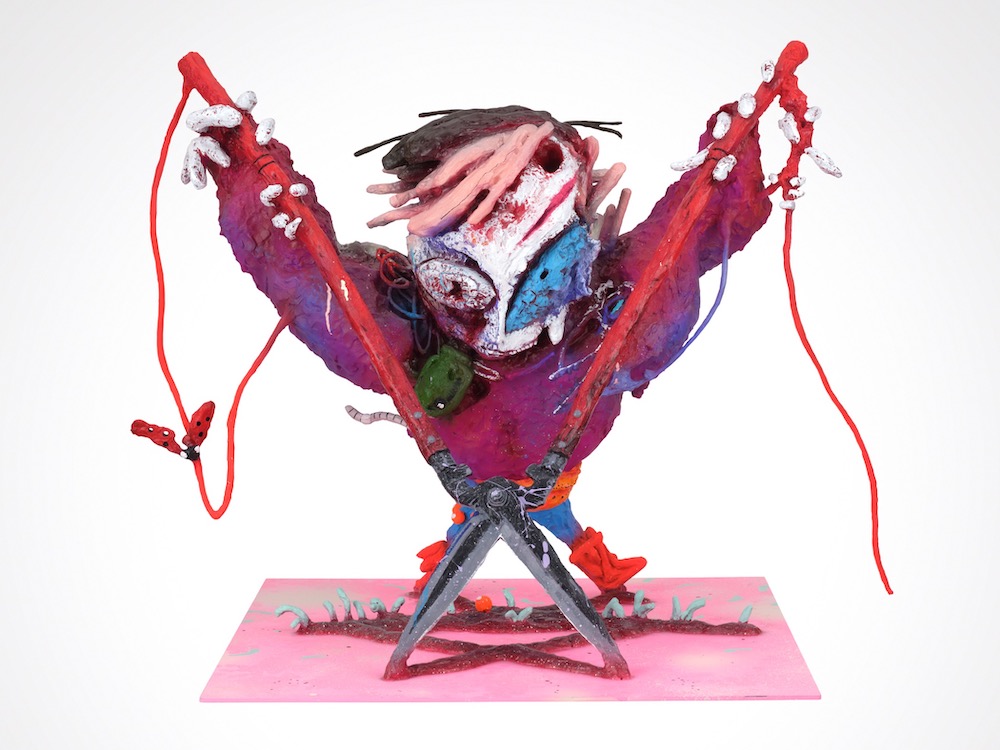 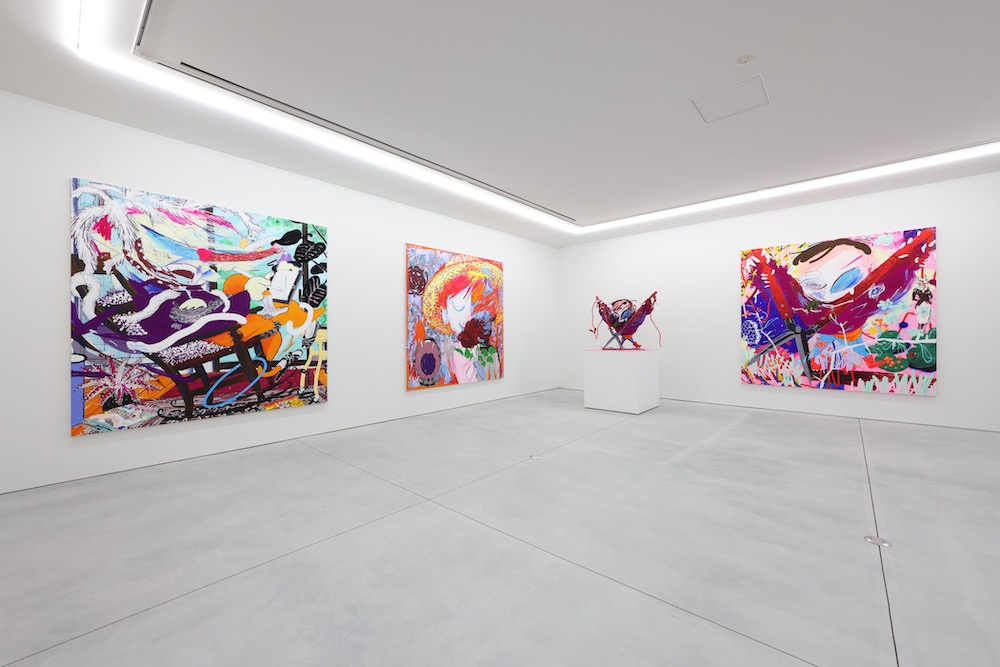 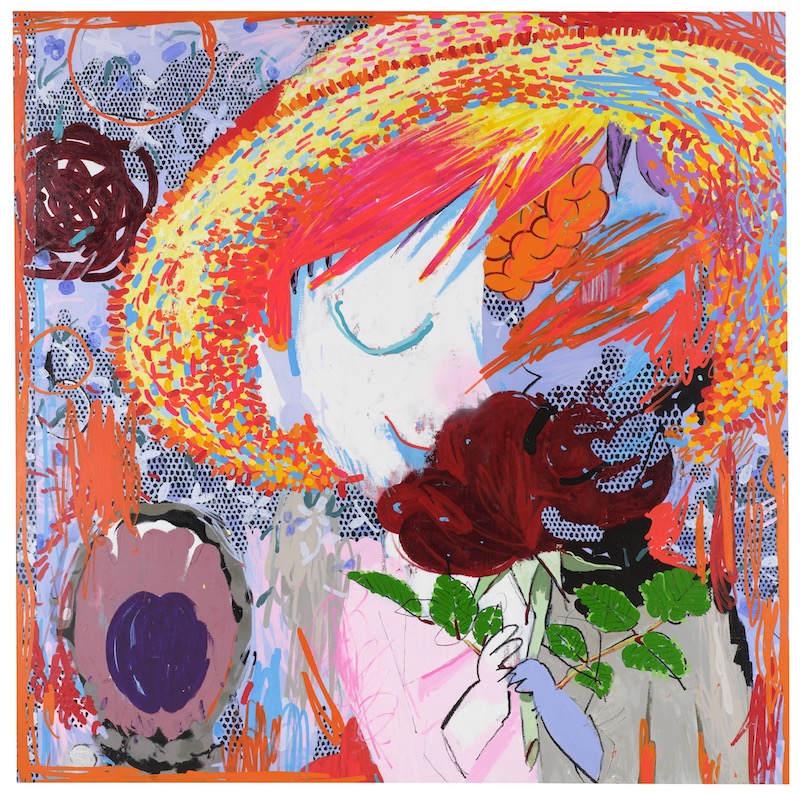 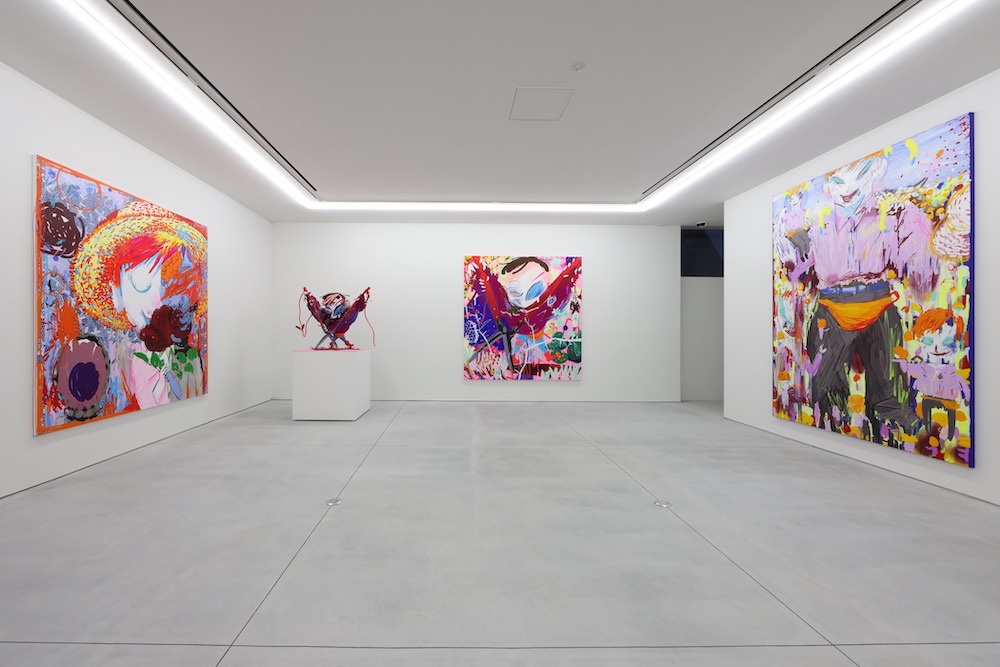 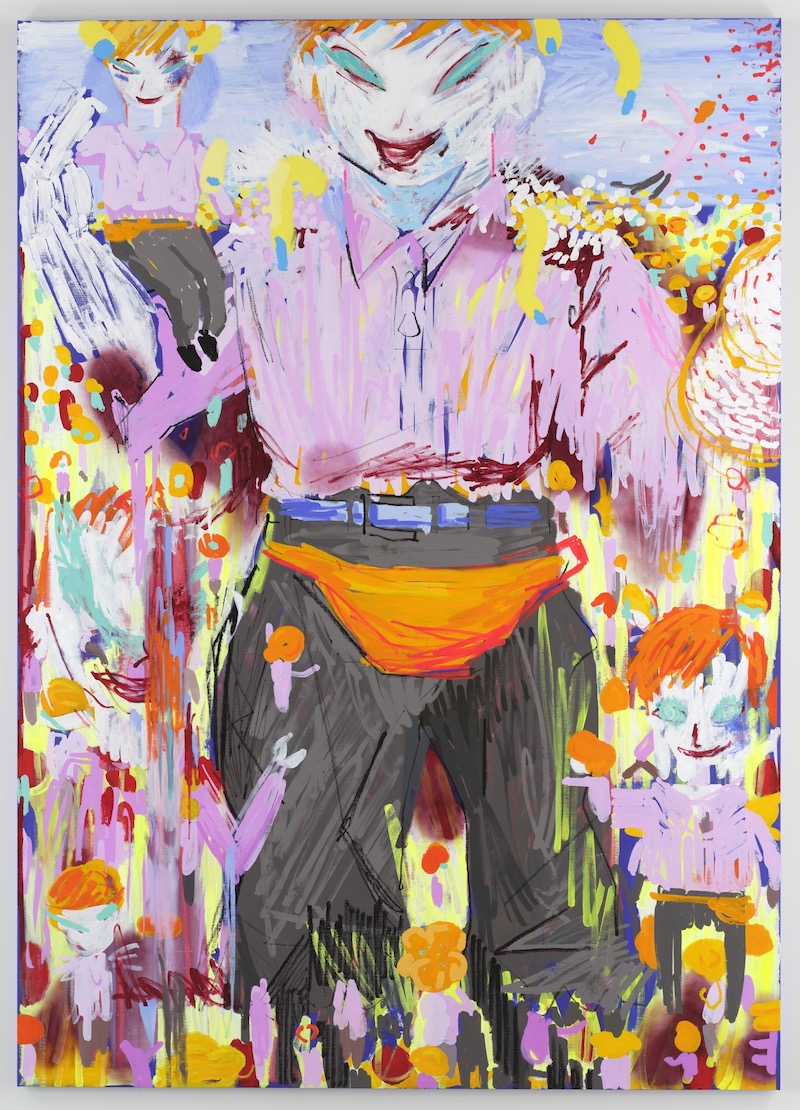 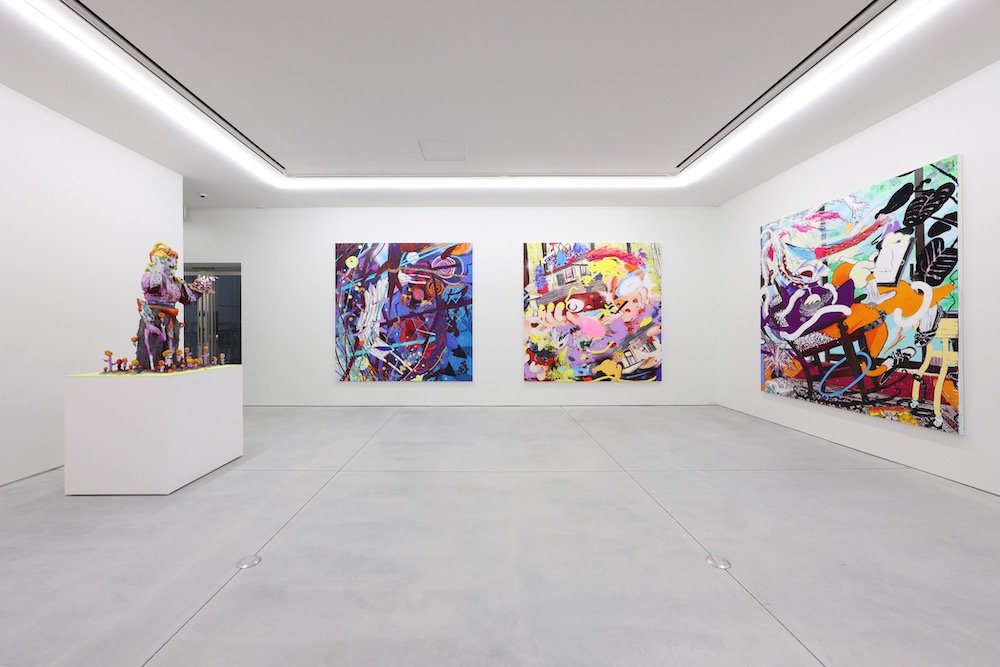 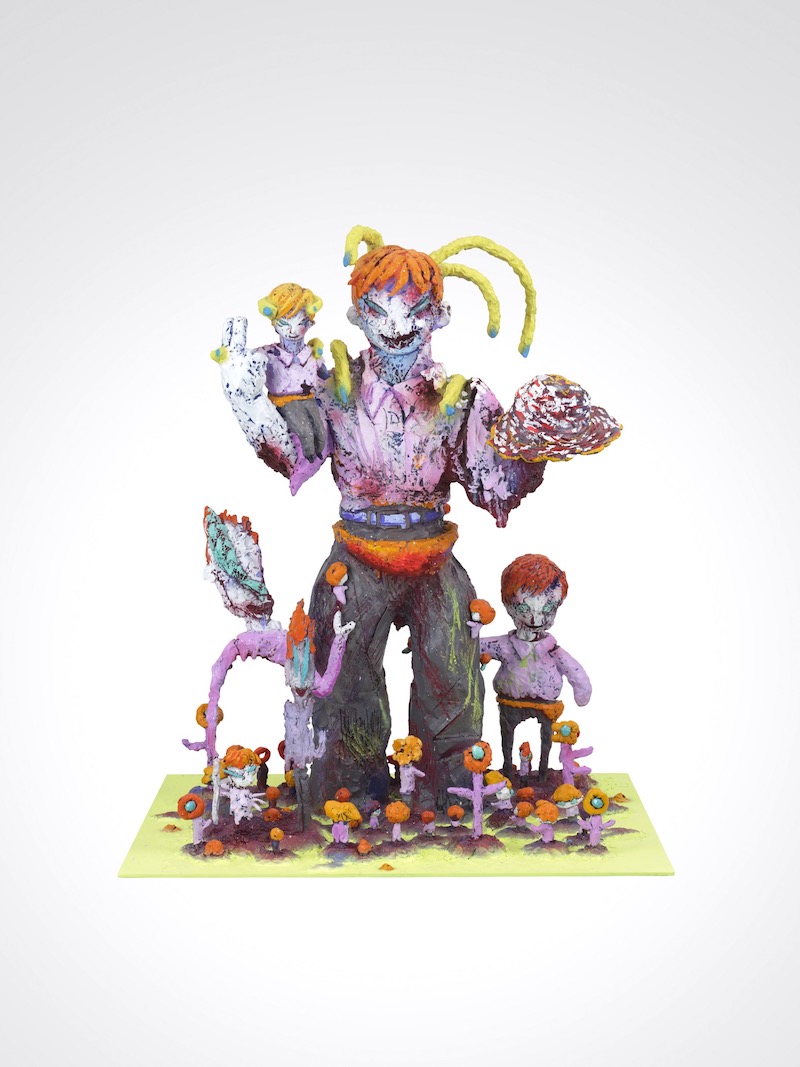 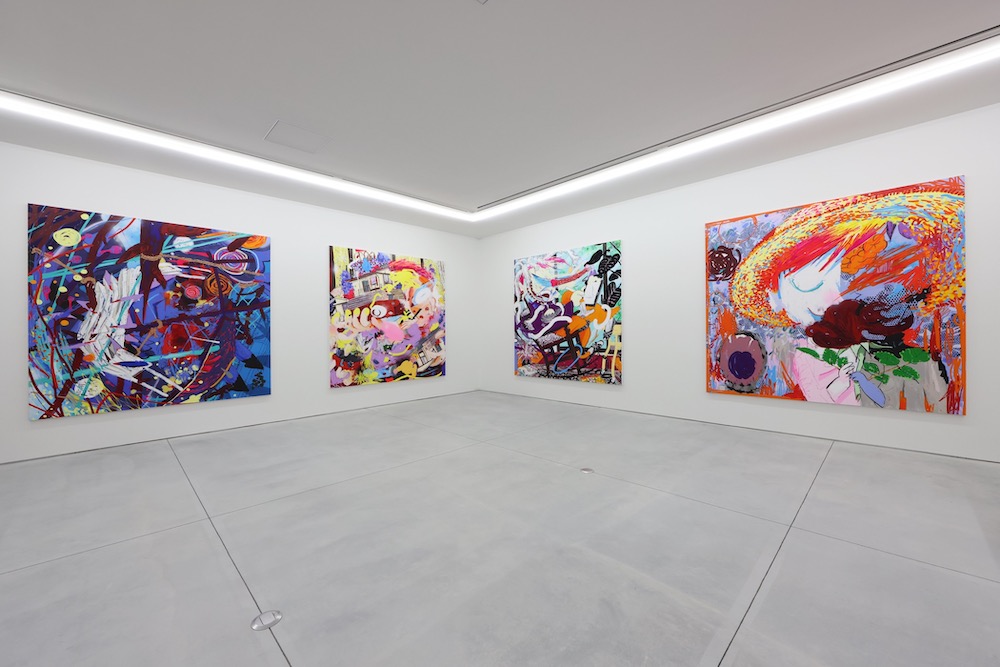 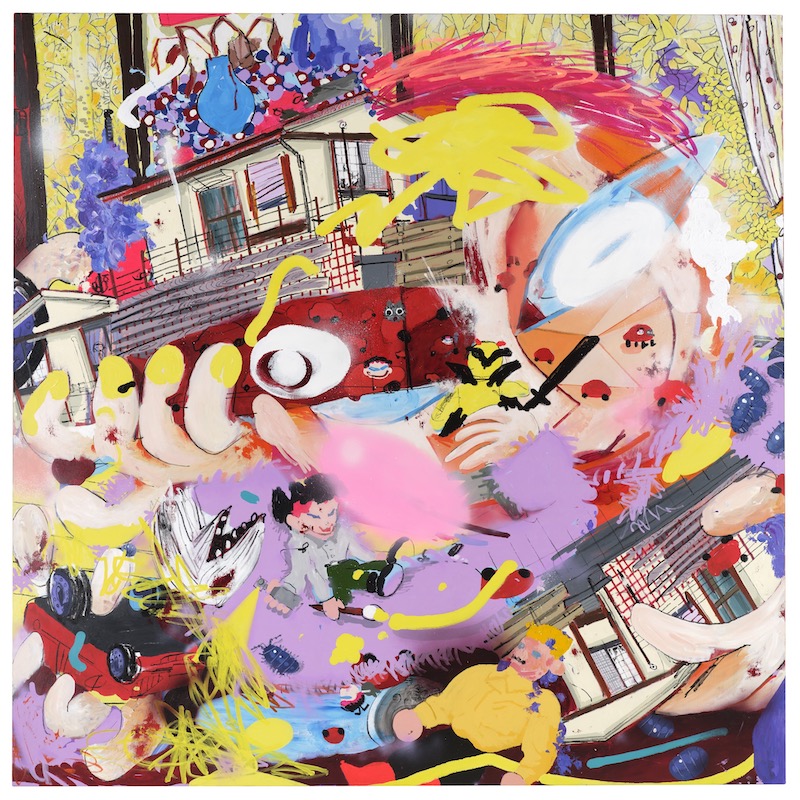 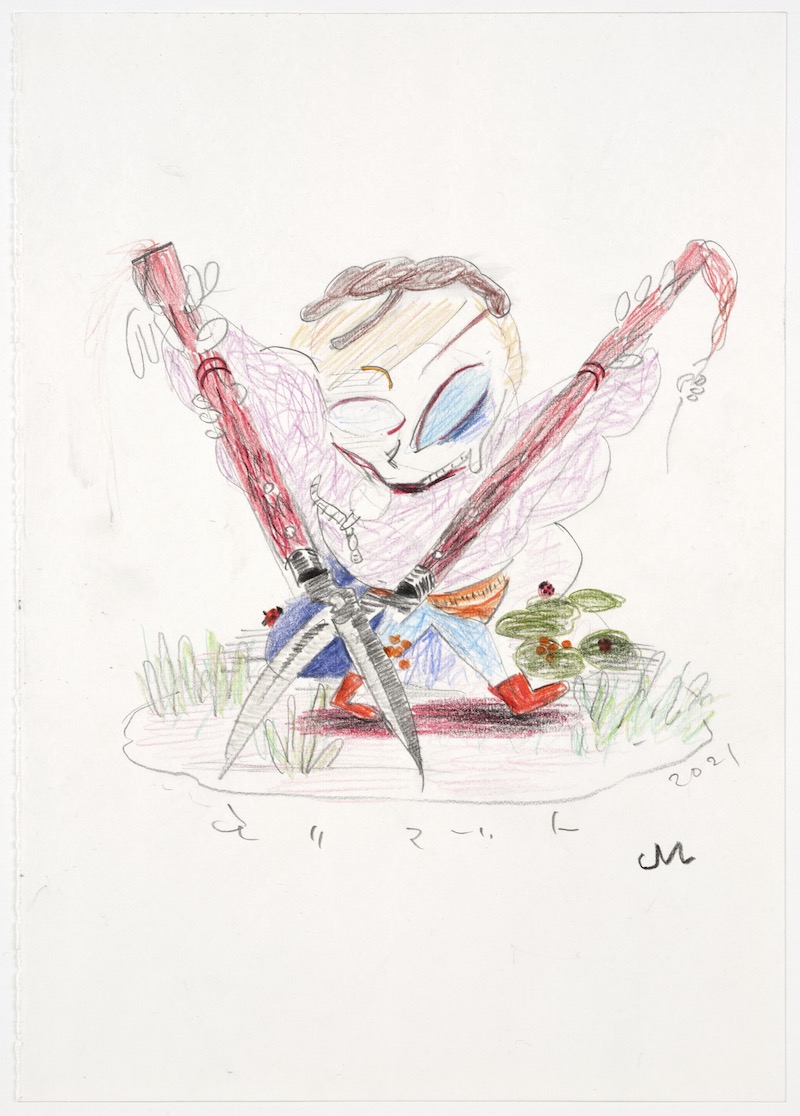 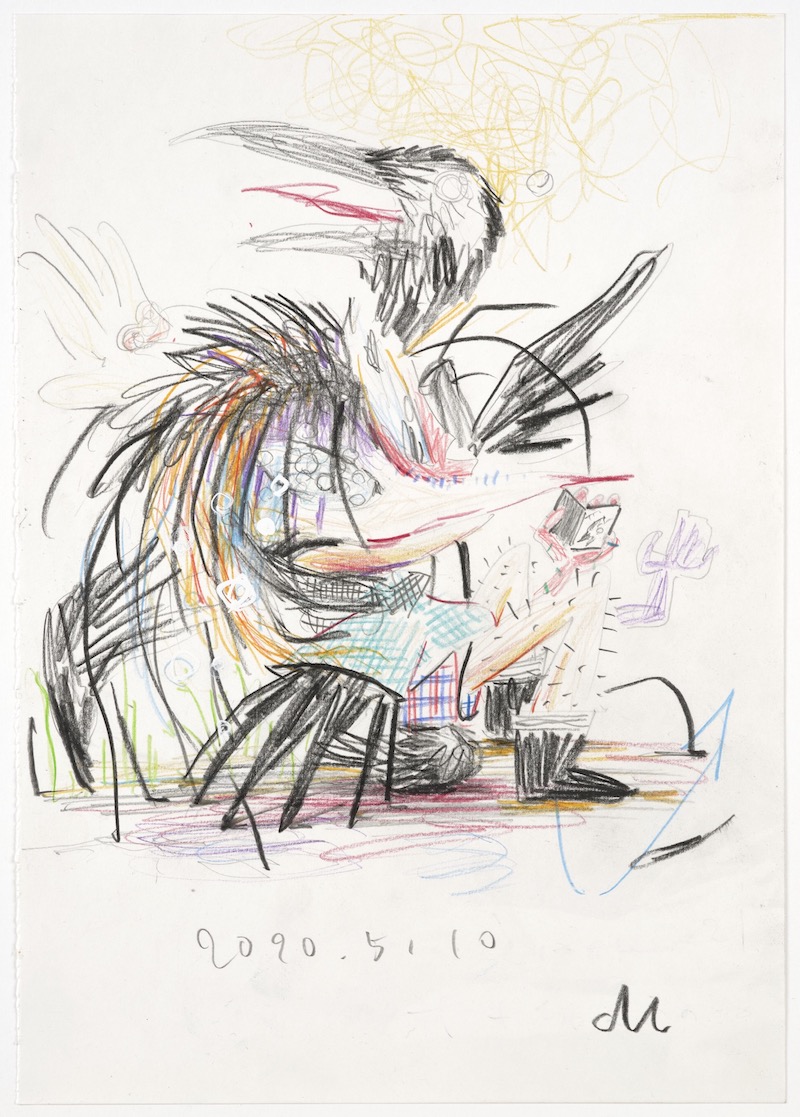 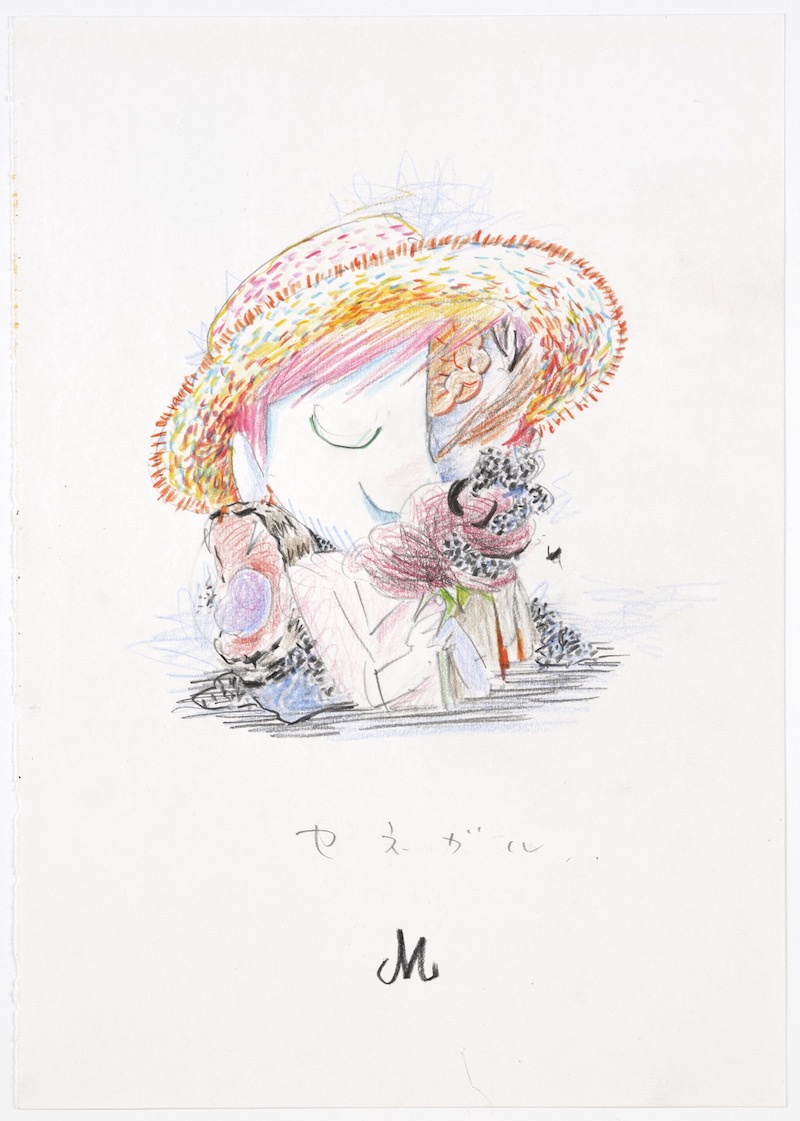 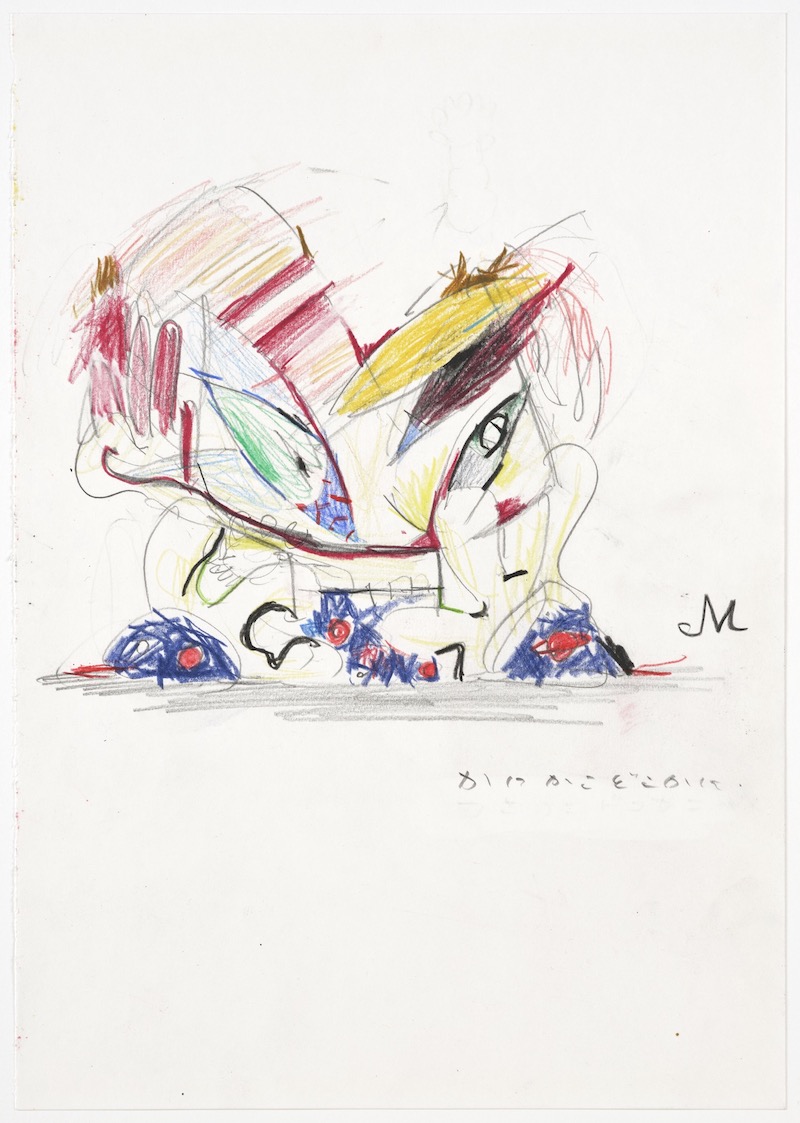 Our long-time friends over at Nanzuka Underground recently opened a new flagship space located in Tokyo’s Harajuku District, with a solo exhibition of new works by Masato Mori. Having a solo presentation with the gallery for the first time after 5 years, the artist is introducing a new body of 12 large-scale canvas paintings and 4 bronze pieces.

We're fans of figurative painting as the next guy, but there was no way we could stay indifferent to the energy of these vigorous and spirited creations by the Tokushima Prefecture-based artist. Using overly vibrant, punchy colors, along with a hyper expressive paint application that frequently evokes the aesthetics of drawing software, Mori is constructing visuals that are dissolving into abstractions and unifying into figuration all at once. The frenzy of gestures resulting in a mass of thick layers constructs complex textures through which his sources of influence come to the surface. It was the comics, videogames, and animation, that the artist copied at an early age while discovering the joys of drawing and art-making, and by keeping those elements in their original form, entangled between loose strokes and intuitive marks, he is promoting innocence and purity as the fundamental essence of his work.

Similarly, Mori's sculptures are constructed using a corresponding aesthetic and an extension of his creative approach. With drawings as the core part of the practice, the sculptures are somewhat of the final phase of his methodology which moves from the flat screen drawings towards sculptural 3D work. Starting with preliminary sketches made with the pen tab tool the artist is proceeding to build the textures and surfaces while painting. Once finished, the paintings are drawn again with pencil on paper and this image is then used as a reference for three-dimensional pieces such as ceramics and bronzes. It was the idea to facilitate interactions between the three-dimensional and two-dimensional realms through repetition and experimentation, that resulted in such diverse output that comprises graphics, painting, drawing, and 3D works.

Using such a peculiar process, Mori is nowadays creating a stylized picture diary describing his daily life in Tokushima, while paying tribute to both his childhood influences and artworld greats such as Du Buffet, Klee, Picasso, and Kandinsky. The chronicle-like sensibility of this body of work is emphasized with the sci-fi-like title of the show, Lonsdaleite Year, which simultaneously places the work in a vastly unknown space between the drawings, comics, animations, graphics, fine art, and hi-tech science. —Sasha Bogojev