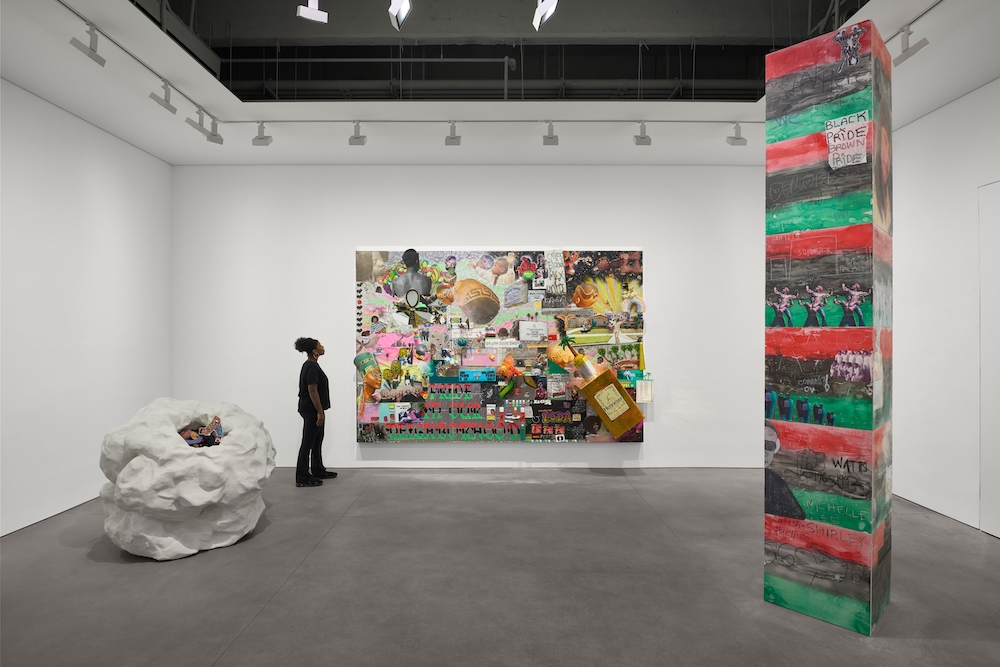 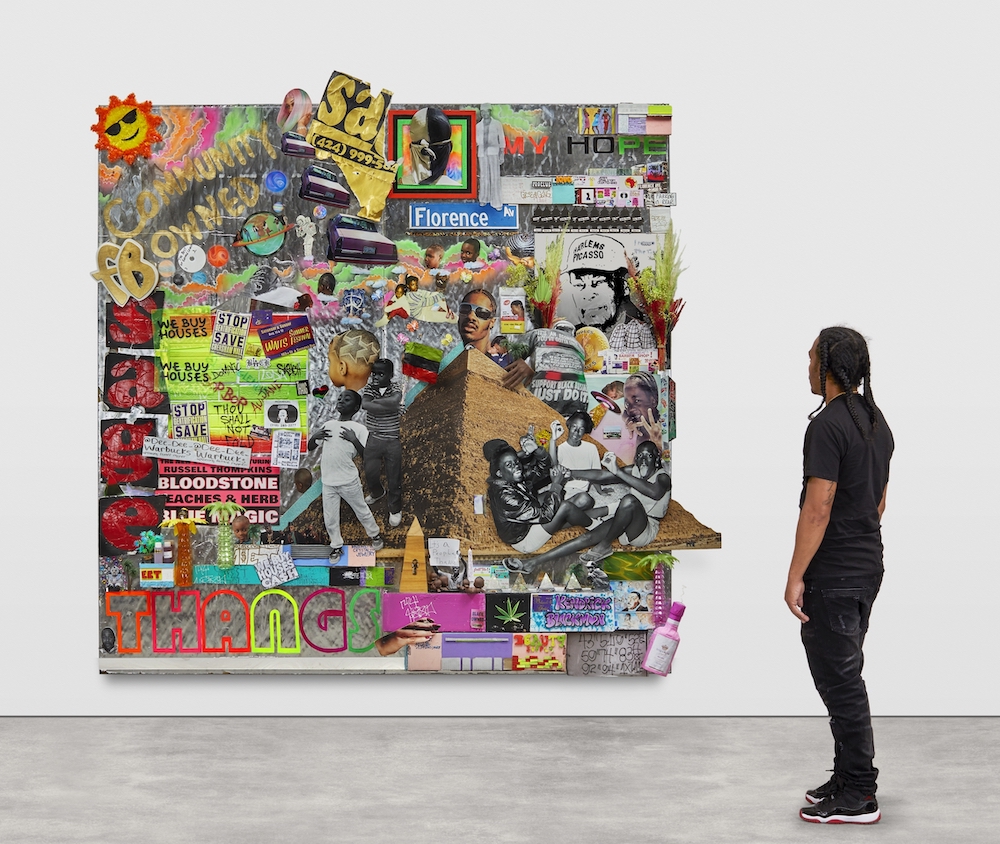 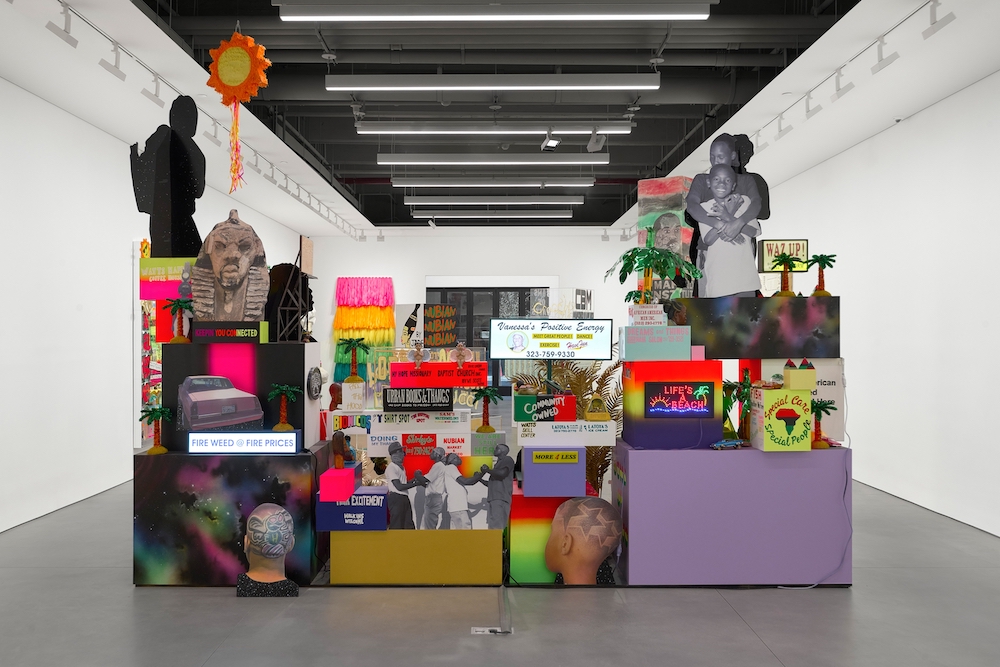 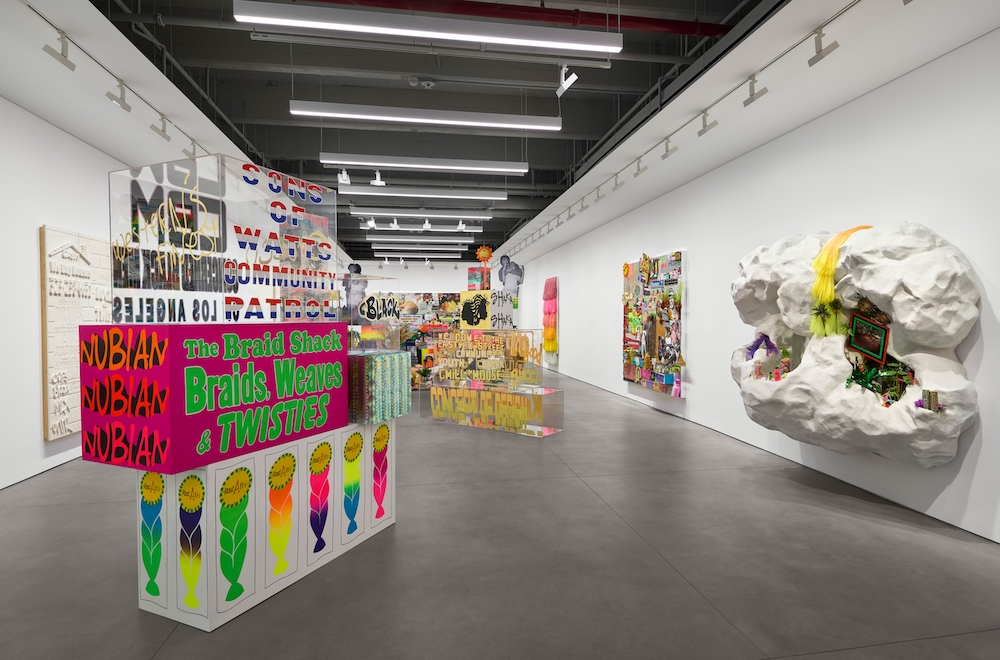 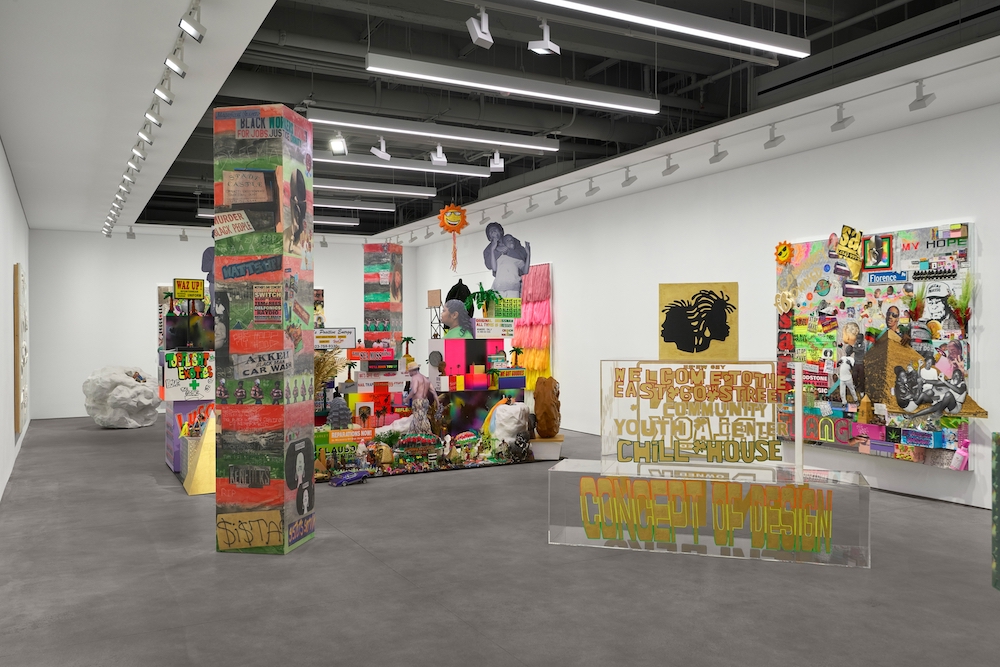 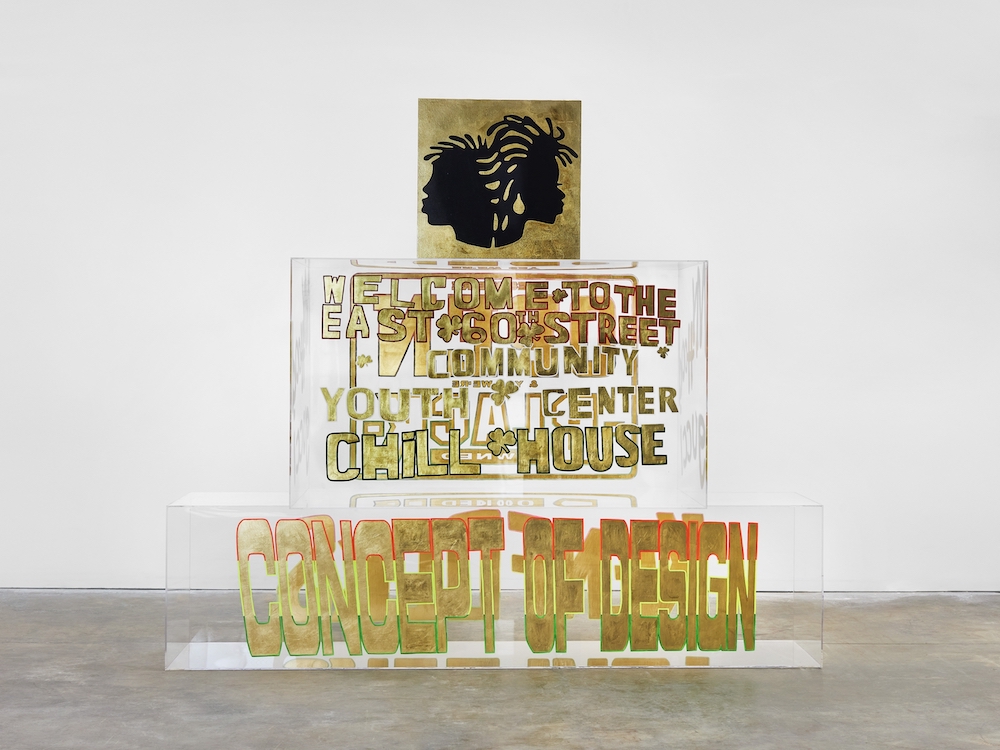 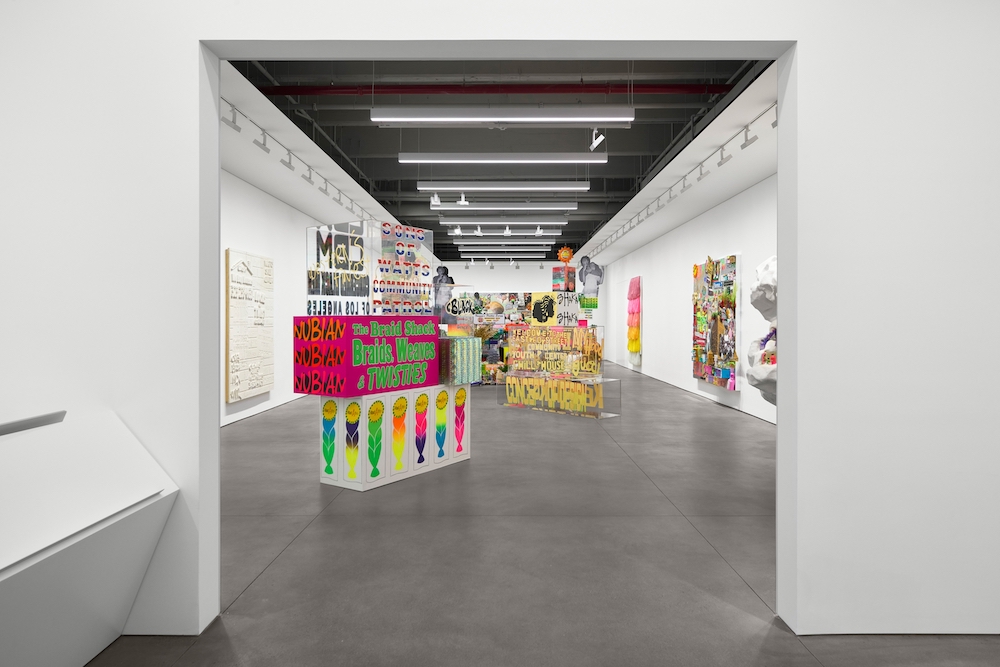 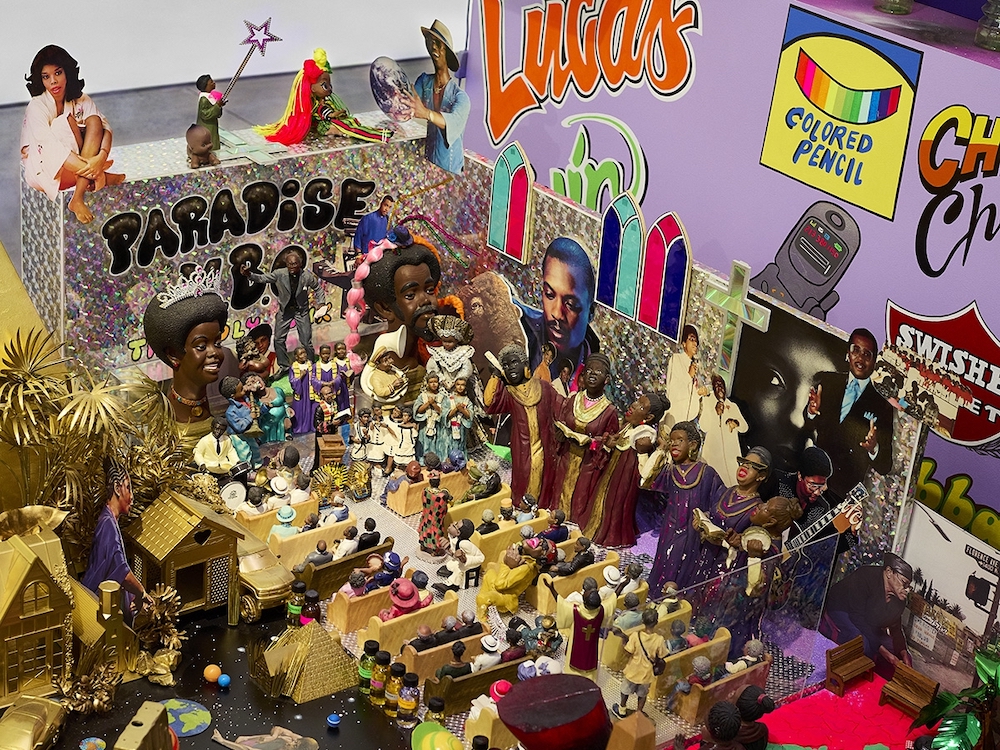 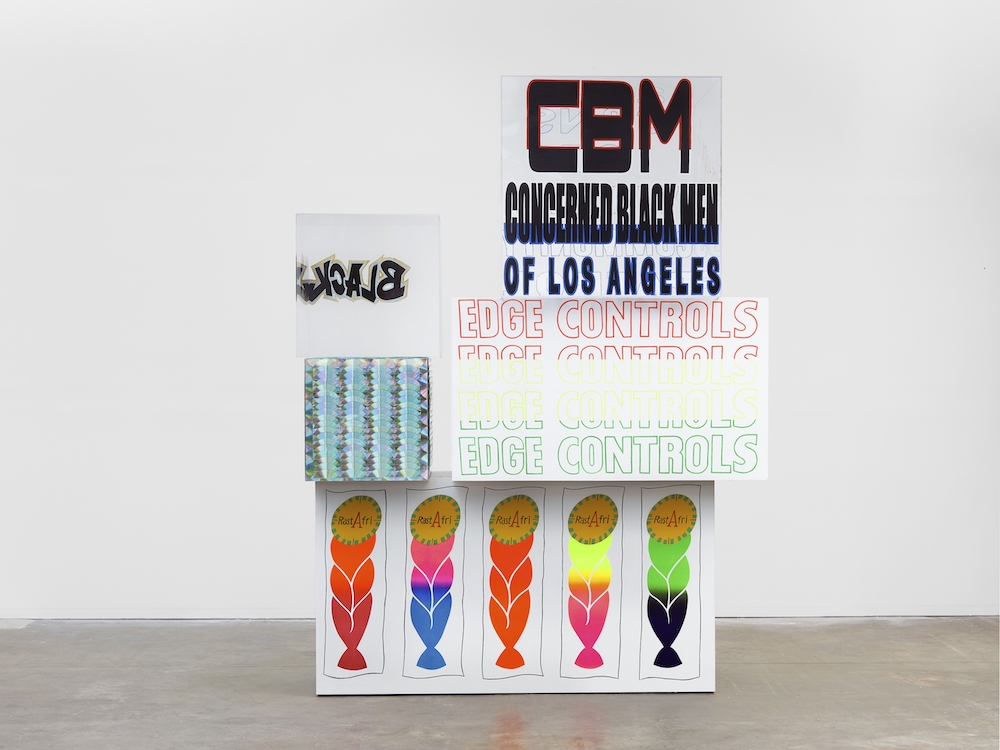 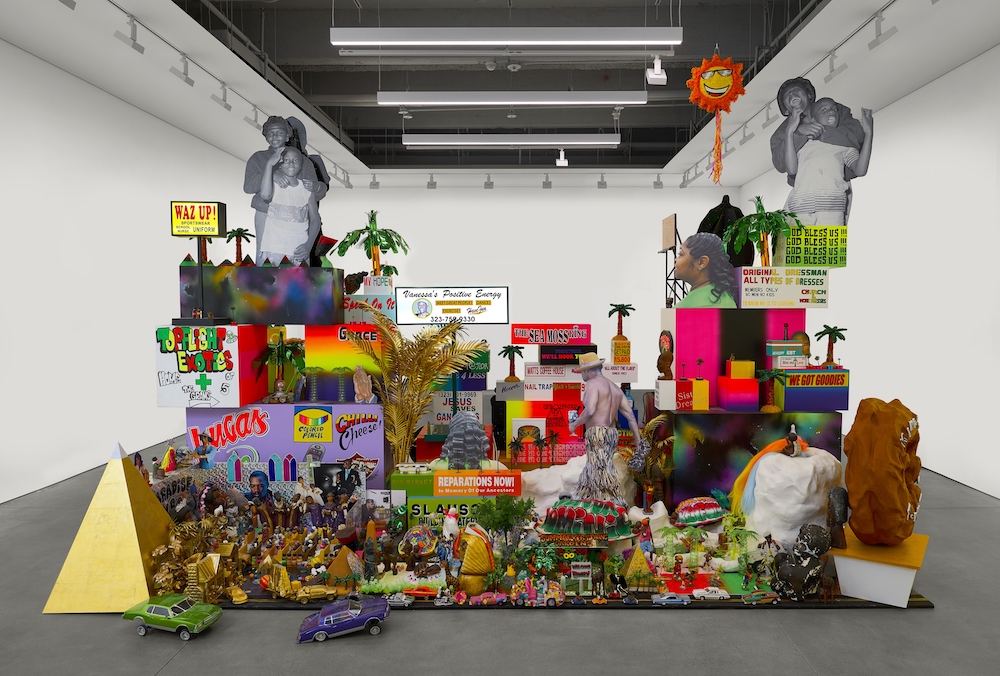 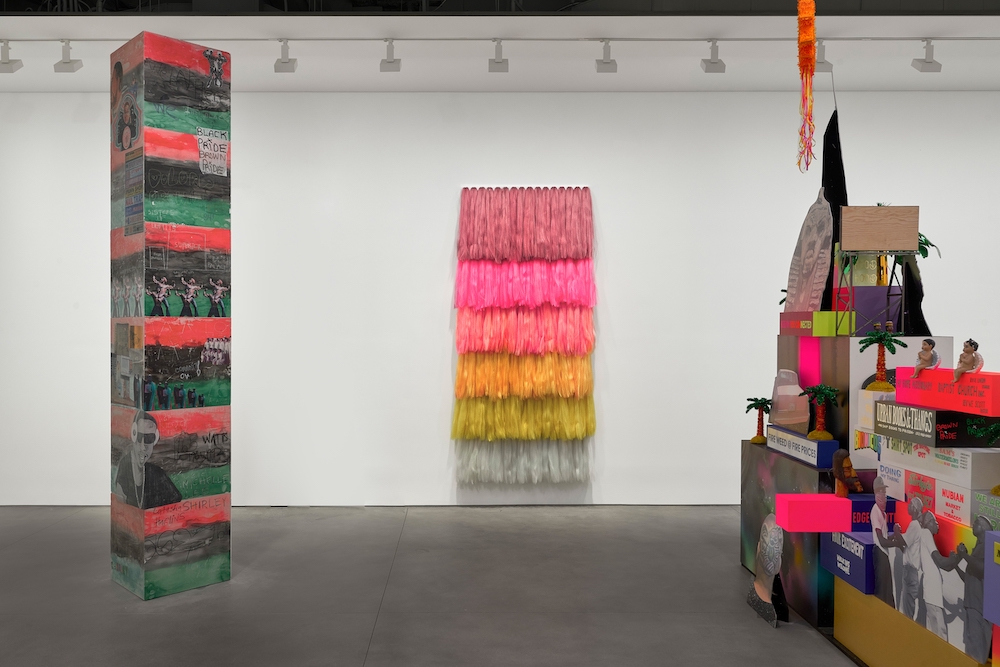 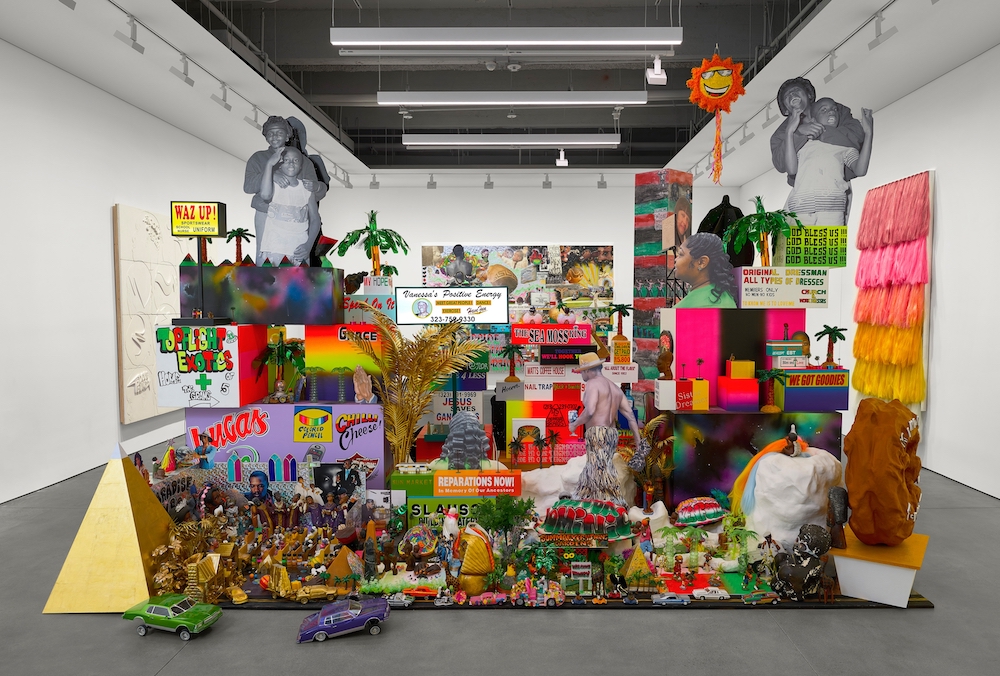 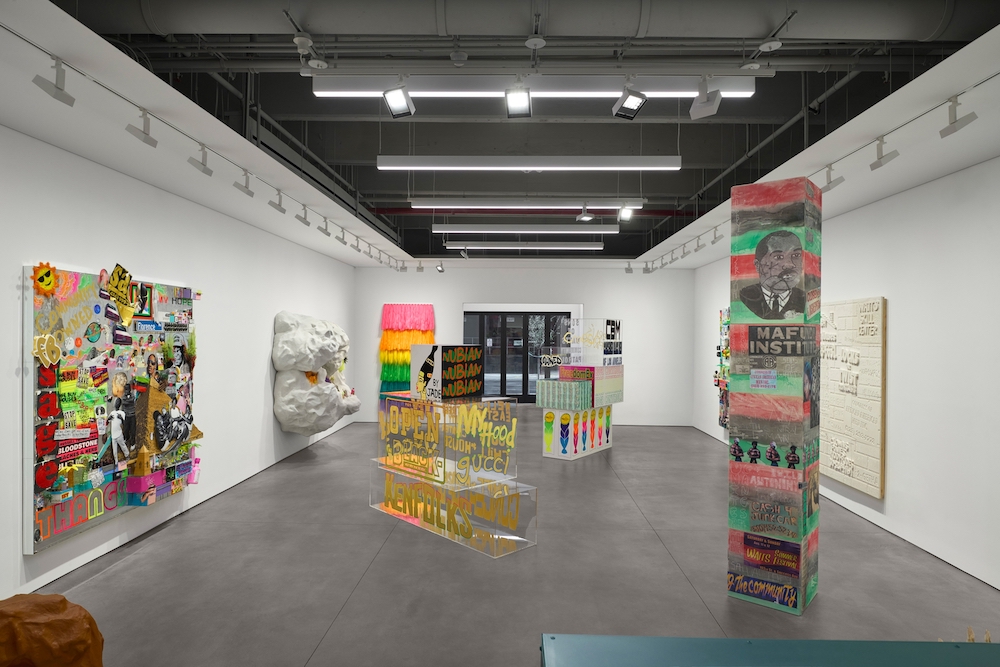 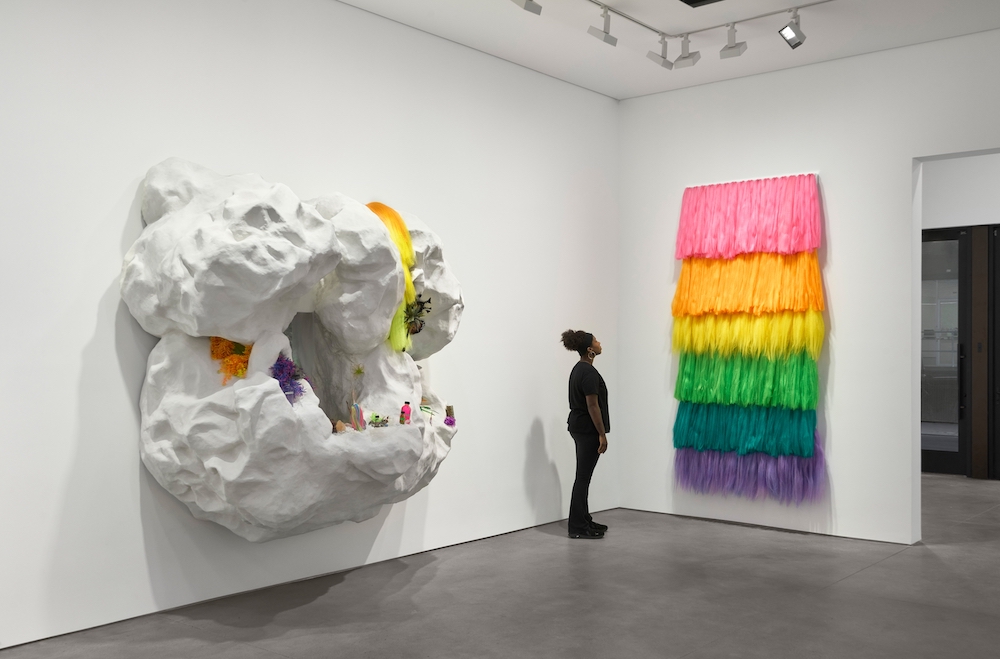 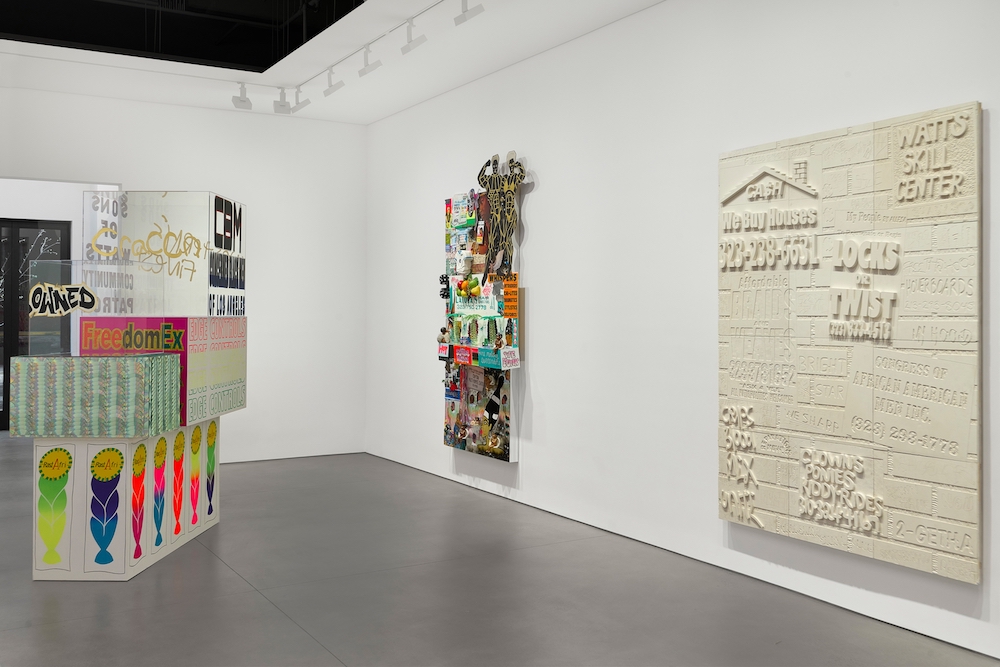 When David Kordansky announced his new NYC gallery, it seemed quite perfect for the LA galleriest to bring a bit of Southern California with me to debut. And what a debut it is. Lauren Halsey, who creates a dizzying array of installtion works, collage and almost stage-like sculptures, has made what could only be a subconscious and detailed examination of Los Angeles life. There are elements of funk, street signage, religion, sign painting, car culture, found objects that have a visual sound that is both a combination of controlled chaos and collaged bliss. All this dense imagery is juxtaposed with a clean white cube, and that dichotomy allows for the works freedom and stream of conscious approach to shine through. It's a stunning exhibition.

As the gallery notes, "In her first solo exhibition in New York at David Kordansky Gallery, Halsey tasks herself with matters of time. For Halsey, time is that element that belongs to funk, a modality that presumes land, place, home, sound, and ephemera to be traveling things. Time pressurizes and symbolizes, time instructs and erects, time—within funk—is an emancipatory organism, belonging only to get free."

Throughout the show, the totems and large-scale dioramas give contrasting senses of scale, but also a cacophony of visual languages being thrown together that are part of what make the cityscape of Los Angeles so unique. Even if this exhibition is a larger conversation of the vernaculars of South Central Los Angeles, its important that with a shift of so many galleries westward, Halsey brings the west to the east. A must-see. —Evan Pricco