Known as the Doodle King, Jon Burgerman works in New York, his street paintings in Busan and Seoul subways, as well as collaborative work with famous sporting brands are just a few reasons why many Koreans already know both names. To truly understand Jon Burgerman's artistic world, it is important to know the history and meaning of modern art, which could be traced back to ancient Greece, though it was never truly regarded as such until the end of the '60s. Energy from the vibrant colors of spray paint, the speed, and the messages portrayed by graffiti conquered New York's walls and subway stations. Unlike other art, whether formal or abstract, appreciated by only a privileged hierarchy, graffiti charmed people with purity, humor, and immediacy. Graffiti closed the distance between art and the audience and spread awareness of controversial topics like sexuality, war, and poverty, growing the movement's influence even more so. 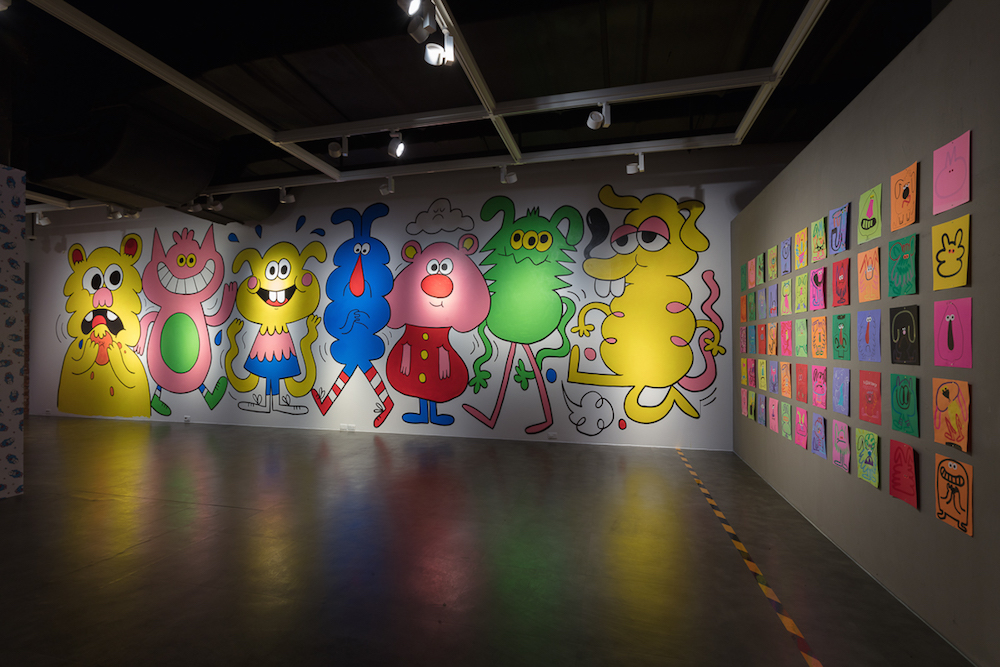 Thanks to Jean-Michel Basquiat, Keith Haring, and other cohorts, graffiti finally came to be viewed as art. Basquiat's portrayed shocking themes of a tragic life while Haring used recognizable symbols to connect with his audience through social messaging. These early street artists granted the younger generation the freedom and imagination necessary to continue the legacy, and Jon Burgerman enthusiastically leads this crowded group. 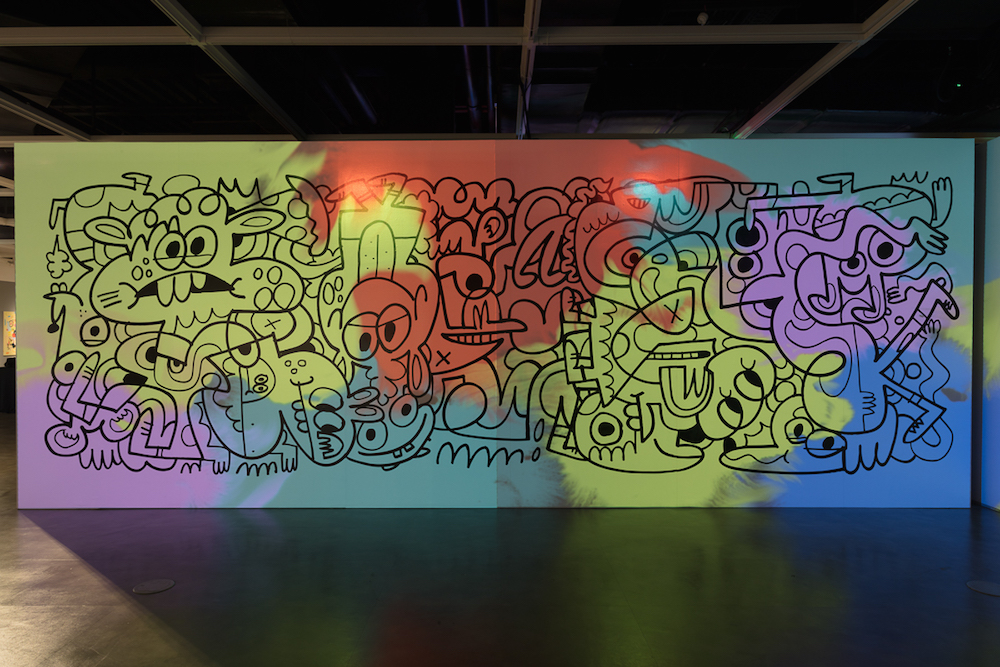 This seriously massive exhibition contains over 230 pieces, including paintings, object art, and media art. Burgerman's funny, lively, and vividly-colored artwork reflects the delightful inner world of an artist whose prime motivation is to equate art and happiness. If the process is enjoyable, it holds meaning and can be considered art. An idea without action has no meaning, and something as simple as doodling can unfetter imagination and unleash its full potential.

With the theme "anybody can be the subject of art," this unorthodox exhibition at M Contemporary features photo zones, various workshops, and educational programs further encouraging the audience to connect with art. Rather than simple spectacle, Jon Burgerman's world of art creates cultural enjoyment and connection for anybody, regardless of age, class, or gender.