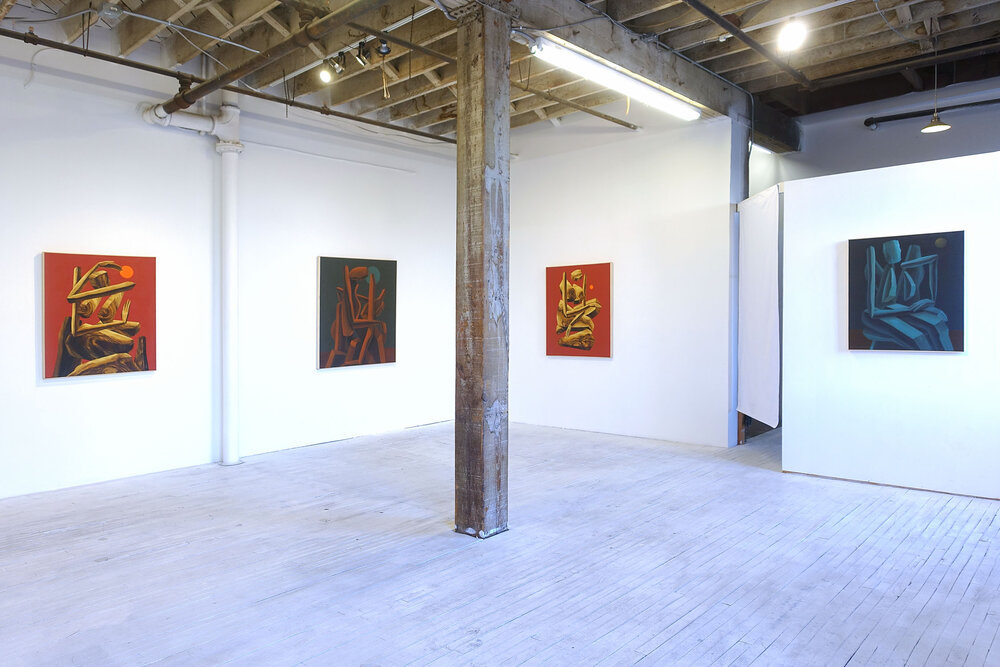 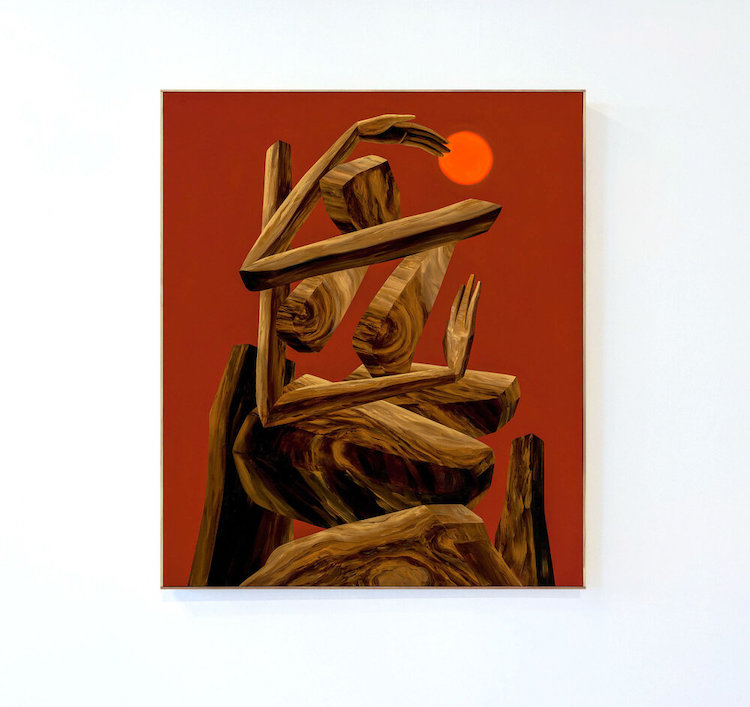 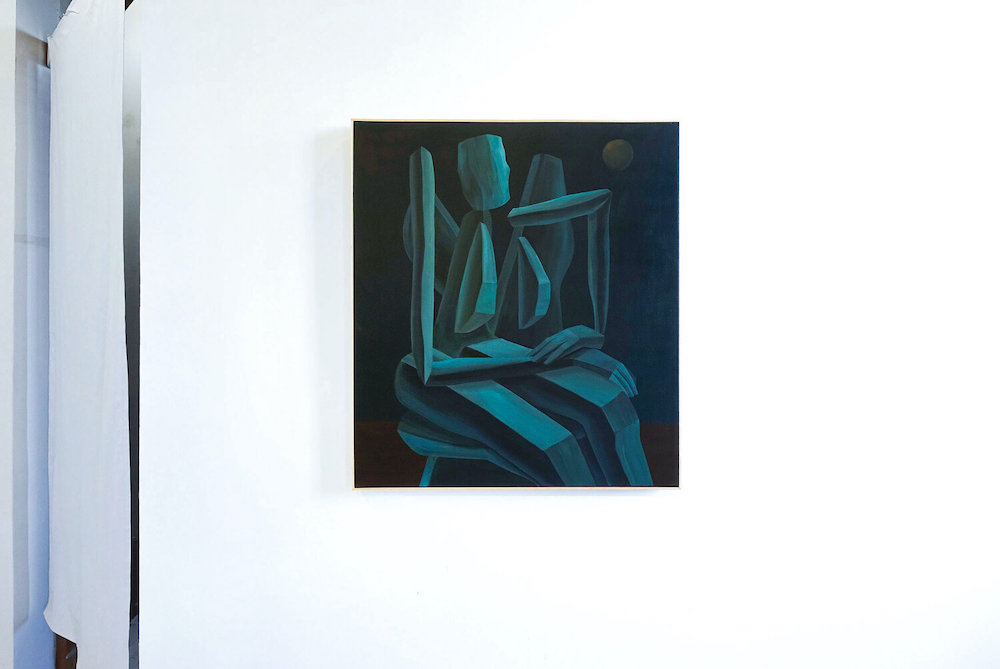 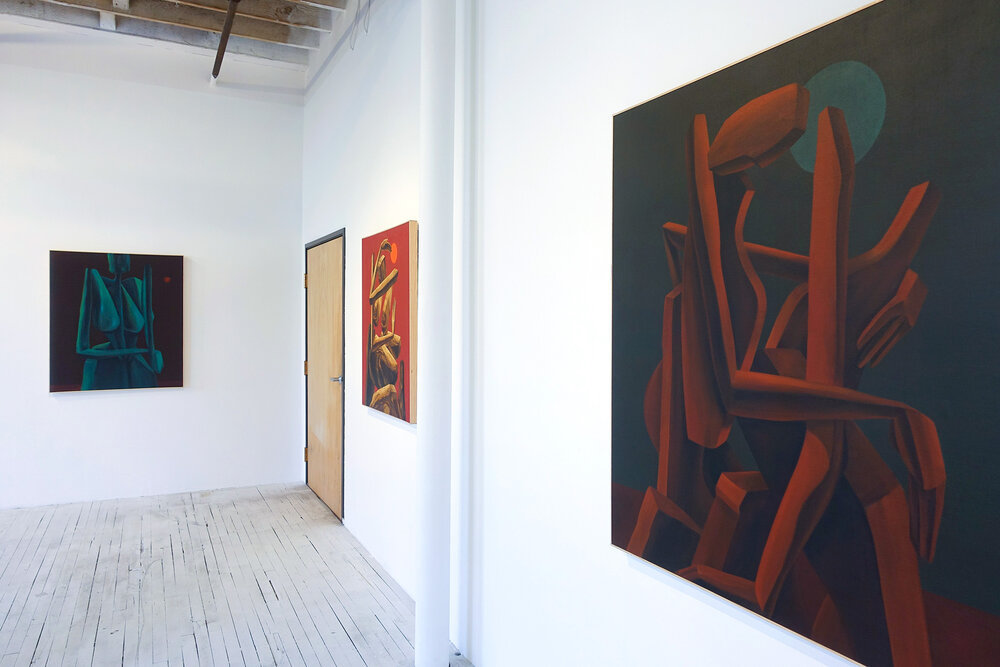 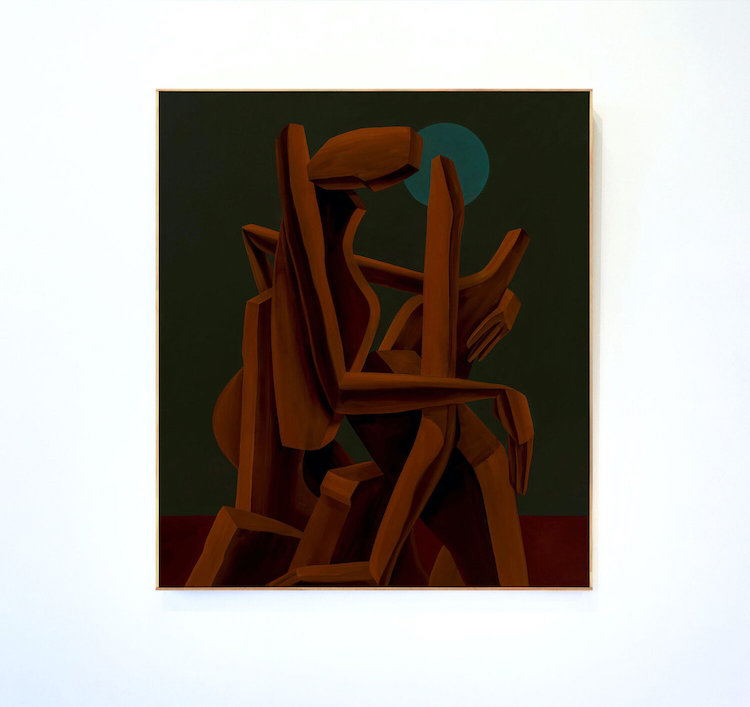 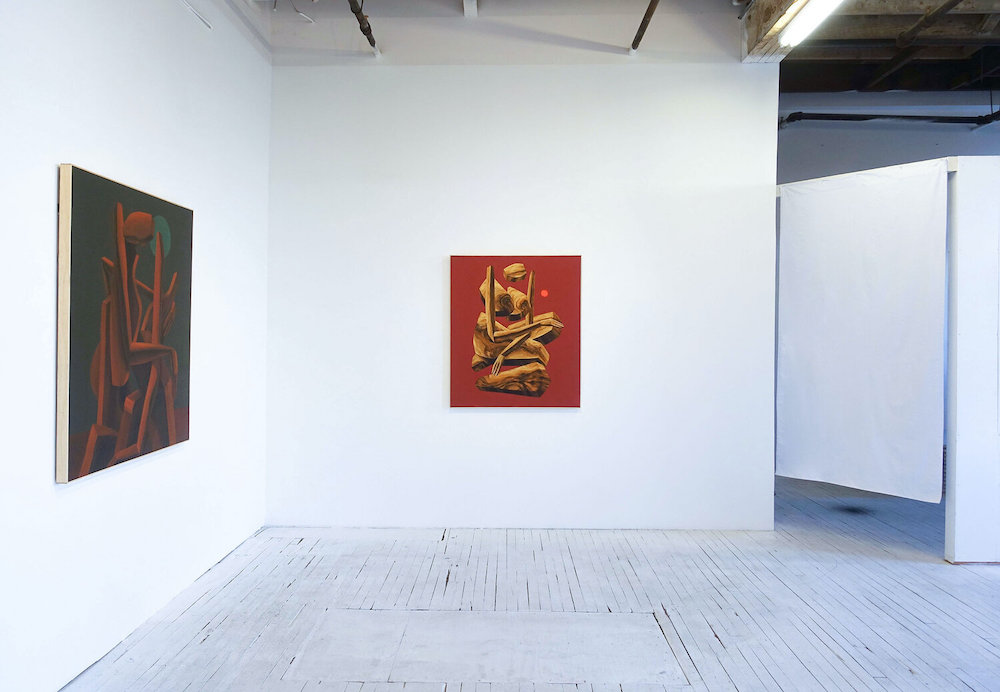 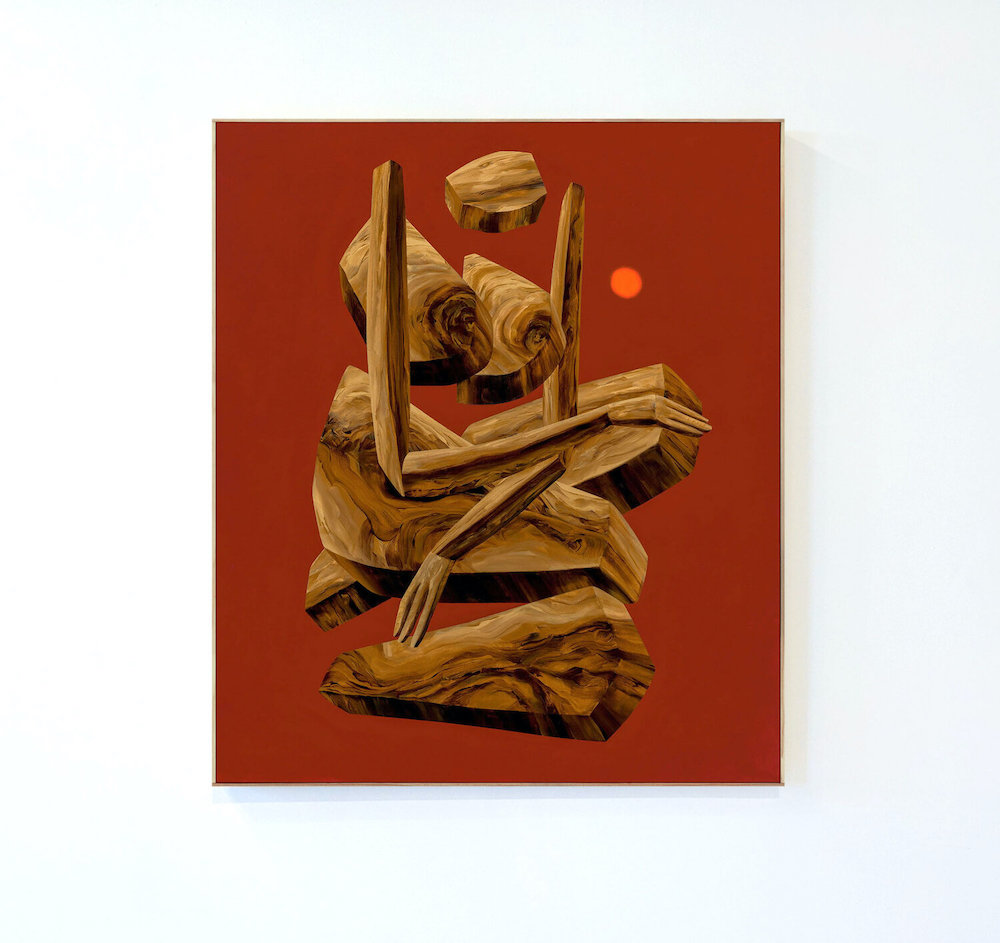 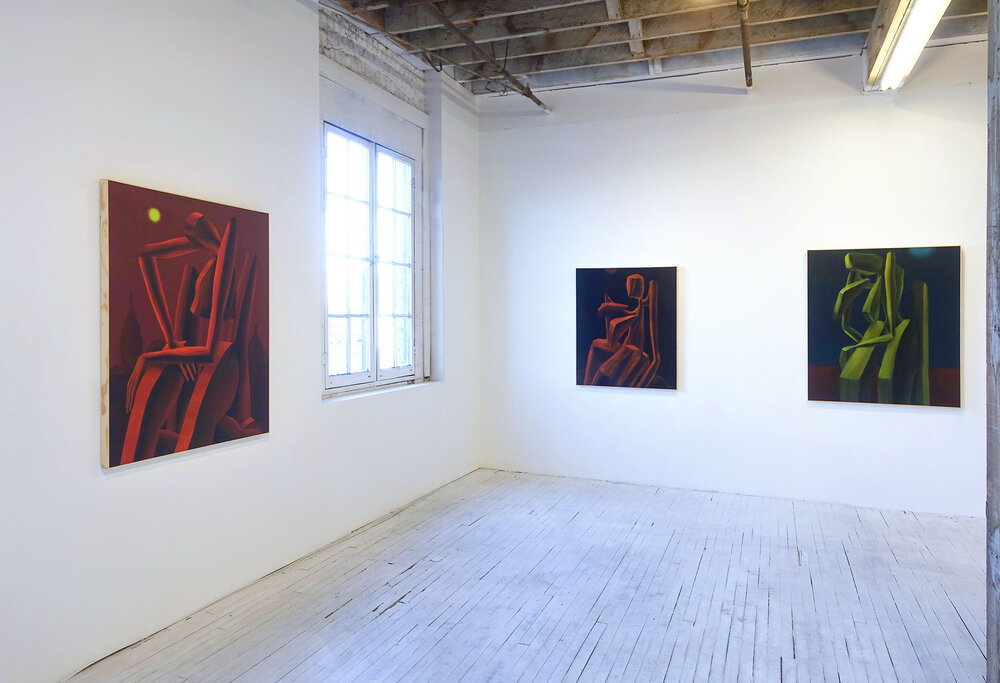 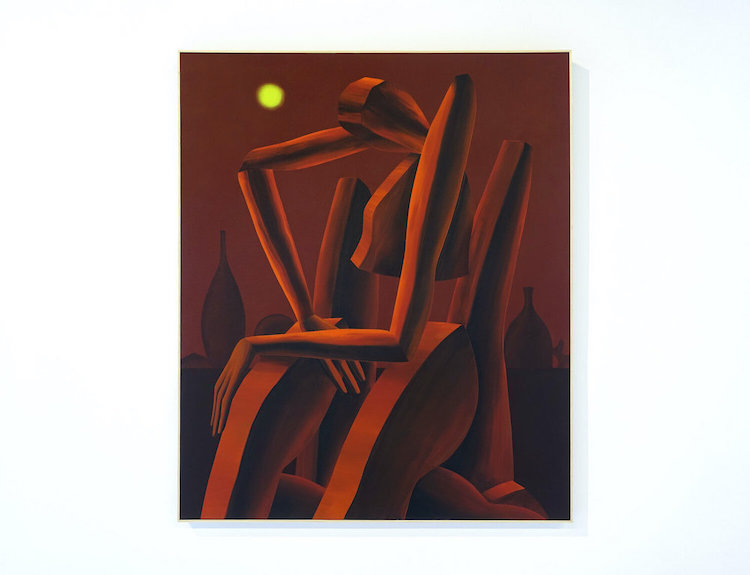 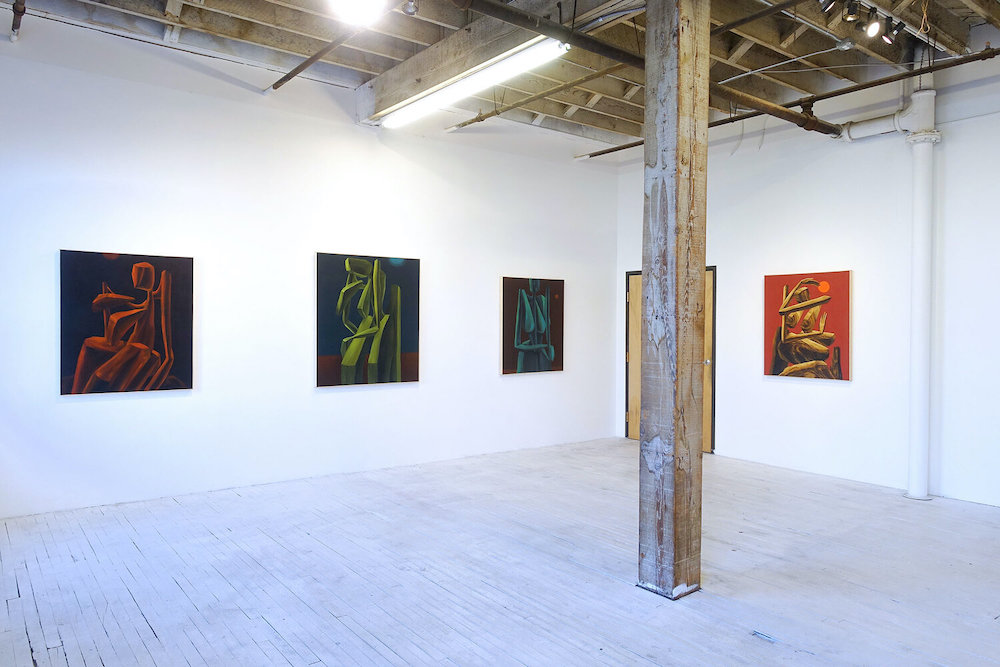 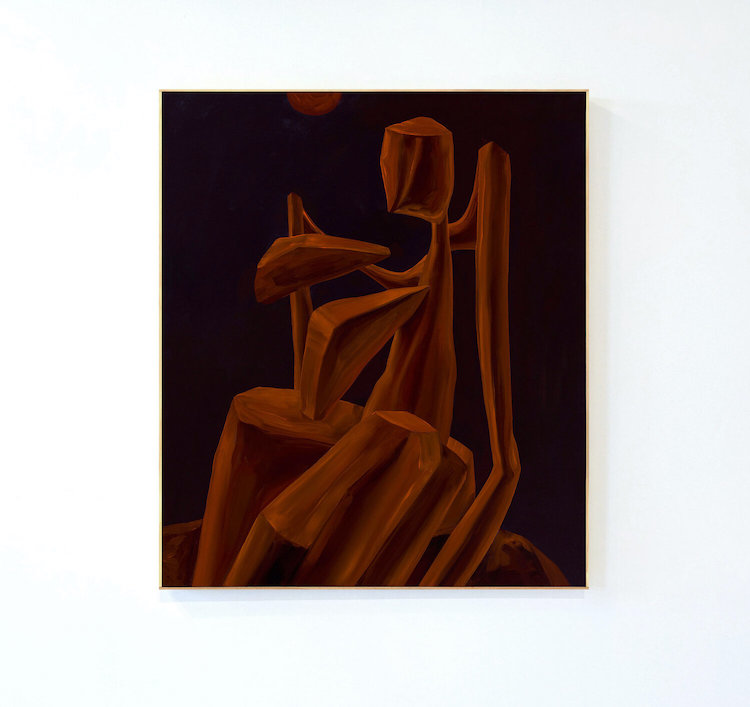 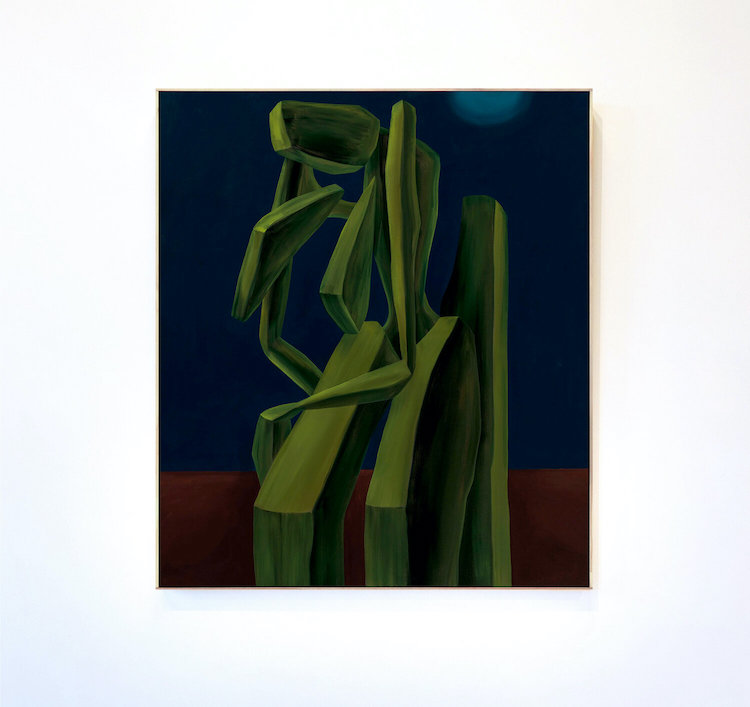 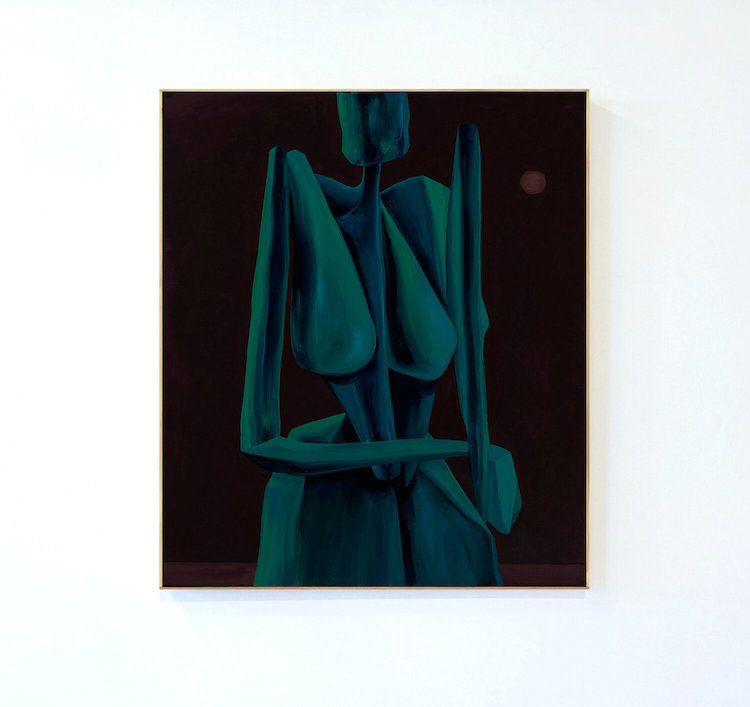 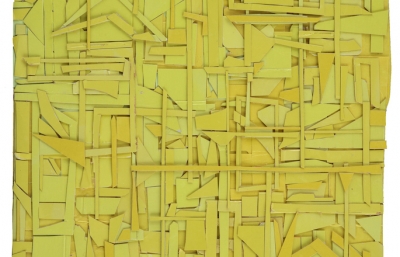 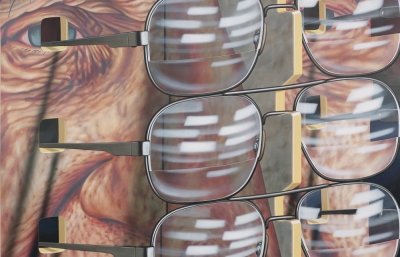 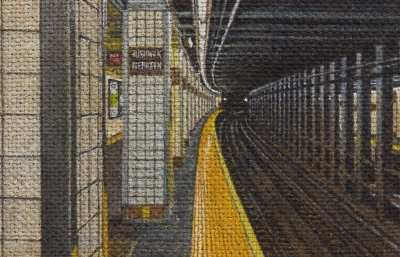 If there was ever a year to hunker down in your studio and experiment with process and presentation, we are in the midst of it. In that vein, Dave Kinsey will be presenting Strange Being, a new exhibition installed in a 3D mapped space introducing his first collective body of work in almost two years. Created through the turmoil that was 2020, the new body of work pushes his explorations of the abstracted figure-based assemblages towards more detailed and emotionally suggestive human figure forms. The show will be on view from January 14— February 26, 2021.

By shuffling some of his signature traits that we have grown accustomed to for nearly 3 decades, Kinsey created a homogenous body of work that is captures a sense of melancholy of our present-day reality. Continuously focused on the human figure as the central subject of his work, the new series of paintings is more suggestive in that sense than anything we've seen from the artist in recent years. Working almost exclusively with the female body, the artist is removing any other attributes that could suggest a certain group of the population, allowing his ambiguous muses to speak the universal language.

"The use of the female figure is a way for me to convey emotionalism," Kinsey told Juxtapoz about the symbolism behind the work. "To me, the smooth fluid shapes seen within the female form evoke a kind of sentimentality. I feel the male figure tends to be more visually robust, which lends itself to a different kind of expression."

In Strange Being, Kinsey evokes the struggle of internalizing so much of the past year (pandemic, wildfires on the West Coast, social change) by balancing a surreal abstraction that becomes seemingly real. Such intense and constant emotional scenery is wrapped in the color palette and light setting in which darkened hues and the absence of light helps to exemplify a feeling of melancholy and present the mood in a more pensive manner. "All of these paintings culminate as a statement of the past year—the multiplicity of challenges we've all had to endure," Kinsey says.

Inspired by the beauty of untouched nature and the fragile balance that conditions it's prosperity, Kinsey regularly works with surfaces that reminisce of stone, wood grains, or other natural elements. In that regard, he places his muses into a blank space in which simple blocks of color suggest perspective, and a moon/sun symbol further defines the setting as the open outdoors. "The sun represents life or liveliness and the moon is a metaphor for resting," the artist explains the use of celestial objects in his work. "They are equally important and relevant in each work, like a yin and yang. I use them according to how each one fits within a certain setting."  Kinsey's connection and sensitivity about the nature surrounding his home come evident in pieces that are featuring bright burned red-orange which evoke the skies over California, Oregon, and Washington during this past year's wildfires. —Sasha Bogojev