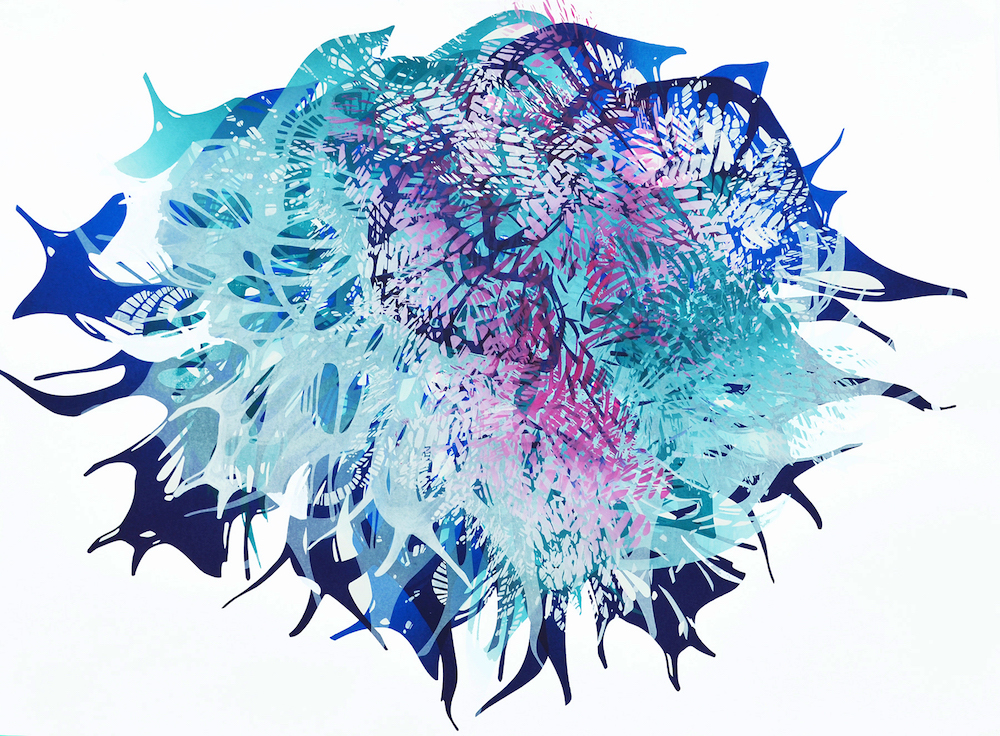 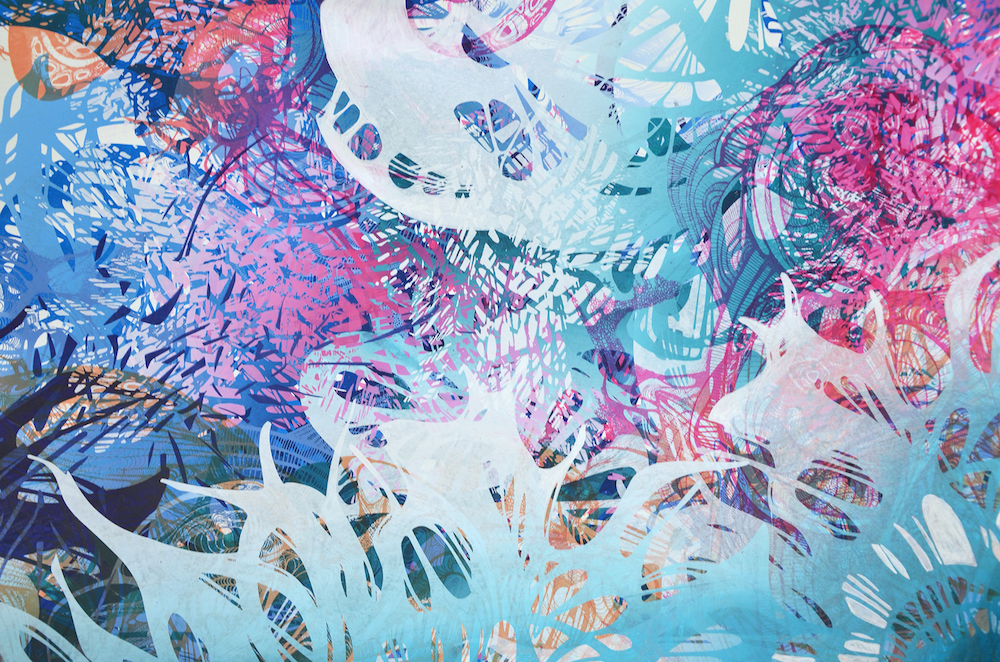 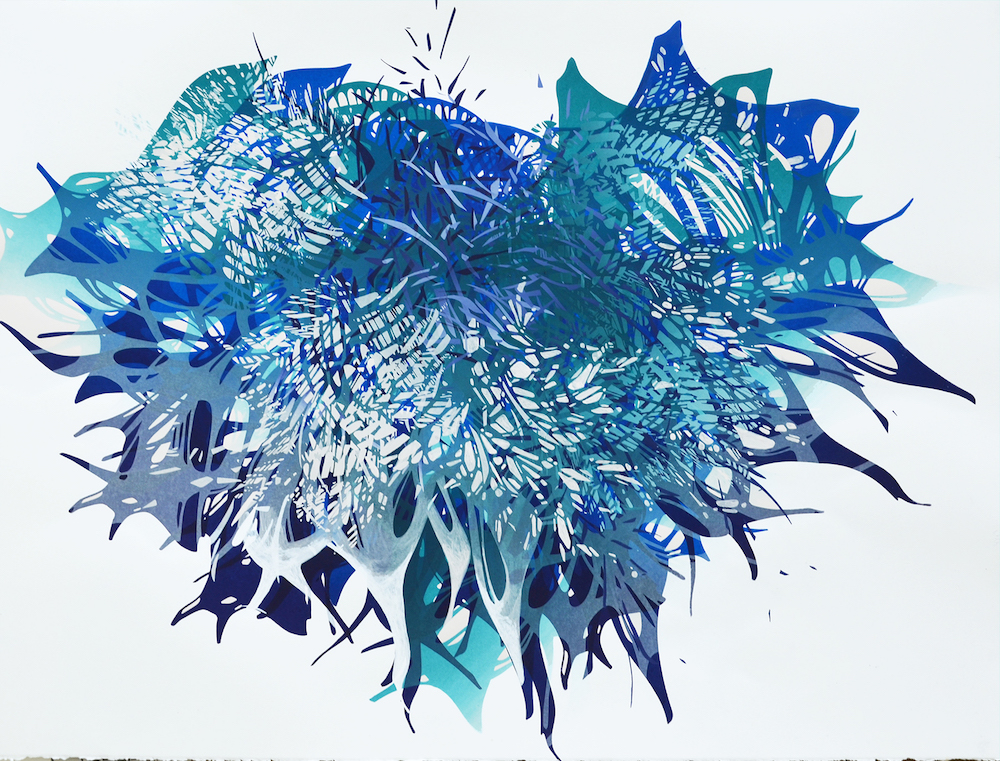 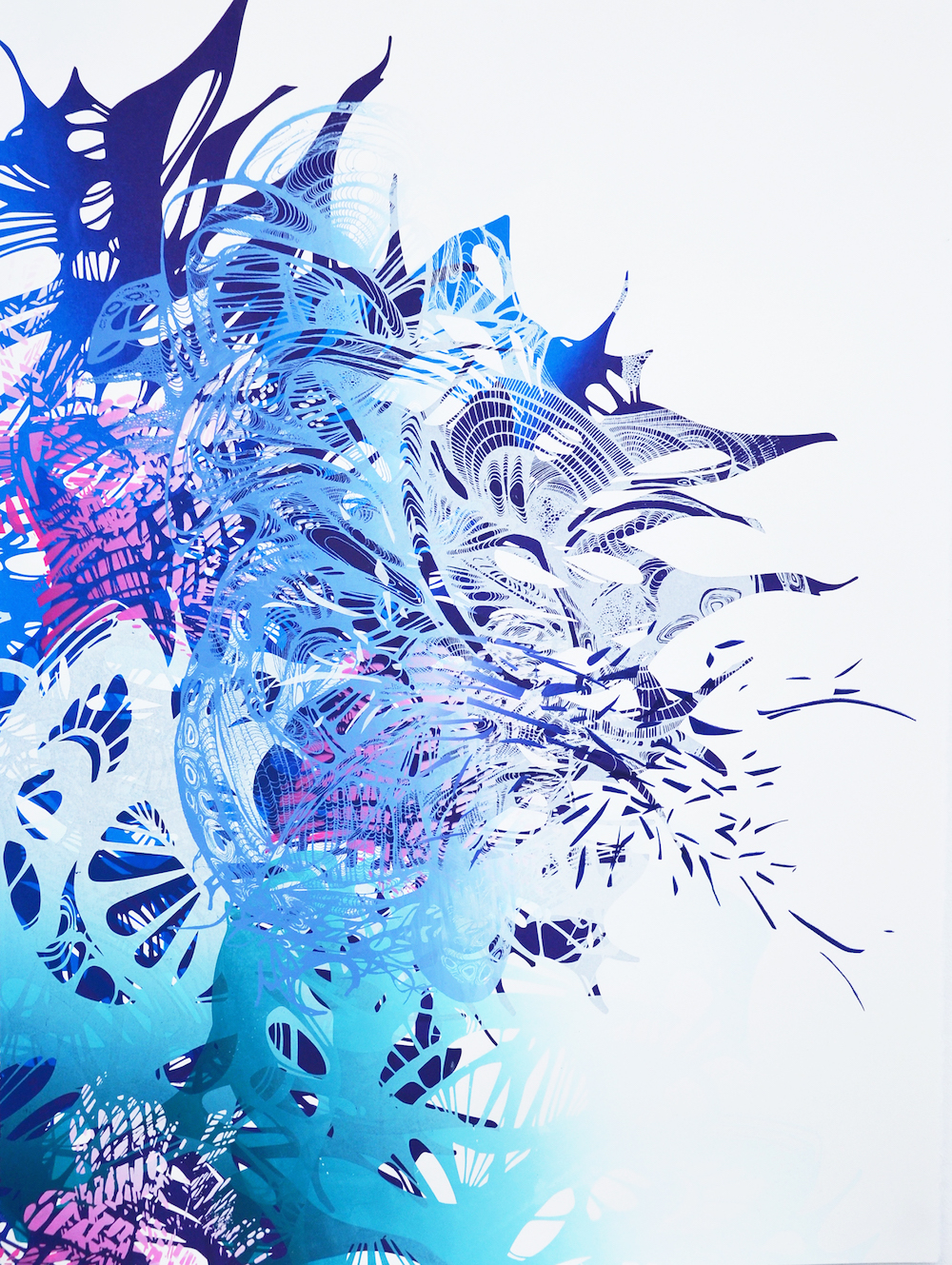 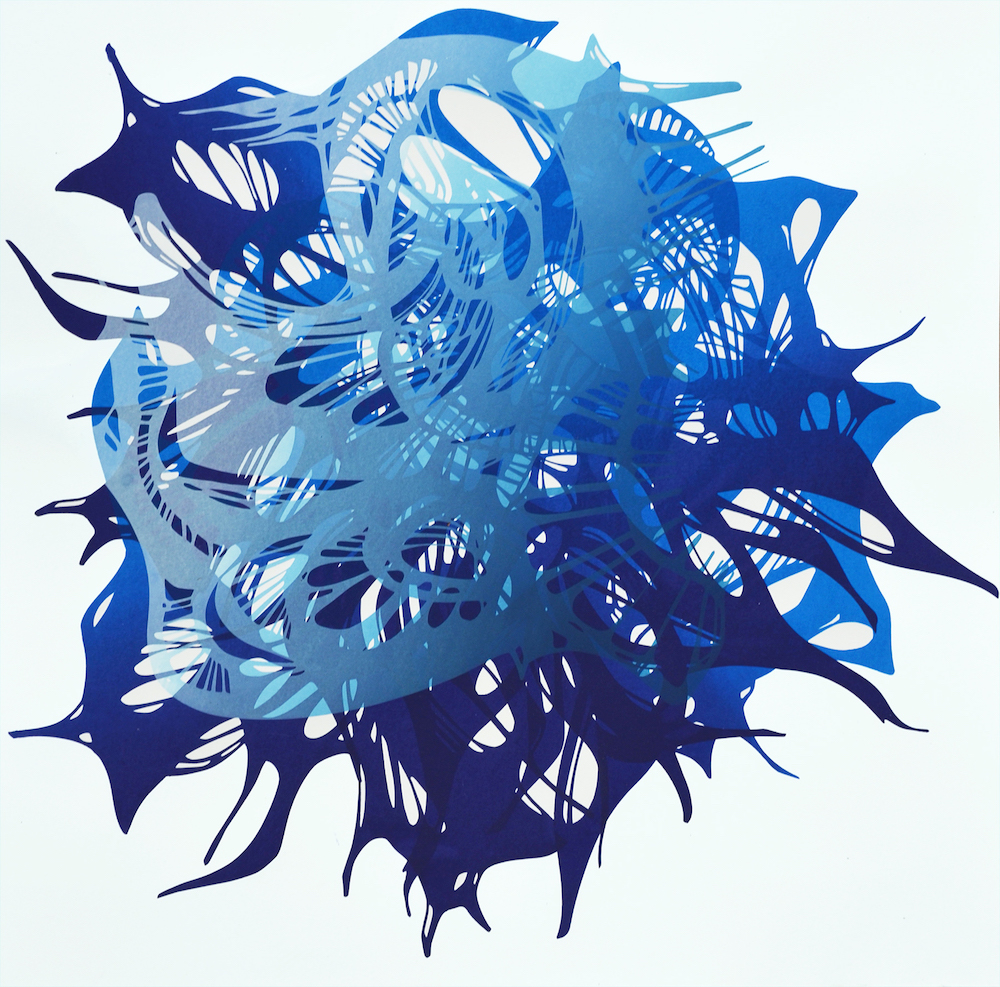 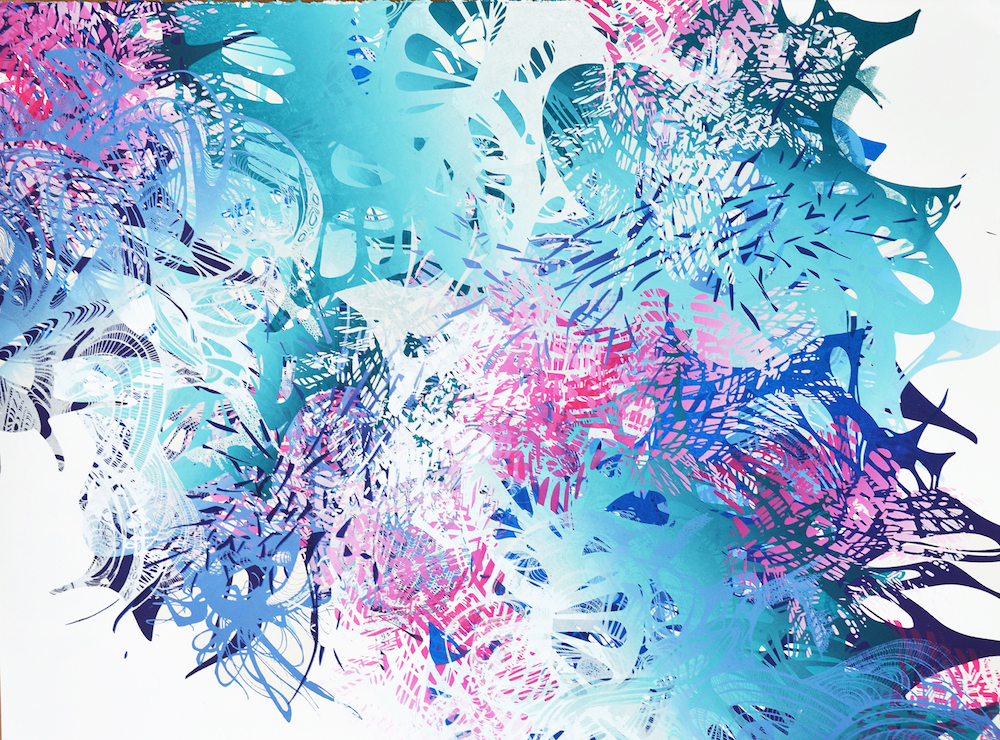 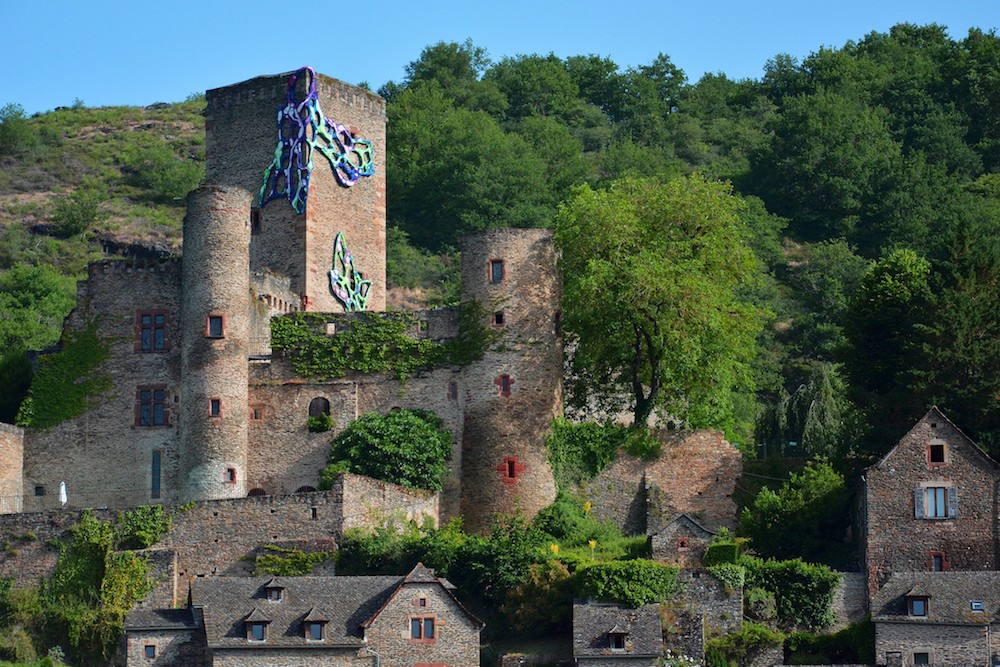 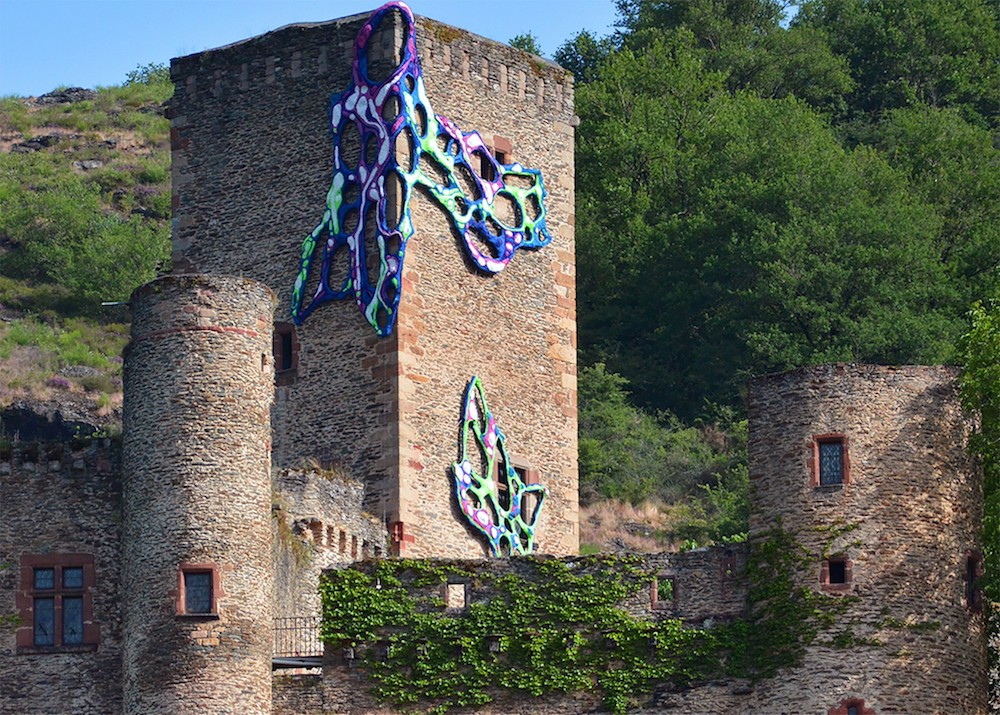 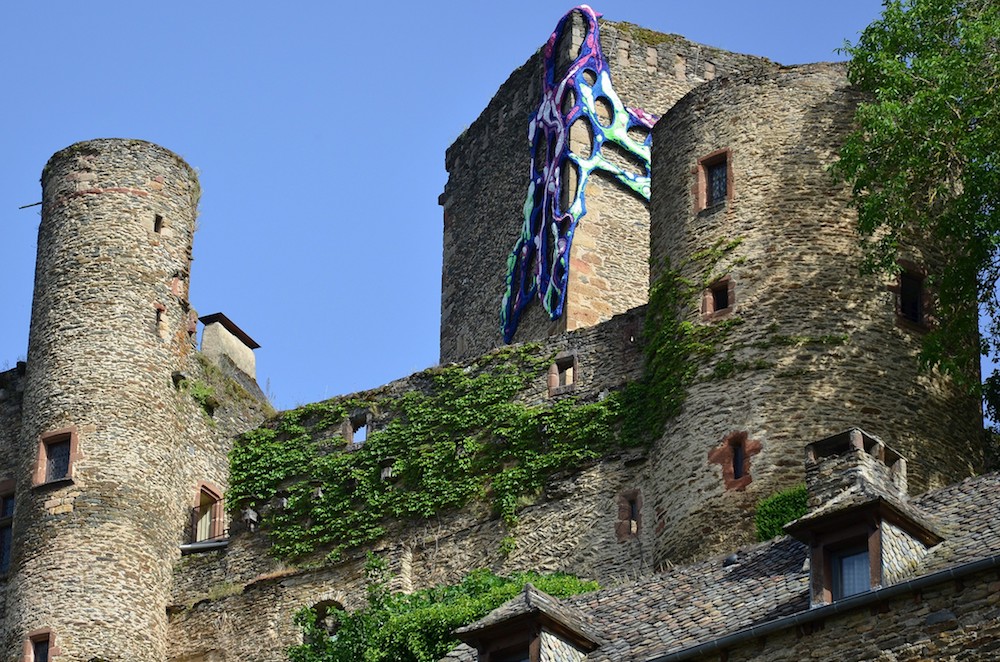 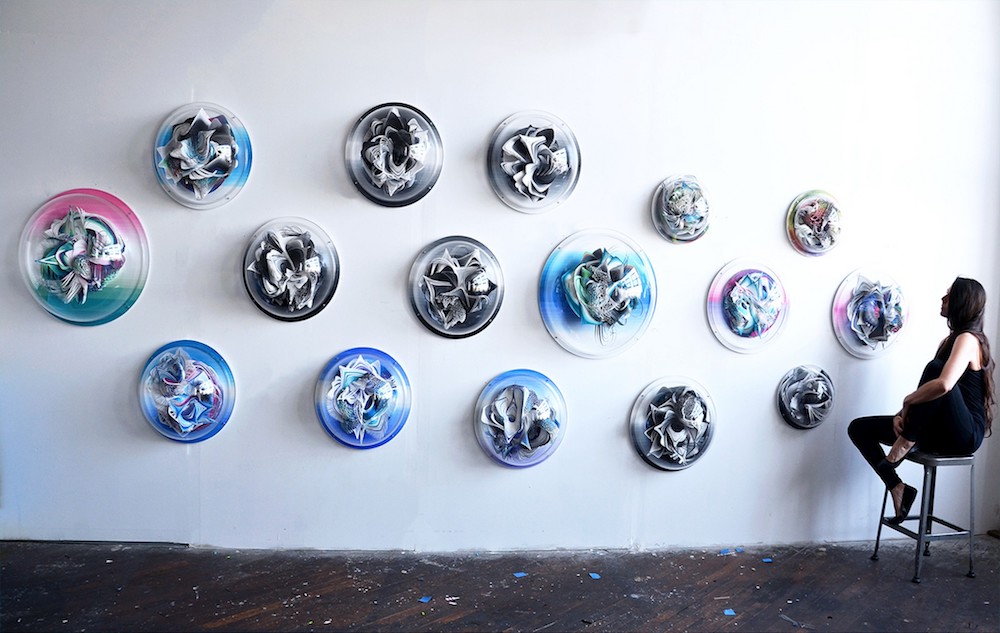 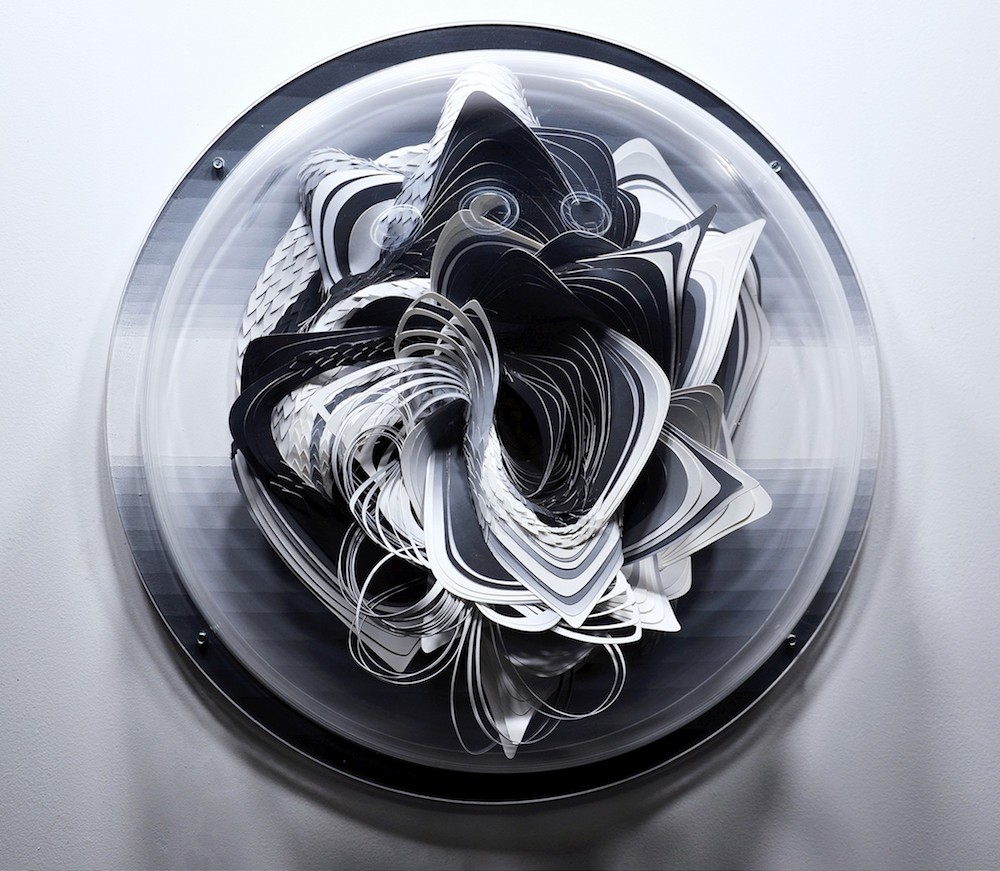 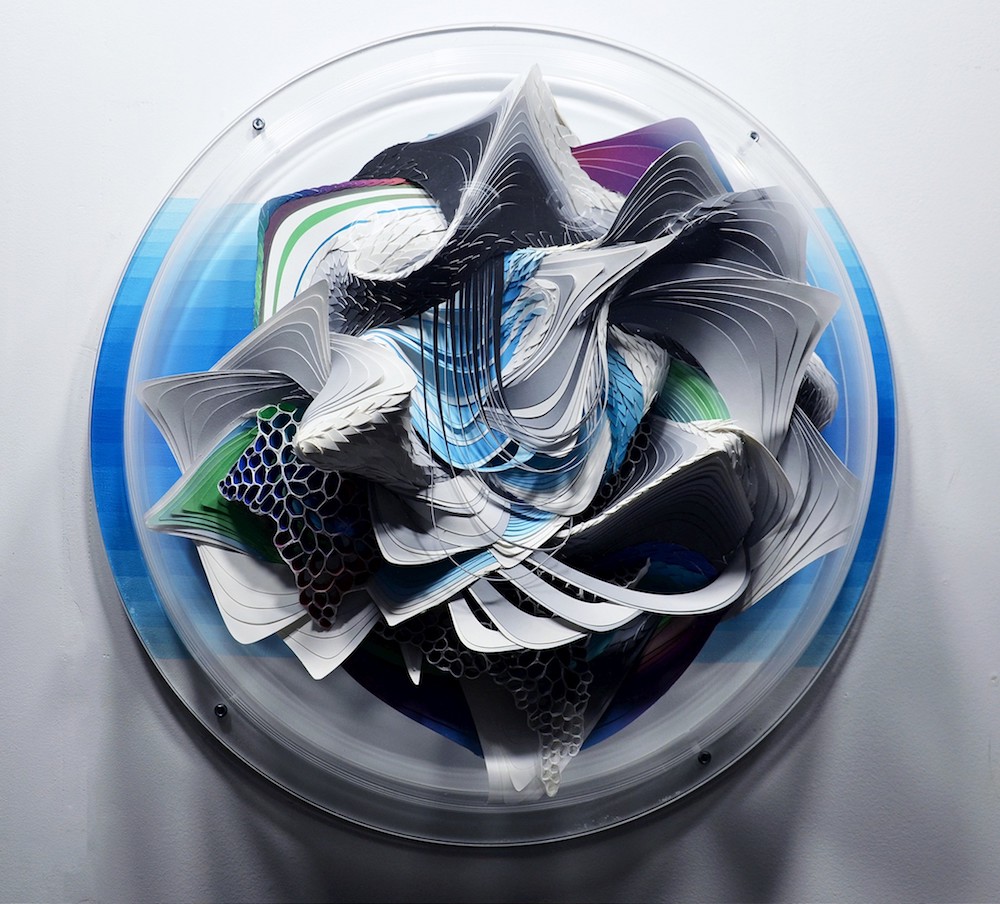 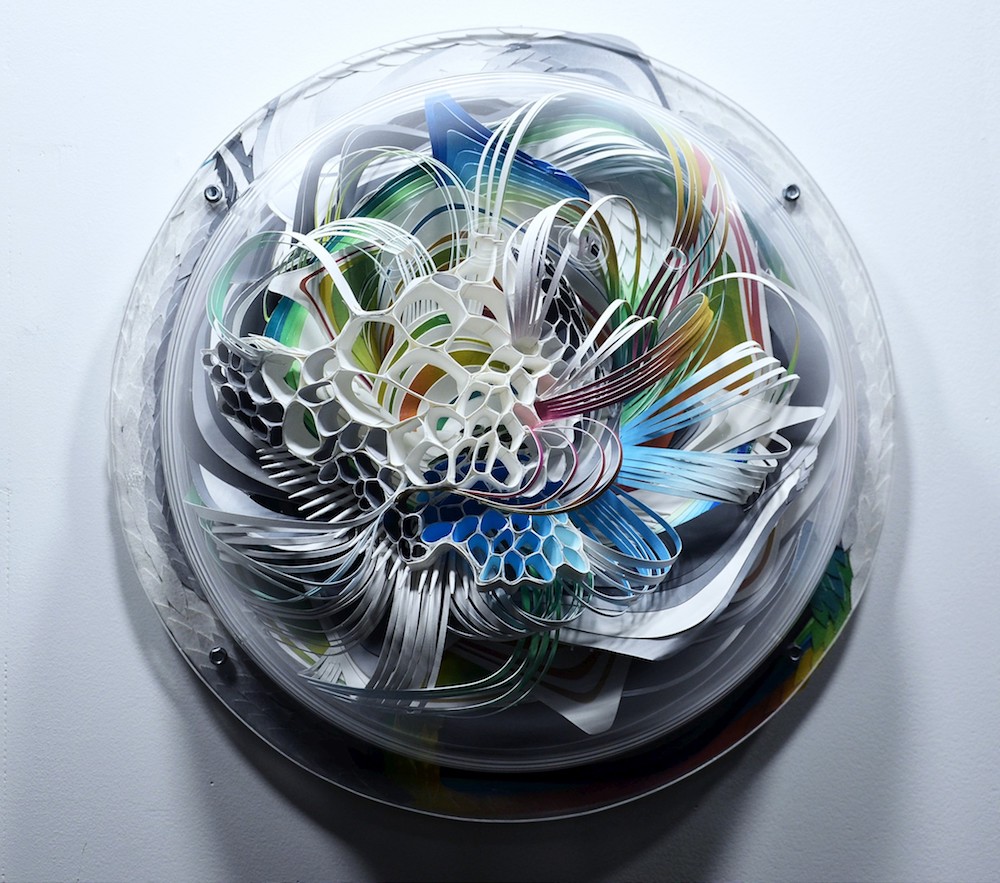 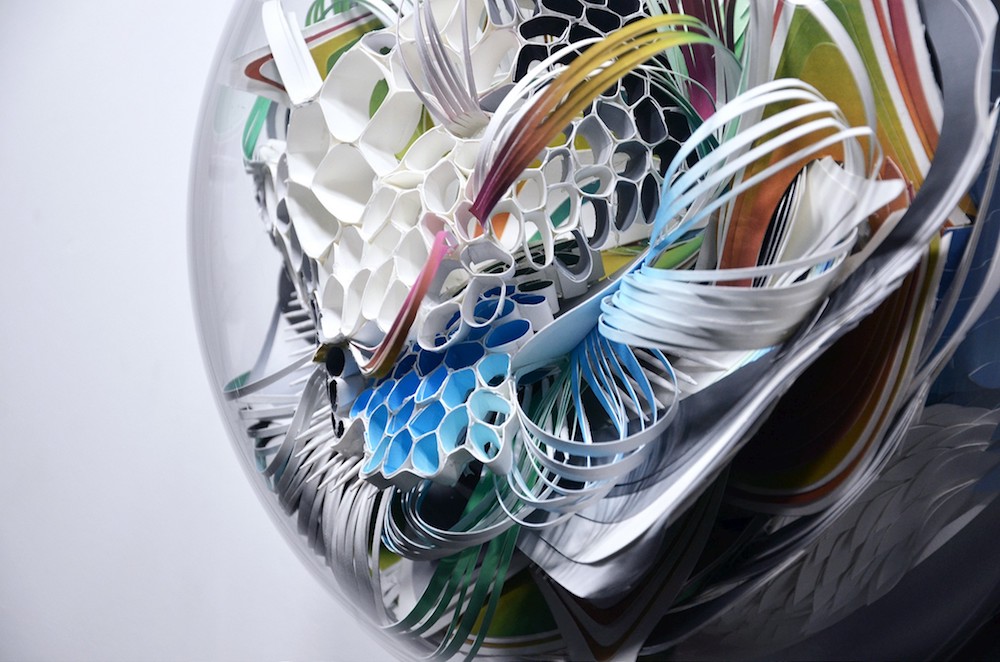 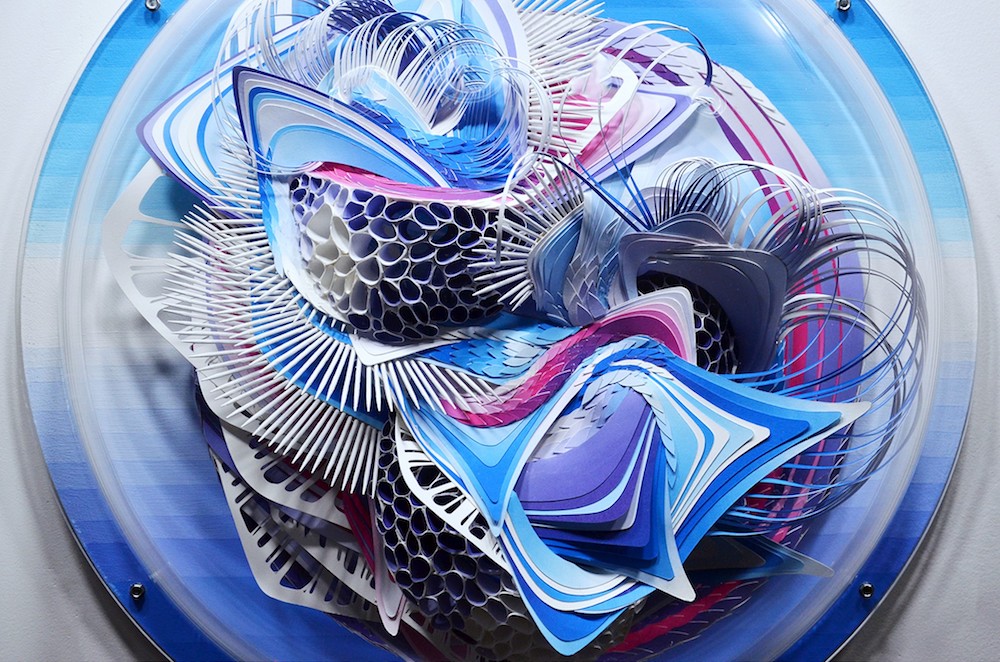 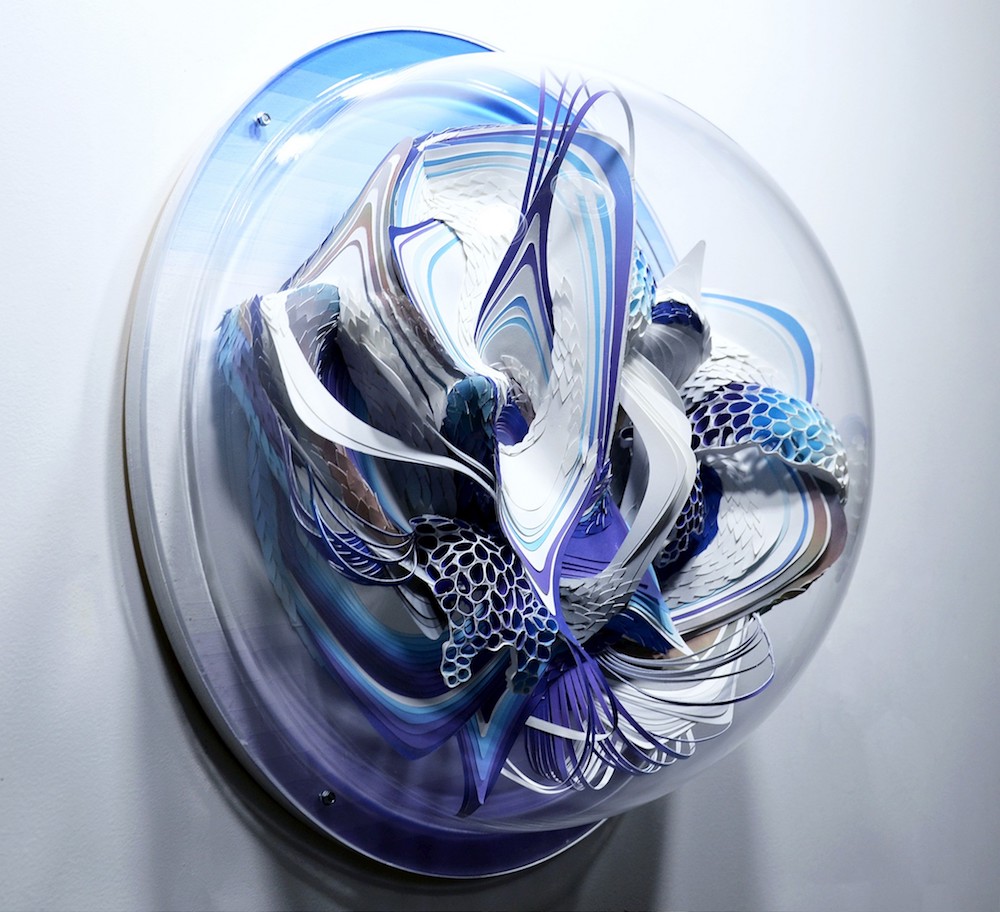 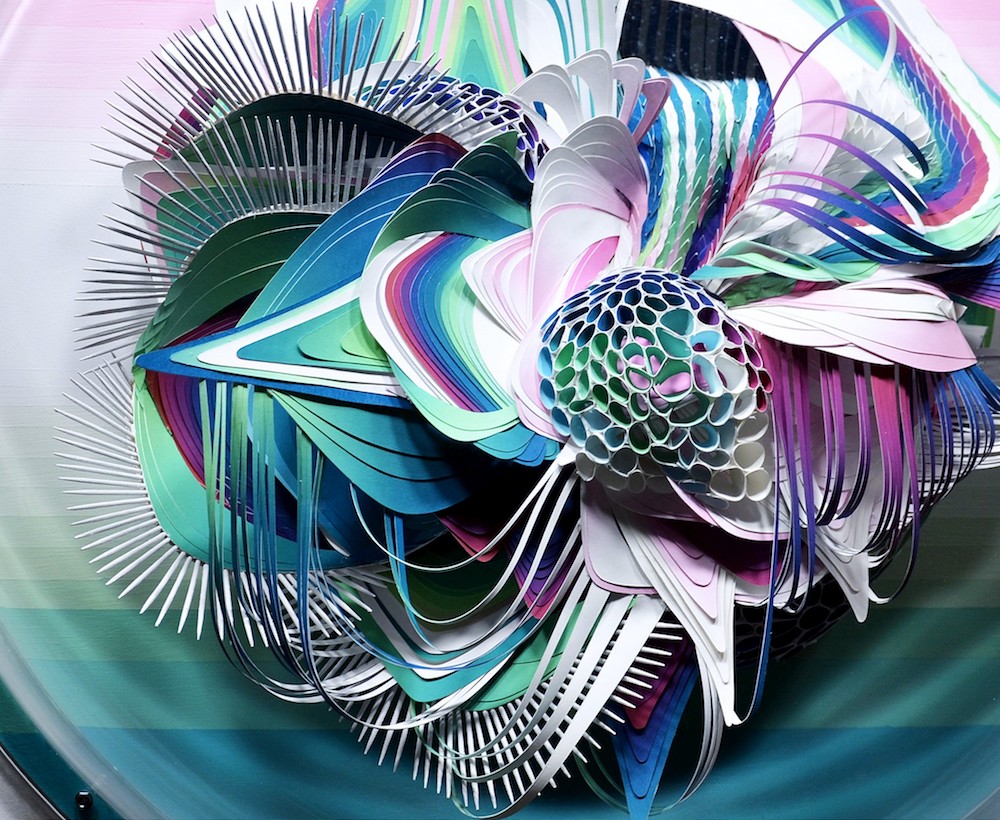 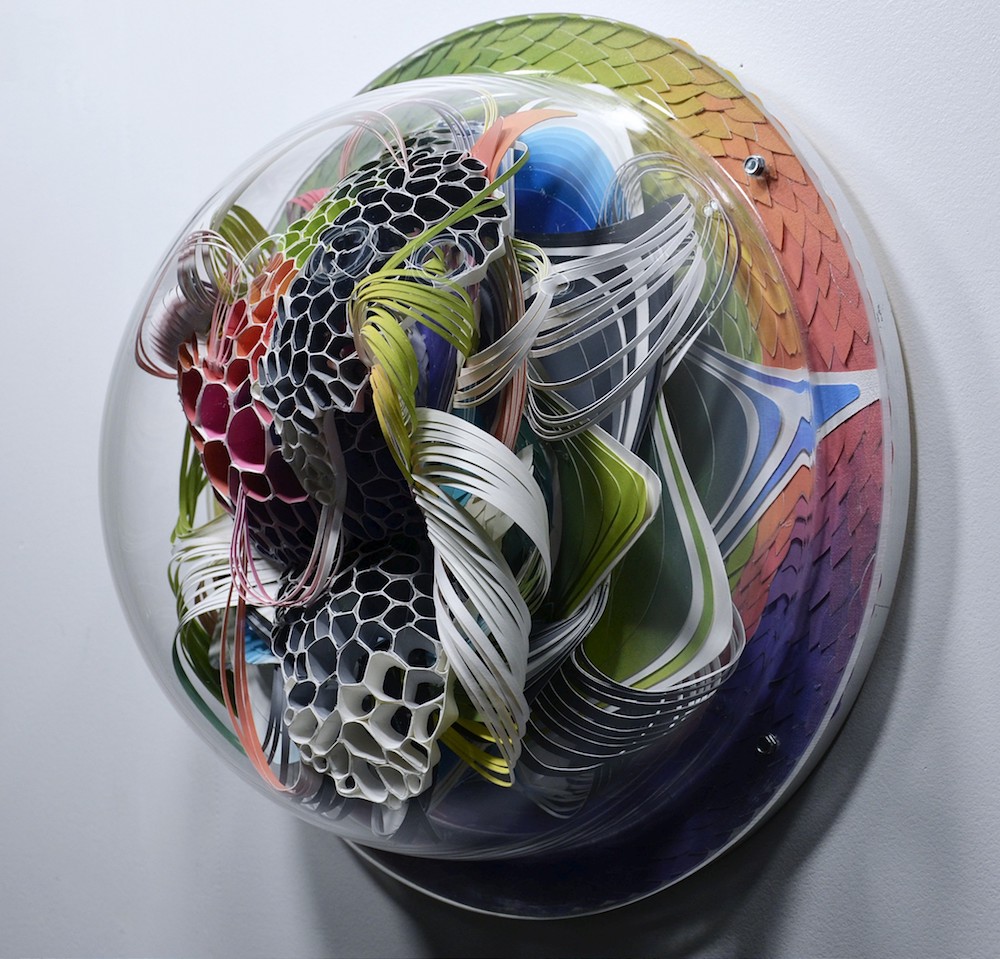 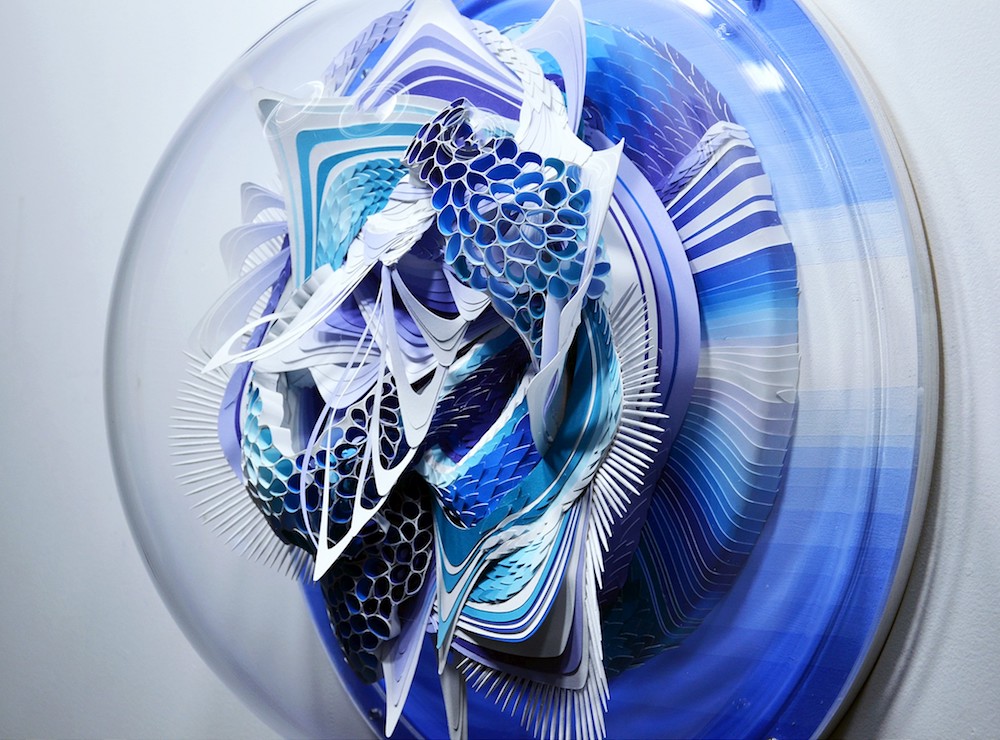 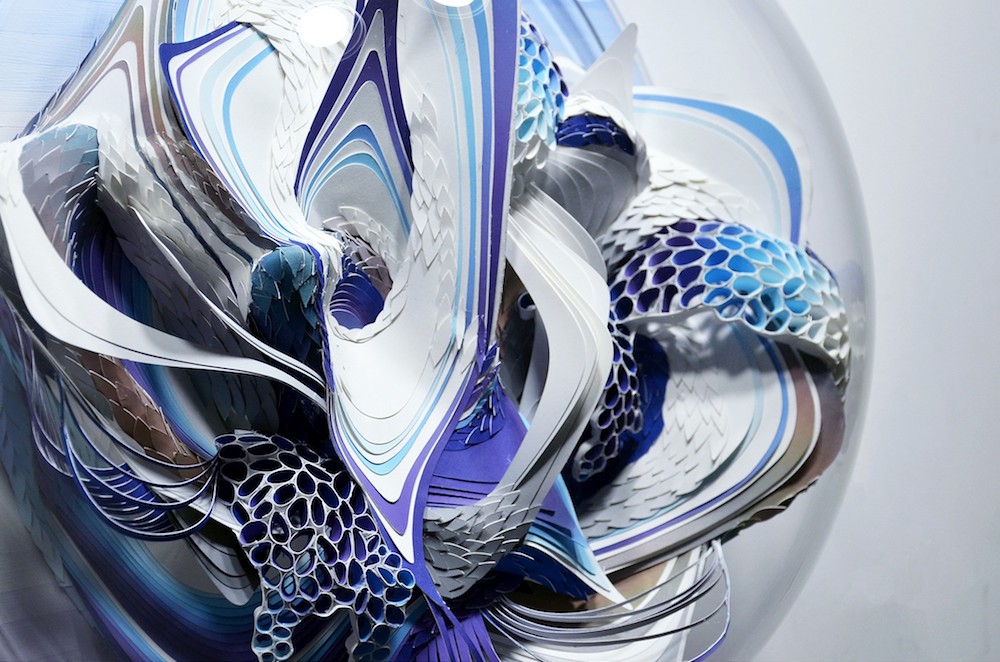 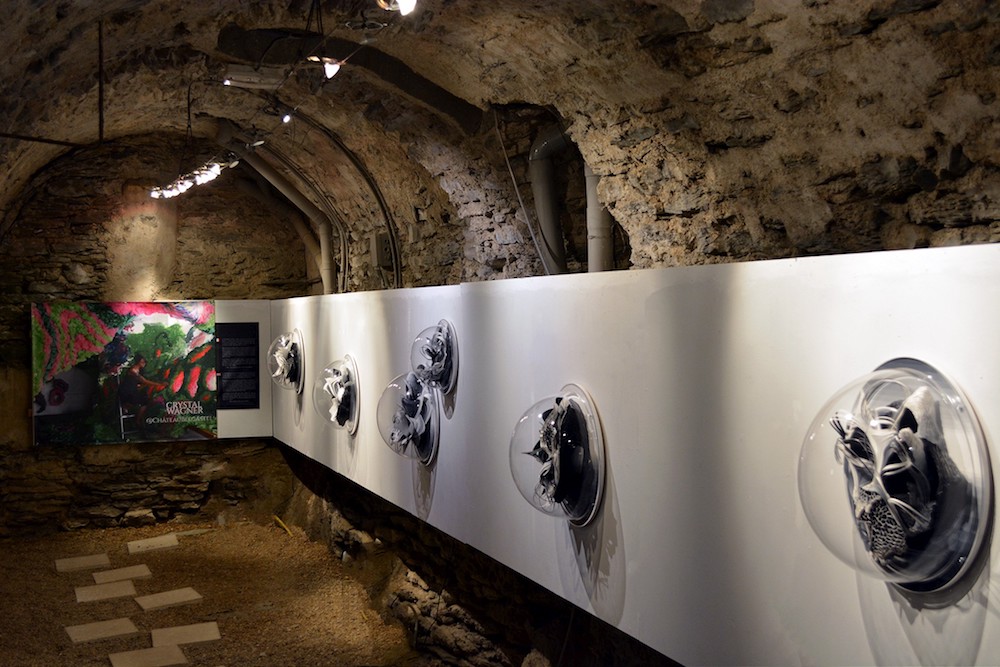 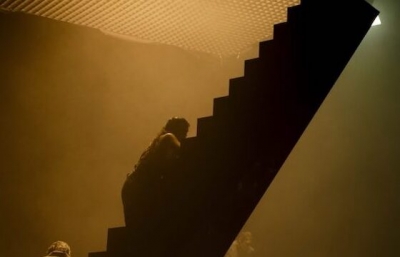 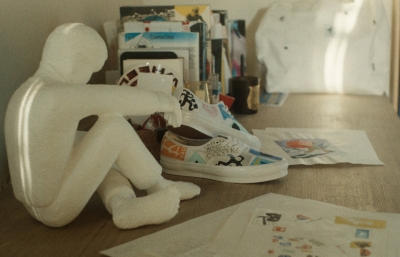 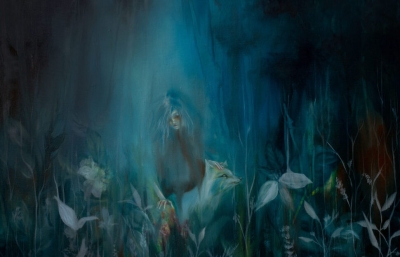 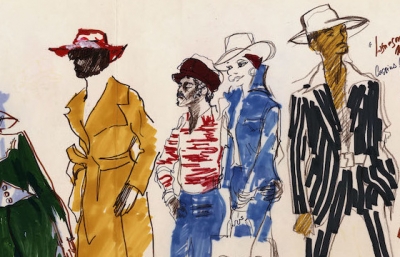 Crystal Wagner recently visited France to work on her largest, maybe most striking installation to date. Enveloping the tower of France's medieval Cháteau de Belcastel and accompanied by a small exhibition within, Ignis Fatuus symphonizes organic and manufactured worlds in a duet between architecture and nature.

Through her practice, Wagner constructs unexpected and colorful sculptural installations reminiscent of microscopic organic forms. Composed of single-use materials, her work often explores the gap between the natural and man-made, and bridges the concept with architecture. For this recent undertaking, Crystal Wagner brought time into the composition by juxtaposing her contemporary work against the walls of an ancient building.

With origins in paper, Wagner developed a process of creating large-scale amorphous sculptures from chicken wire and old plastic table cloths. After working a month or so on the piece with a team of assistants, that one ton of recycled materials took only a couple of days to be installed on the spot. The result is captivating– a large, alien-like bioform enclosing the stone walls of the castle amidst a picturesque valley in the Aveyron region.

Delving within, new works from her Hemisphere series are exhibited on interior walls in the castle along with a series of limited edition prints, making Cháteau de Belcastel a living and breathing ecosystem for Ignis Fatuus, inside and out. The project was curated and sponsored by AFA Gallery, with a video filmed by Christopher Courtney. ––Sasha Bogojev