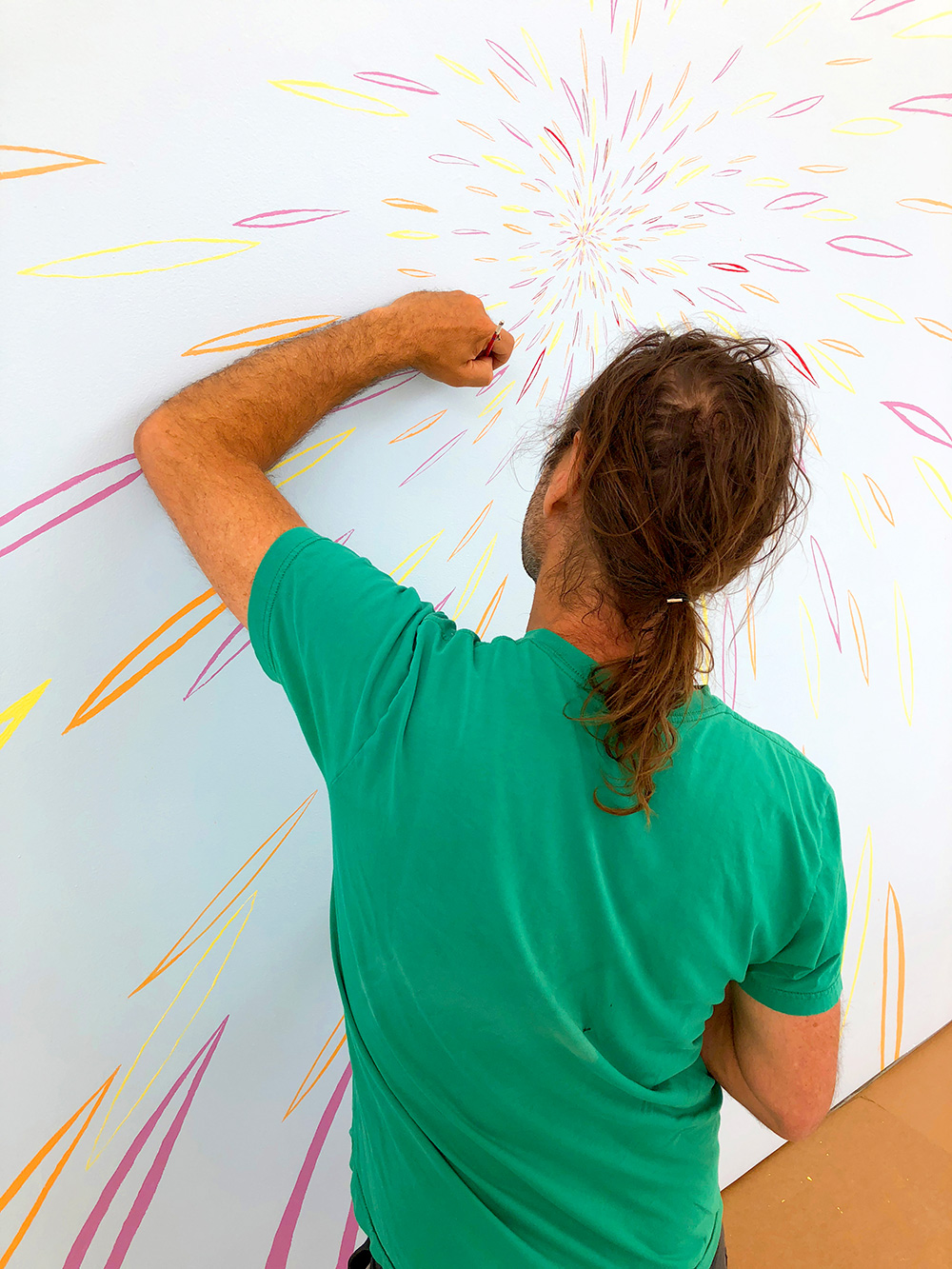 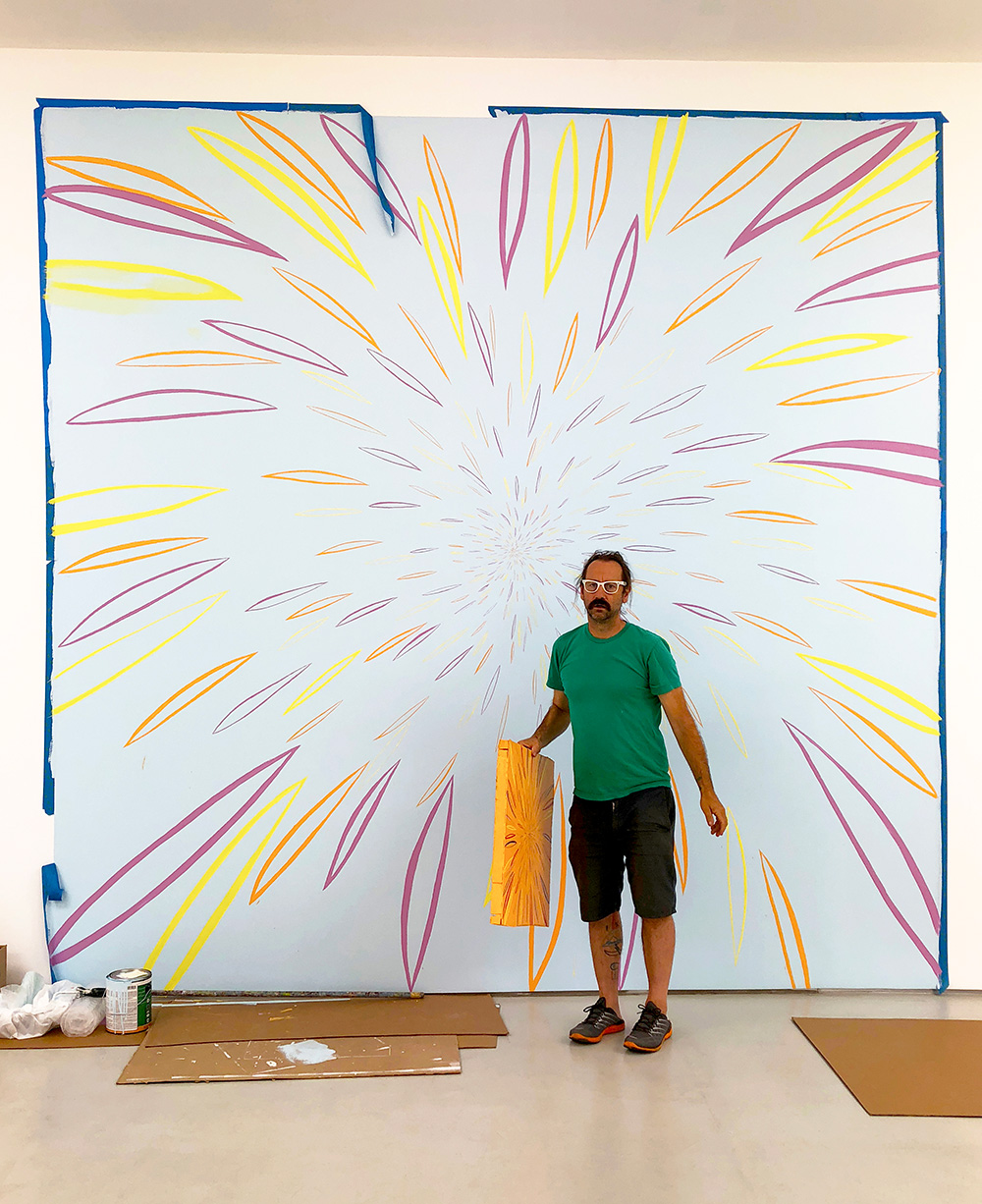 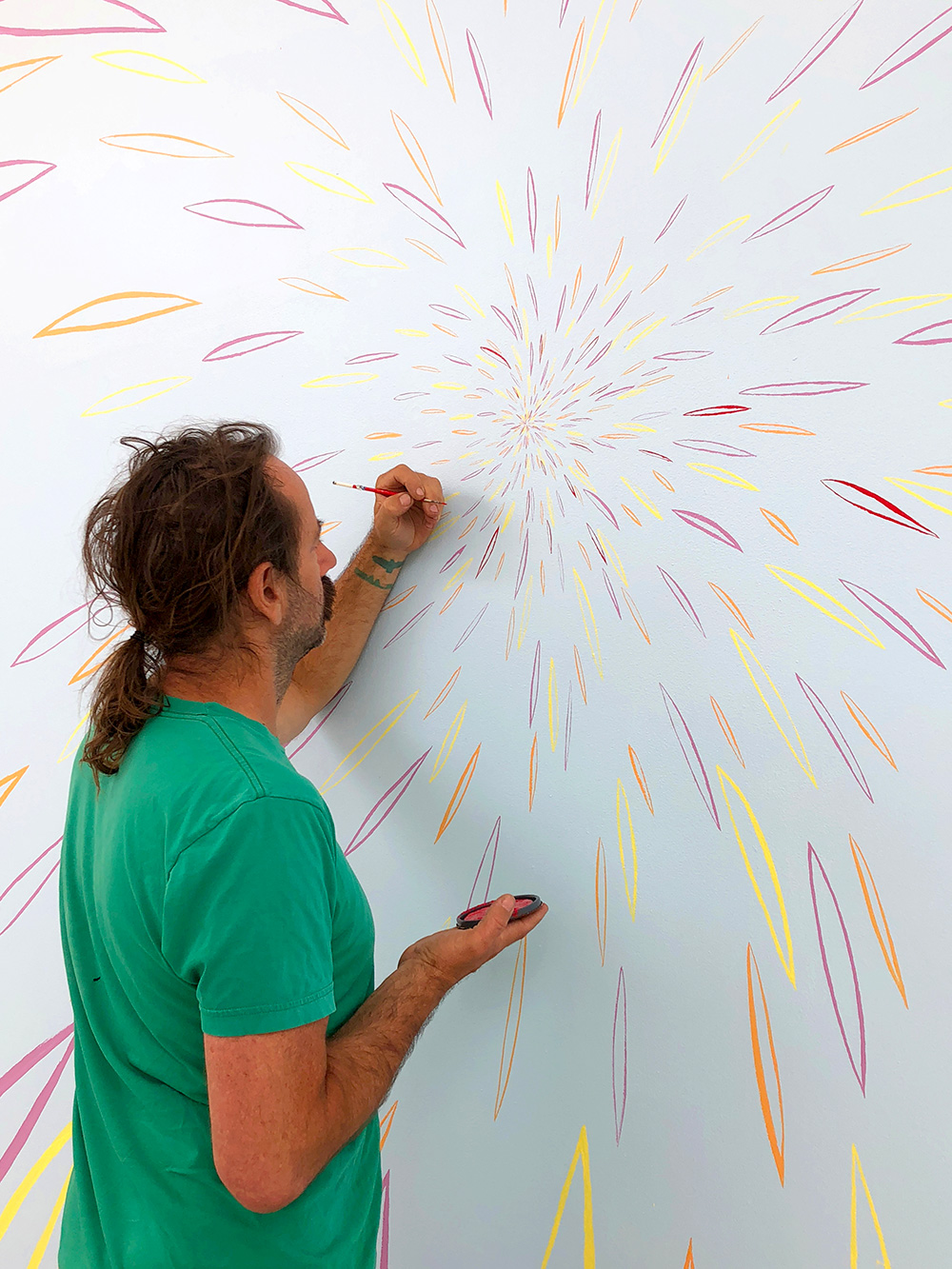 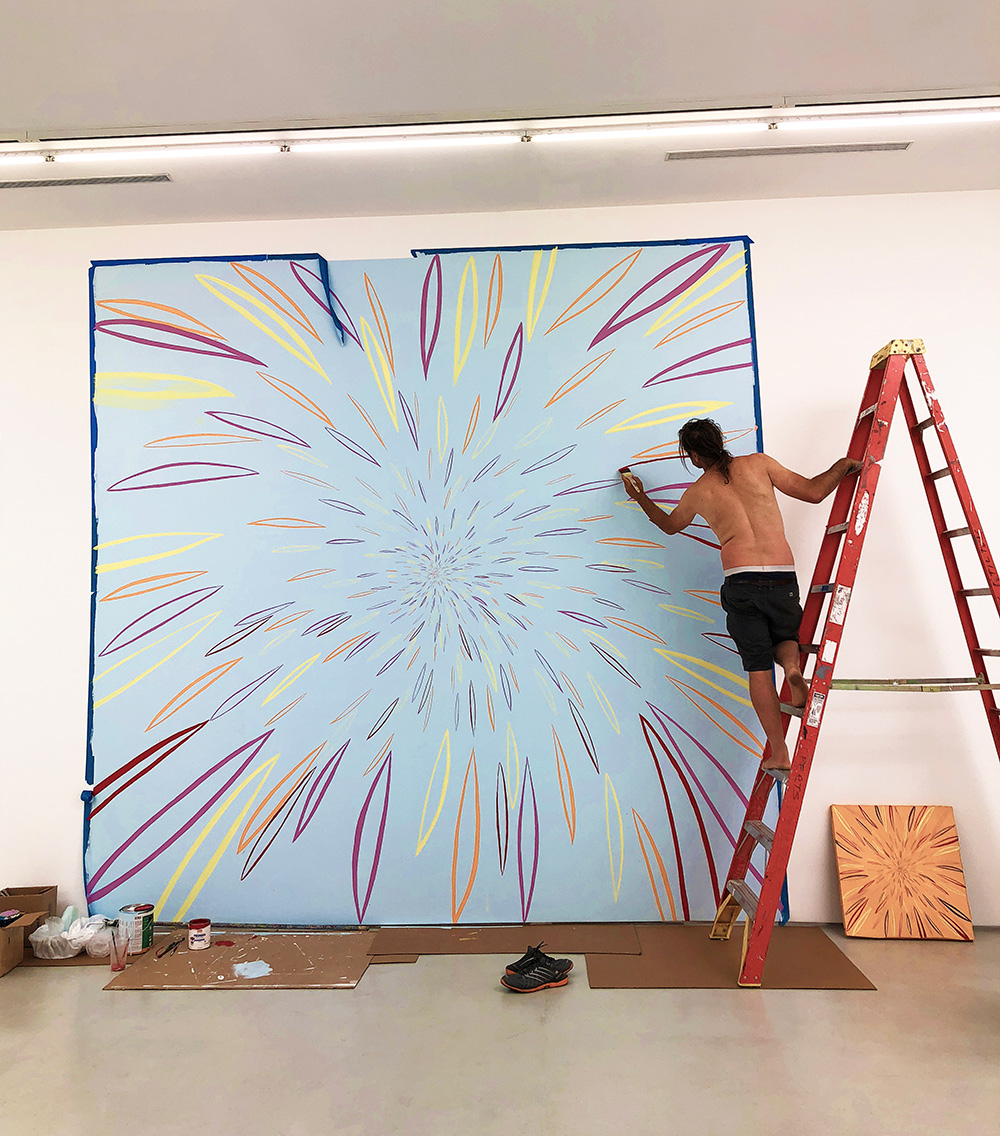 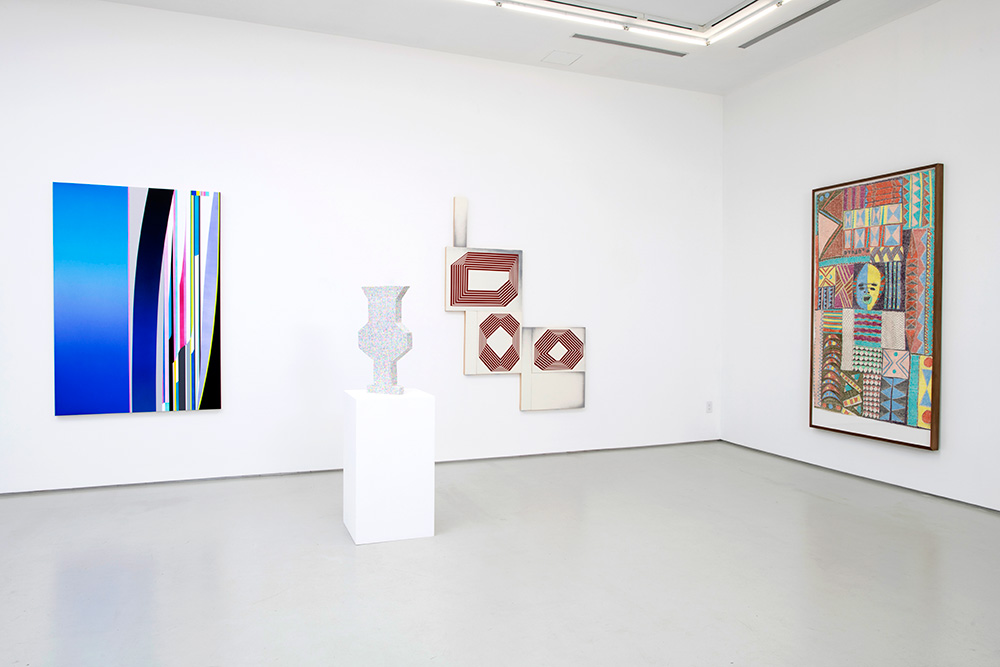 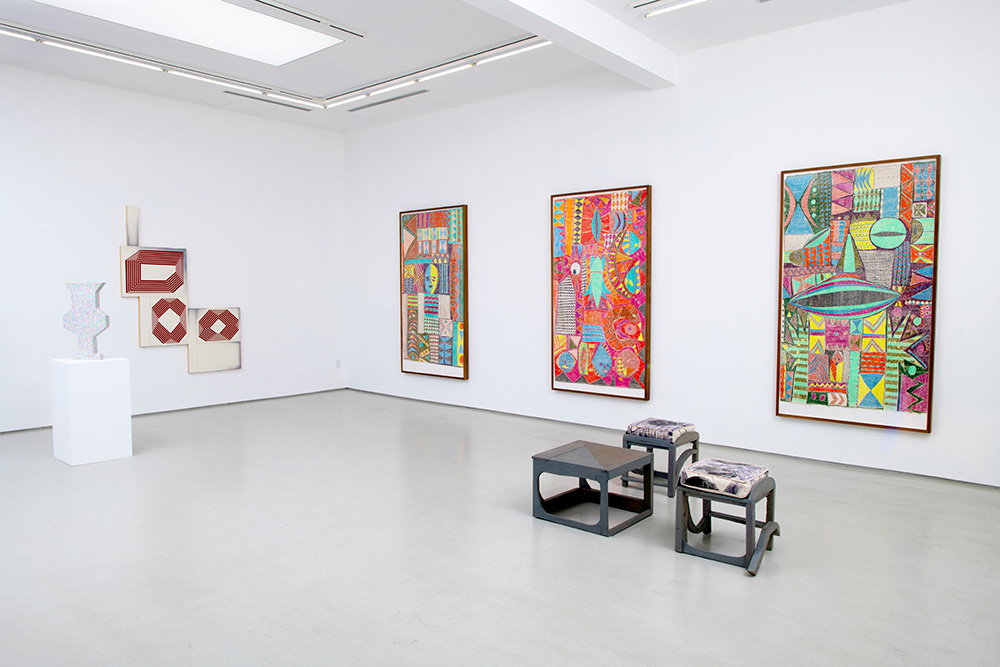 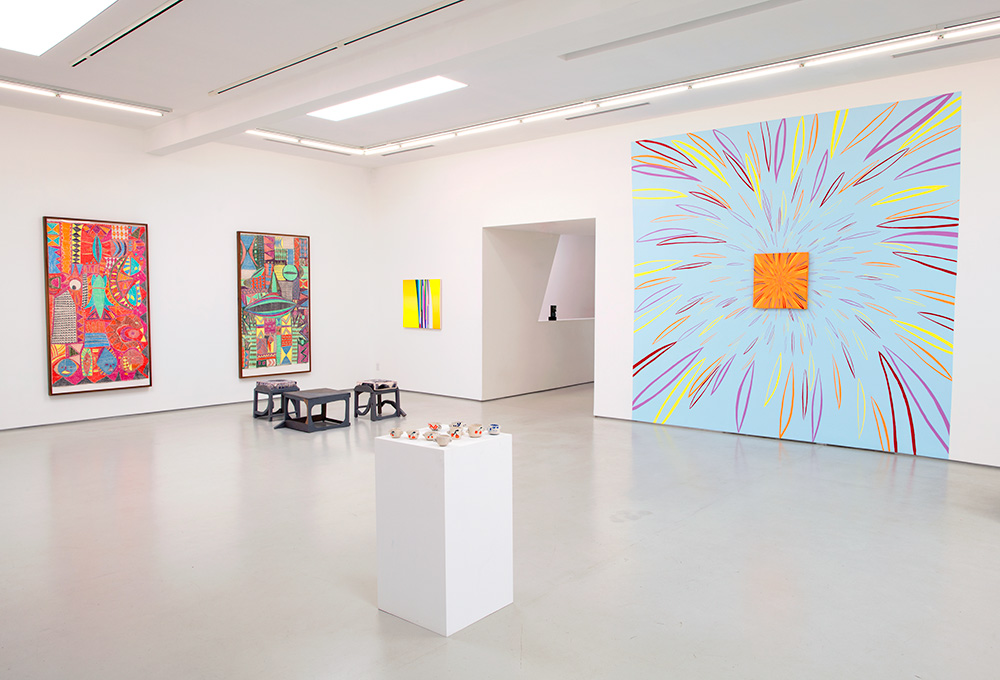 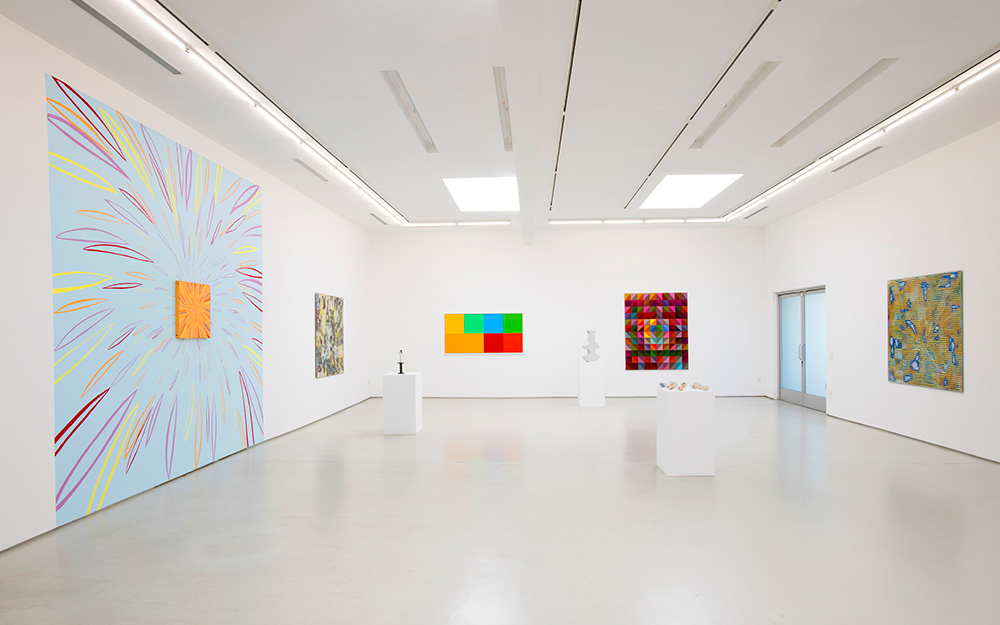 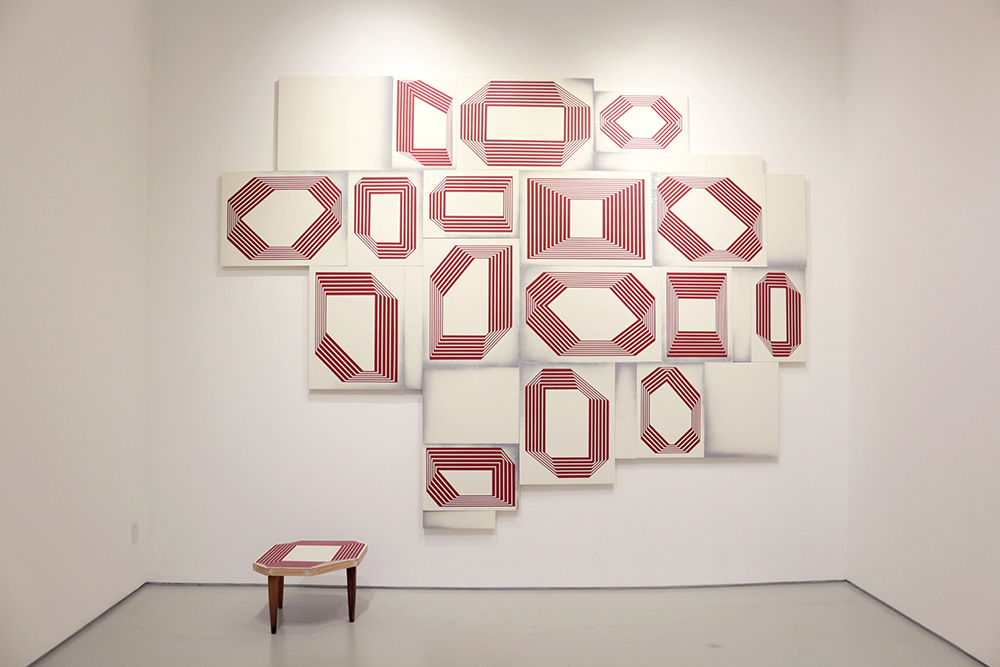 "A conjuration signals a return of both abstraction and a new abstraction: a response to contemporary life - to globalization and the desire for new interpretations, new materials, new technology, and new high-definition calibrations in the endless pursuit of the contemporary.

Each piece is chosen for its humor and economy of means, self-contained even as it is part of the overall composition of the exhibition. After too much art that made sense, much of this art evades categorization and defies speculation. It exists in the in-between where sculpture, painting and sometimes photography overlap. The play of presence and absence across material and medium at times overwhelms, contradicts and distorts. Architectural structures and intellectual constructions cast a spell across real and imaginary spaces; now you see it, now you don't.

Evocation of natural and man-made forms, as well as resistance to any exacting literalist reading, the works on view are determinedly anti-descriptive - knowledge on a need to know basis. At the same time, they prove that abstraction can at times accommodate spiritual and emotional content, providing solutions - informed by geometry - to tensions between harmony and division.

Do you believe in magic? A universal art form, reflective of specificity yet it thrives without regard to any. The very best magic thrills as a theatrical defiance of natural law. The lowest, just a sleight of hand among friends, both sides enamored - just enough - of the logical procession of deception. Which points us to the ways the art on view remakes itself, through the alchemy of effort, always hungry for the new.

Daniel Aksten's idiosyncratic grid paintings embrace sharp edges, solid colors, geometric compositions and spray-painted surfaces. Robert Otto Epstein's sculptures explore the way that repetitiveness is structured into discrete forms that are shaped by the prototype, which become the pattern, which become the system, which itself is repetition. Dan Fauci has been a writer, creator, and artist for over five decades and is known for his use of found objects to build forms reminiscent of totems. Part Choctaw and part Cherokee, Jeffrey Gibson produces abstract sculpture, painting, and prints that carry an autobiographical cultural inflection. Johanna Jackson's work spans styles and mediums, focusing on diverse themes including exploring the delicate balance between nature and technology. Chris Johanson's work has blended a simple, unschooled style with an exuberant sense of color and a playful but sharply critical edge. Dion Johnson's use of color evokes the contemporary urban, digital and natural landscape of Southern California. Barry McGee is known for his dynamic drawings, paintings, and mixed-media installations integrating striking geometric compositions, color fields and recurring characters. Adam D. Miller paintings and works on paper explore the intersection between mythology, language, and transcendence through a psychedelic lens. Evan Trine explores the mis/translation of information, taking traditionally "understandable" imagery and transforming what we see into a median color."––Roberts Projects