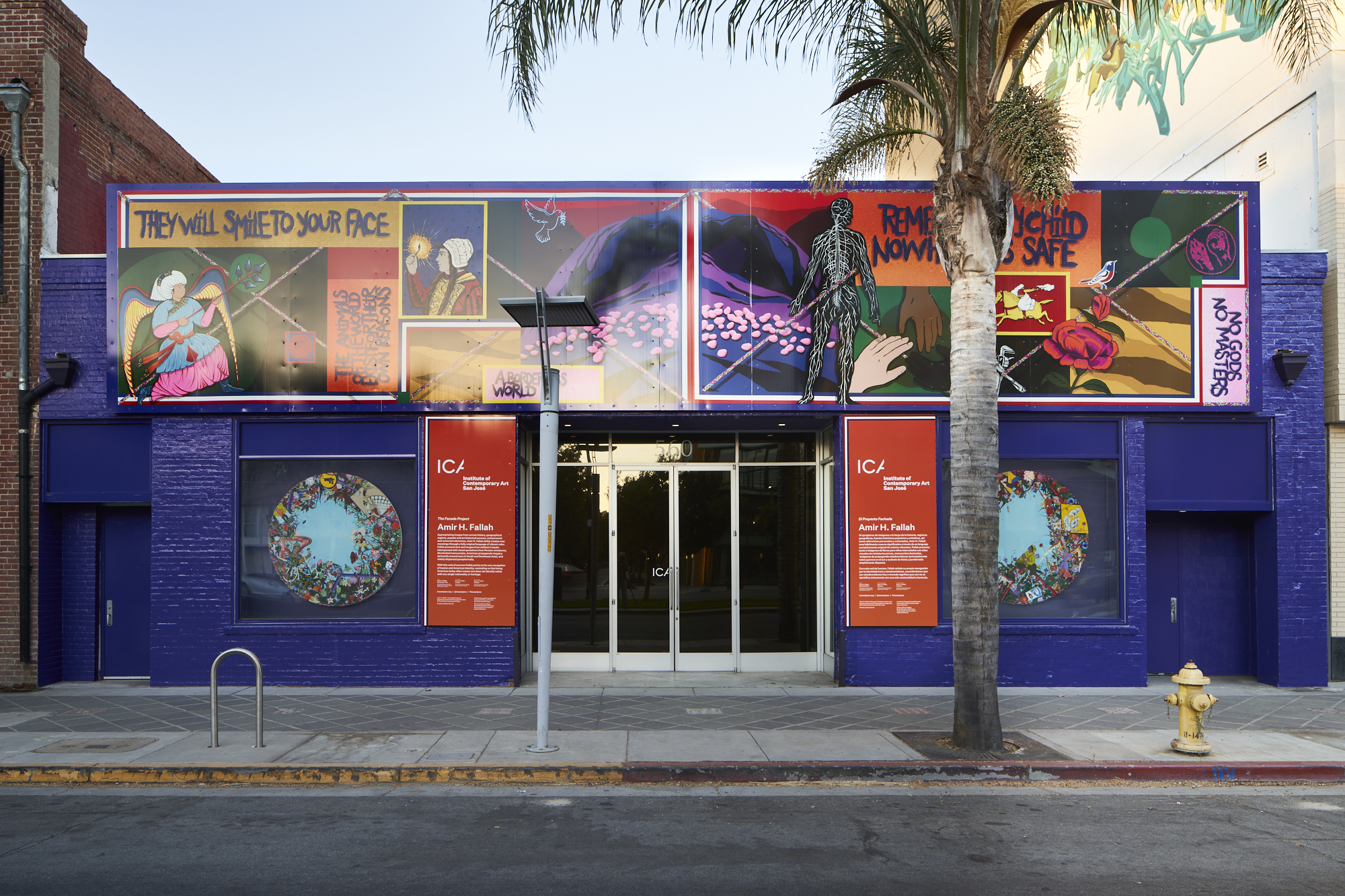 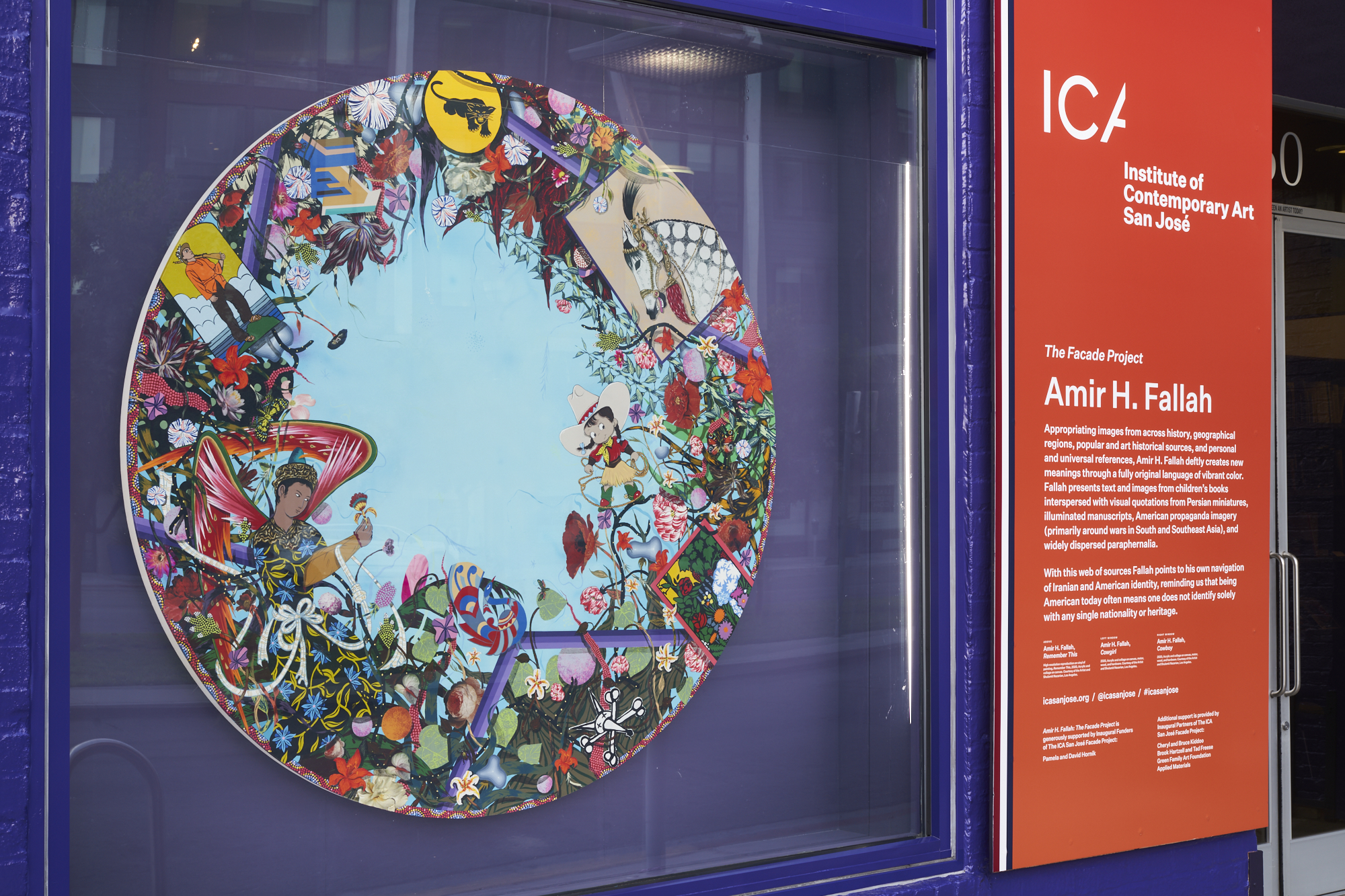 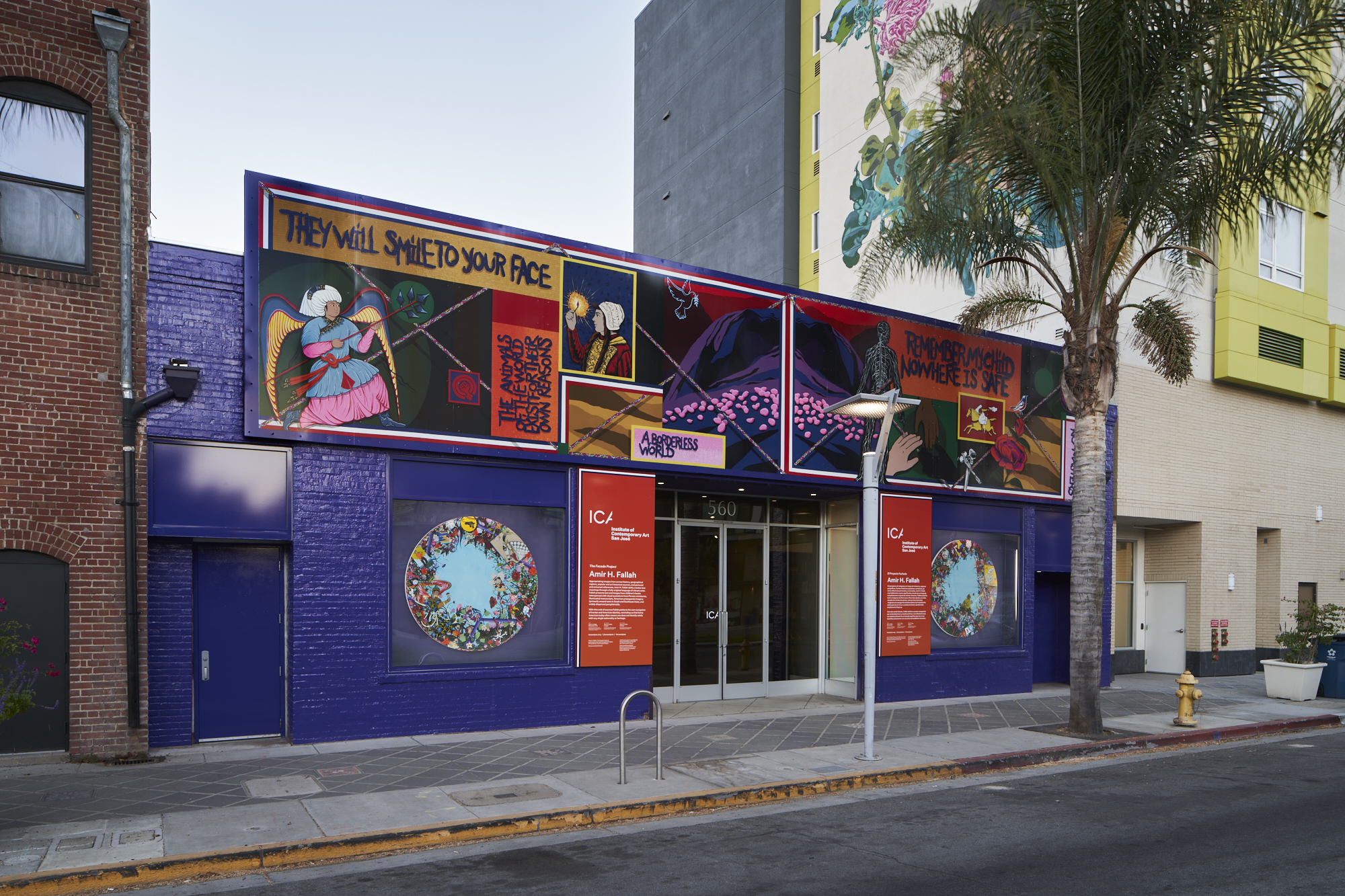 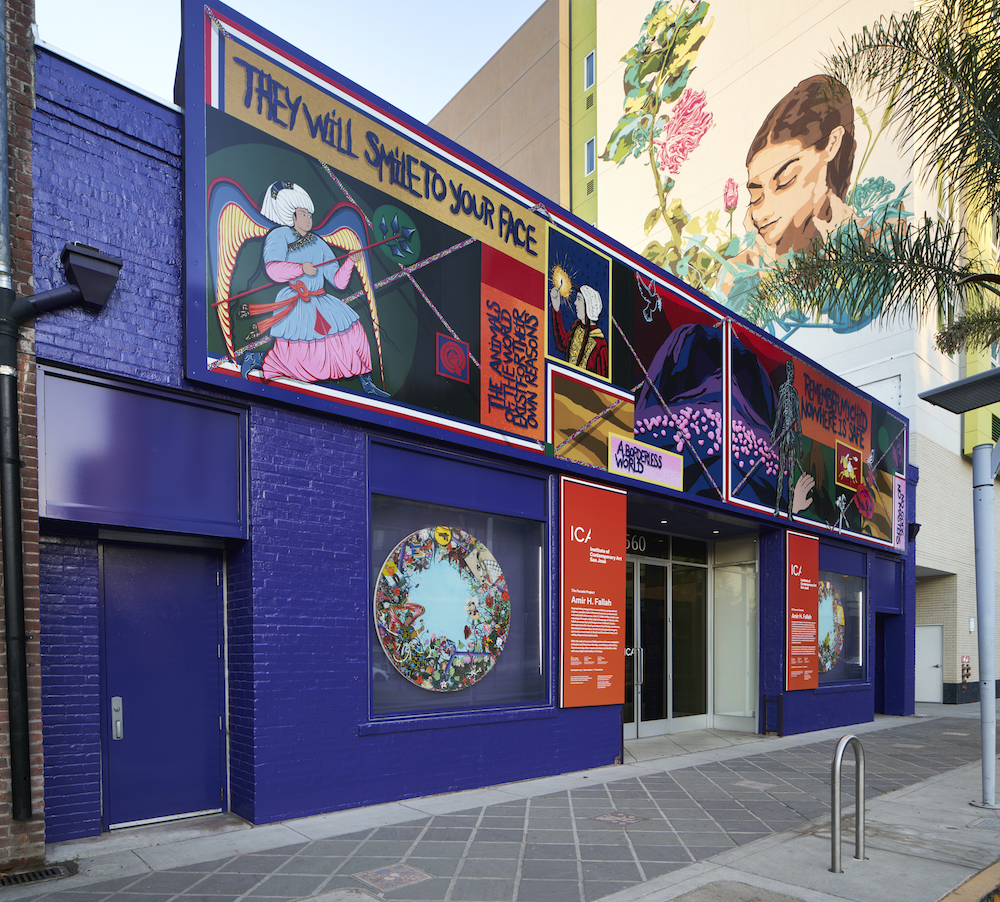 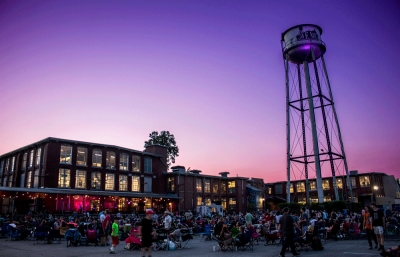 There would always be questions about how museums could involve themselves as reflections, as well as resources for information during the 2020 elections. The San José Institute of Contemporary Art stepped forward with a powerful message with the unveiling of their newest outdoor facade project with Amir H. Fallah. In fact, the California museum became a voting center where ballot drop-offs and in-person voting took place from October 31—November 3, 2020.

With so many conversations circulating about the role of art institutions during times of social change, and the sort of historical perspectives that should enter an art historical lexicon,  the ICA San José took it a step further to literally be a place of action. And to up the ante, they presented a contemporary artist whose career is propelled by navigating and exploring cultural tensions in the context of examining his own Iranian and American identity. As presented in the voting center and continuing into the new year, Amir H. Fallah: The Facade Project features a fifty-foot mural on the front of the building, as well as two six-foot circular paintings seen through the windows that the museum proposes will present, “an entirely new conception of the relationship between the street and the building’s architecture at a time when the galleries within the building must remain closed.” As museums find new ways to connect to the public in times of covid and social change, ICA San José is at the forefront. —Evan Pricco