In the Magazine: Maja Ruznic 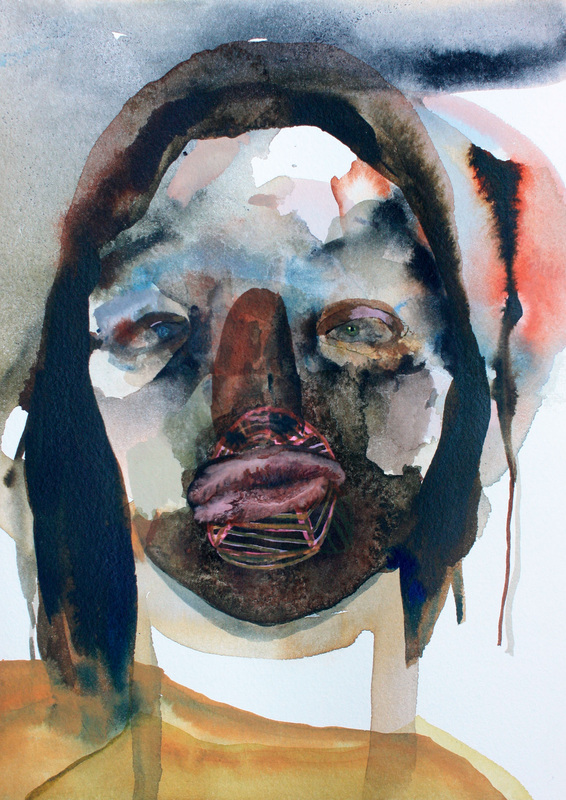 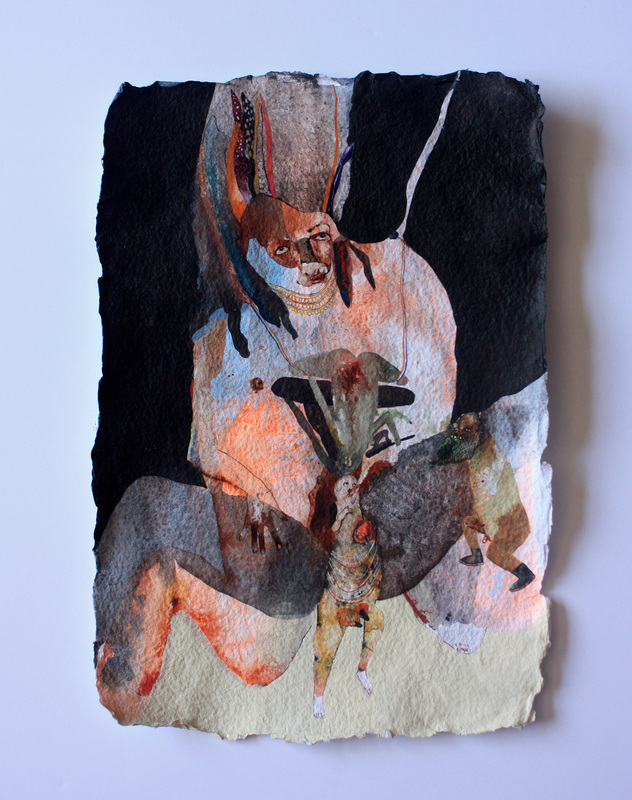 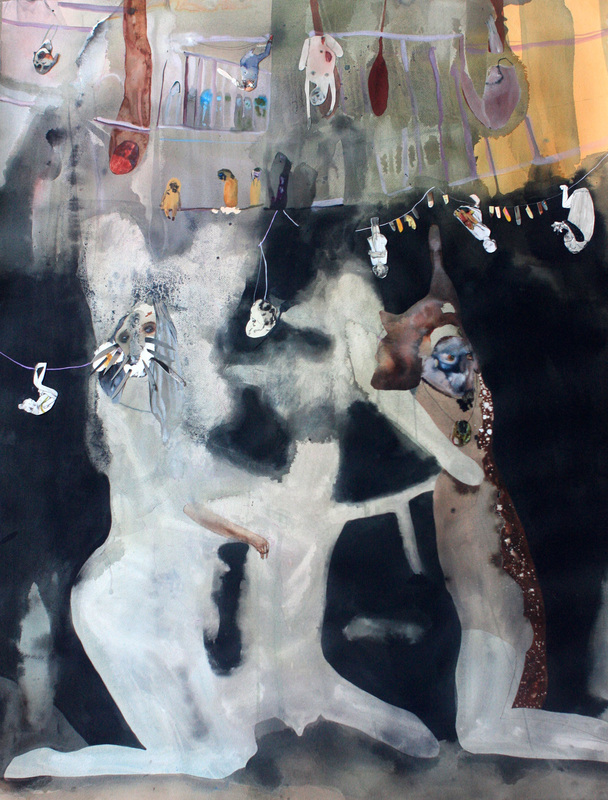 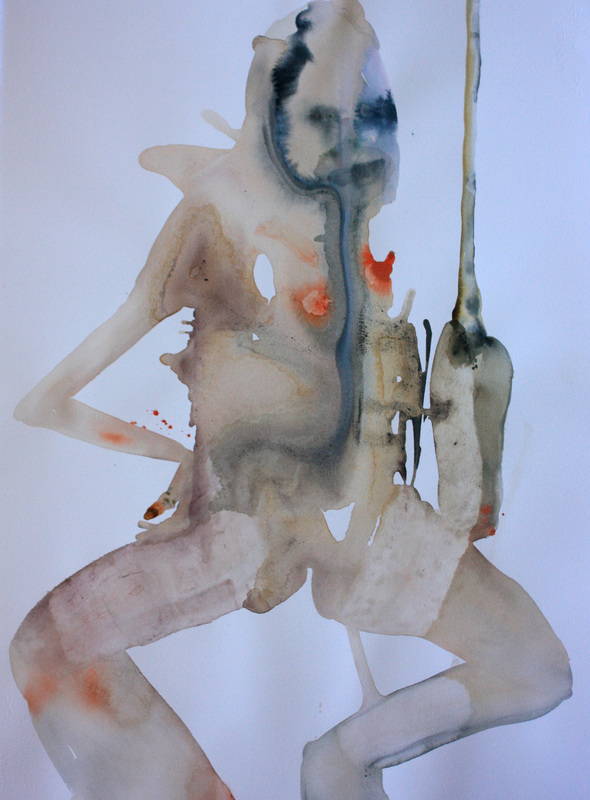 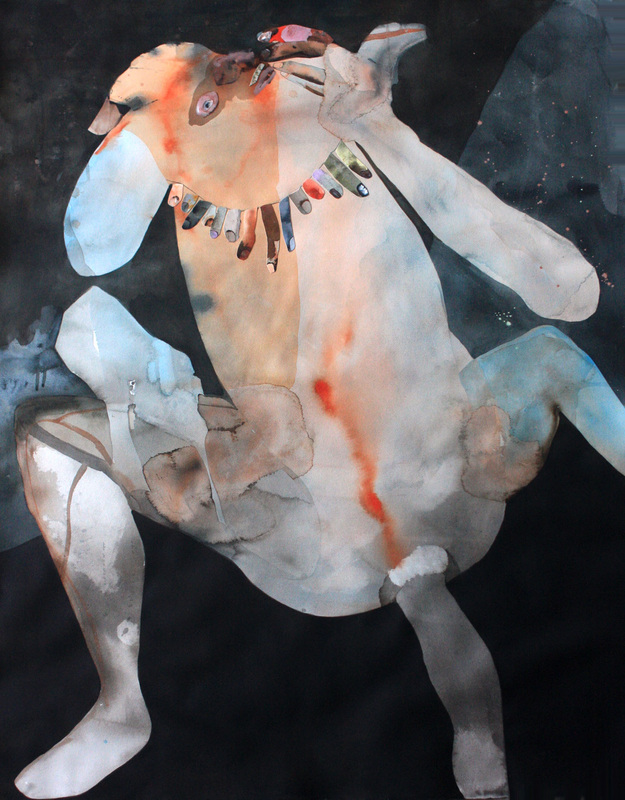 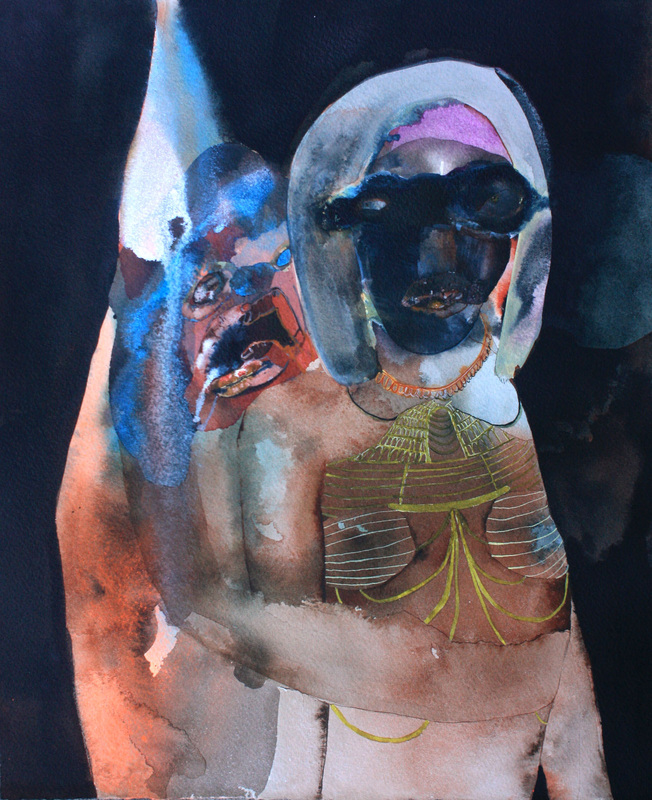 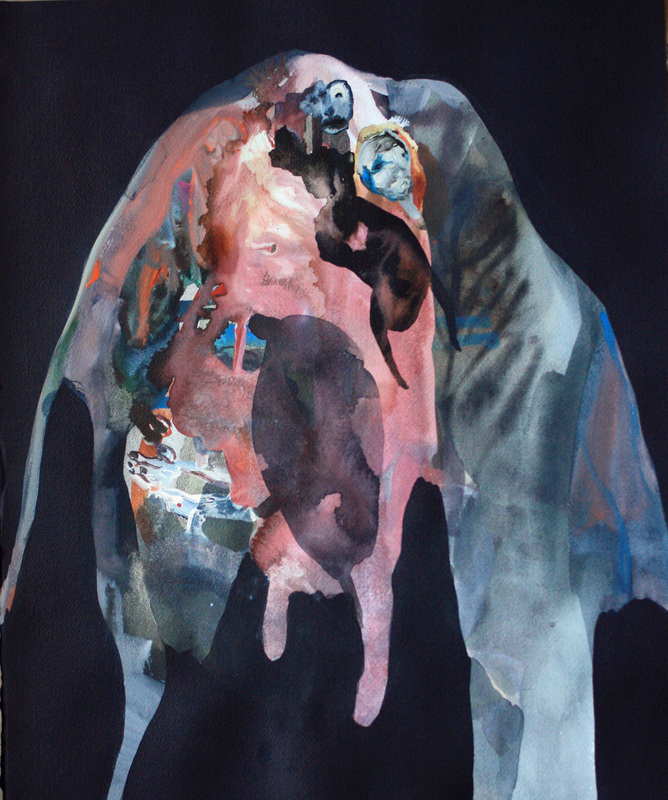 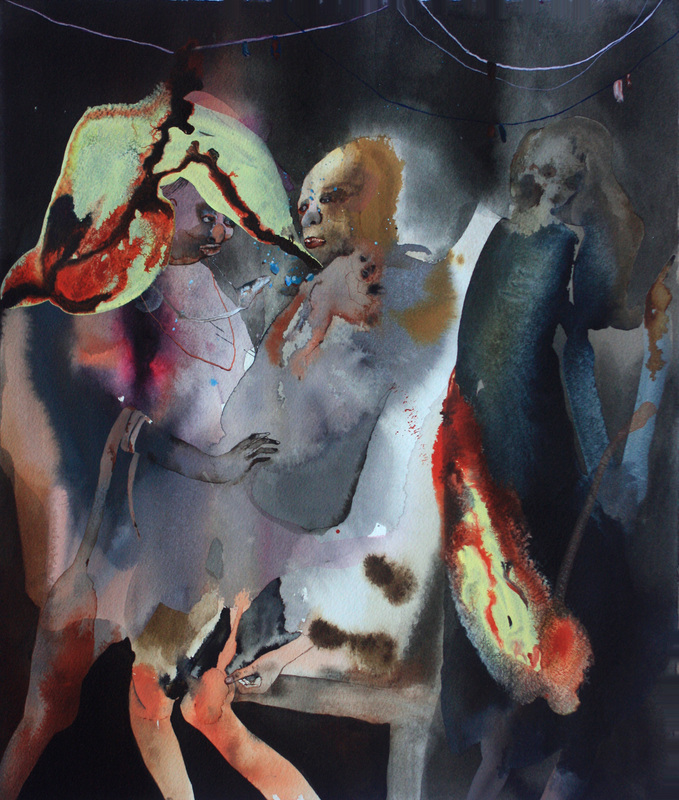 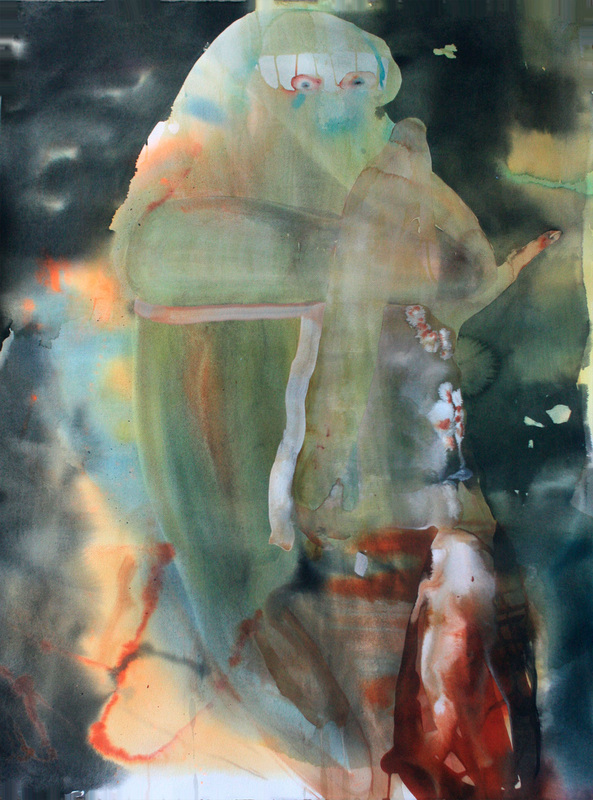 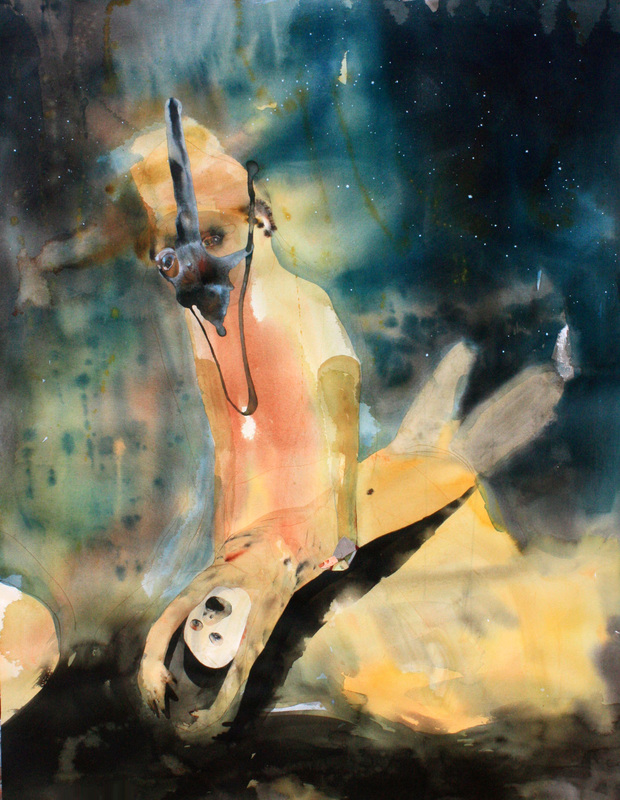 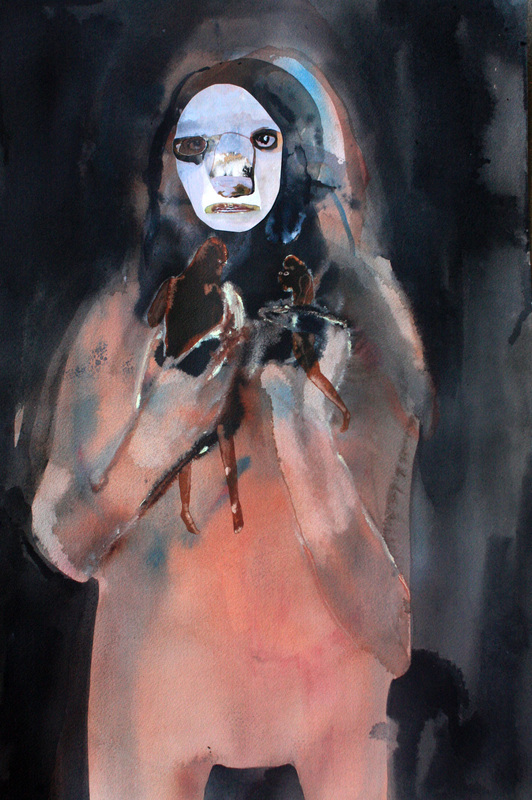 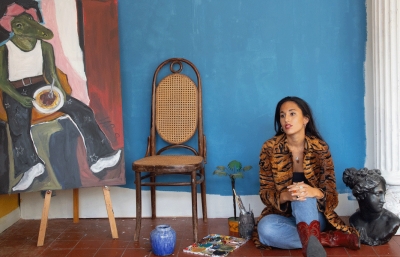 To live life bearing the emotional stress of being forced to flee one's homeland is a concept many of us can’t comprehend. To live one's life creatively expressing the emotions wrested from such an experience is an entirely different challenge altogether. Maja Ruznic is a survivor of one of the most brutal ethnic and religious conflicts of our generation, and in her paintings, she reassembles these fractured existences from without and within...

Read the full interview with Maja Ruznic in our current issue, September 2014, on sale now.

Or recieve a free copy of the September issue when you subscribe today.

To live life bearing the emotional stress of being forced to flee one's homeland is a concept many of us can’t comprehend. To live one's life creatively expressing the emotions wrested from such an experience is an entirely different challenge altogether. Maja Ruznic is a survivor of one of the most brutal ethnic and religious conflicts of our generation, and in her paintings, she reassembles these fractured existences from without and within. She is an artist who lives as a storyteller and possesses the strength, courage and determination required to process and convey the narratives of such events. With a curious and voyeuristic approach, Ruznic is "interested in evoking the past, while fictionalizing it.” Empathetic, deeply sensitive, meditative and contemplative, her imagery etches the psychological trauma of those who have been forced to endure violence and displacement of protracted conflict. –Gabe Scott

Gabe Scott: Born in Bosnia in 1983, you and your mother fled in 1992 to escape the waves of atrocity that flooded the area during the Civil War. Can you recount the journey which ultimately led you to safety in the United States?
Maja Ruznic: It was April 29th, 1992. My mother and I lived with my grandparents in a small house in Orasje, Bosnia. That day, my mother left for work in the morning as she usually did, and my Nana (grandmother) woke me up to go to school. While I was getting ready, I remember my Dedo (grandfather) listening to the radio very intensely, and shortly after, telling me that I would not be going to school because it was dangerous. Like most children, I remember being excited about getting to spend the day with my grandparents.

A few hours after Dedo’s warnings, sirens started to go off and people started running down our street like crazed ants. Nana grabbed my hand and we ran out the door, joining the herd of people. Nana, Dedo and I made it across the Sava River in a small boat that was taking people over to the Croatian side. My mother was not with us, and I remember being very worried. Once on the other side of the river, we settled in the basement of some people who I later learned were my mother’s friends. We slept of the floor and more people joined us in the following days. I cried often because I missed my mother.

On the third day, when I was playing outside with the other kids, I noticed a faint figure emerging from the distance. I could tell that it was my mother by her hair—big, black hair. I started to run towards her as fast as I could—she was wearing a long, grey coat and smelled like she always did, the same perfume still on her neck.

A few days after my mother’s arrival, we took a bus to Slovenia where we stayed for three weeks at a refugee camp. We did not stay in Slovenia very long because she sensed that no part of former Yugoslavia was safe and that our next stop would be Austria. Within a few weeks, my mother and I left my grandparents behind and boarded a train. We arrived in Klagenfurt, Austria at the end of May 1992. I later learned that the building, which housed over 5,000 Bosnian refugees, was once a convent. We stayed in Klagenfurt for three years, moving around various refugee camps, before finally arriving in San Francisco in 1995, being able to come to the US with the help of the International Rescue Committee.

I think it is important to note that the reason why my mother and I were able to move through former Yugoslavia fairly easily was because we left right when the war started. This was the end of April, early May, 1992. People who tried leaving Bosnia even a month later had a much more difficult time, and many were hurt in the process.

You've noted that after returning to Bosnia for the first time since you were forced to flee, that you felt your "romantic idea of childhood" had been crushed. Can you explain that ideal notion and how it was altered by your visit as an adult?
I went back to Bosnia for the first time in 2008. That was 17 years after we fled. Before that visit, my memories of Bosnia were mainly beautiful—eating watermelons with my Dedo during the hot summers, swimming in the Sava River, playing house in the bushes with my childhood friends. The memories were light.

When I went back in 2008, it felt as if the war had washed away any sense of hope, and people looked like survivors still trying to persevere. The combination of physical damage—bullet holes in the buildings and signs on dilapidated buildings saying “SKLONISTE” meaning “Place of Refuge,” as well as the psychological damage—many people chain smoke, drink a lot and are unemployed and many rely on their families abroad to send back money for survival—made me experience my home city as a wounded site, trying desperately to recover from something that happened over 20 years ago.

My two experiences of Bosnia are embodied by my Dedo— someone who longs for Tito’s Yugoslavia, a country he believes was strong and beautiful. I’ve gone back three times so far, and every time, I sit with Dedo in the living room and listen to his stories about how things used to be. During my first trip to Bosnia in 2008, I remember sitting in the living room with him, drinking coffee out of small, Turkish cups and listening to stories about Tito. There was a moment in our conversation that was filled with a long silence and Dedo moved the curtain from the window, looked at the people walking by and said, “Everyone is lost now, Maja. Everyone is lost”.

The September 2014 issue of Juxtapoz Magazine is on sale now.