In the Magazine: Dan Witz 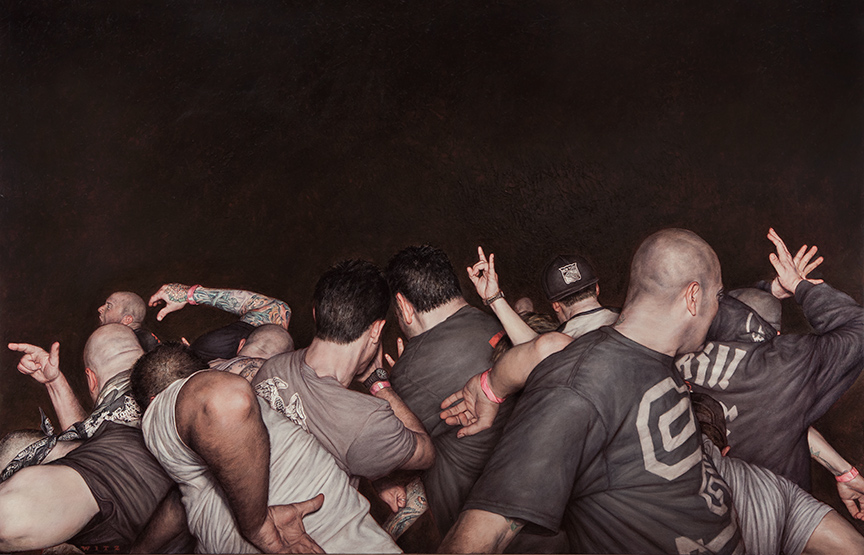 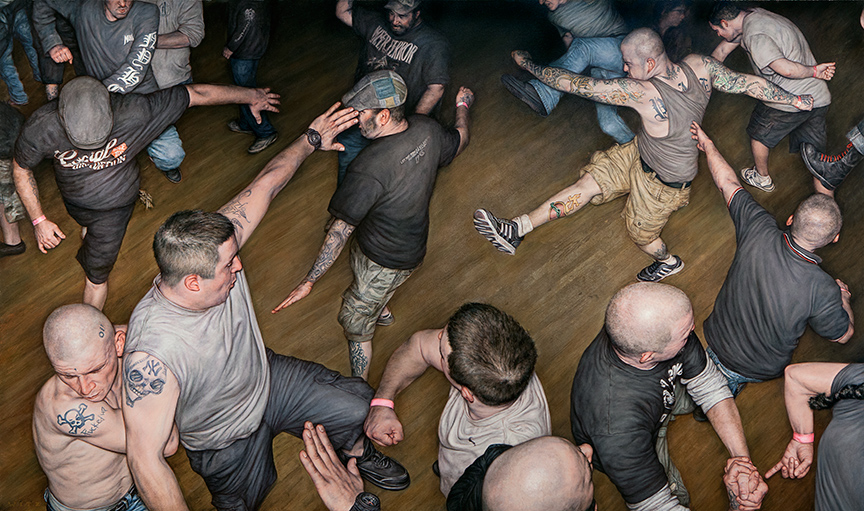 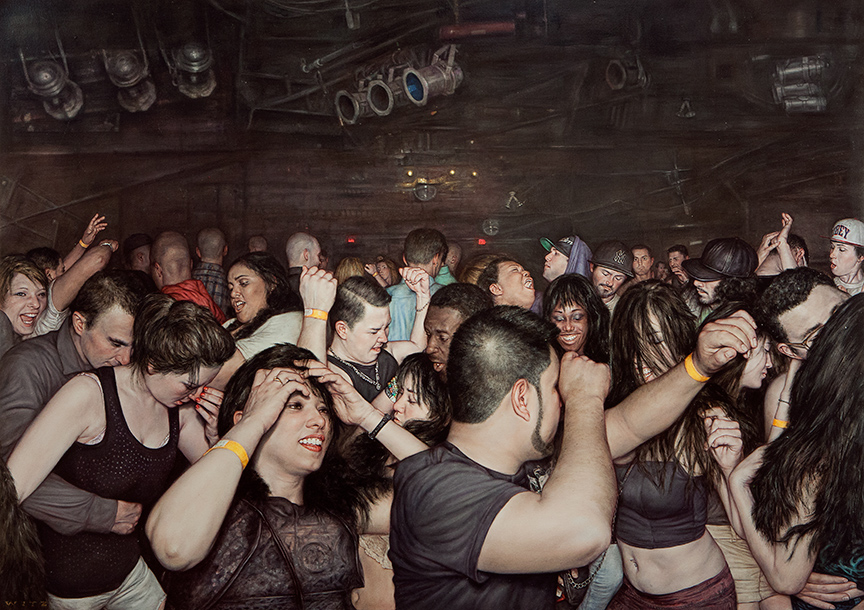 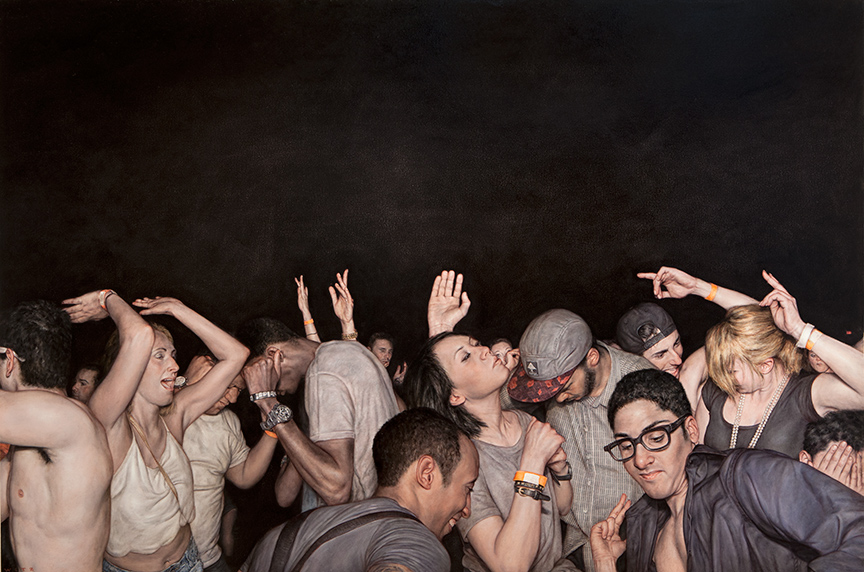 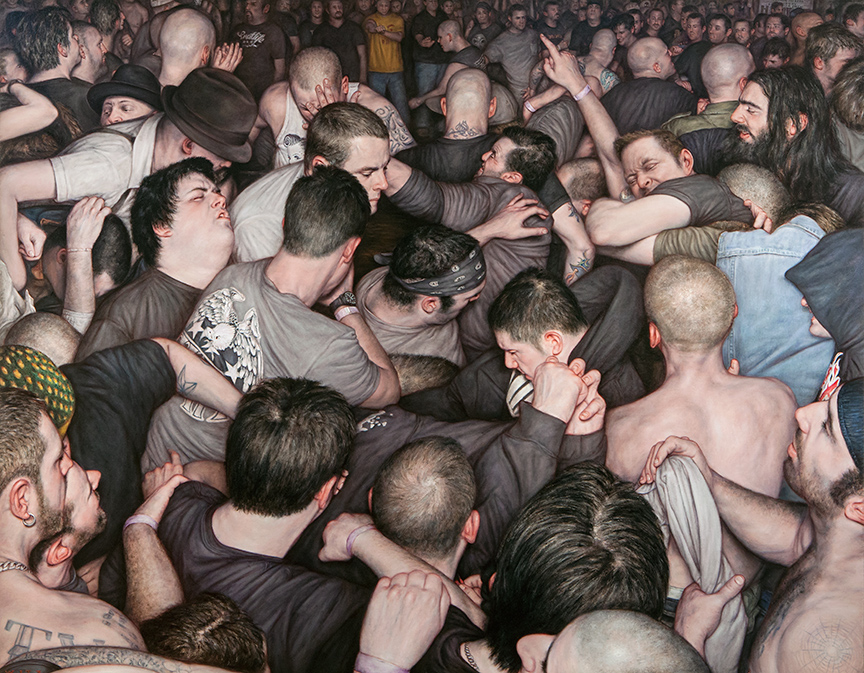 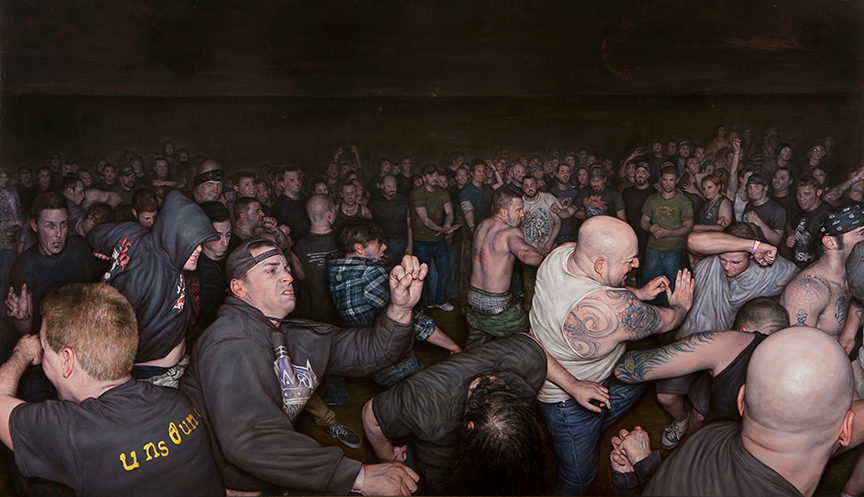 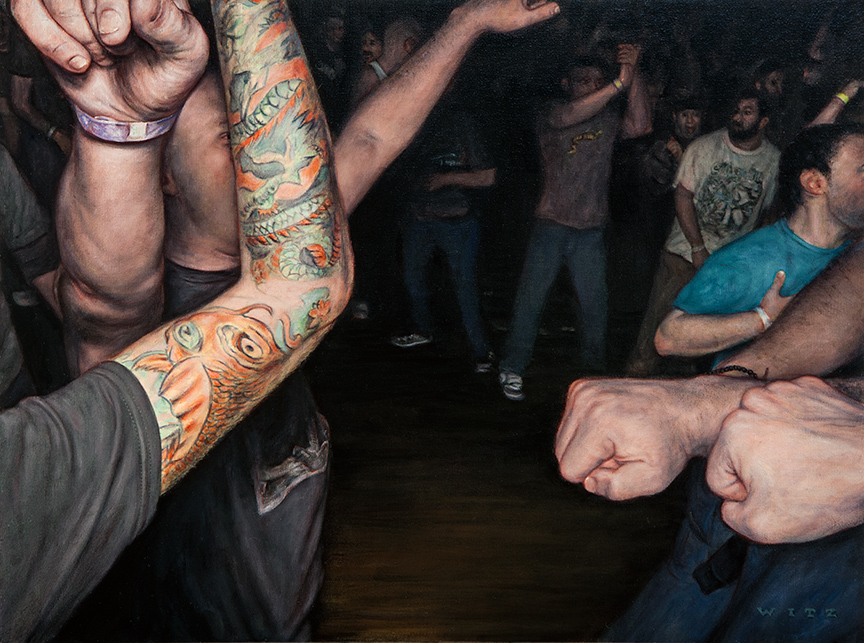 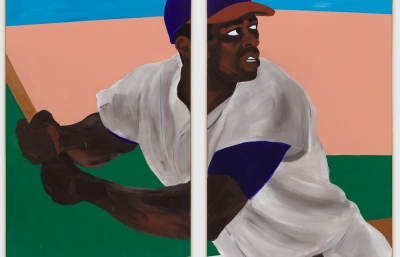 The first time I actually met Dan Witz was on a ferry boat ride touring the magnificent fjords of western Norway. At the time, like most people interested in the broader emerging art world, I knew of Witz as the Brooklyn-based painter who created an indelible series of mosh pit paintings...

The following is an excerpt from the January 2015 issue of Juxtapoz Magazine, on sale now.

The first time I actually met Dan Witz was on a ferry boat ride touring the magnificent fjords of western Norway. At the time, like most people interested in the broader emerging art world, I knew of Witz as the Brooklyn-based painter who created an indelible series of mosh pit paintings. There was also this not-so-secret-but-sort-of-hidden career as a street artist with a body of work that started over a decade before any street art term was coined. And accidentally, on this boat tour, I got to know what Dan was all about. And my conclusion was this: Dan has been at the forefront, consciously unconcerned about the trends of contemporary art, grasping an extensive knowledge of art history and the role of this new generation. Learning about the art career of a man who paints motion, energy, interaction and force, in tandem with the calm and ancient surroundings created by centuries of natural movement made for a compelling parallel history.

This interview was conducted throughout 2014 in conjunction with the Juxtapoz Hyperreal book and this cover story. From music to art, from Cooper Union to PETA, Dan Witz is a punk chameleon who continues to explore the possibilities of painting and confrontational interactive street art. —Evan Pricco

Evan Pricco: You attended Cooper Union in the late 1970s. You were a punk rock kid, and the punk rock thing to do at Cooper Union at that time was to paint figuratively. What was art school like at that time?
Dan Witz: Yes, it wasn’t too long ago that painting figuratively was considered rebellious—if it was considered at all. Crazy as it sounds now, when I was a student, painting with technical facility, depicting beauty (unless it was ironic), and accessibility (especially accessibility), were forbidden—completely off the table if you wanted to succeed in art school and eventually show in decent galleries. You have to love the irony: Modern art’s very genesis sprang from its rejection of academic realist painting, and now it’s the modernists who have become the blinded establishment and the realist painters a transgressive force for change.

But as much as I disliked art school, I can see how I benefited from my time there—even if it was mostly as a contrarian in training. In high school I’d been led to believe that the study of traditional painting techniques was a common jumping off point to more personal types of expression (think Picasso and Duchamp), but for some reason, probably my punk hair and clothes, the in-crowd at school considered my type of tight, facile realism to be threatening. It’s still hard for me to even talk about this—I don’t think I ever have publicly—but this event was so traumatic and formative that it bears mentioning: one night my studio at Cooper Union was attacked and my paintings were vandalized. I never found out who did it. It was a few weeks later that I committed my first “illegal” artwork, painting graffiti fires up and down the back stairwells at Cooper Union.

Not being a New Yorker yet, I couldn’t get over how zealous and parochial, and how, well, personally everyone took their opinions. But as I hung out in the punk clubs and became more and more converted to those zealous, parochial attitudes, I began to understand how for young artists—especially those who hadn’t accomplished anything yet—their opinions were their identity. Alongside this came the dawning realization that my romantic dream of becoming an artist was in reality just another competitive career grind like fashion or advertising. Young artists who were ambitious and well connected (and usually attractive) and were good at marketing themselves, and who aligned themselves with what was currently in vogue were rewarded with attention and shows—regardless of the quality or originality of their work. Even back then I was aware that my resistance to this was naïve and idealistic. Deep down I understood that success, especially in creative fields, has always been a rigged game—famously more about who you know than the actual work. But still my resentment towards the compromises it seemed necessary to make was really making me question what I was getting myself into.

Around this time is when I started playing in bands. And then, after I got out of school, part of the reason I painted those tightly realistic and blatantly pretty little hummingbirds on the street was that I just wanted to say, “Fuck it.” I don’t need anyone’s benediction or permission, I can do whatever I want. Punk rock had opened my eyes enough for me to understand that art could be about more than providing expensive wall candy for rich people. It could actually speak truth to power, usually with a message of, “You suck,” or “You’ve totally failed us”. I was young and invulnerable so I was fine scraping by with rent-paying jobs, doing street art and playing in bands that would never make it.

Subscribe to Juxtapoz Magazine and save more than half off the newsstand price. We will also send you the current issue for free!