In the Magazine: Cleon Peterson 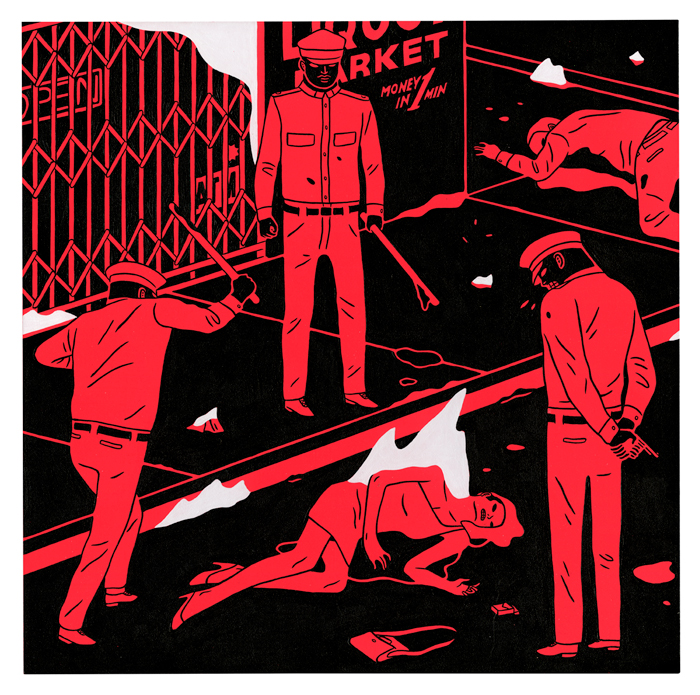 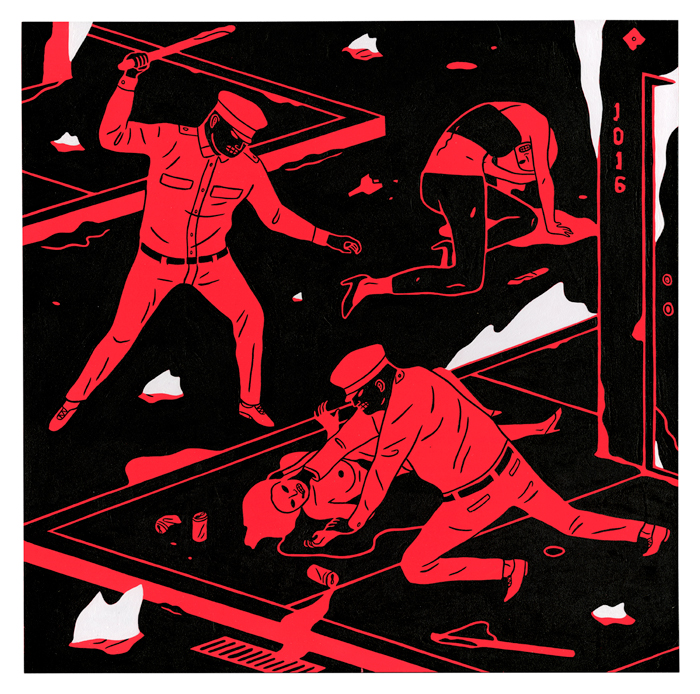 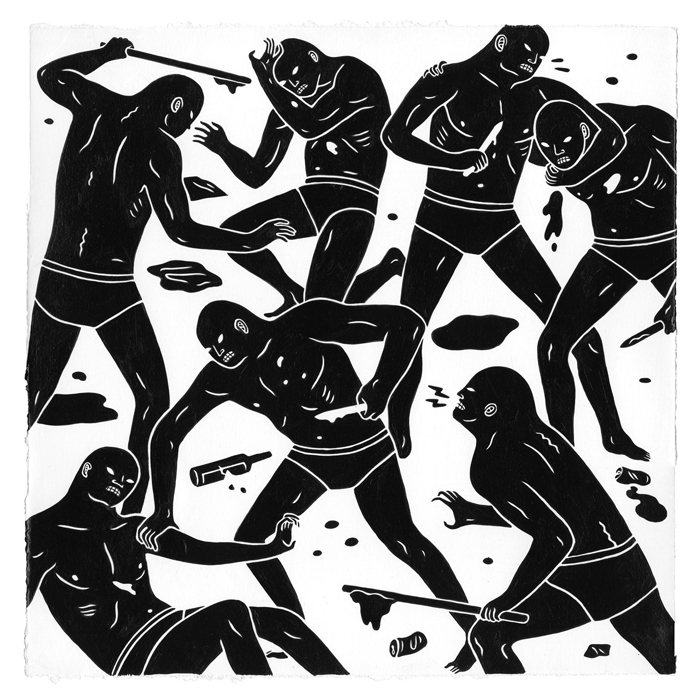 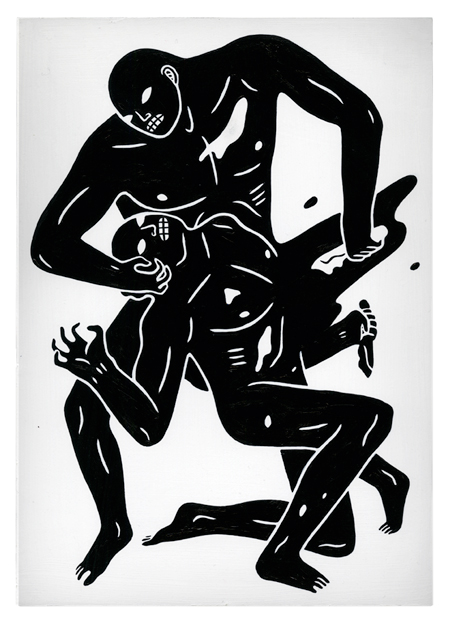 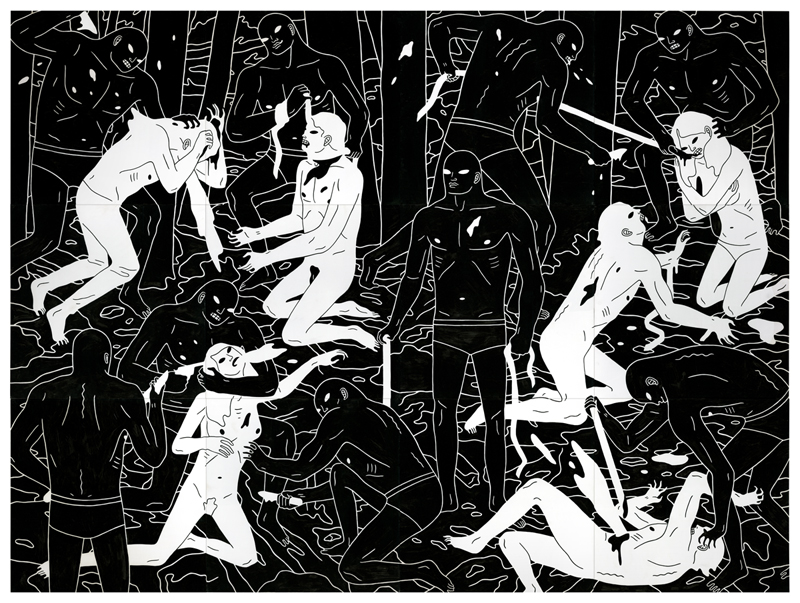 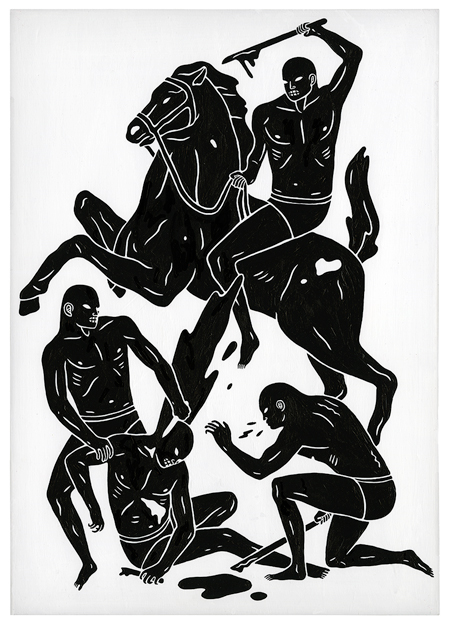 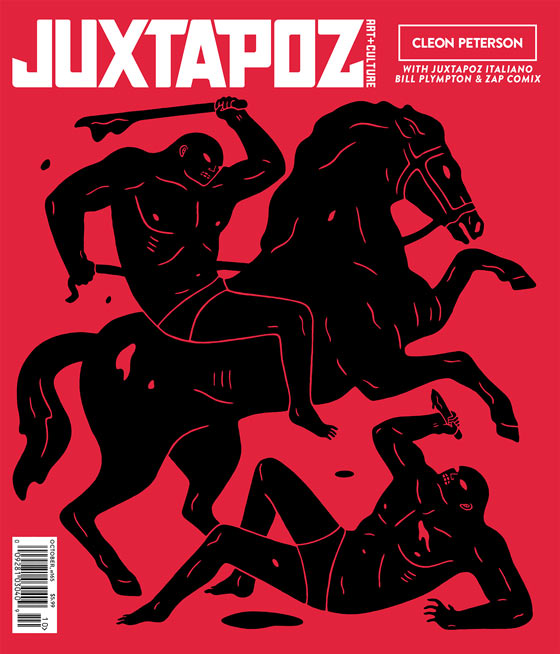 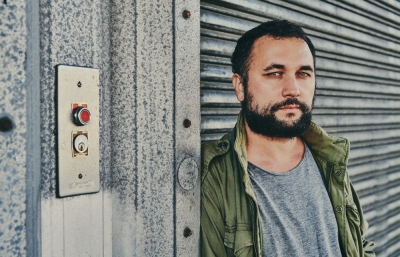 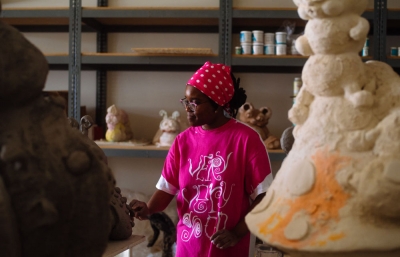 Cleon Peterson is not a painting. You are probably thinking to yourself, “No shit.” But you and I both know that the type of work Cleon Peterson produces brings up many questions about self and authorship. Let’s get that point out of the way immediately because we live in a time of extreme self-exposure and explanation, and I just want to make sure you’re with me...

Read the full interview with Cleon Peterson in our current issue, October 2014, on sale now.

Or recieve a free copy of the October issue when you subscribe today.

Cleon Peterson is not a painting. You are probably thinking to yourself, “No shit.” But you and I both know that the type of work Cleon Peterson produces brings up many questions about self and authorship. Let’s get that point out of the way immediately because we live in a time of extreme self-exposure and explanation, and I just want to make sure you’re with me.

These paintings are violent, rampant with murder, rape and brutality, all the things envisioned when thinking of a Gestapo past or some distant Orwellian vision. Upon looking at these paintings or anything that physically disturbs us, there is always a hesitancy to acknowledge the present. The “right now” is rarely considered, yet we all know violence and intimidation aren’t just the products of secret war missions and totalitarian aspirations. Whether mass media, television, video games, movies or music, we live in a time of omnipresent, ubiquitous fear, where power is everywhere. But the face of our anxiety remains nameless. What are we scared of when we are told to be scared of everything?

The most recent body of work from Cleon Peterson is a ballet of ruthless cruelty. As his work has matured, he has stripped away unneeded details and executed with the direct poetry of motion and action. I talked to Cleon in downtown Los Angeles prior to his trip to Chicago to paint a mural for Art Alliance Illinois. He stressed the importance of appreciating the elements of drama, the separation of artist and subject, and Philip K. Dick. —Evan Pricco

Evan Pricco: We talked about this before, how the viewer perceives you. I like the concept of the artist having distance from his work. In this case, how often do you have to answer questions about your own personality in regards to your work, as opposed to just talking about your art?
Cleon Peterson: I think that it's natural for people to see the art I make as a representation of me, my goals, my morals, and my overt or hidden aspirations. I think that people make the mistake of reading art as if it were advertising. We’ve all been conditioned to be lazy consumers and view things… let’s say, uncritically. We make the mistake of reading art like advertising, like the artist is trying to sell us a product or make us buy into a positivistic idea. Most of the advertising we’re confronted with in the world says, “Buy into this because it’s good and will make your life better.” That’s not the function of my art. I want to present things that are cognitively dissonant, ideas that make the viewer have to think critically about the ethical, moral, and historical roles we all play in the world.

In terms of these historical roles that people see in your art, do people automatically think America? Do they think classical warfare? Do they think futurism? I always tend to believe that people see violent, dystopian work and think, "This is the future," instead of considering the now.
I intentionally keep it generalized because I don’t want it to be pinned down to any specific events or histories. The narratives are universal, and if you really analyze them, these moments are totally current. I think that people tend to push dystopia into the future because they can’t bear to take an honest look at the world we currently live in: a world of Big Brother, Soma, racism and genocide. There’s also the idea of the apocalypse that is always in the future that humans have been obsessed with since the beginning of time. I think global warming is our newest apocalypse story, but this time, instead of being a zealot’s premonition, it’s a scientific premonition.

The October 2014 issue of Juxtapoz Magazine is on sale now.