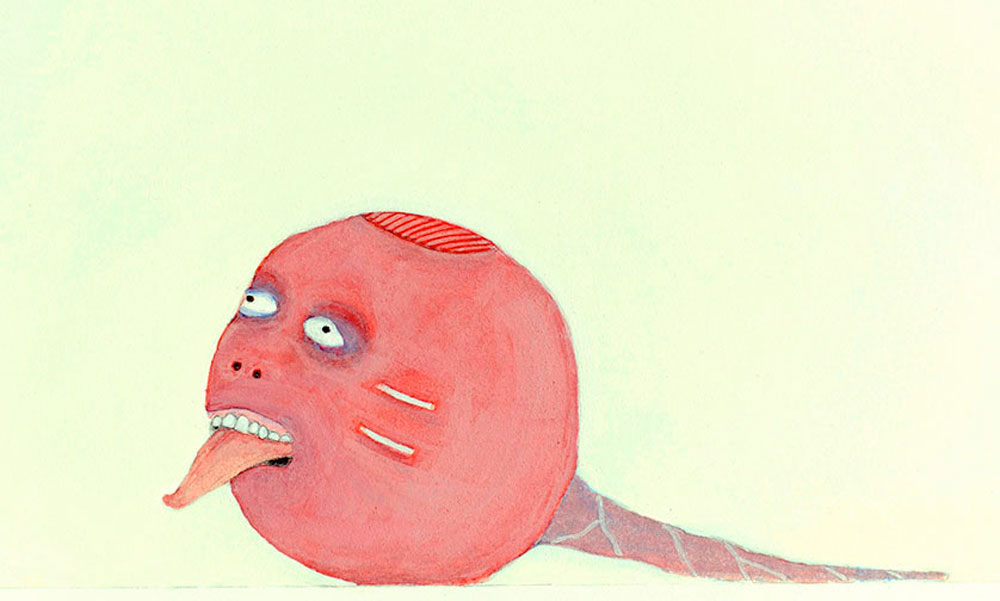 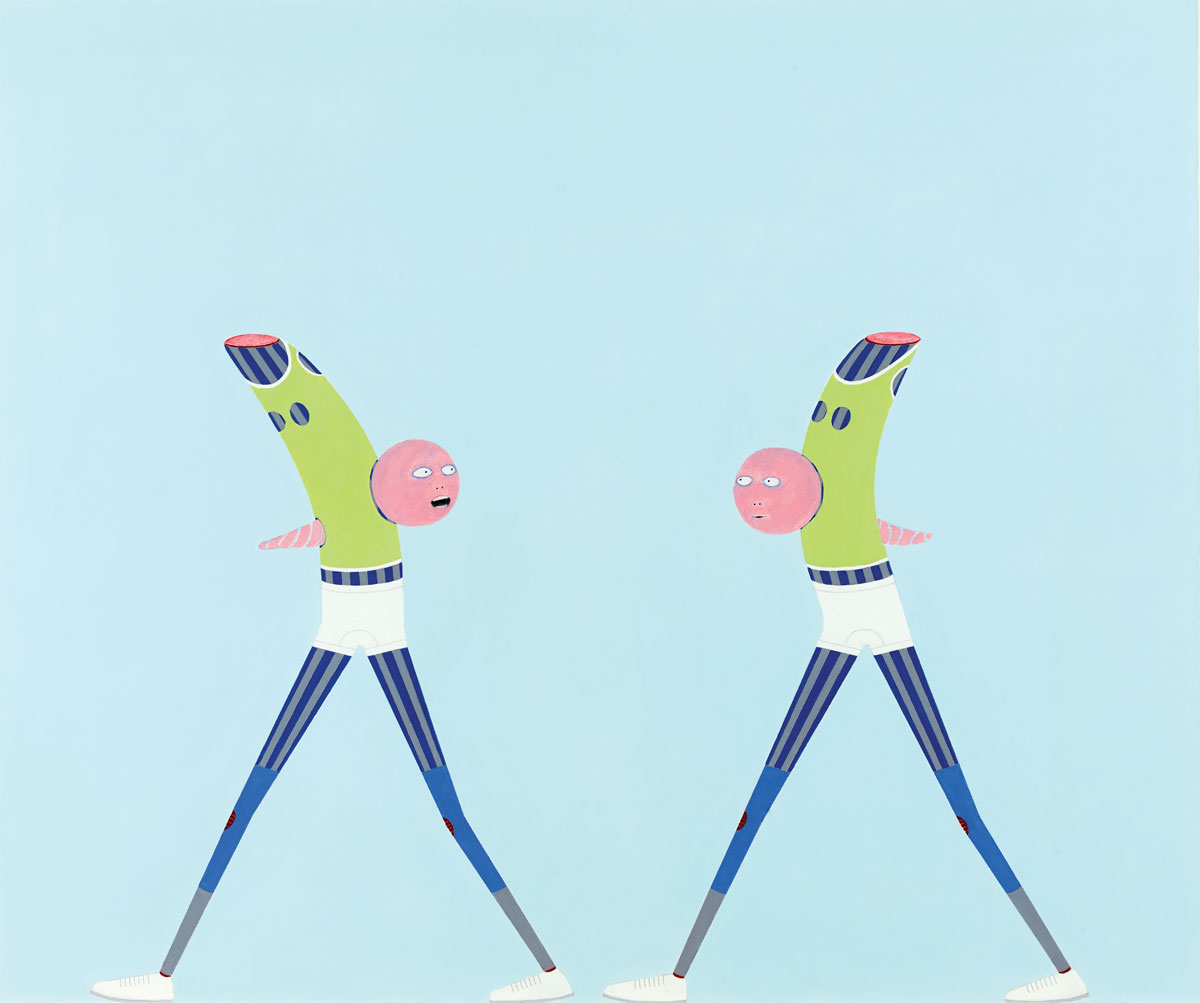 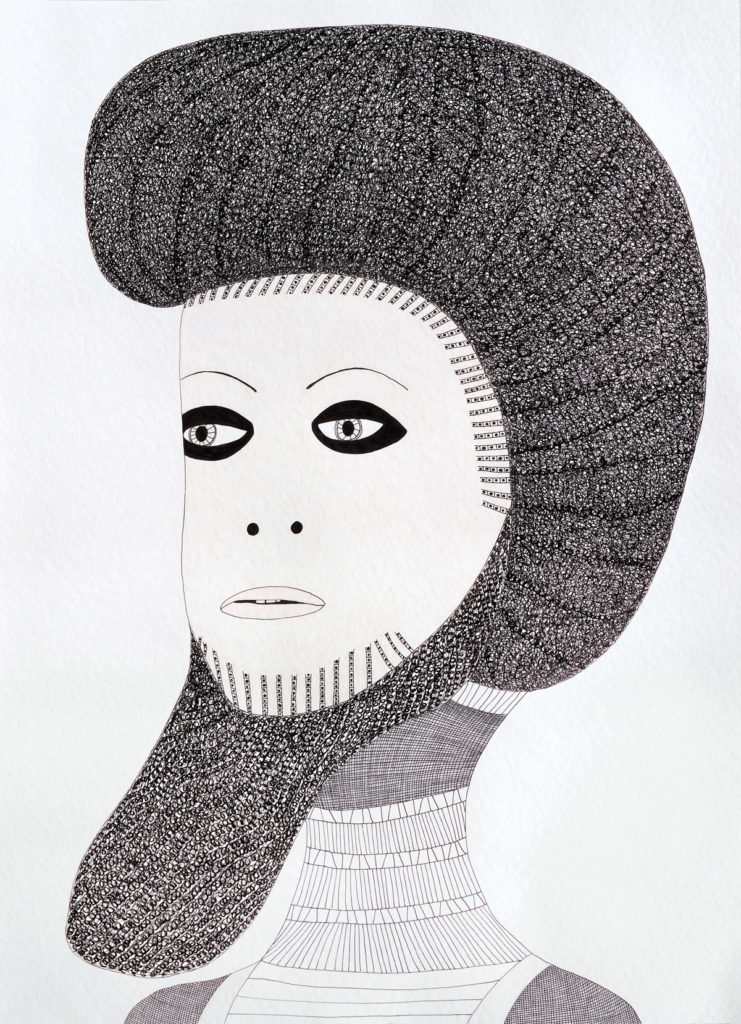 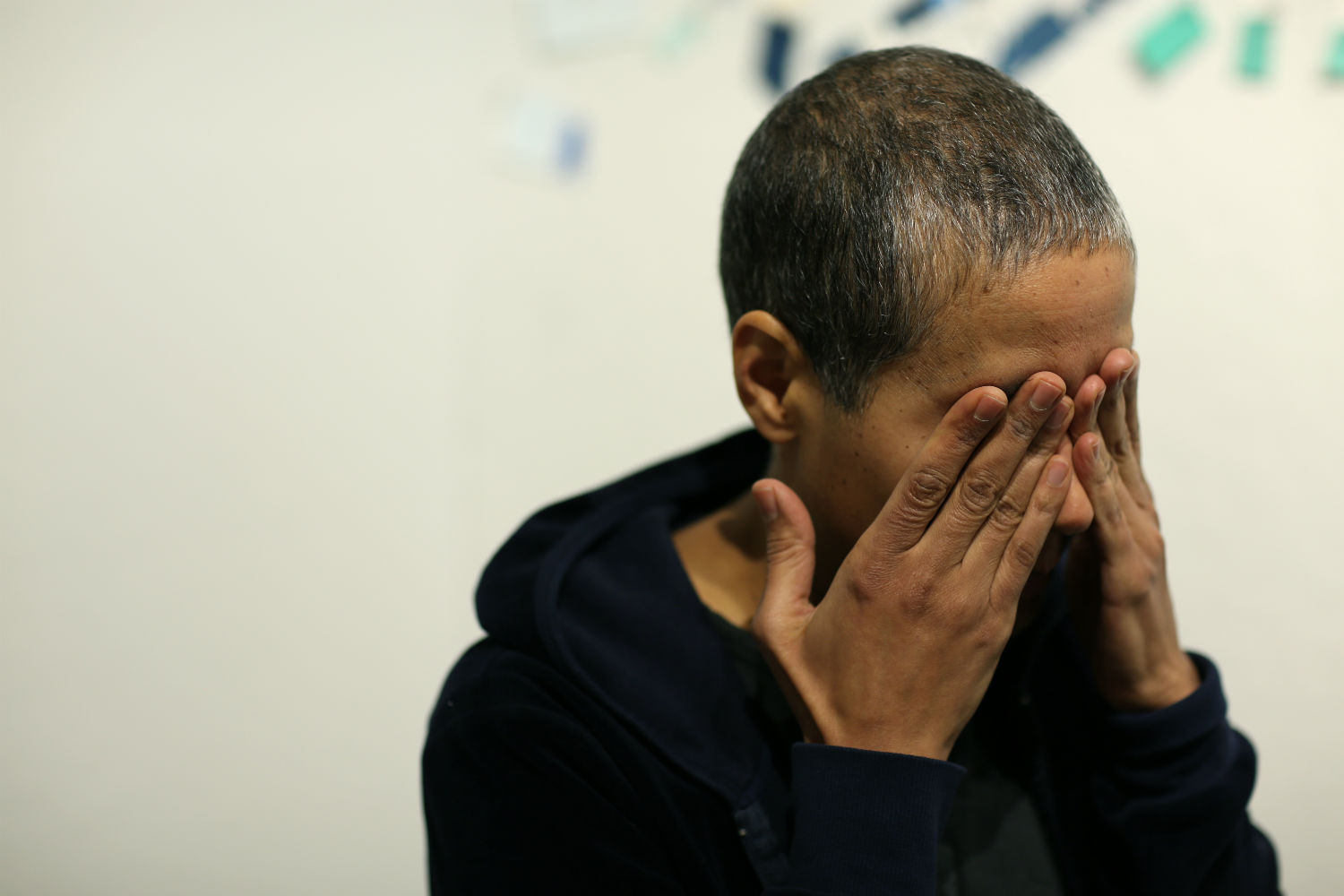 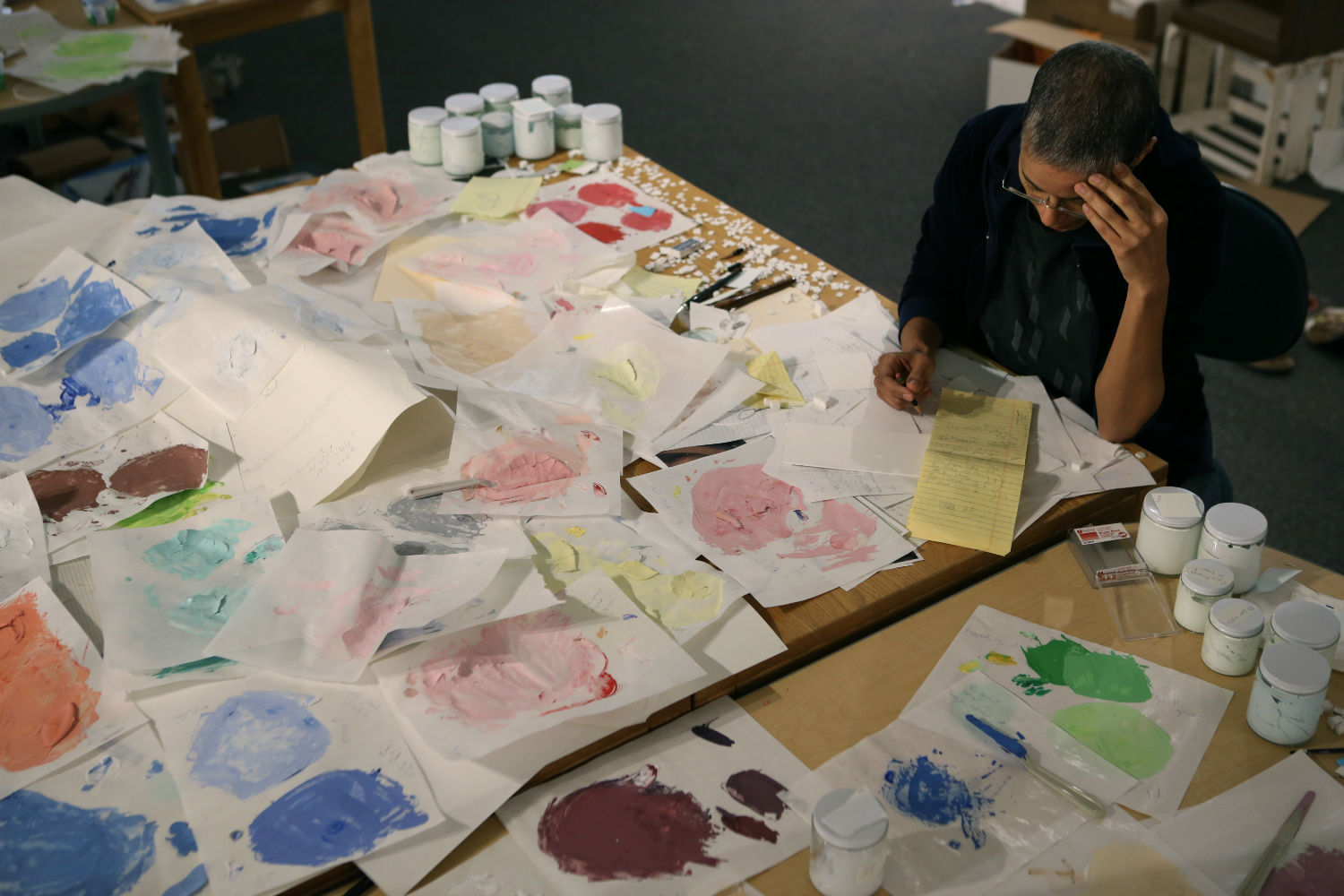 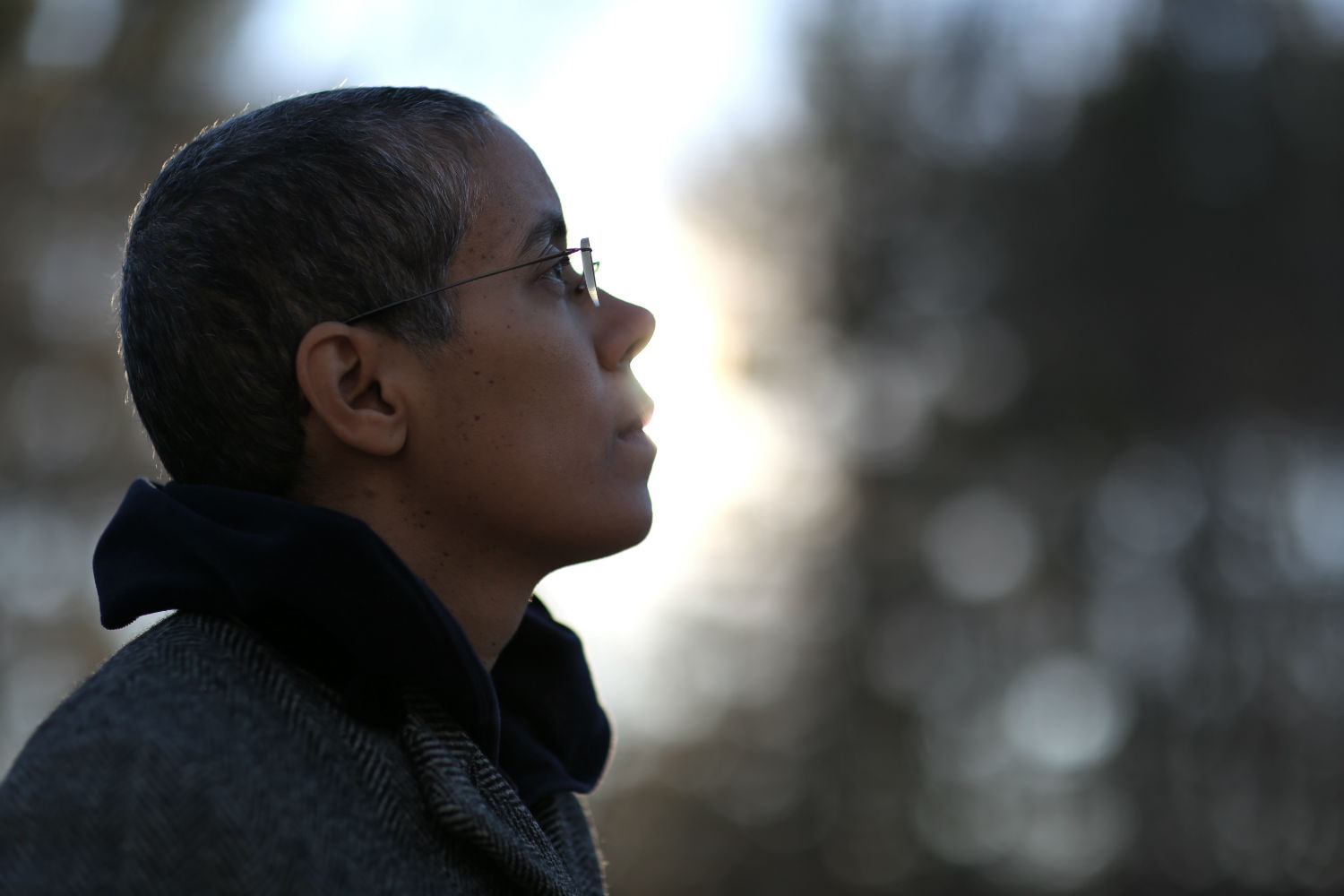 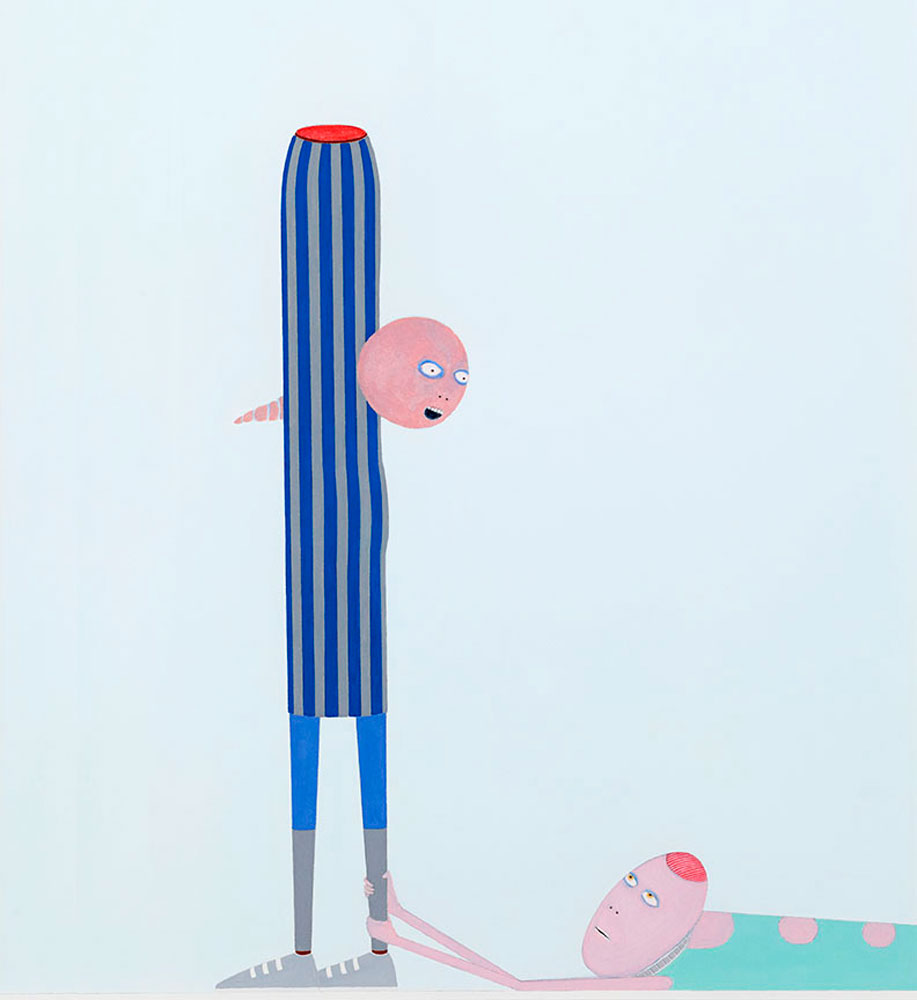 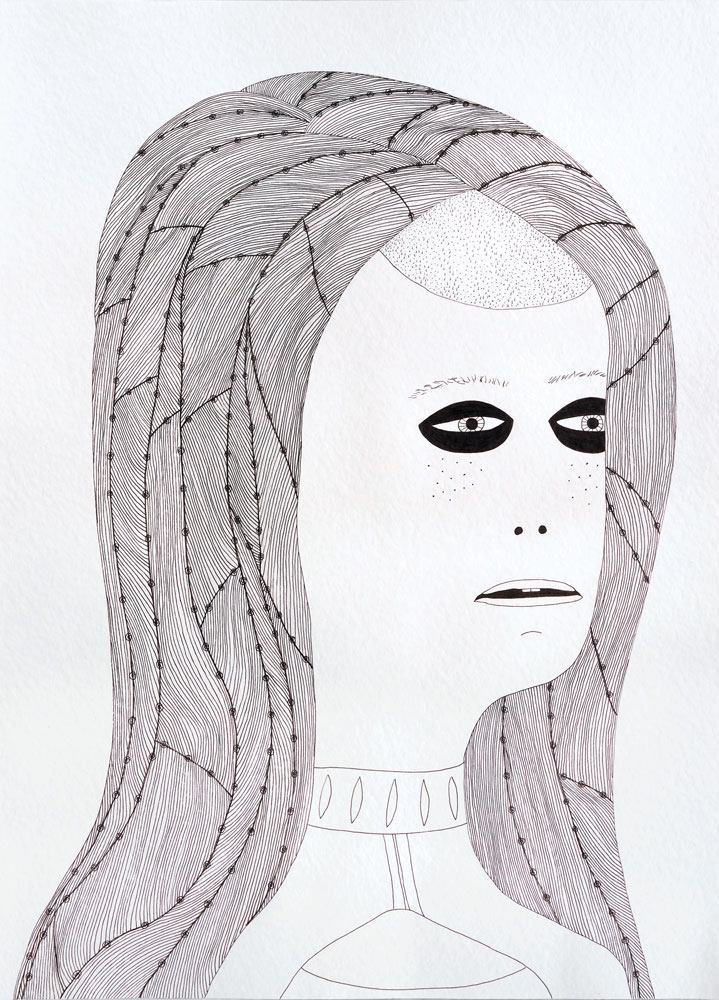 "We might be aware of singular injustices as they are brought to our attention but we are still remarkably bad at understanding how everything is linked, how the patterns add up and convey larger meanings," Laylah Ali told Juxtapoz when we sat down with her in her studio in Massachusetts back in 2016. "I am probably more concerned with patterns of behavior than I am with singular events." That nuance is now fully on display in Ali's exhibition, The Acephalous Series, on view now at Silber Art Gallery on the campus of Goucher College, Maryland.

From the gallery: Widely known for her iconic series, the Greenheads, which was the subject of a traveling museum exhibition from 2012-13, Ali explores power dynamics and interpersonal conflict through compositions that position culturally and sexually ambiguous figures in precarious, loaded, and unexpectedly humorous situations. The precision with which Ali creates her small, figurative, gouache paintings on paper is such that it takes her many months to complete a single work. In The Acephalous Series, Ali has introduced a fraught community of figures, including those with minimal bodies, some who lack heads, and others who appear to be on an endless, determined trek.

The exhibition is on view through March 16, 2019.
Images via ArtNews