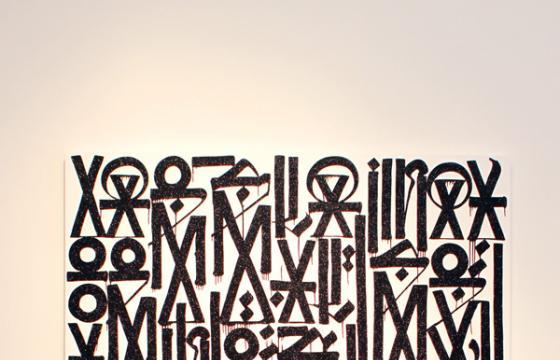 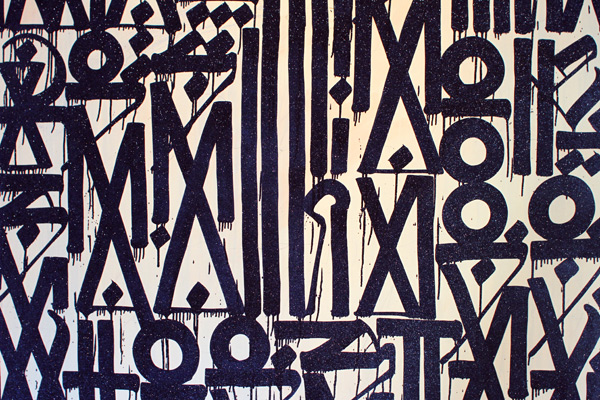 This past weekend we stopped by the opening reception for Retna’s latest solo exhibition at Michael Kohn Gallery. The former Juxtapoz cover artist transformed the interior and exterior spaces with his complex system of multi-layered lettering in an installation of murals and paintings. Photos and more after the jump… 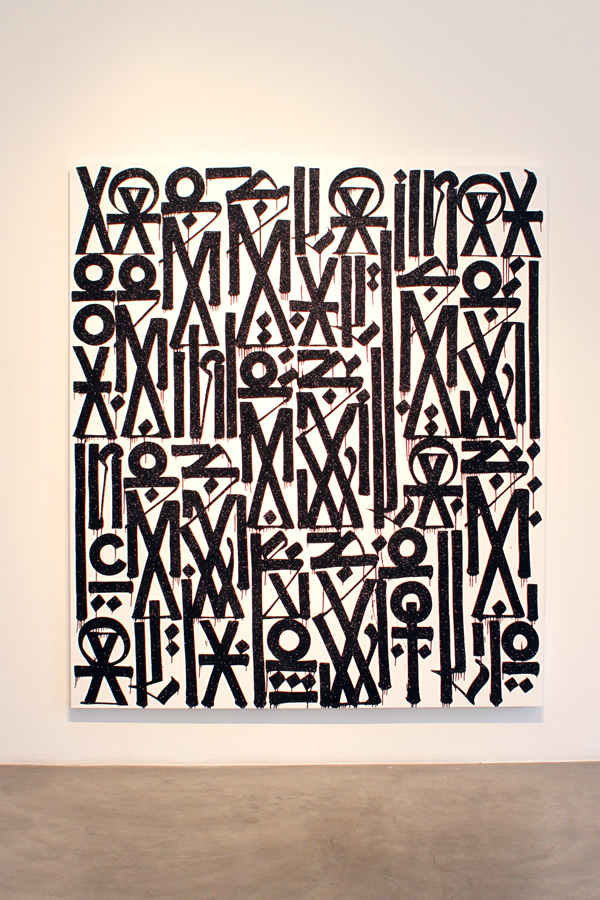 Michael Kohn Gallery is thrilled to announce an exhibition of new paintings, works on paper and site-specific installations from artist Retna. Born and bred in Los Angeles, Retna has come to art world attention from his critically acclaimed participation in Art in the Streets, organized by the Museum of Contemporary Art, Los Angeles.

Retna has a particular interest in the visual writings of ancient cultures, from Arabic and Persian to Hebrew and Native American. Both hieroglyphics and the graceful tradition of ink calligraphy inform his paintbrush while the angles and curves of his improvised alphabet echo the architecture of a mosque or Asian temple. Equally evident in Retna's nuanced script is the artist's interest in Modernist abstraction. One can see influences of Mark Tobey's intricate and orderly composition as well as the gestural strength of Franz Kline.

Retna is also a product of his own time. His work is informed by contemporary artistic precedents that include Barbara Kruger, Jenny Holzer, Jean-Michel Basquiat and Glenn Ligon—all artists using text and image to expand the boundaries of painting and confound visual interpretation. Retna's works are simultaneously conceptual, literal and abstract. The artist is able to synthesize all of these precedents and influences into a seamless and elegant abstract painting.

The artist adopted the alias Retna from the Wu Tang Clan track Heaterz: "Kinetic globes light will then shine, burns your retina." He typically paints to music and allows the rhythmic beat and flow to partly guide his intuitive and emotive script. Beyond the fluidity of music, Retna's work contains imagery and histories that are vast and diverse. The symbols and pictographs of his signature script are inlaid with his multicultural background of El Salvadorian, Cherokee, Spaniard, Pipil and African-American lineage.

Retna will be invited into the gallery to transform both the interior and exterior spaces with his complex system of multi-layered lettering in an installation of murals and paintings.

In 2009, Retna was featured in an episode of Ovation TV's American Revolutionaries, a series profiling innovative and impactful artists. Most recently, Retna embarked on his Hallelujah World Tour in 2011, which made exhibition stops in New York, and London. Retna's work can be found here in Los Angeles in a permanent large-scale mural at the West Hollywood Library alongside the work of Shepard Fairey and Kenny Scharf.

Following are a few images from the opening reception. 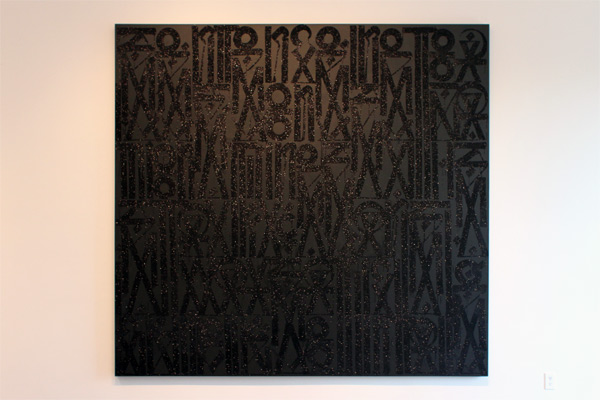 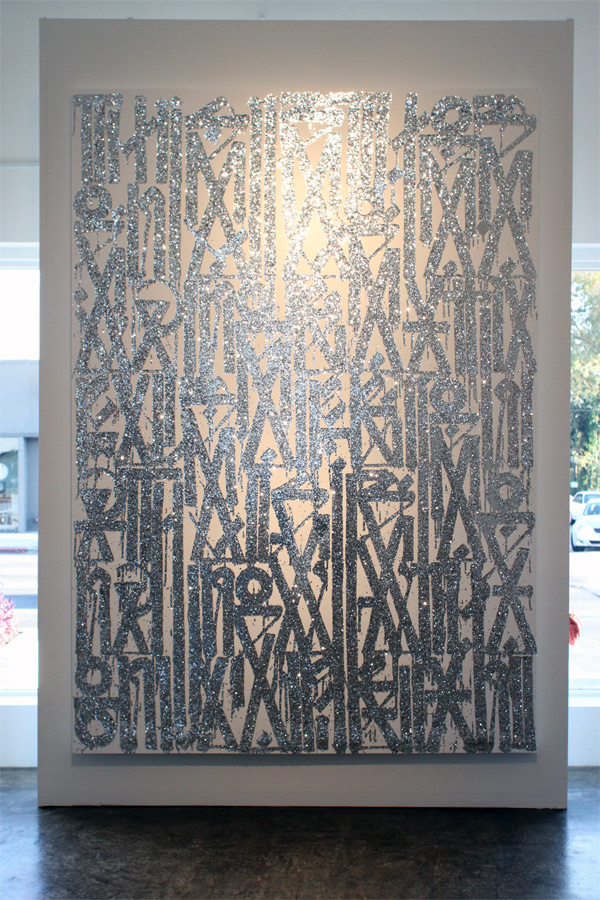 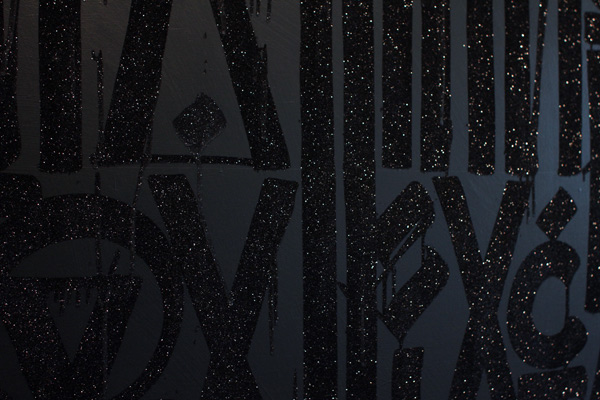 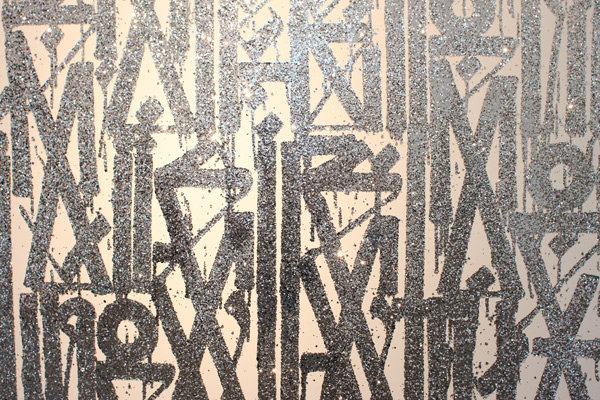 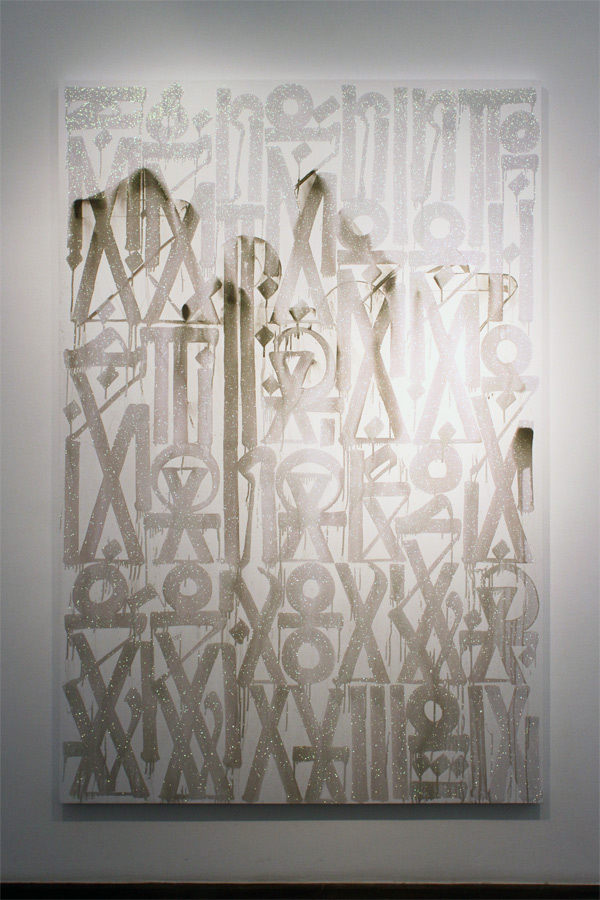 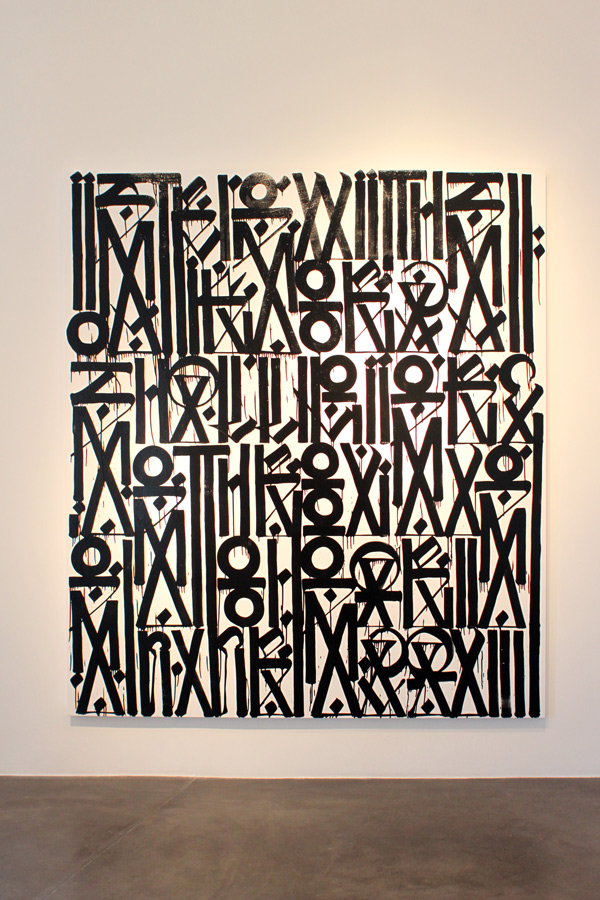 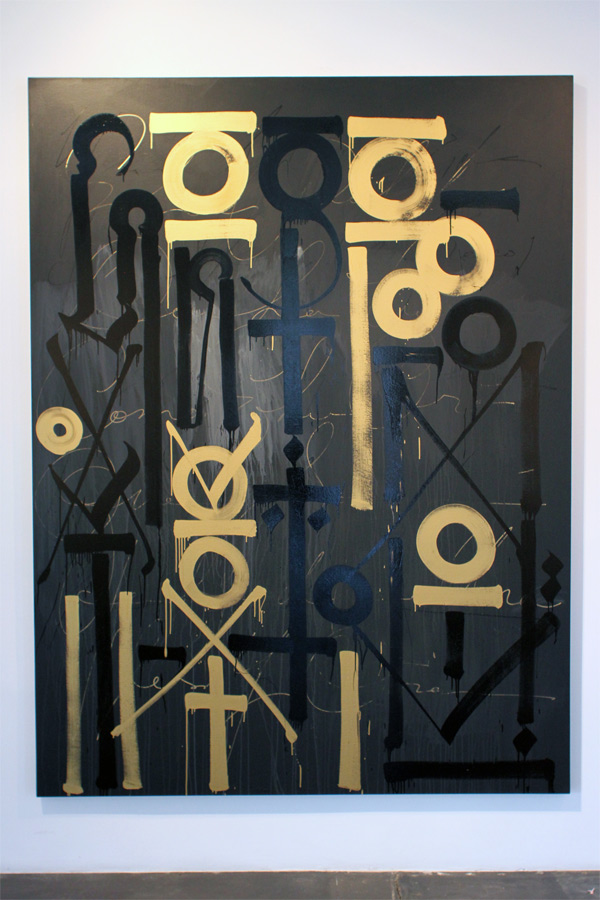 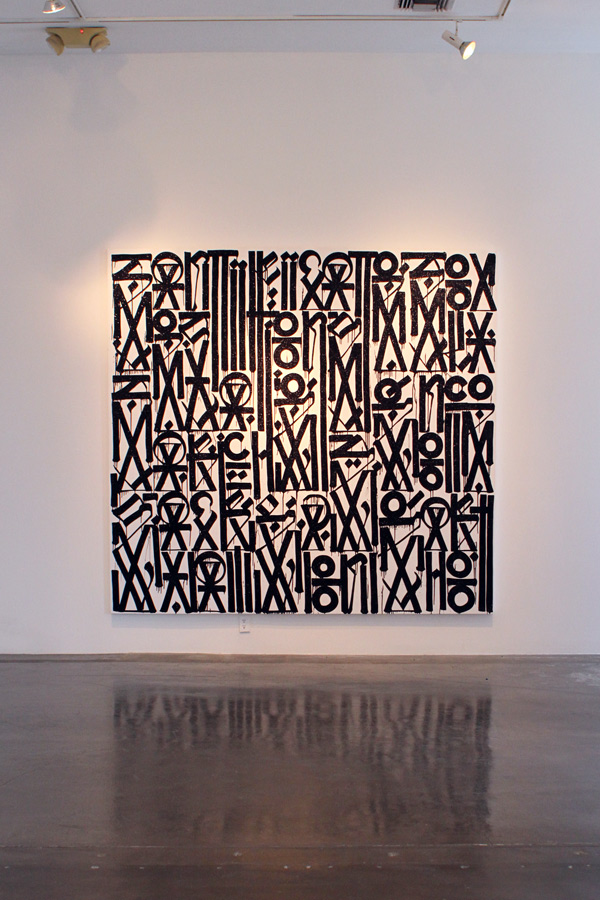 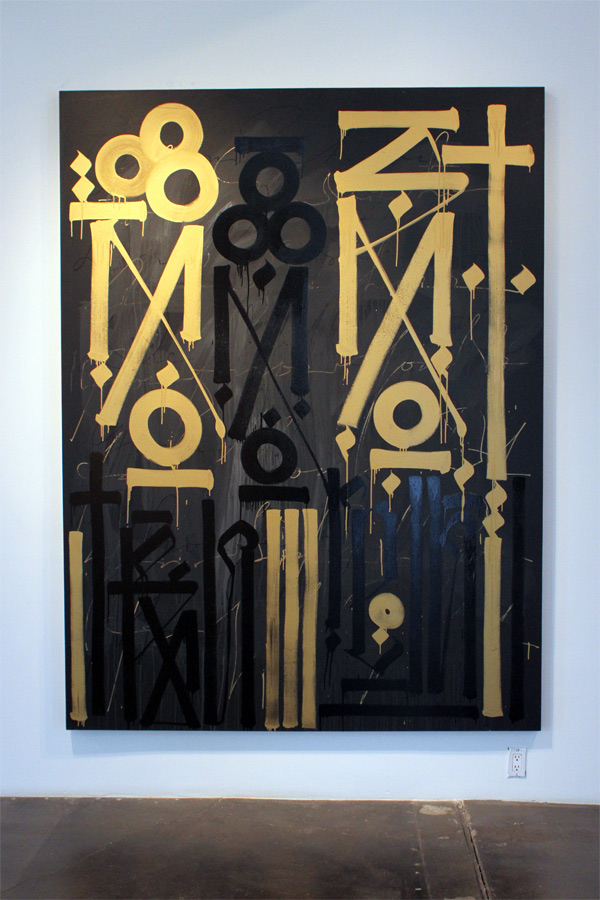 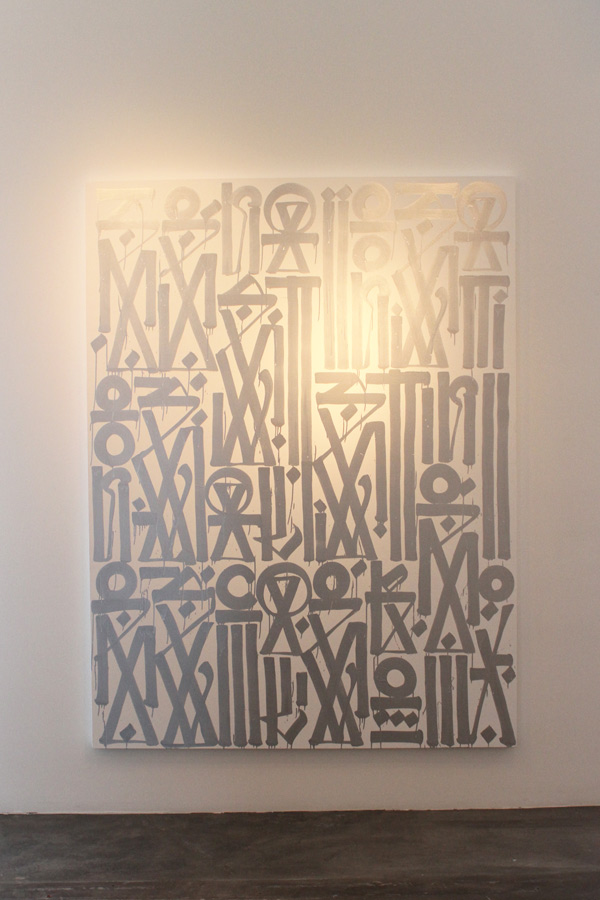 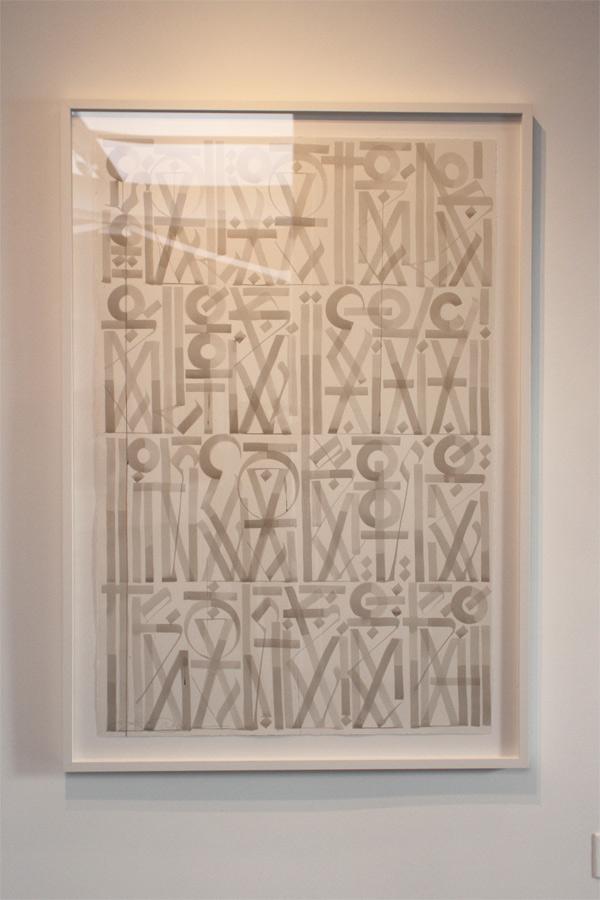 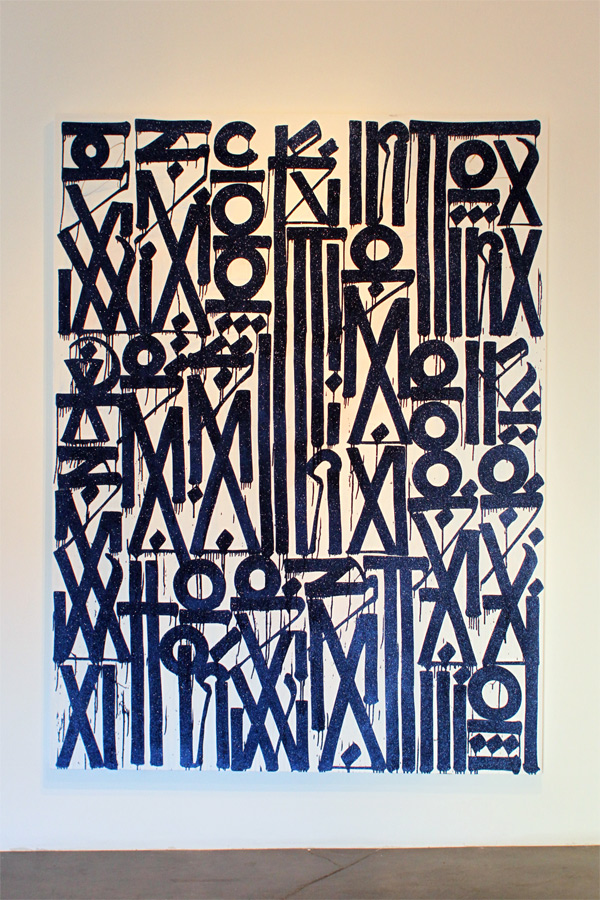 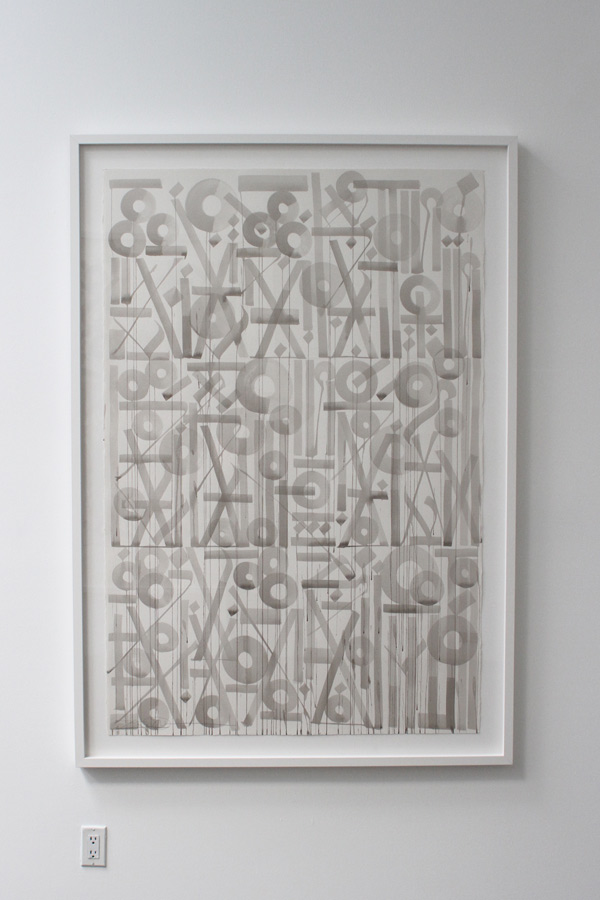 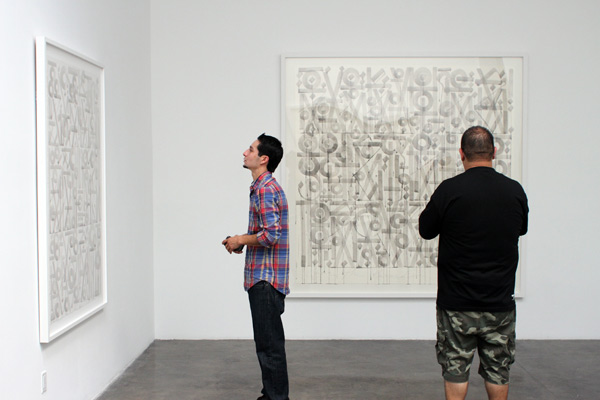 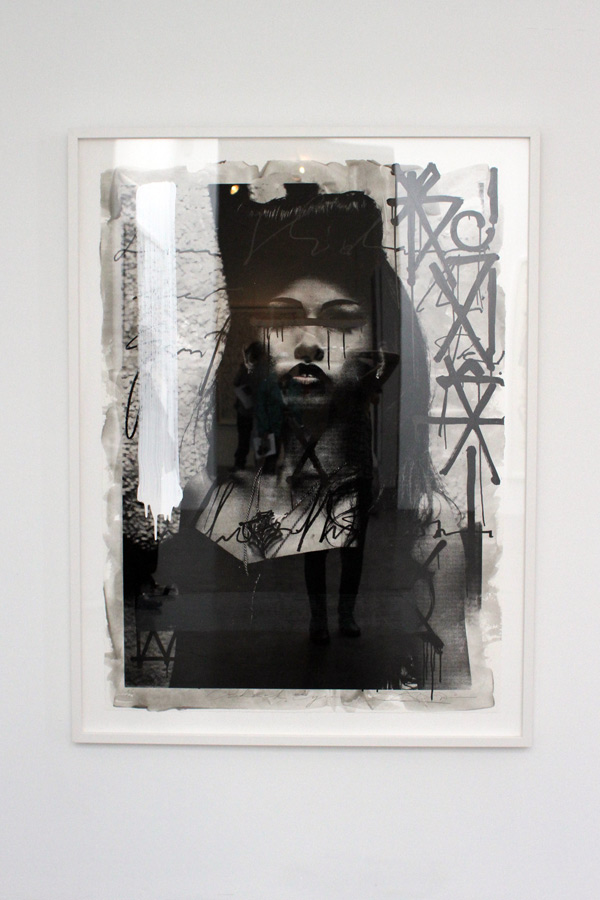 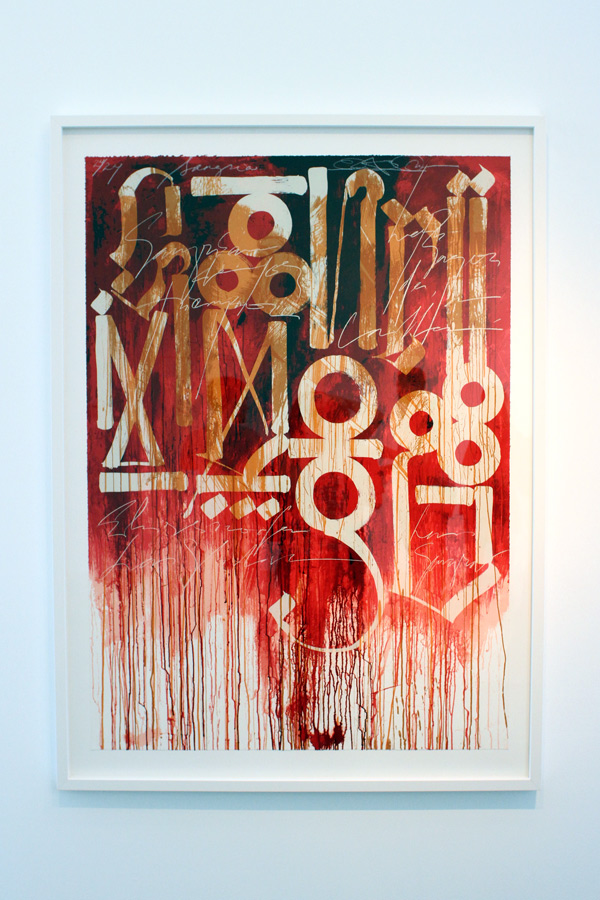 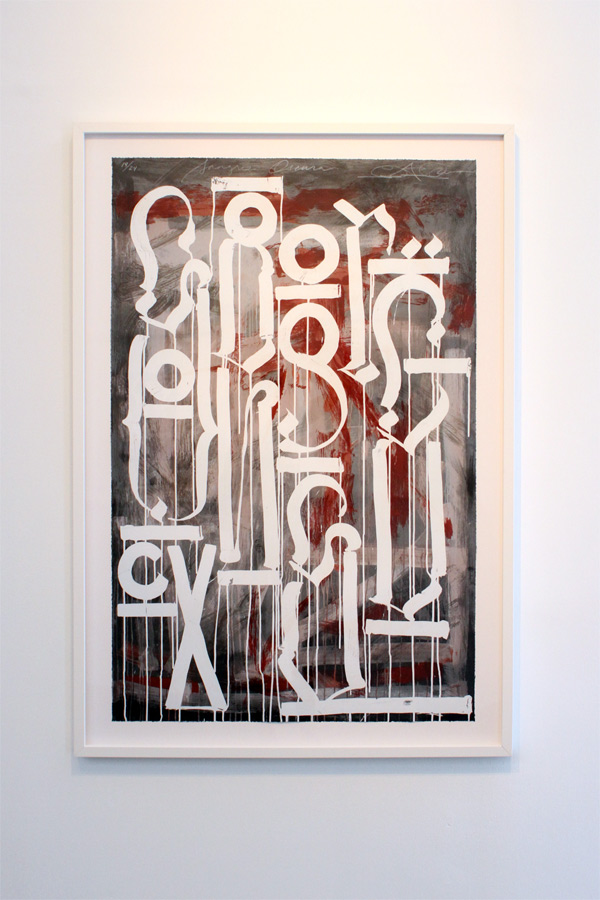 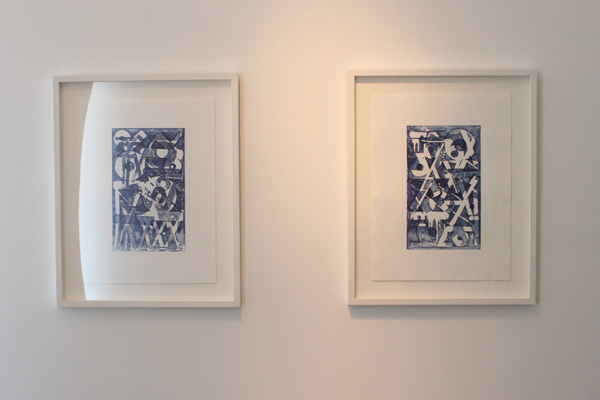 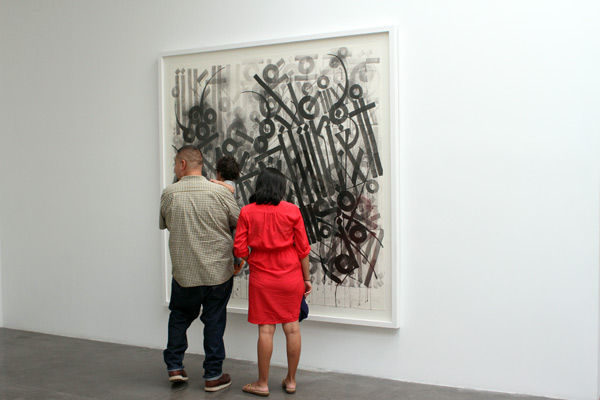 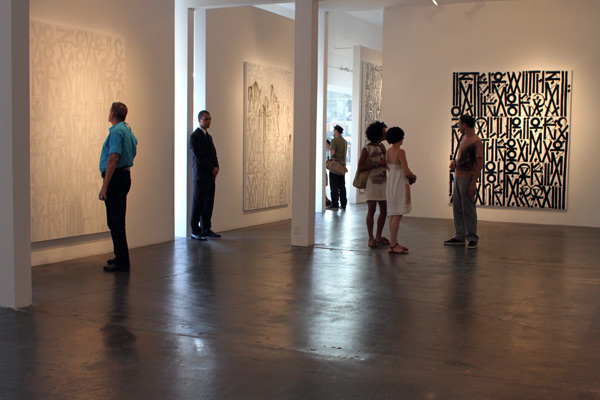 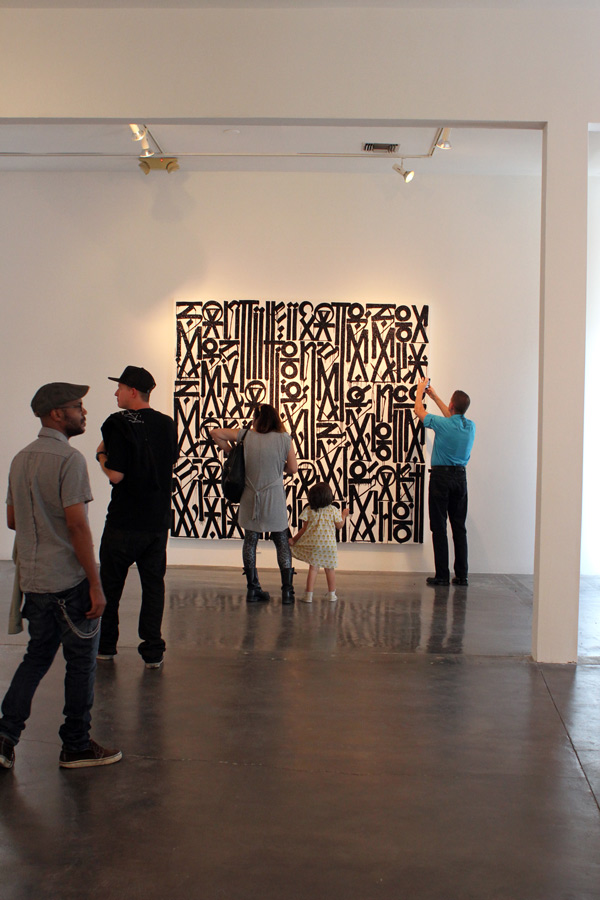 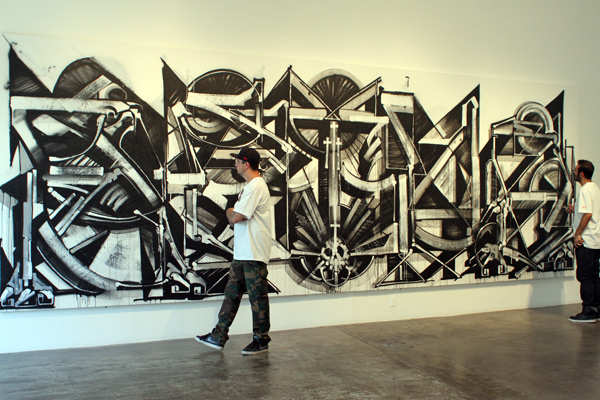 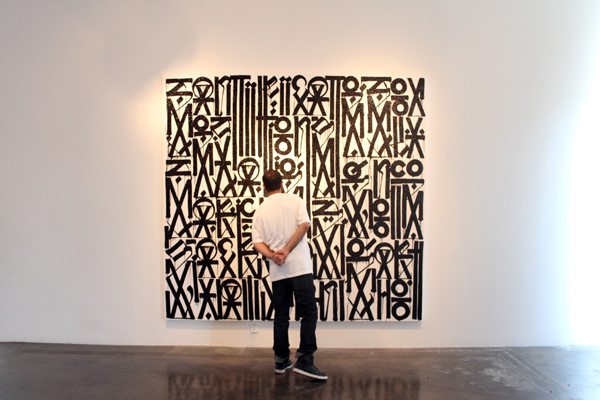 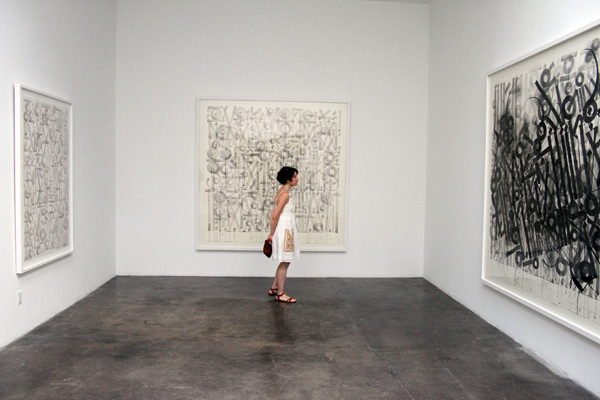 New Paintings and Works on Paper