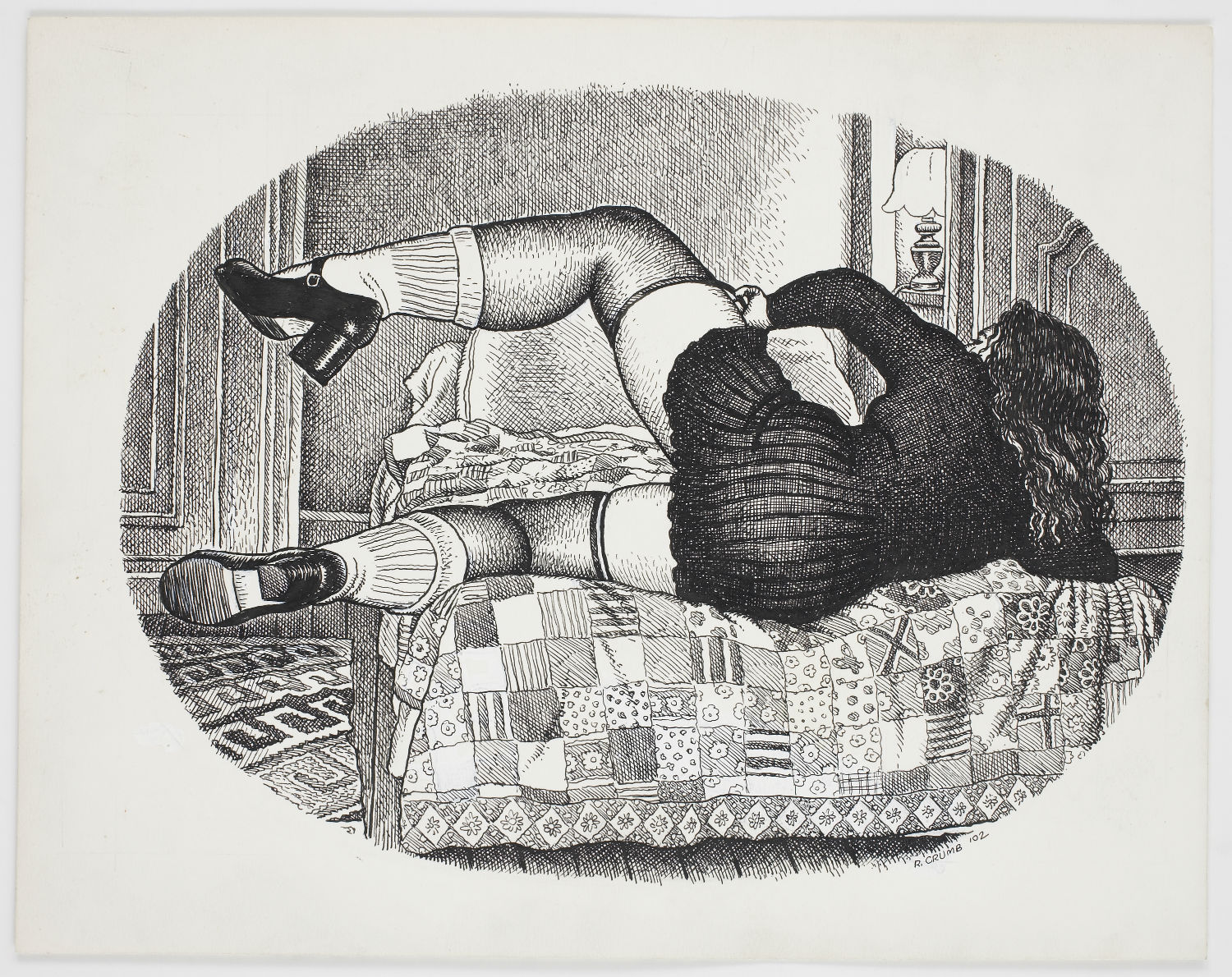 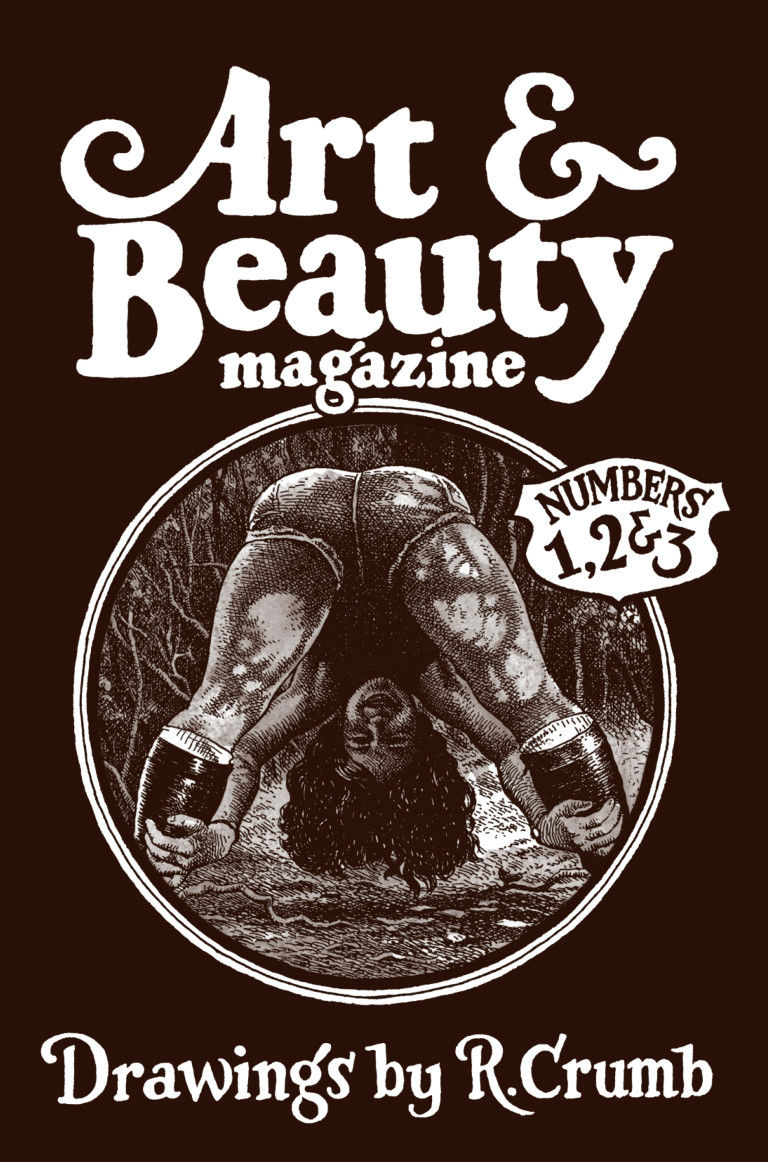 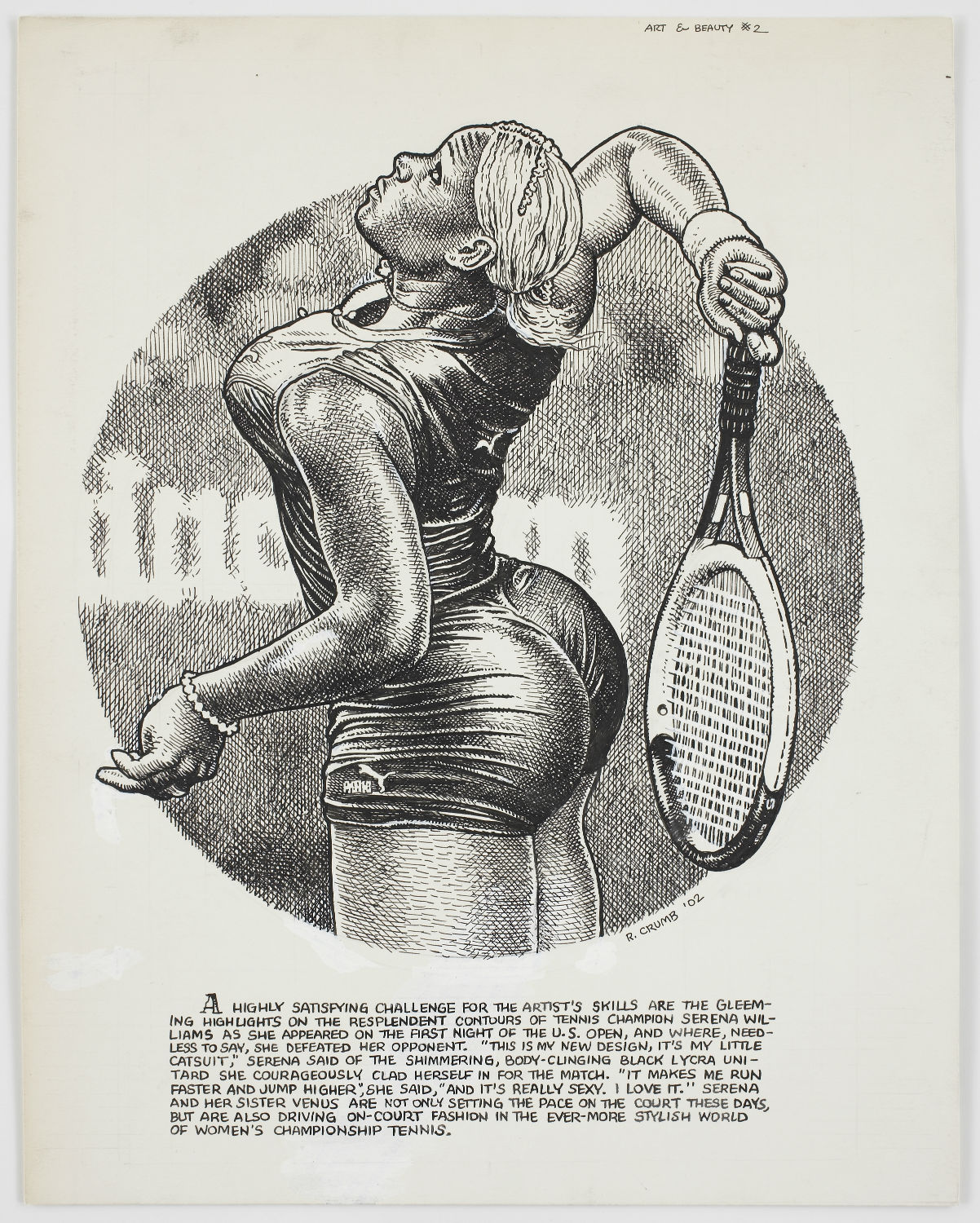 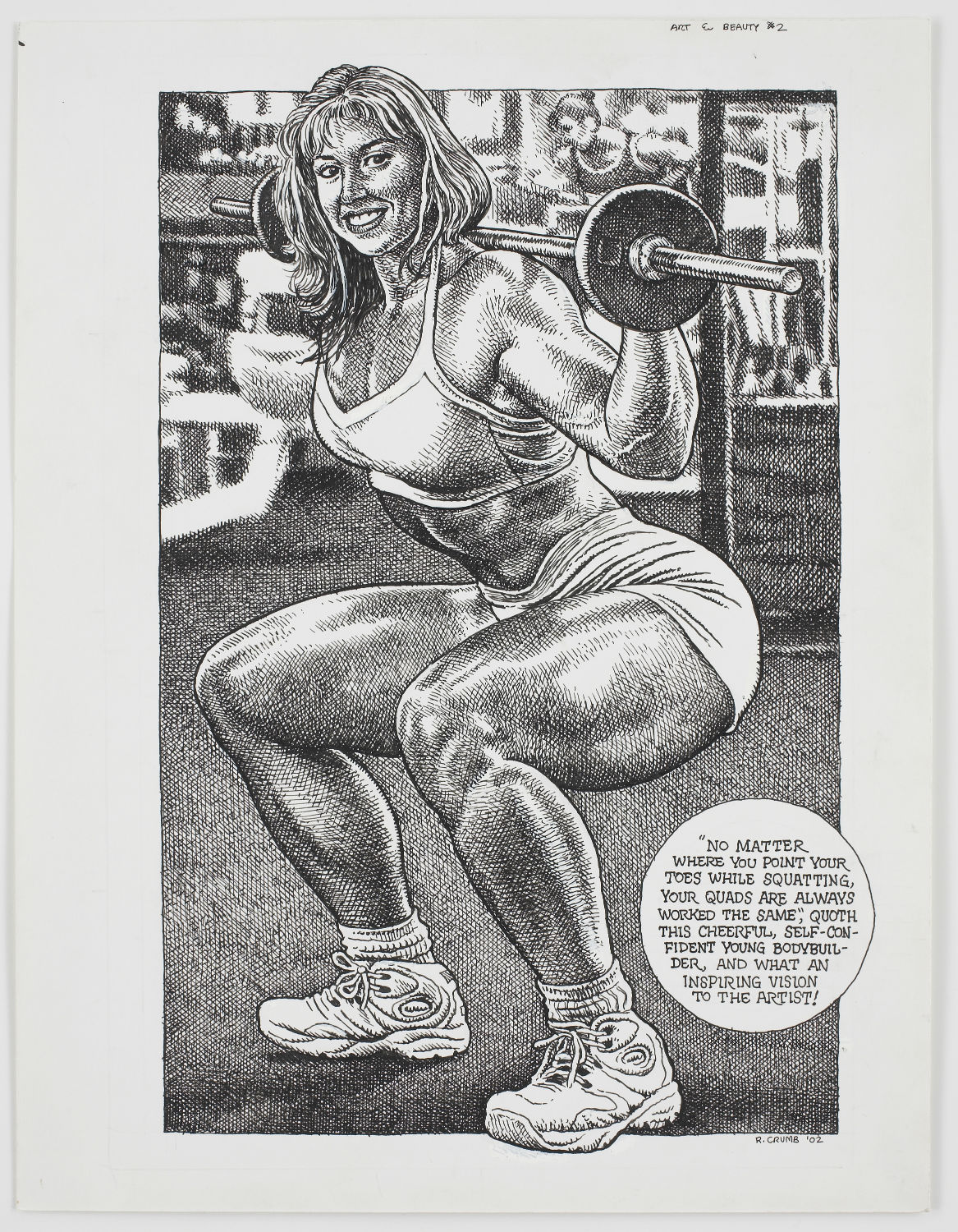 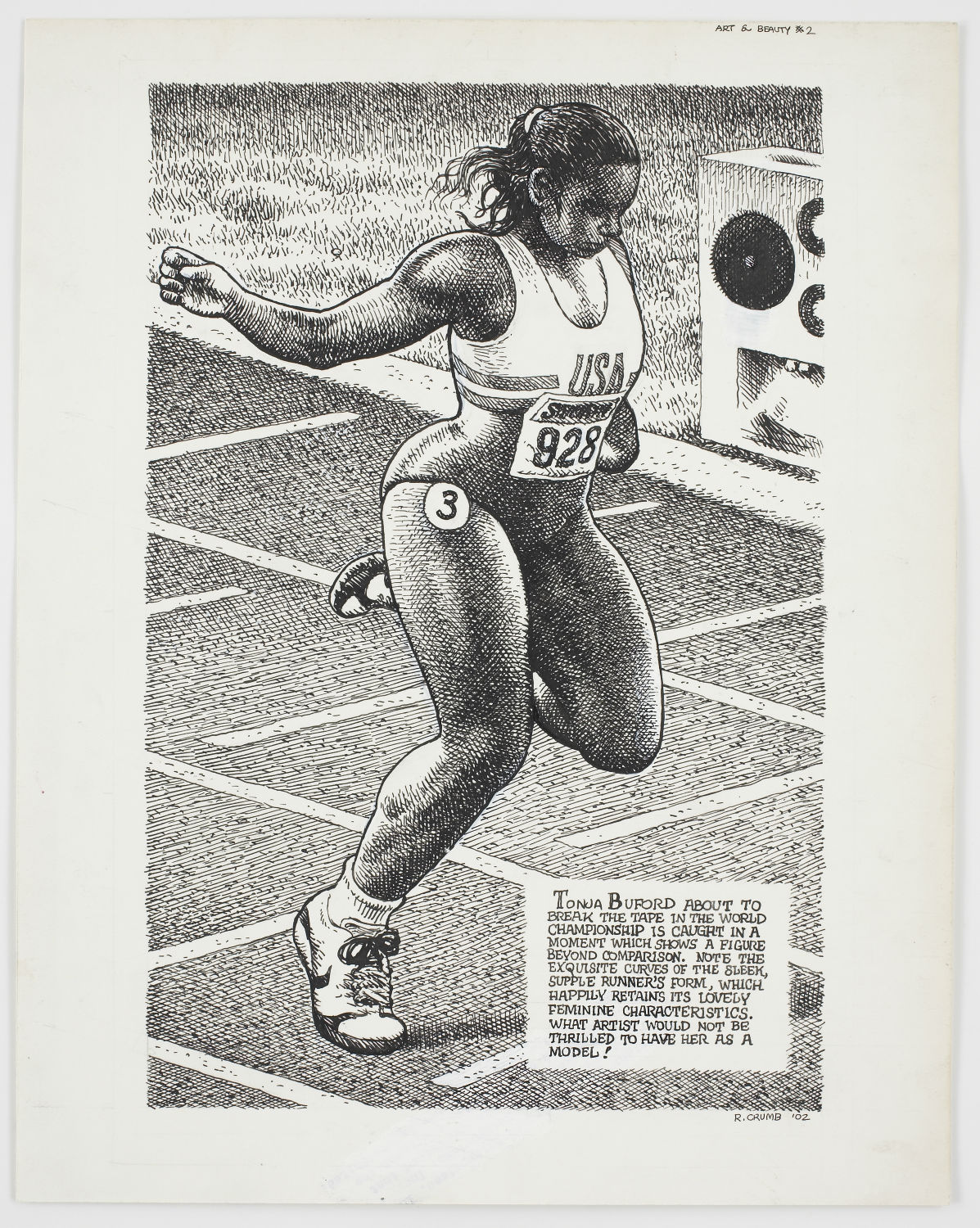 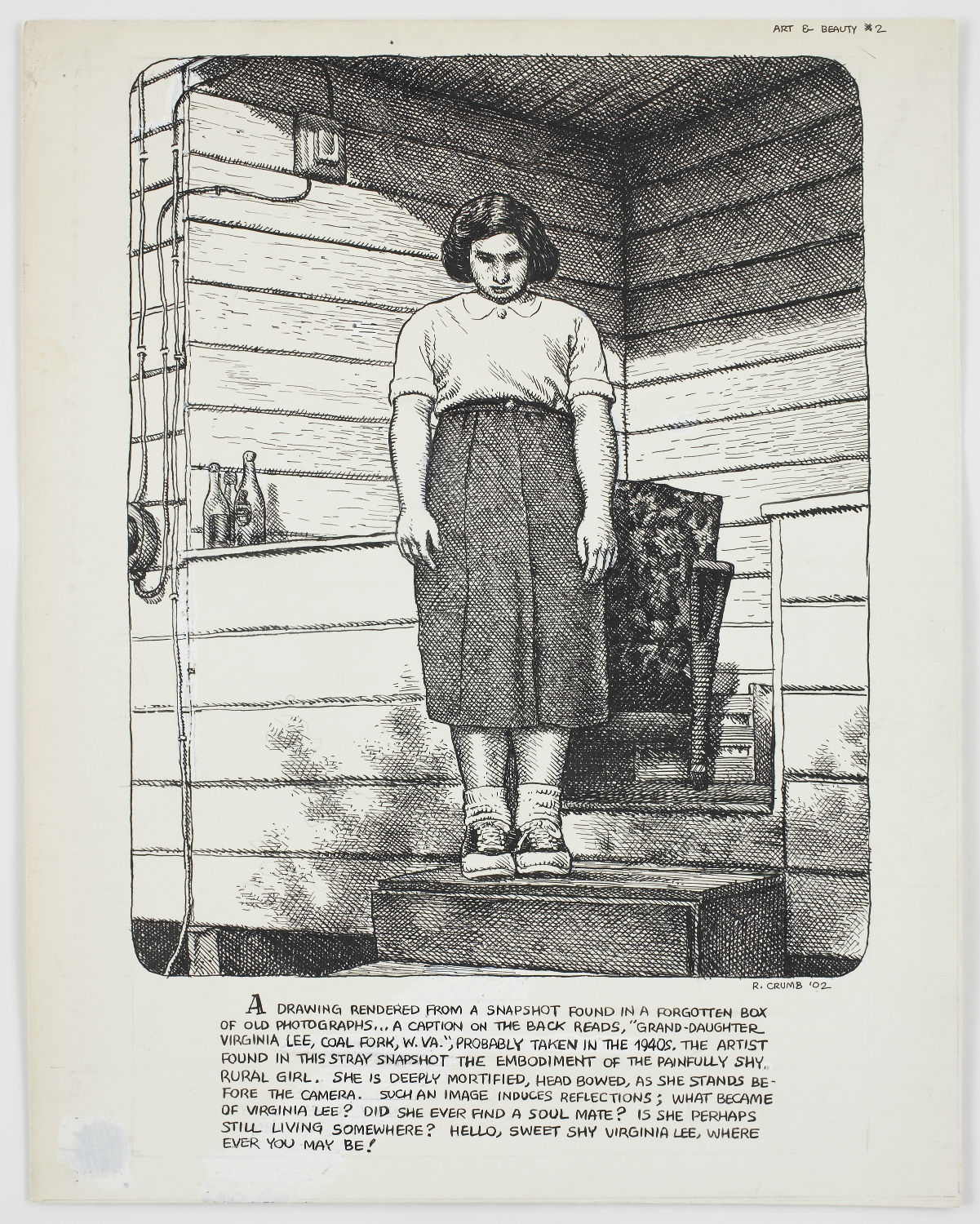 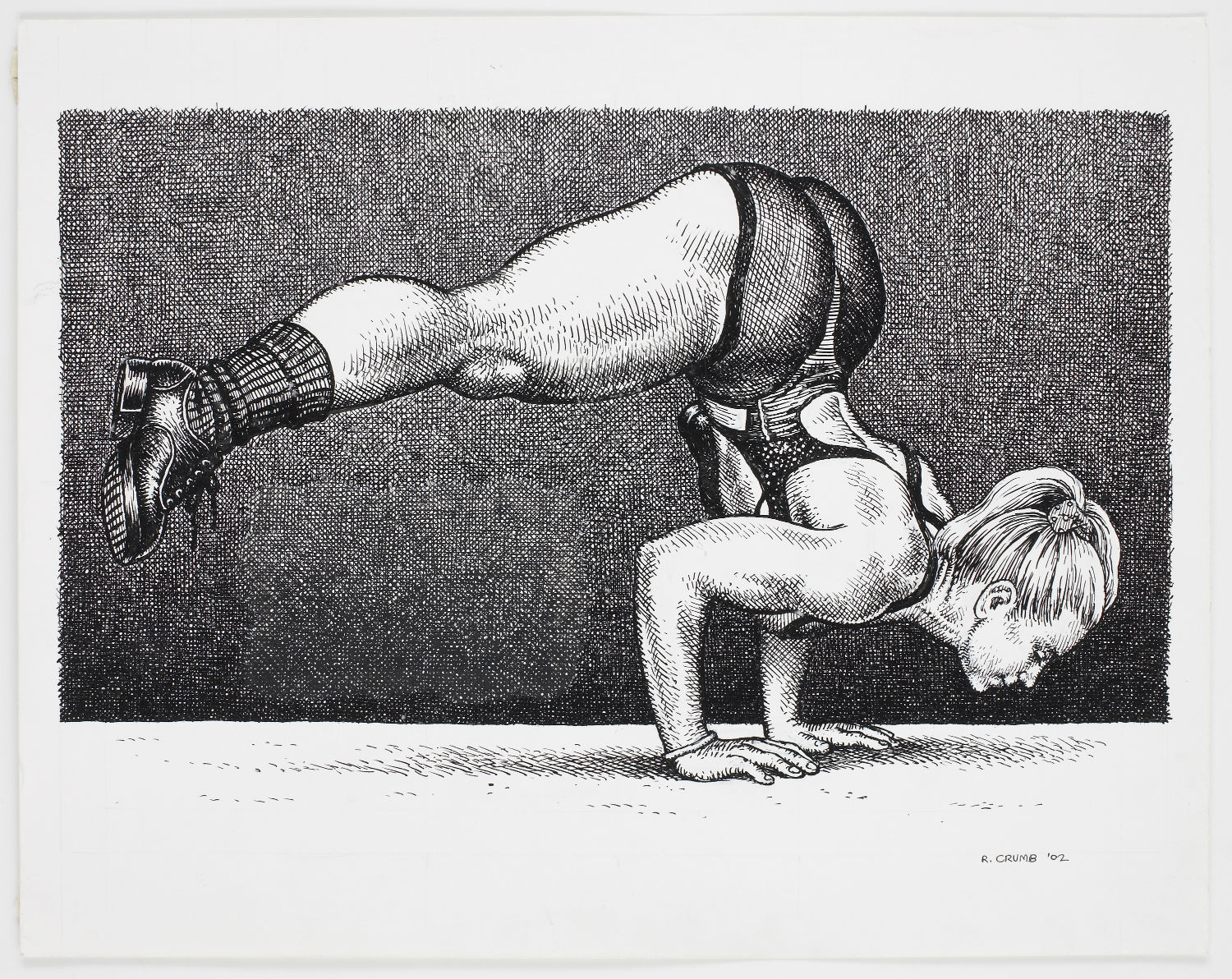 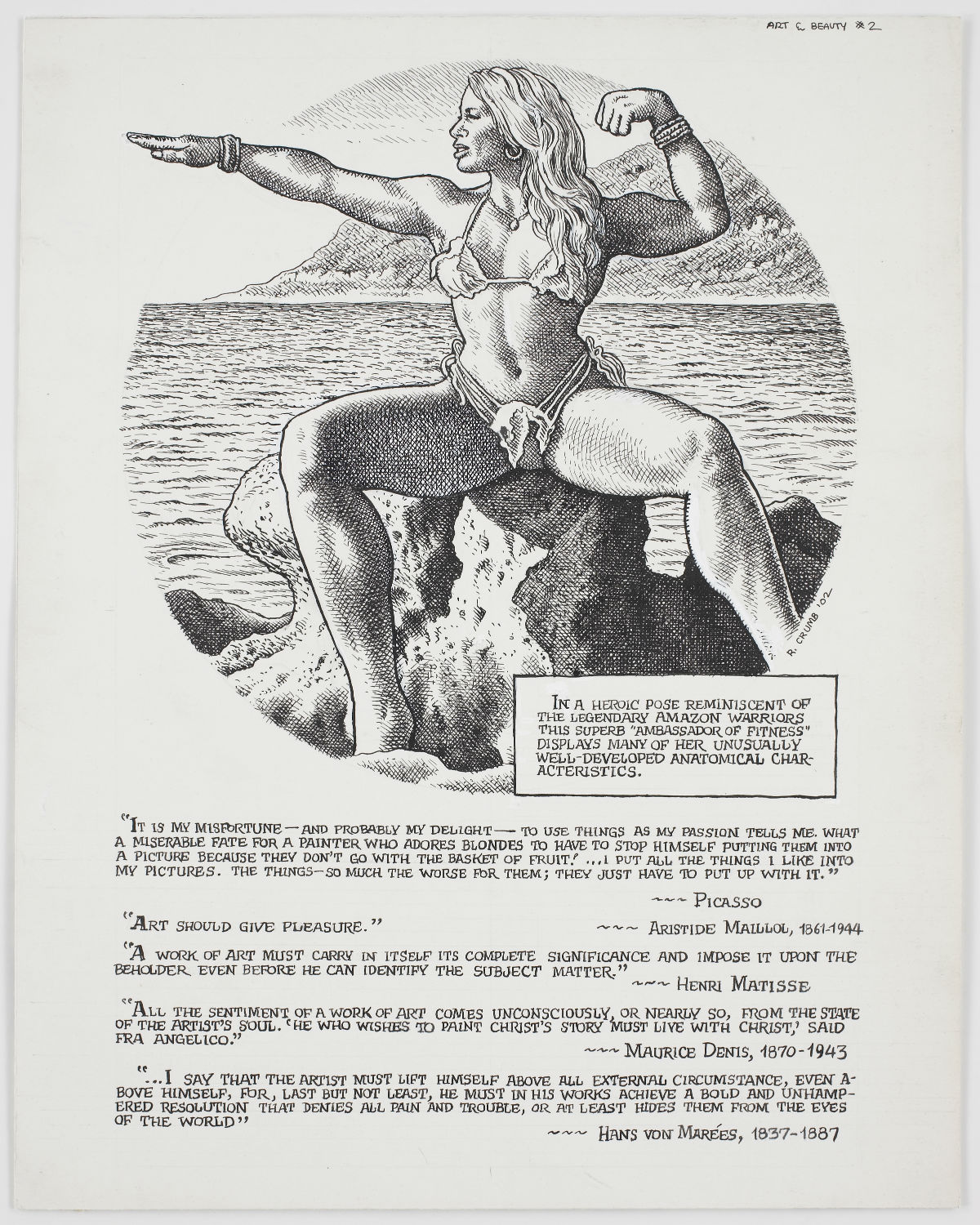 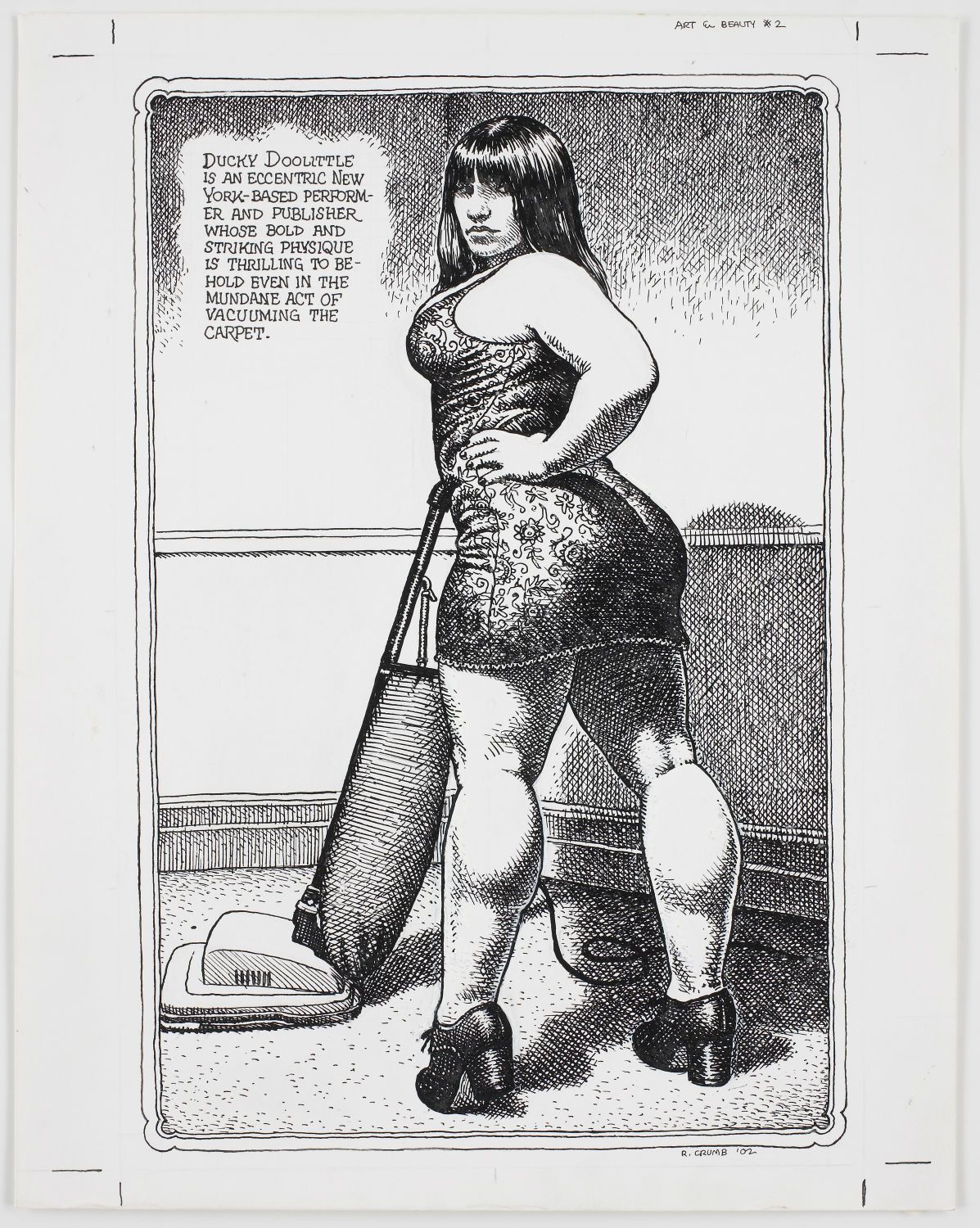 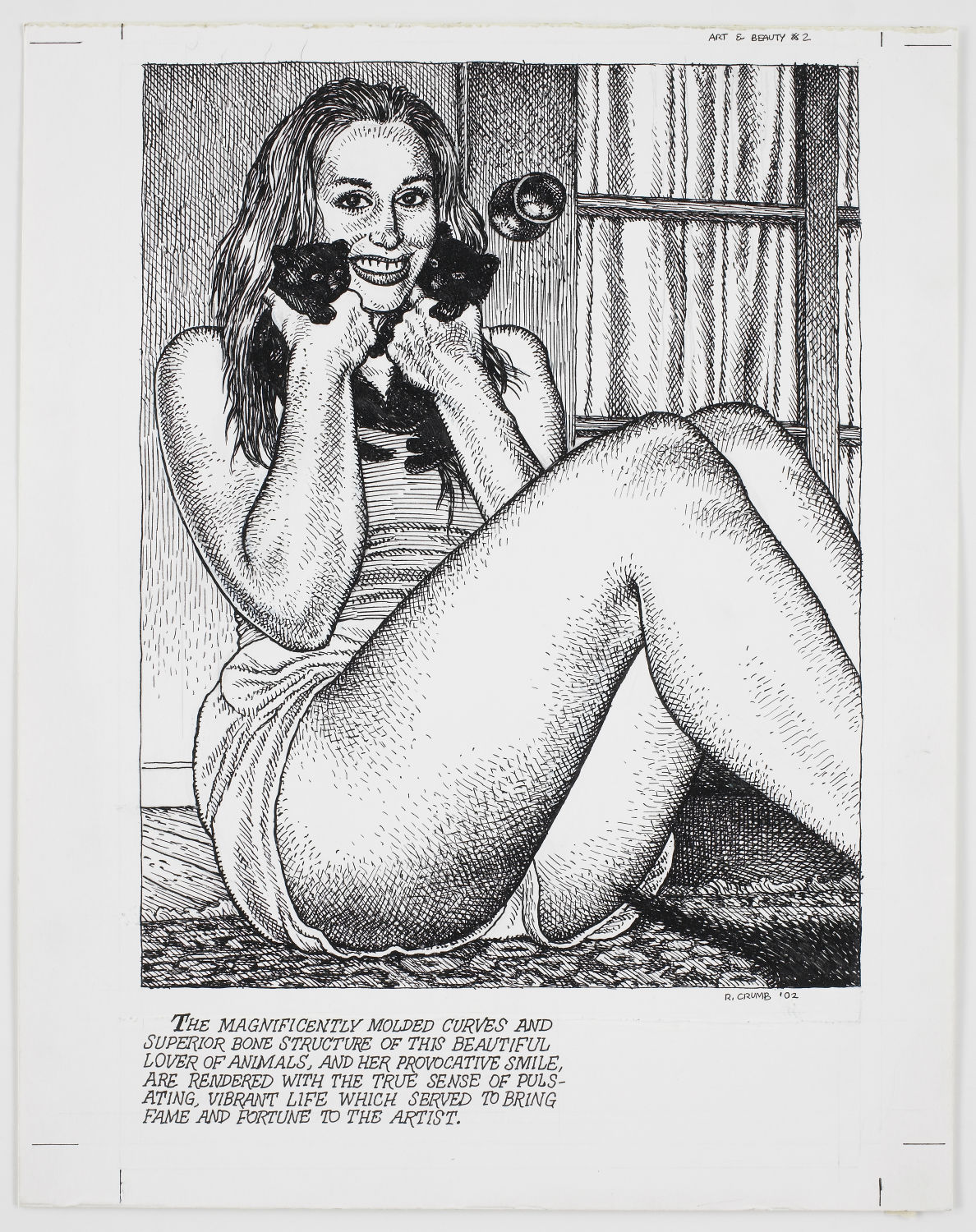 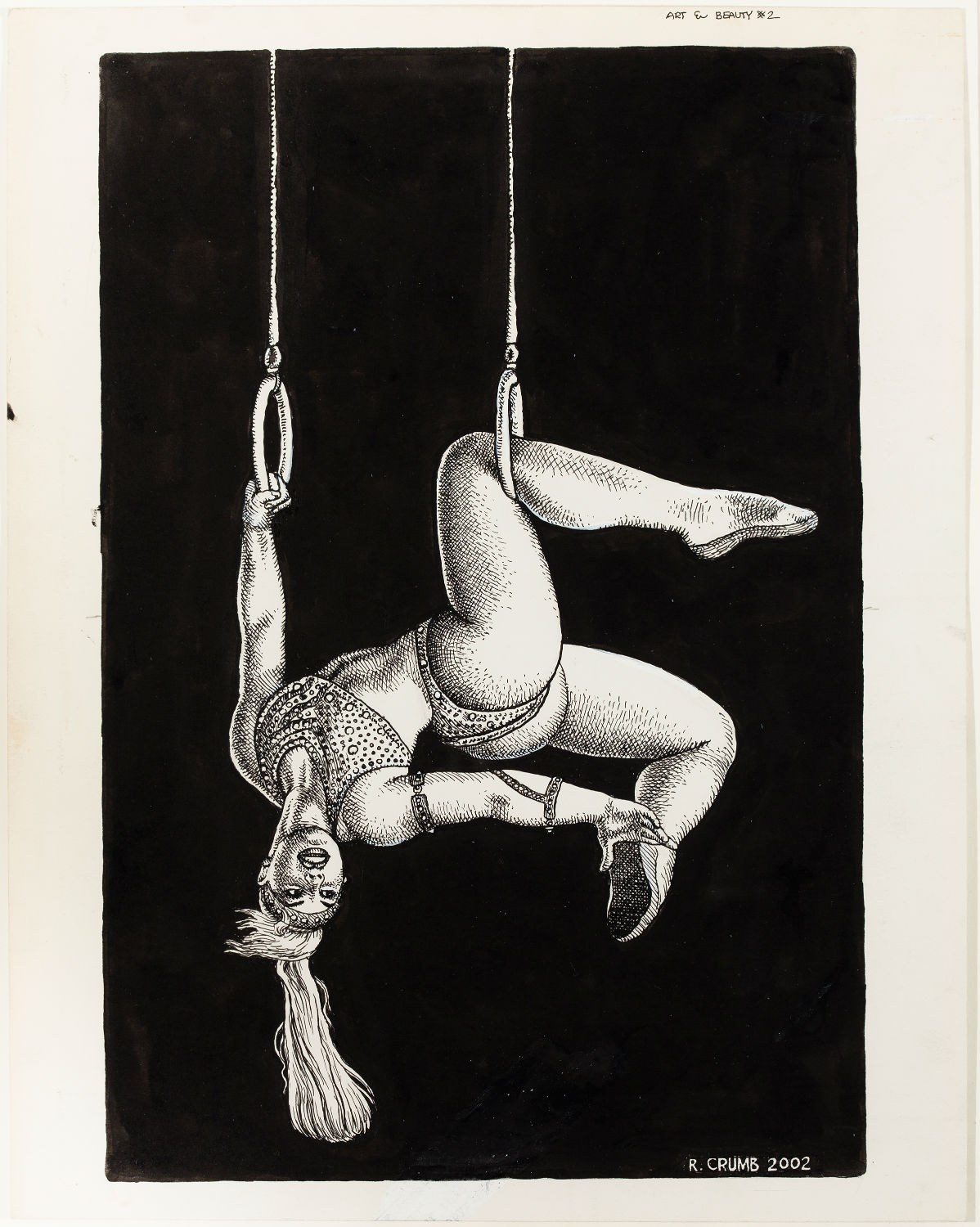 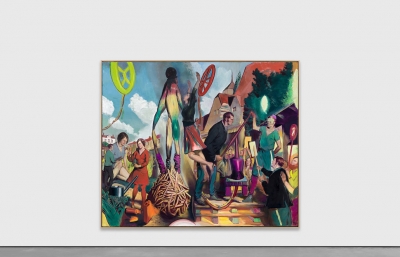 This April, David Zwirner will present R. Crumb’s inaugural exhibition at the gallery in London, featuring drawings from his Art & Beauty magazines. Initially published in 1996, the artist recently completed the highly anticipated third volume in the series, and the show marks the largest presentation of the project to date.

One of today’s most celebrated illustrators, Crumb helped define the cartoon and punk subcultures of the 1960s and 1970s with comic strips like Fritz the Cat, Mr. Natural, and Keep on Truckin’. The overt eroticism of his work paired with frequent self-deprecation and a free, almost stream-of-consciousness style have solidified his position as a renowned and influential artist, whose work addresses the absurdity of social conventions and political disillusionment.

Combining iconography from comic books, art history, and popular culture, Art & Beauty portrays a broad selection of images of female figures in diverse settings. The inspiration for the series is linked to Crumb’s avid collecting of vintage underground paraphernalia including records, flipbooks, and specifically, Art & Beauty, a catalogue published during the 1920s and 1930s featuring semi-erotic images of life models for art lovers and aspiring painters—an early example of a top-shelf magazine.

Following a similar format as the older publication, Crumb has selected his own cast of female figures from tabloid celebrities, sport stars, life models, friends, and strangers, and accompanied them with journalistic-style commentary and quotations from other artists such as Leonardo da Vinci, Paul Cézanne, and Andy Warhol. The poetic, even philosophical, prose mirrors the romanticized language of the former magazine, but becomes tinged with a subtle sarcasm and self-mockery that destabilizes the relationship between image and caption. Crumb humorously lets his own obsessions and fantasies merge with cultural stereotypes and bigotries from the past and present to create an at once personal and exaggerated typography of women.

In the works from the latest volume, presented here for the first time, Crumb continues to investigate the intersection of art and beauty through drawings based on photographs from magazines, life studies, and in a departure from the earlier issues, camera phone snapshots from city streets and selfies purportedly emailed to the artist. Women close to the artist are prominently featured, including his wife Aline Kominsky-Crumb and Eden Brower of Eden and John’s East River String Band, a group Crumb often performs with, as are household names such as the tennis player Serena Williams and reality television personality Coco.