Andrea Wan Will Blow Your Mind 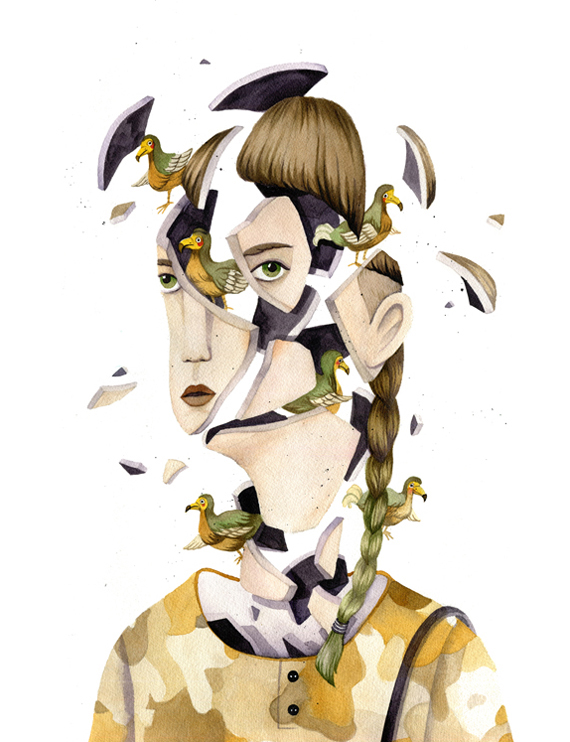 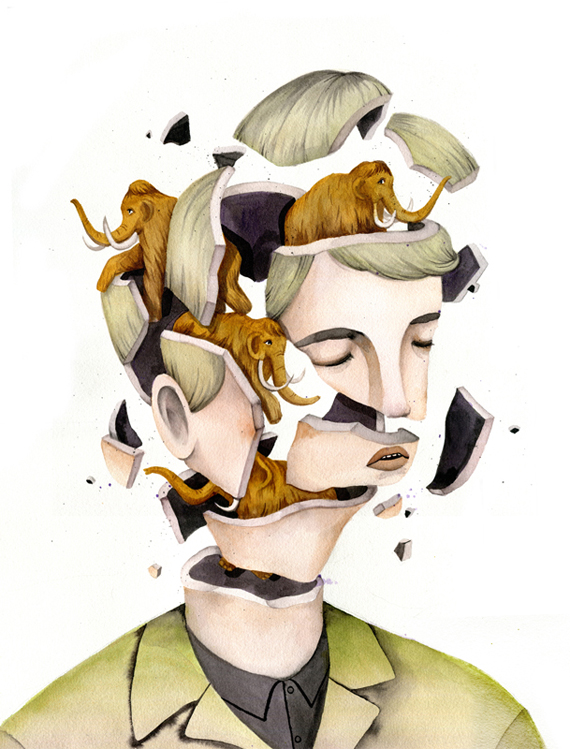 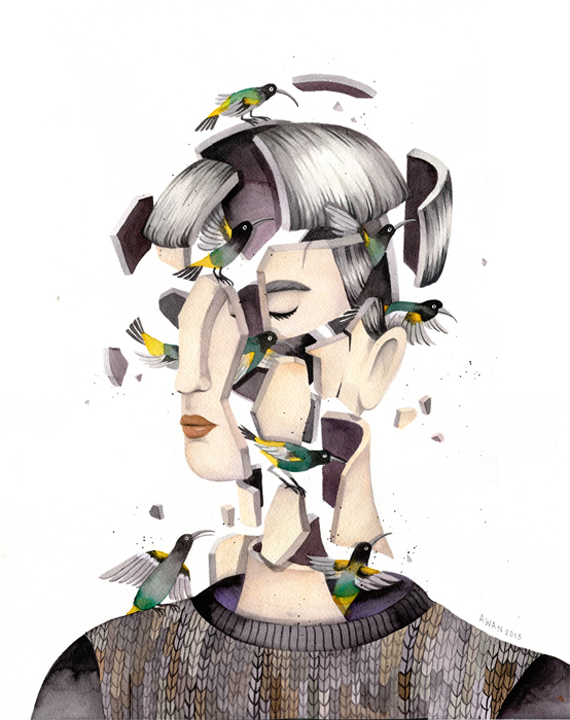 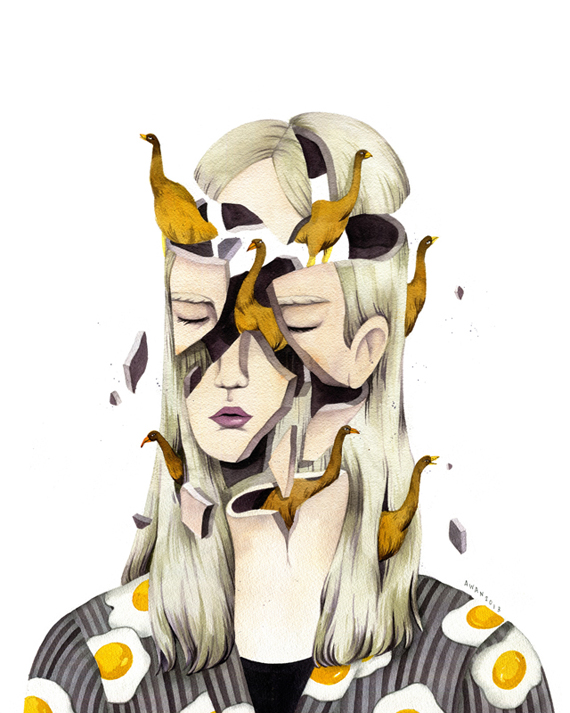 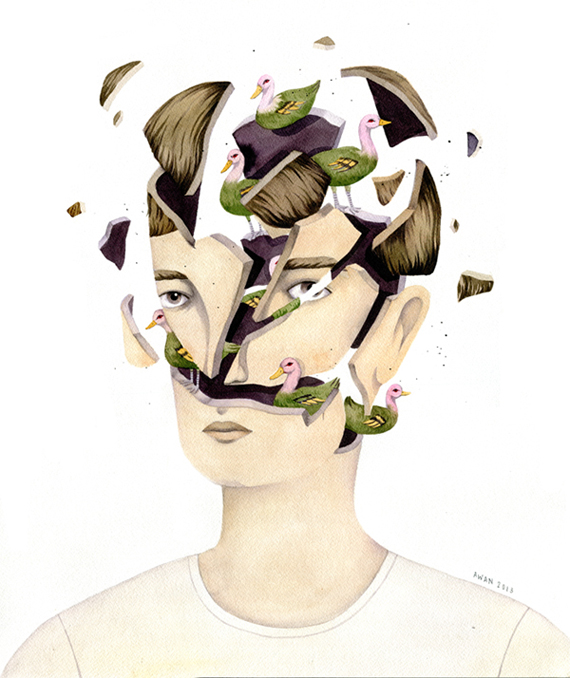 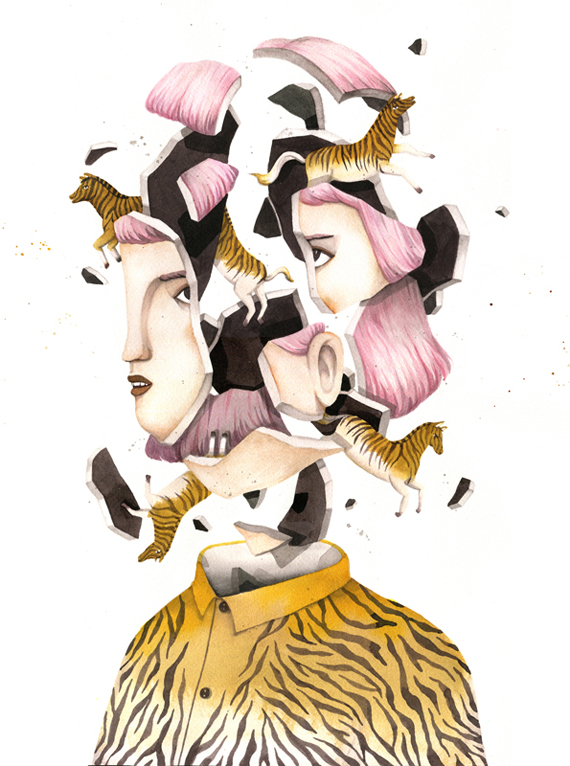 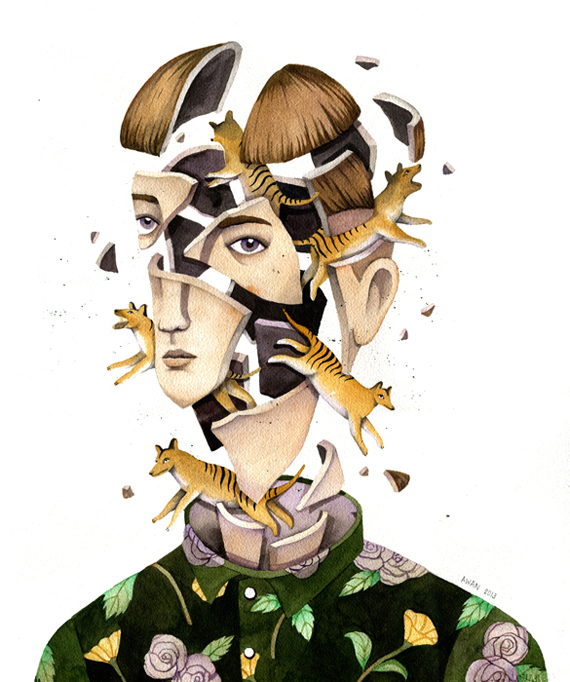 We’re huge fan’s of Andrea Wan, and have posted extensively about her illustrations in the past. We’re excited to share her recent series, "Exploding Heads."

In her signature quirky style, Wan depicts her subjects’ heads exploding, revealing interior worlds filled with creatures. The animals depicted are all extinct: mammoths, Tasmanian tigers, dodos, quaggas, mamos, pink-headed ducks, and moas. Some of the animals are prehistoric. Some, like the mamo and the dodo, became extinct by human hands.