Red Bull Arts New York Produces “RAMMELLZEE: It’s Not Who But What,” Examining the Groundbreaking Artist

Elaborating on the ornate and abstract visual language of wild style graffiti, Rammellzee decided to create his own Alphabet, arming the letter for assault against the tyranny of our information age. A visionary, polymath and autodidact, Rammellzee infused urban vernacular with a complex and hermeneutic meta-structure that was informed equally by the illuminated manuscripts of the Middle Ages, the history of military strategy and design, radical politics and semiotics.

A persistent and formidable figure in New York’s Downtown scene since he moved from his childhood home in the Rockaways and relocated to a studio in Tribeca in the late ’70s, Rammellzee garnered a legion of followers (notably including A-One, Toxic and Kool Koor) to his school of Gothic Futurism and stormed public consciousness with his performances in films like Charlie Ahearn’s Wild Style and Jim Jarmusch’s Stranger Than Paradise. His most famous collaboration, however, was with his one-time friend and life-long nemesis Jean-Michel Basquiat, who immortalized him in his masterwork Hollywood Africans and produced Rammellzee’s signature single “Beat Bop,” releasing it on his own label, Tar Town Records. To this day, it is considered one of the foundational records of hip hop. After enjoying much success in the art world in the ’80s, Rammellzee would turn his back on the gallery system and spend the rest of his life producing the Afrofuturist masterpiece The Battle Station, in his studio loft.

Guided by his treatise on “Ikonoklastik Panzerism,” the first manifesto he wrote while still a teen, Rammellzee was at once the high priest of hip hop and a profoundly Conceptual artist. In his expansive cosmology, born of b-boy dynamics, the wordplay of rap and the social trespass of graffiti, Rammellzee inhabited multiple personae in an ongoing performance art where identity and even gender became fluid and hybrid. Over the past two decades of his life, increasingly focused on his studio practice, he created a mind-blowing universe of Garbage Gods, Letter Racers, Monster Models and his surrogate form, the vengeful deity of Gasolier. Though his art, working with toxic materials, and lifestyle brought about an early death in 2010, his ideas and art remain a legacy we’ll be trying to figure out for generations to come. —Carlo McCormick

Carlo McCormick is co-curator of RAMMELLZEE: Racing for Thunder, on view at Red Bull Arts New York through August 26, 2018.

The video above is the Red Bull Arts New York produced film, “RAMMELLZEE: It’s Not Who But What,” written and directed by Oscar Boyson and produced by Elara Pictures 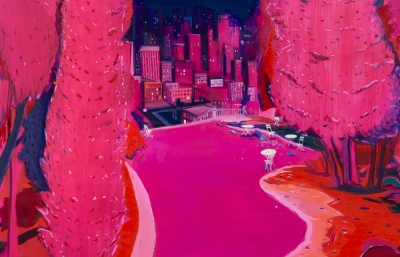 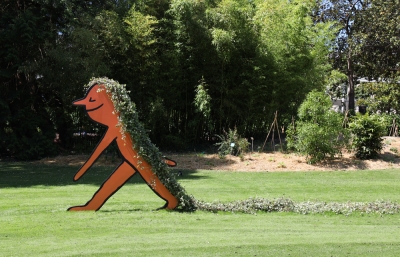