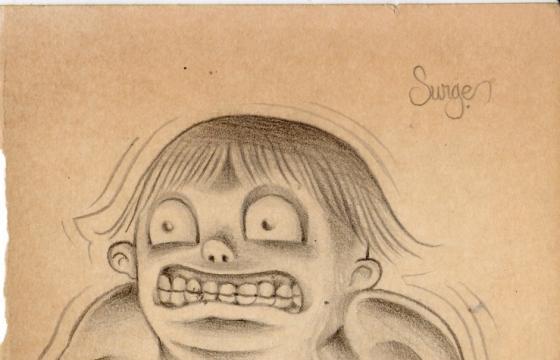 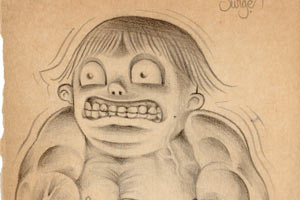 Dabs Myla's big Marvelous Expeditions show is coming up on Sat, Sept. 1st at Thinkspace. The duo have put together a fun lil' set of questions combining some of the favorite questions they've been asked over the past few years as well as a few show specific travel related questions to spice things up. Today, the speak with Sergio Hernandez, aka Surge MDR. 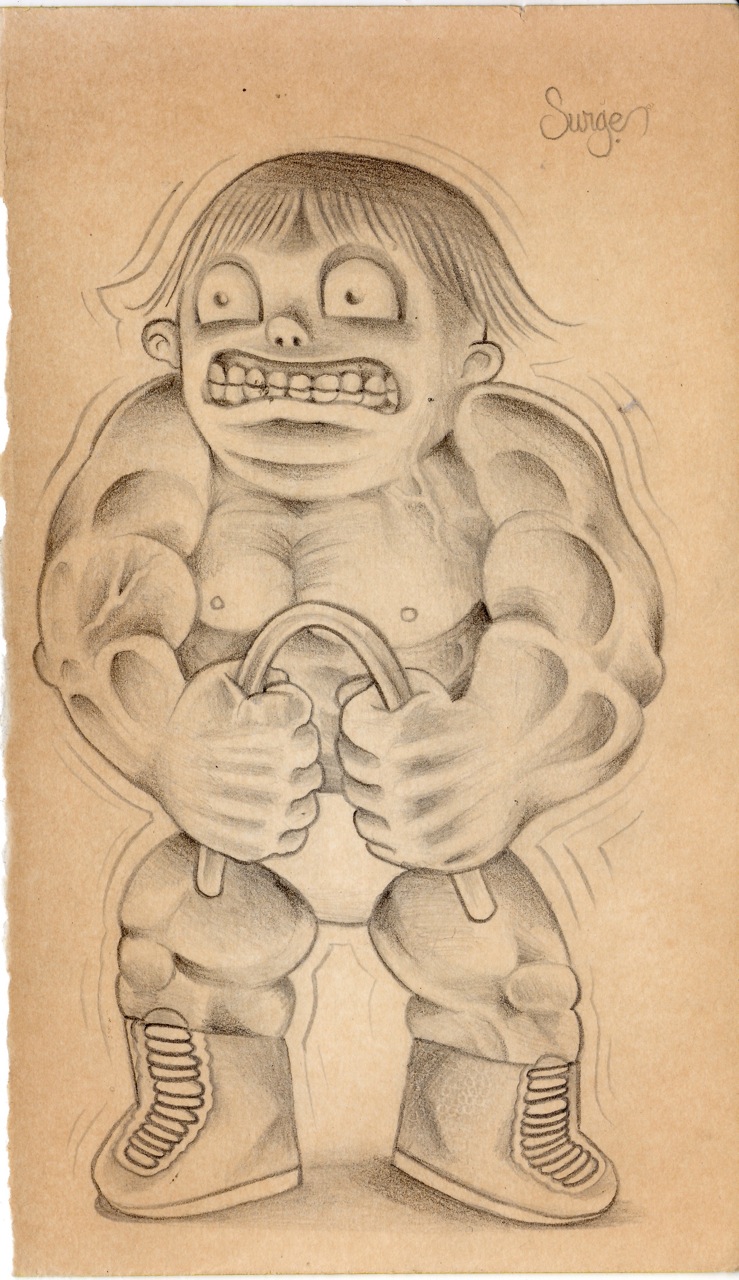 Dabs Myla's big 'Marvelous Expeditions' show is coming up on Sat, Sept. 1st at Thinkspace. The duo have put together a fun lil' set of questions combining some of the favorite questions they've been asked over the past few years as well as a few show specific travel related questions to spice things up. Today, the speak with Sergio Hernandez, aka Surge MDR.

This special exhibit will feature over 20 new works from Dabs Myla, a huge installation with a very special guest artist helping out (details to follow) and a group show they have curated featuring 32 of their friends all creating works on 16x20 cradled wood panels provided by the duo and built by Craola's dad George Simkins.

Thinkspace is pleased to present the highly anticipated 'Marvelous Expeditions' by Dabs Myla and Friends. In the spirit of travel and all things wonderfully itinerant, acclaimed duo Dabs Myla will take over the gallery space and will feature new work and an installation alongside curated selections from 30 of their closest and most inspiring artist friends. The gallery will in effect become a locus of meeting and communal exchange, as artists from all over the world are brought together by Dabs Myla to share their experiences of traveling through its landscapes.

'Marvelous Expeditions' showcases the duo’s love of friends, collegiality, exchange, and the proliferation of vision and variety that thrives alongside constant movement and displacement. These are the exploratory impulses of travel that lead to constant revisions, reconstitutions, influences, and to the indelible encounters that change everything. 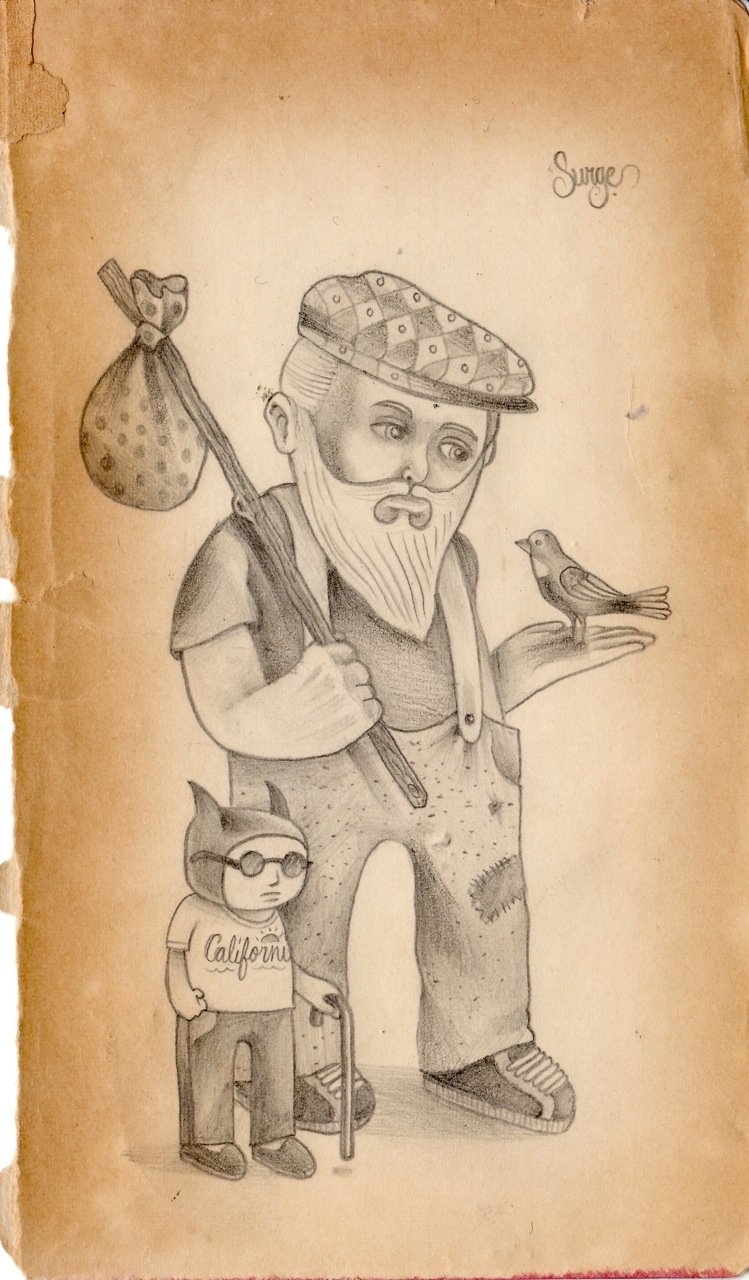 In conjunction with Marvelous Expeditions, Dabs Myla will be curating the Thinkspace project room with new work by Sergio Hernadez (SURGE MDR). Hernadez is an artist informed by a multiplicity of media and styles deeply rooted in the culture of the urban landscape. Known in the San Diego graffiti community as SURGE MDR, his work has continued to inspire Dabs Myla and elicit their admiration.

Born and raised in San Diego, CA, Hernadez has felt a life long filial connection to Tijuana Mexico. As a child, he frequently visited and was inspired by the hand painted advertisements throughout the city, a sort of prototypical forerunner to his interest in graffiti and the city as a canvas. He studied painting and printmaking, and received a BFA from San Diego State University in 2004. Hernadez’s painting and drawing practice is inspired by the city, and the characters and encounters from his life. His work is often memory and narrative based, and is founded in the stories from his childhood or those gleaned from experience. The work is at times playful, and at times dark, but the characters that proliferate his stories are intended to be universally enjoyed by children and adults alike, an inspiration from his wife and children. His prolific work as a graffiti artist, tattoo artist, illustrator, and painter speaks to his dexterous, and graphic, versatility.

Last time you traveled? To where?

Last place I traveled to was tijuana to paint some gutter spot. It was a blast. 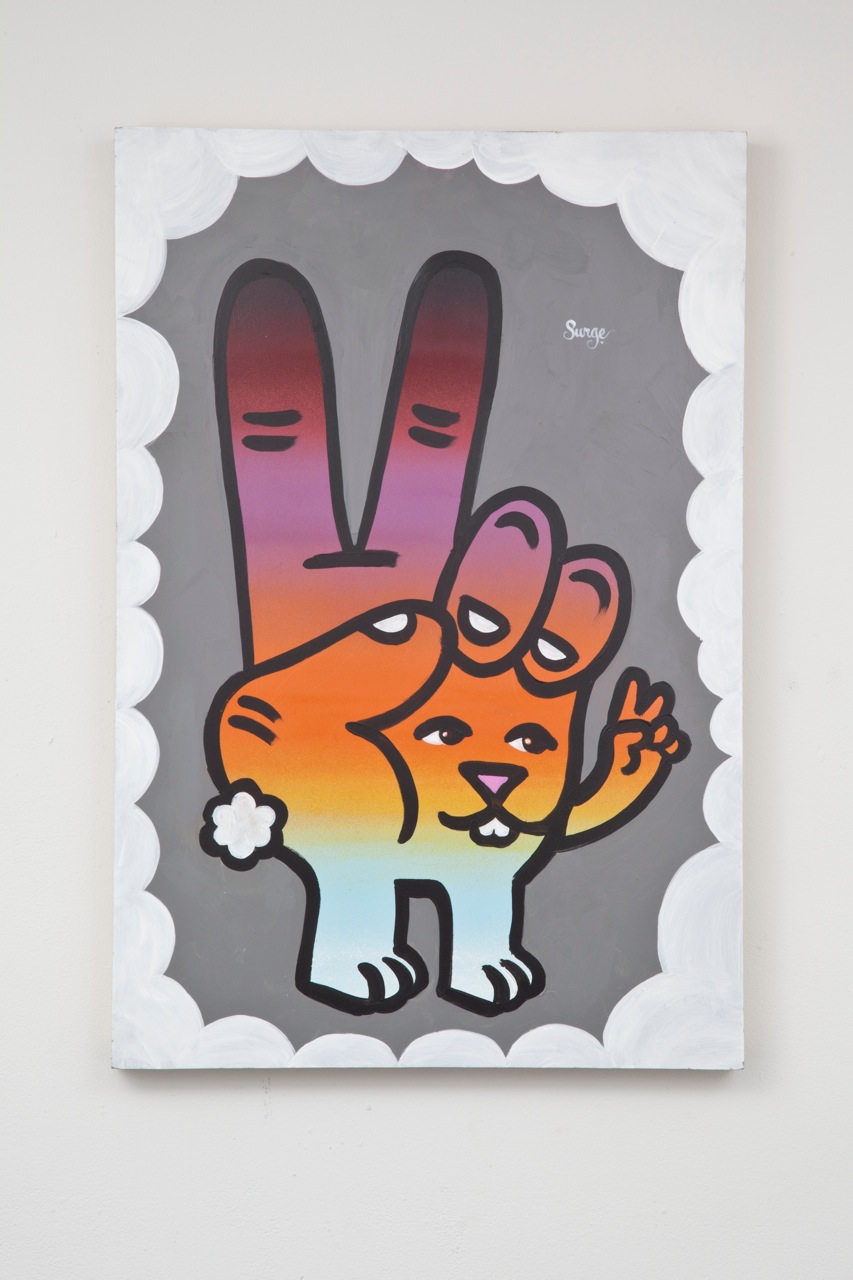 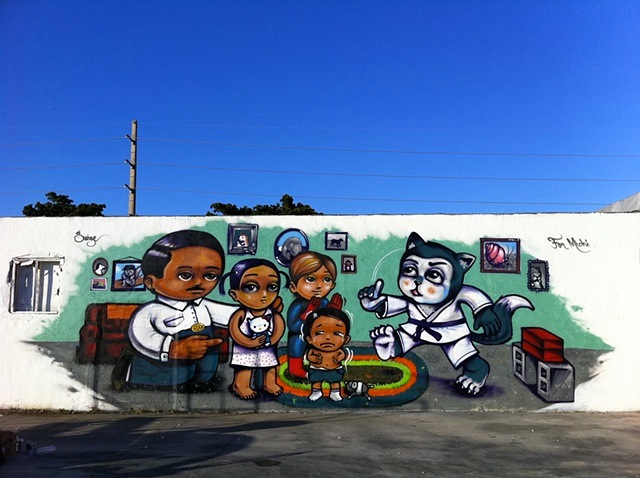 Pilot seat. I ain't no chicken!

What is your favorite road trip song / artist or album?

Ennio Morricone is the king of the road. 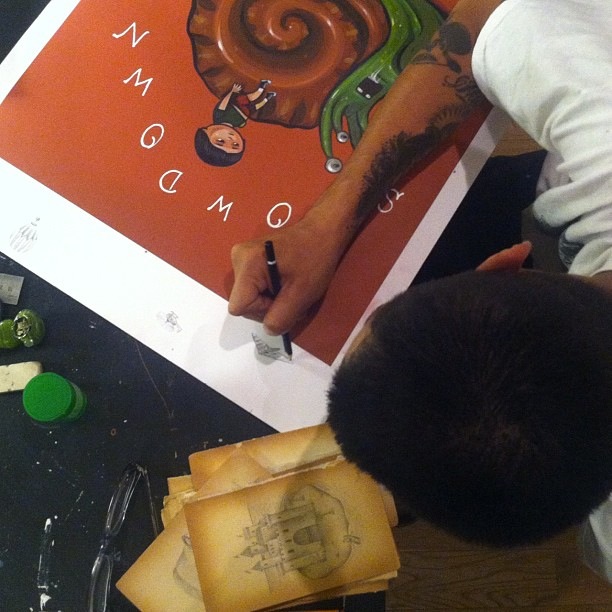 What fuels you to keep creating?

Please describe your dream project if time and money were not issues.

A 3 story marble sculpture of the Hit Me Up phone. 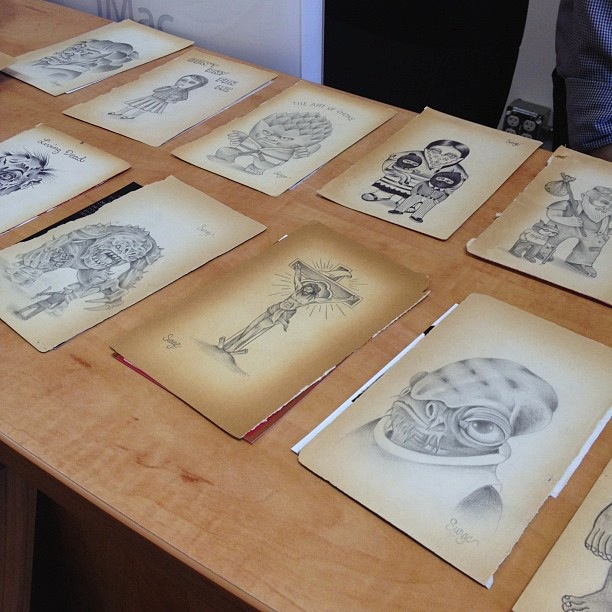 Do you have a favorite item from your studio that you always make sure you take on a trip? For example... reference book, lucky balaclava, favorite brush etc..

As A Man Thinketh. It's a book 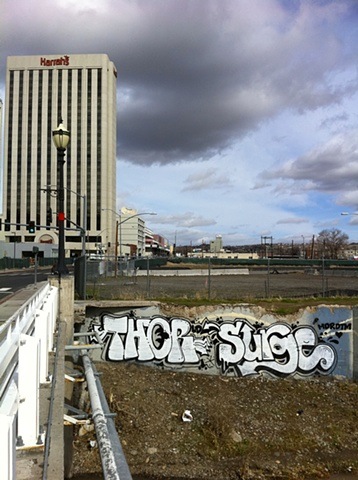 If you could collaborate with one artist, living or dead, who would it be?

Painting subways with Blade in the 70's would have been pretty rad. That or working on a comic with Robert Crumb.

Ever picked up a hitch hiker?... Have you ever been a hitchhiker?

I hitchhiked through the island of Maui. At one point I ended up in a car with what sounded to me to be an Islamist extremist. That was a really strange day because I hitched a ride back on a small plane piloted by a kid that was no older than 18.

Something you wish you would have known 5 years ago?

5 years ago I wish I knew that time is an illusion that enslaves. 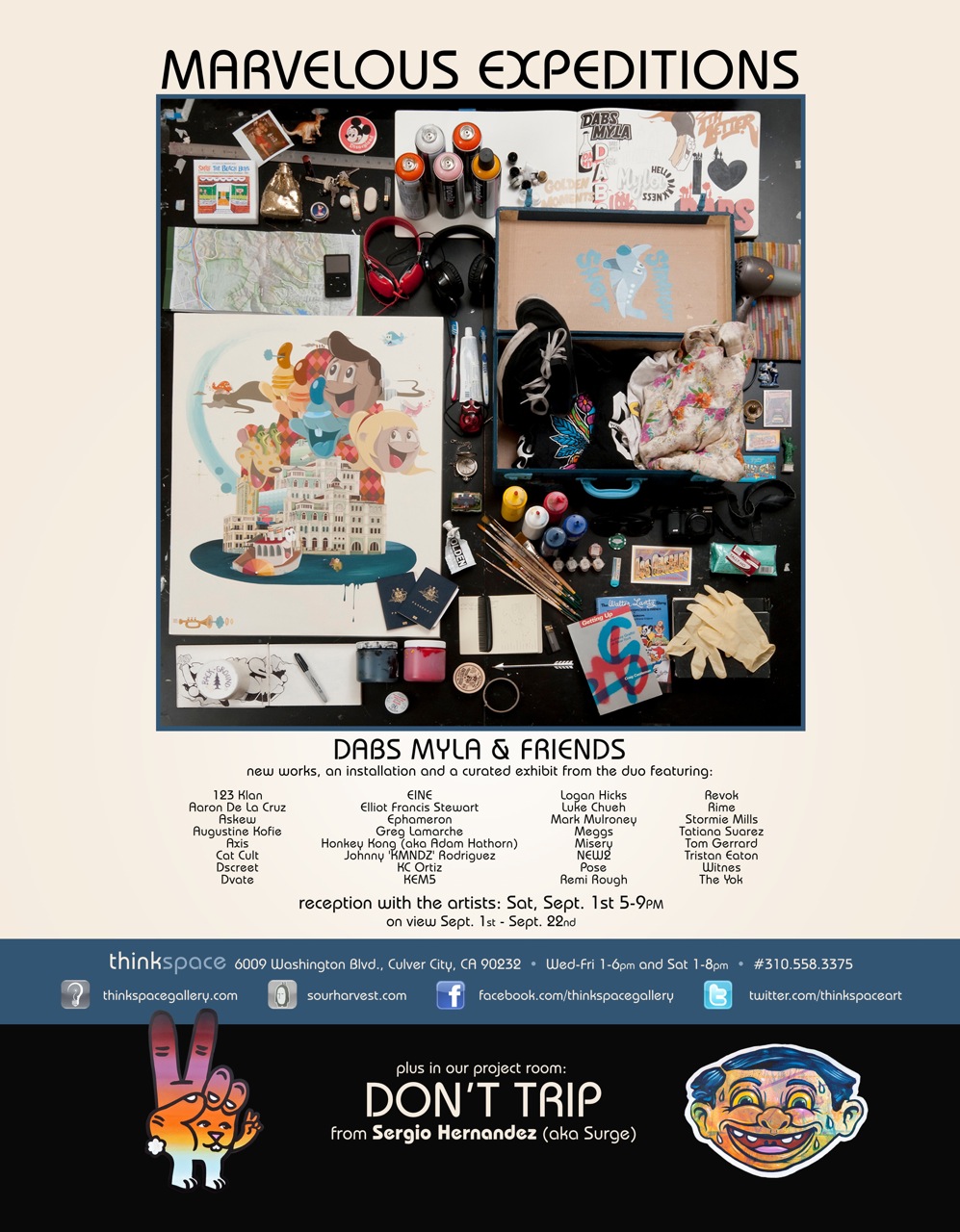