Ahead of his collaboration with Vault by Vans and Leica Camera AG we spent the day talking with skate legend, photographer, and musician Ray Barbee. The sources of our creativity come from a place within us that is naturally difficult to articulate. The resulting short film strips away context, color, and familiar visual cues, asking the viewer to sit in a quiet, reflective space with Ray as he shares his thoughts with us on purpose, style, communication, and the process of collaboration. Watch it above and read an extended excerpt from our conversation below.

The Vault by Vans x Ray Barbee “Capturing the Journey” is available at Vault by Vans retailers. For more information and where to purchase, please visit The Drop List, a calendar of Vans’ most exclusive product drops. 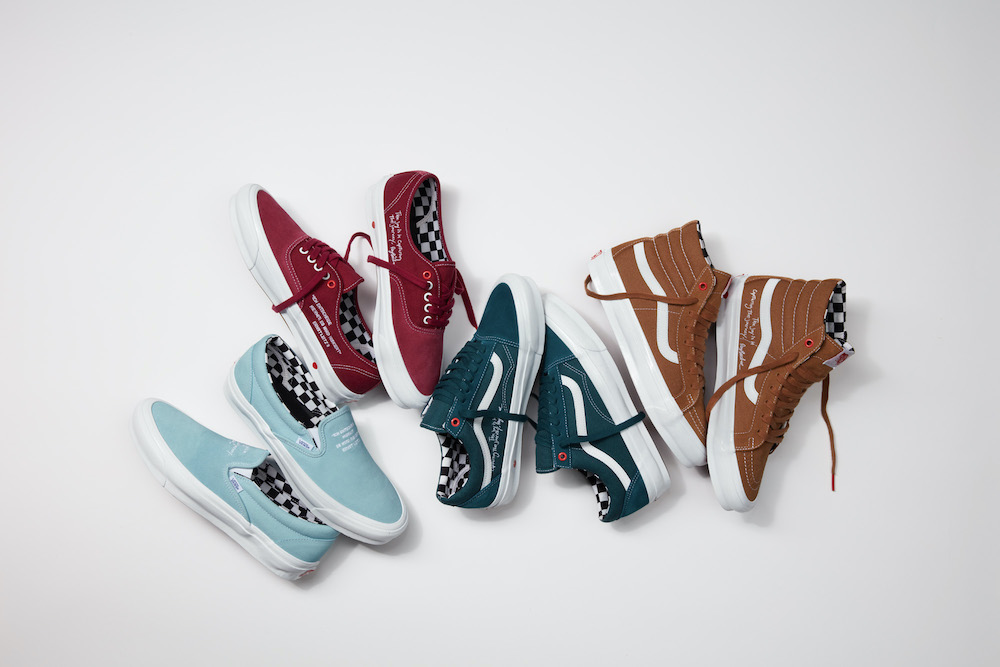 Juxtapoz: We were talking about what draws you to photograph a certain subject. What do you think it is that people respond to when they see or hear something you've created?
Ray Barbee: I think people can respond to the integrity of your craft. I think sometimes that's more felt than understood because there's something in the craft itself that is attractive or allows people to be able to experience it. Outside of that, unless you were to sit each person down and ask them, you know what I mean? But I don't really concern myself with that. I understand that my emotional connection is what actually made this thing happen. And that's it. What happens from there that's each individual to make on their own, as they see it, they either care about it or don't.

But in whatever form, is that emotional connection you had what is communicated through the medium you are working in?
I have to be excited before I can imagine somebody else being excited about it. I just want to do something that I can be excited about and if others are excited, awesome. But if not, then... you know what I mean? The last thing I want to do is not be excited and then others not be excited. Then what are we doing?

Where does style come from? How important is it to improvisation?
I think style is just a way of kind of categorizing someone's creative identity. So then it becomes how well are you in expressing yourself and communicating what you're expressing? If it's photography, I feel like it's like a language. I think of composition as a language. If I didn't learn the English language and I'm just talking jibberish right now, you're only going to hold someone's attention for so long. So in a lot of ways, and if we're talking about photography, then the language of composition is very important. If I'm presenting something to somebody then I should make the effort to communicate it in a way where it can be understood. If I'm just doing something for myself, then it doesn't matter because I can create my own language and just talk to myself. But if I'm trying to communicate with somebody, then I should learn the language, you know what I mean? I guess what I'm trying to say is that hopefully, a part of anybody's style is the ability to communicate as clearly as possible within the medium they are in.

What parts of the process do you find the most enjoyment in?
For me, the enjoyment of it is the actual engagement. My dog, when I'm walking him, he's just on a mission to find food. That's what it looks like. He's just sniffing it out and that's his deal, you know what I mean? And it's kinda like that, where it becomes the experience. You can tell that what he does is instinctual. I don't think he's thinking. In a similar way, going around with your camera, you're just kind of instinctually noticing things. It's just the process itself, that experience of turning anything into something engaging. There's nothing more fun than traveling and getting to a new place and absorbing it through a camera. And once I started getting excited about shooting and printing in the darkroom, man, it's just added so much more enjoyment to what I already enjoyed because it adds more layers of things to be appreciated.

How does that excitement differ as you work in different mediums, whether it's music or designing a shoe for Vault by Vans?
It's all the same stuff, you know what I mean? You're just trying to arrive at a result. That's exciting. All of that is so fun for me, and the talent of my friends at Vans. I love that whole process. And then to finally end up with like, wow, like to me, this shoe is like the print, if you will, for what we bought up in our heads. And now it's just like, wow, this is it. The cool thing is it looks better than I thought it would, which isn't always the case. Any time you can have an idea and then see it come into fruition, especially something where you're seeing mock-ups on the computer in 2D, and you can look at the samples and the sample is not quite there, but then when you finally get to the actual product and it's there... that makes it all worth it.

Juxtapoz and Vault by Vans Present: Ray Barbee was directed by Justin Carlson and Alex Nicholson. Music was composed by Csisterna and color by Andrew Francis.