Exclusive Preview: Obey Your Master: A Tribute to Metallica @ Exhibit A Gallery 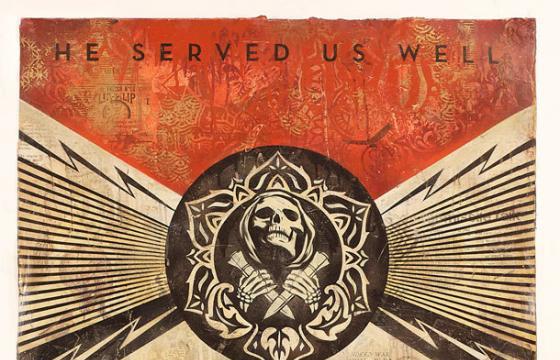 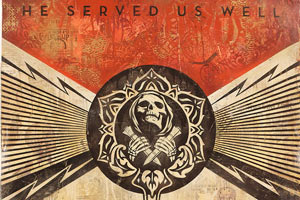 Exhibit A Gallery's Obey Your Master: A Tribute to Metallica opens a week from today in Los Angeles—and we have your exclusive look inside what's to be expected from this group of A listers. On view here are a preview of the original works created for the show by Shepard Fairey, Nicola Verlato, Brian M Viveros, Gail Potocki, Patrick Fogarty, followed by what the band and their music mean to each artist. 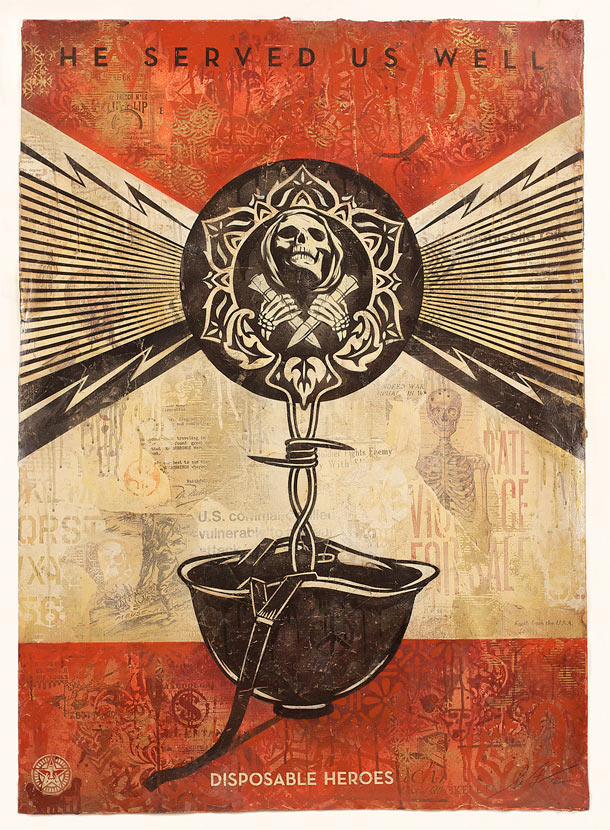 Exhibit A Gallery's Obey Your Master: A Tribute to Metallica opens a week from today in Los Angeles—and we have your exclusive look inside what's to be expected from this group of A listers. On view here are a preview of the original works created for the show by Shepard Fairey, Nicola Verlato (oil on canvas), Brian M Viveros (oil/mixed media on maple board), Gail Potocki (oil on linen), Patrick Fogarty (sculpture), followed by what the band and their music mean to each artist.

While the opening is invite only, the exhibition is open to the public beginning Monday, January 23, 2012. Limited edition Shepard Fairey prints of his piece will be available, as well as a limited number of "Obey Your Master" Alva Exhibit A Gallery skateboard decks, with the proceeds going to the Children's Hospital of Los Angeles.

Shepard, about his work above:

“From the first 30 seconds of ‘Fight Fire With Fire’ I was hooked. Metallica first appealed to me because the aggression and rage in their music mirrored my own teenage feelings of frustration. I could vent my anger vicariously through Metallica, and directly by grinding curbs and coping on my skateboard. The visceral musical experience of Metallica stood my arm hairs up, but as I listened to their lyrics I realized that there was depth and social commentary not demonstrated by most metal bands. I was already a fan of punk bands like the Dead Kennedys and the Clash, who voiced strong opinions in their lyrics, but Metallica bundled the heaviest, most intense music with lyrics examining war, conformity, abuse of power, cycles of violence, and mental and emotional fragility. I became a vocal Metallica disciple in the mid-‘80s, making a homemade Metallica tee—the first of several—and converting many of my high school friends into fans of the band. Because I’m a visual artist, I don’t think it hurt that Metallica has a badass logo and album art, but I’m mostly a huge fan because of the trinity of great music, great social commentary, and great art. Oh yeah, and Hetfield has serious cred for breaking his arm skateboarding.” —Shepard Fairey 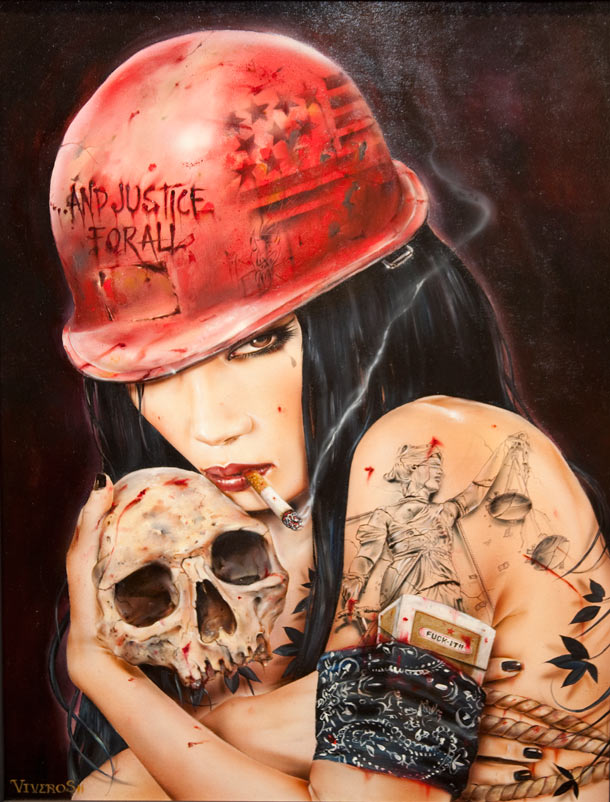 “VIVA METALLICA! Hands down to the OG greatest metal band of all time and still killin’ it. They’re truly an inspiration to my work and me. My go-to album when painting is Master of Puppets. I remember listening to this album back in the day and being blown the fuck away. So powerful, still gives me chills. It’s about time we pay homage to the masters of metal with this amazing art exhibition that I’m so honored to be a part of.” —Brian M Viveros 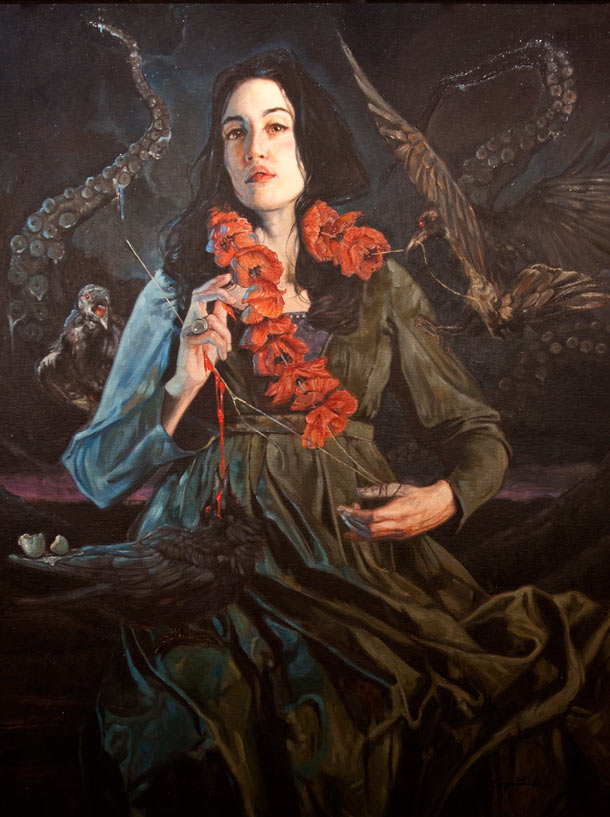 “I can’t remember the first time I heard Metallica. They were one of those bands that I ‘heard about’ more than you would find on the radio. But more than anything, they were in my brain before I knew it. I think that a big part of what I like in art is when something that would be considered terrible is grasped, wrestled, and transformed into something beautiful, and Metallica has always represented that to me.” —Gail Potocki 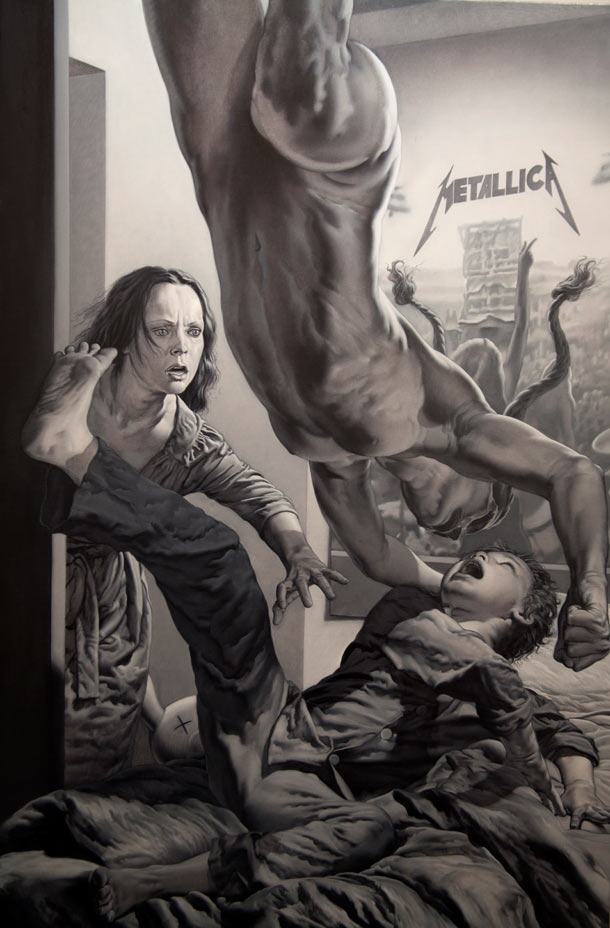 “The Moscow concert of 1991 makes me feel that the gods are back once again on our wasted land: hundreds of thousand of people transformed into an immense ocean where towering black monoliths reach the sky traversed by the menacing flight of helicopters which guard over the screaming of the land… Only Metallica’s hypnotic guitar riffs, incessant beating of the drums, and powerful epic lyrics, could achieve such grandeur. I wish I was there.” —Nicola Verlato 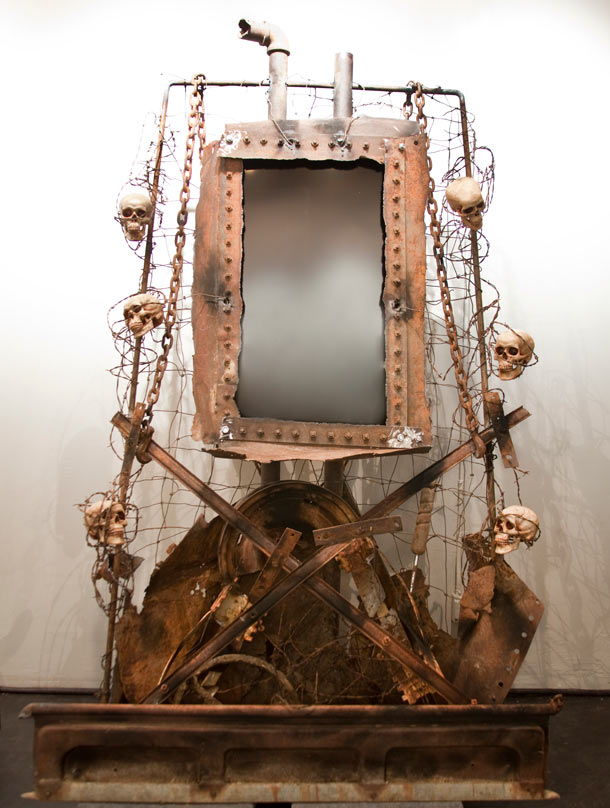 “Imagine how difficult it must have been to become Metallica without a band like Metallica out there to emulate.” —Patrick Fogarty 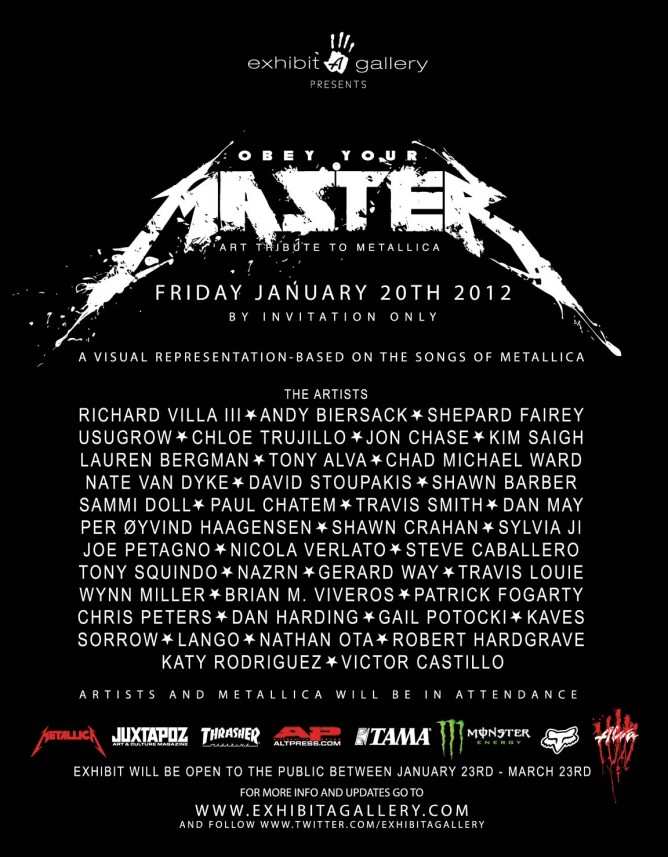 All images photographed by Sammi Doll, except Shepard Fairey's work courtesy of Shepard.